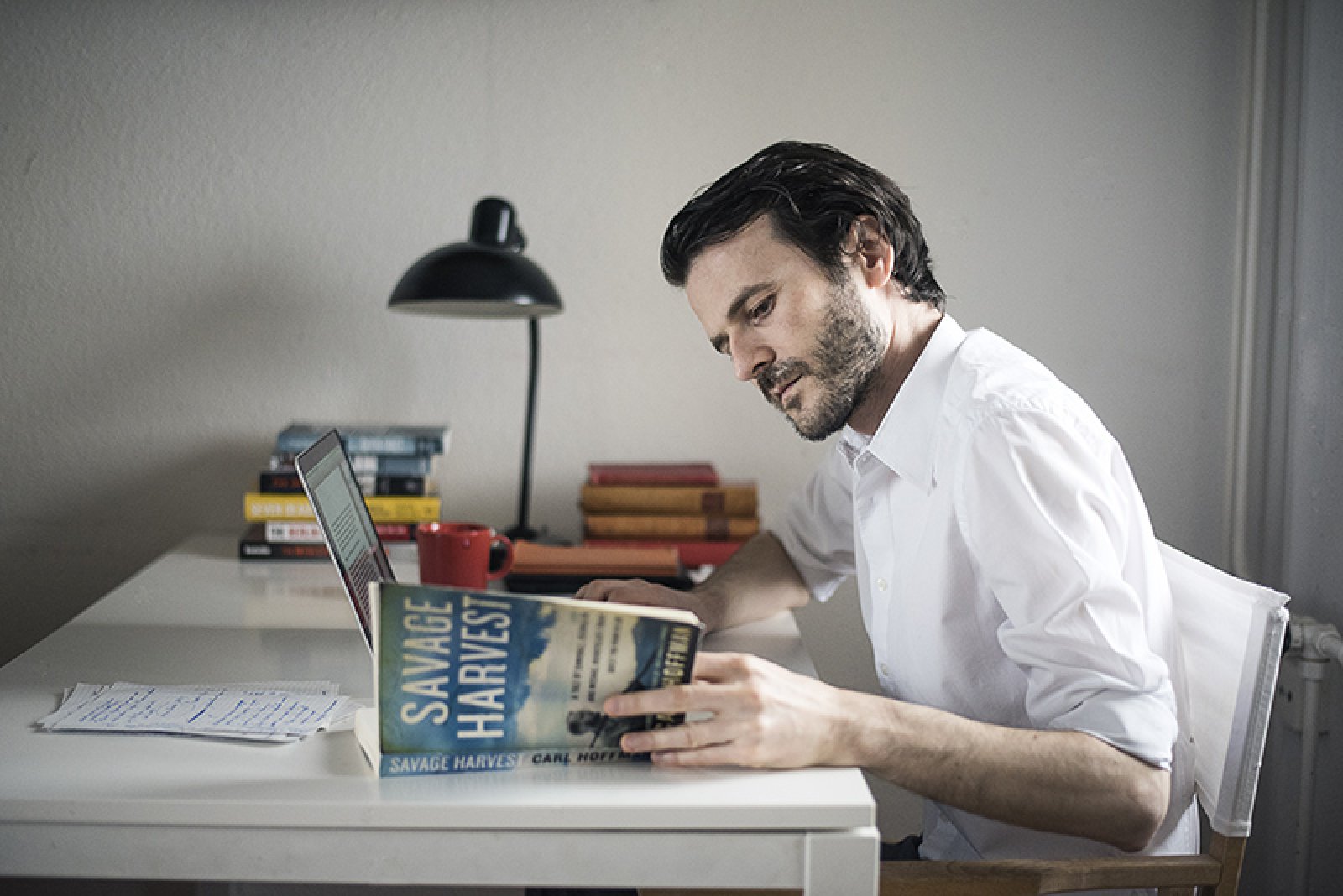 If you are a fan of Bulgarian documentary films, there is no way you missed his Dad Made Dirty Movies (2012) – a story about Stephen Apostolof, the most successful Bulgarian in Hollywood. It is the work of film critic, journalist and director Jordan Todorov.

If you are a fan of Bulgarian documentary films, there is no way you missed his Dad Made Dirty Movies (2012) – a story about Stephen Apostolof, the most successful Bulgarian in Hollywood. It is the work of film critic, journalist and director Jordan Todorov. He debuted in 2010 with Concrete Pharaohs, a journey exploring the lifestyle and traditions of one of the most closed off and intriguing Roma groups in the country. Readers of the magazines L’Europeo,Vice, Abitare, Max and Amica know him as the author of many memorable articles. He now lives in Berlin where he is also keeping quite busy. 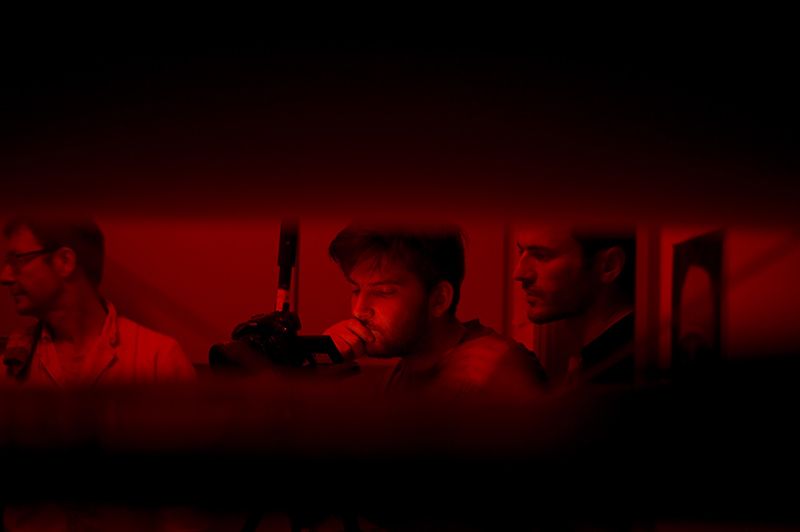 Jordan Todorov with cameraman Dobrin Kashavelov in the studio of photographer Will McBride during the filming of a documentary about him in September, 2014, photo: personal archive of Jordan Todorov

… A city-conglomerate on the border between east and west. Burned down, leveled to the ground, divided and slowly and painfully united. A city of exiles – it took in the Huguenots after their expulsion from France in the 17th century, Jews in the time of Friedrich II, Kafka came here in 1923, disgusted by the antisemitism of Prague, the Black singer Josephine Baker, who became one of the stars of the Weimar Republic. In 1930, writer Christopher Isherwood fled to Berlin from homophobic and conservative England. David Bowie also came here in 1976, on the verge of physical and mental breakdown, on the recommendation of Isherwood himself…

Photographer Will McBride in his studio in September, 2014, photo: personal archive of Jordan Todorov

How long have you been in Berlin and how does the city inspire you?

I came here in April of 2014. Berlin was infinitely liberating for me. Many people come here and get drawn into the whirlwind of the carefree life and spend their time going from one party to the next. Strange as it may seem, Berlin had the exact opposite effect one me – it gave me discipline. 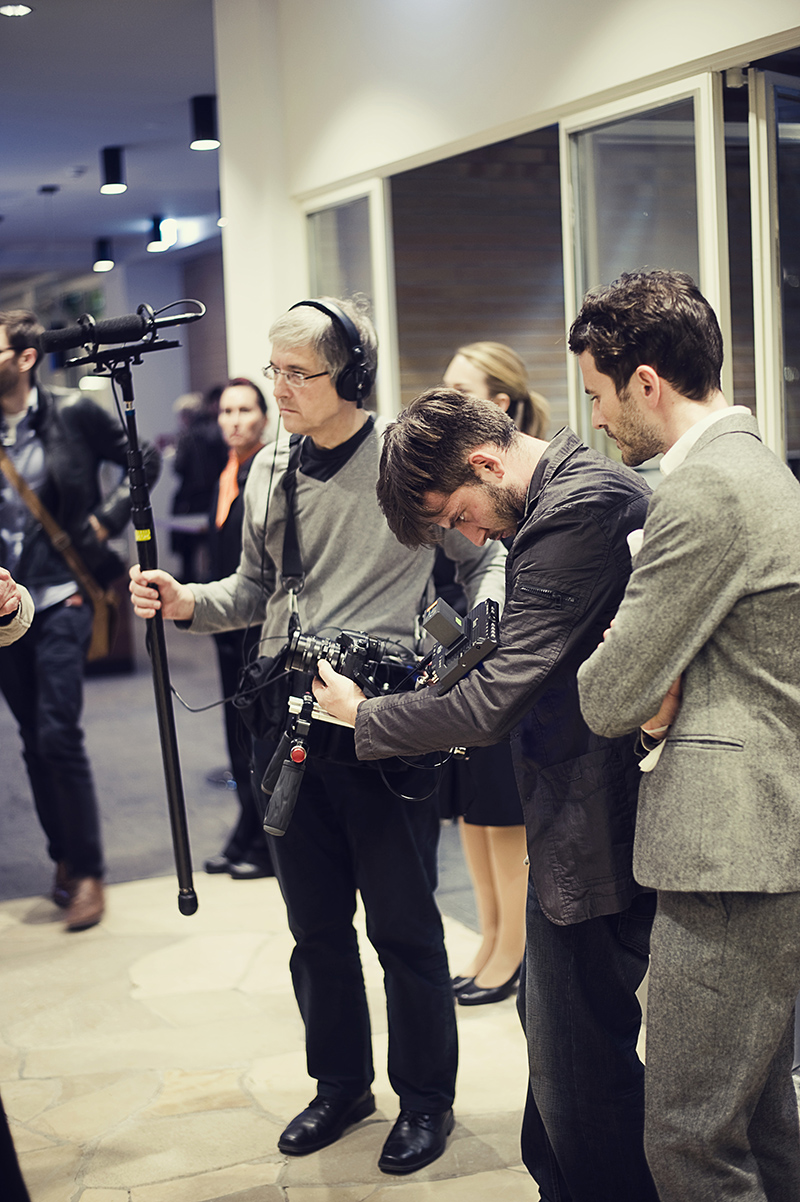 Jordan Todorov with cameraman Dobrin Kashavelovr in September, 2014, during the shooting of the film about the photographer Will McBride, photo: personal archive of Jordan Todorov

What serves as your creative engine – symbolically and practically?

The pursuit of a well-told story and deadlines.

What kinds of stories captivate you and how do you know which ones deserve to be told?

In most cases, there is an element of eccentricity, even absurdity, in the stories I tell.

23-year-old Michael Rockefeller, who was eaten by tribespeople in Papua New Guinea, is the protagonist of the book Savage Harvest, photo: personal archive of Jordan Todorov

How does one discover a well-forgotten story?

Most often by accident. Another time after a very focused search, such as the one on which the documentary book I am currently working on is based. I found it one Sunday last summer at the flea market in Boxhagener Square. In fact, I have been looking for a similar story about colonialism, Nazism and the post-war years since I came to Berlin. It took me a year and a half, but I found it.

The mysterious German aristocrat and collector of primitive art in Beijing in the late 1920s, photo: personal archive of Yordan Todorov

What are you working on right now?

I'm working on a documentary about Berlin photographer Will McBride, who came here from America as a soldier, fell in love with Berlin and stayed here for the rest of his life, becoming the city's perhaps most famous photographer and chronicler since World War II. In the meantime, I translated into Bulgarian the nonfiction book Savage Harvest: A Tale of Cannibals, Colonialism, and Michael Rockefeller’s Tragic Quest for Primitive Art. It tells the story of 23-year-old Michael Rockefeller, who left for New Guinea in search of primitive art and was eaten by local cannibals. I am also currently writing a documentary about a German aristocrat and collector of primitive art who was also an elephant hunter, opium addict, owner of a human zoo and impresario of the Black actors at the Hitler-era UFA film studio. He also had an illegitimate child with his mistress, who was Jewish and Black, at a time when such mixed-race relationships were punishable by death in Germany. Over a year ago, I bought the private archive of this mysterious German, which contains several thousand photographs, letters, diaries and documents from the late 19th to the mid-20th century. Among them is incredible footage from China after the Boxer Rebellion of the early 20th century, from Nazi Germany in the 1930s and 1940s, and from the set of notorious propaganda films that are banned today, such as Hitlerjunge Quex(1933), Kongo-Express (1939) and Carl Peters (1941).