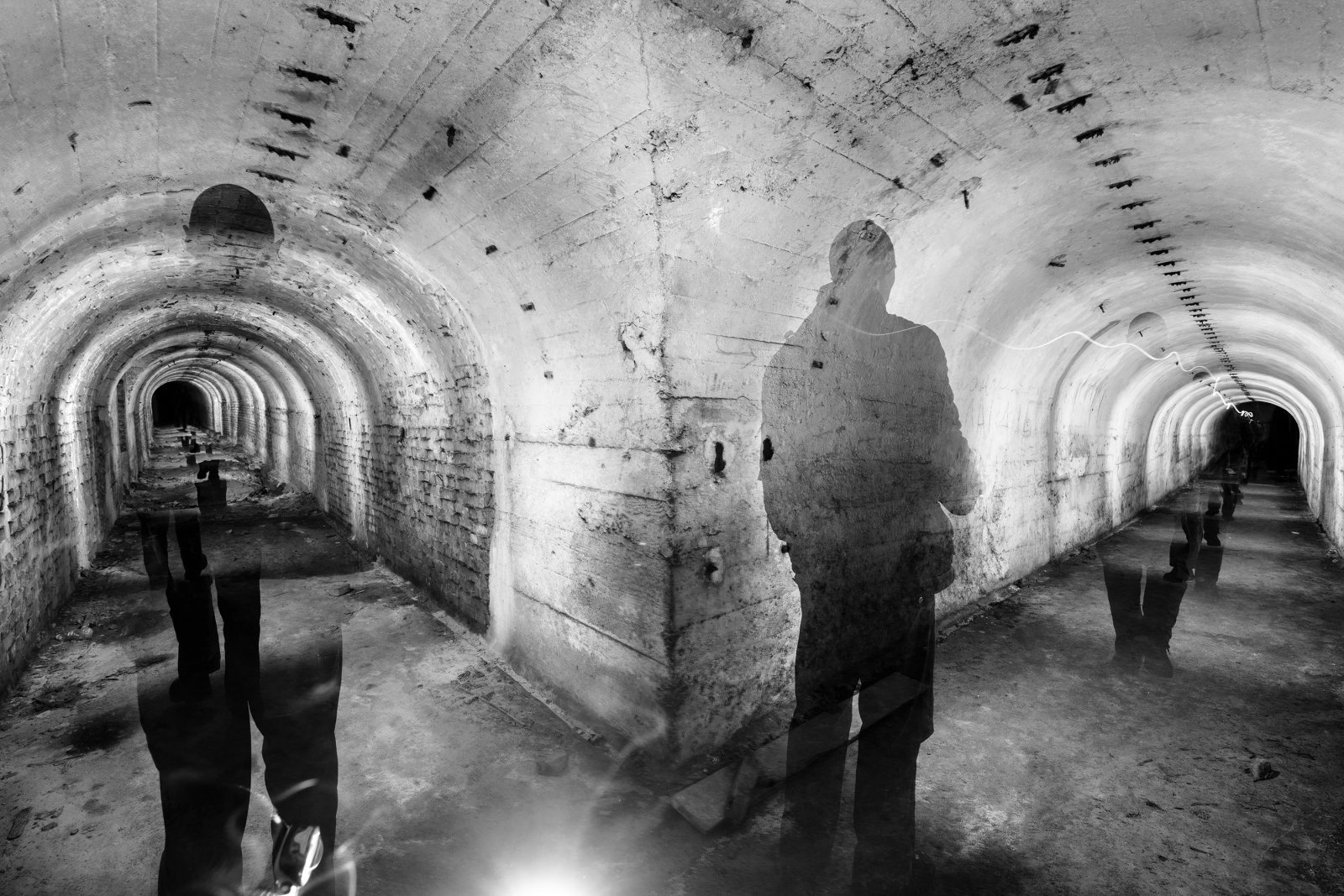 Haunted by the Ghost of the Past

In Urbex Gaitandjiev films abandoned buildings, underground spaces and facilities, whose present is marked by disrepair.

Simeon Gaitandjiev wants his work to show people a side of life that they have not seen before or maybe even thought about. "Things that they just pass on the street, some kind of filler for their field of vision," he says. This does not mean that he has given up on portraits and landscapes, but he himself admits that he is more drawn to experimental photography. And more precisely the underground. In its literal sense.

His graduation show Urbex from last year is an obvious example of these preferences. It was shown at Photosynthesis and closed days before the first state of emergency put a pause on our lives. In Urbex Gaitandjiev films abandoned buildings, underground spaces and facilities, whose present is marked by disrepair. He makes the black and white prints himself using the technique of rubber oil printing, in which the combination of oil paint and embossed watercolor paper not only gives the images a dramatic specificity, but also makes it impossible to have two identical prints. Why did he choose these particular spaces? This question is not difficult to answer: he has been visiting them since highschool. 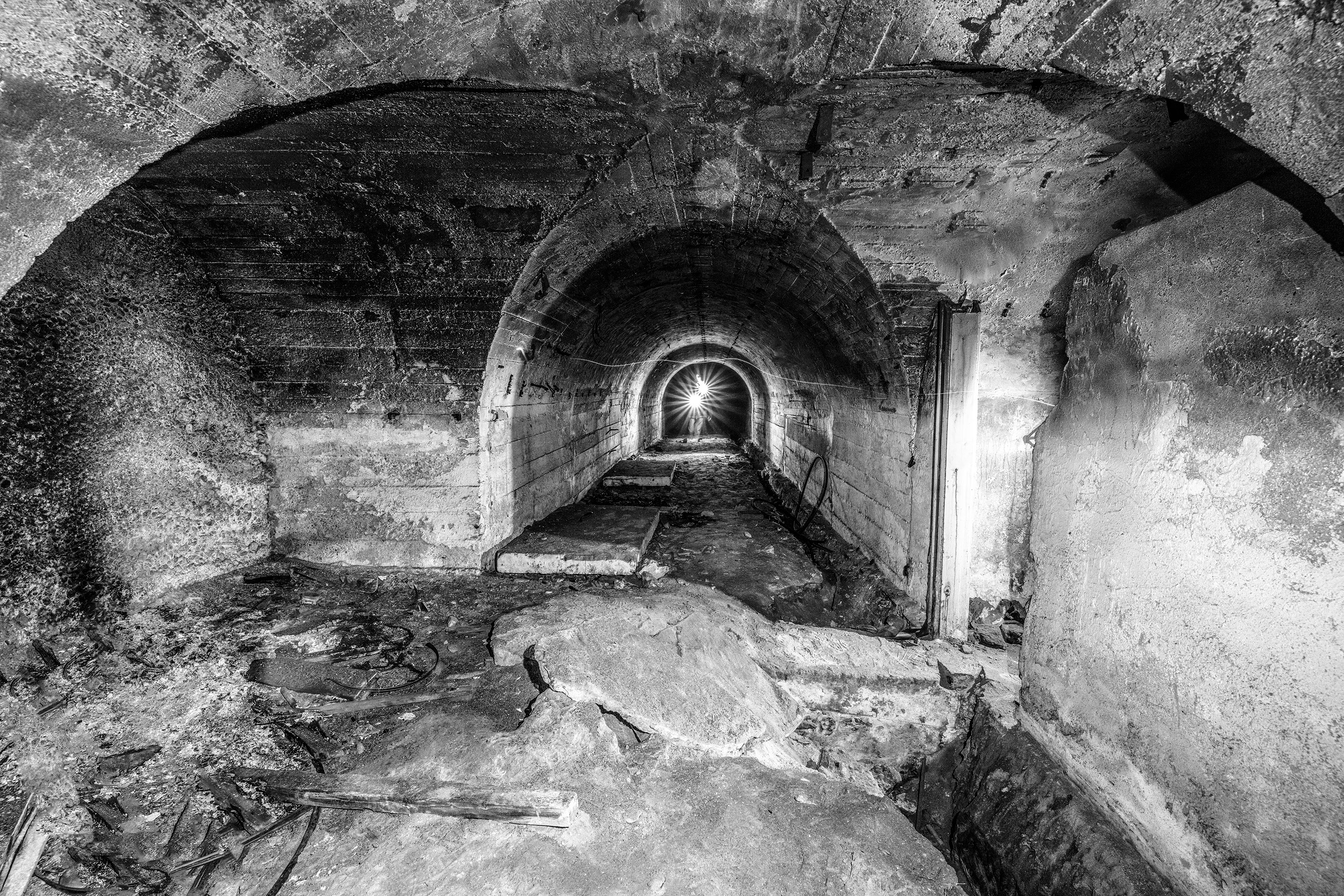 He and his best friend started exploring the abandoned bomb shelters under South Park. Their curiosity kept growing and they expanded their perimeter, looking for similar places all over Sofia. "Sometimes we took pictures, but that was before I took photography more seriously," he explains.

When he started studying photography at the National Academy of Theater and Film Arts, he shifted the focus of his work from merely documenting "contemporary ruins" to capturing the atmosphere that permeates them. According to his observations, the bunkers have pretty much fully deteriorated. "Most of them have been wiped clean, any kind of metal parts have been stolen for recycling. Even the 400-kilogram armored doors are gone. Which is unfortunate, because in other countries they do impressive things with such spaces, like galleries, etc." 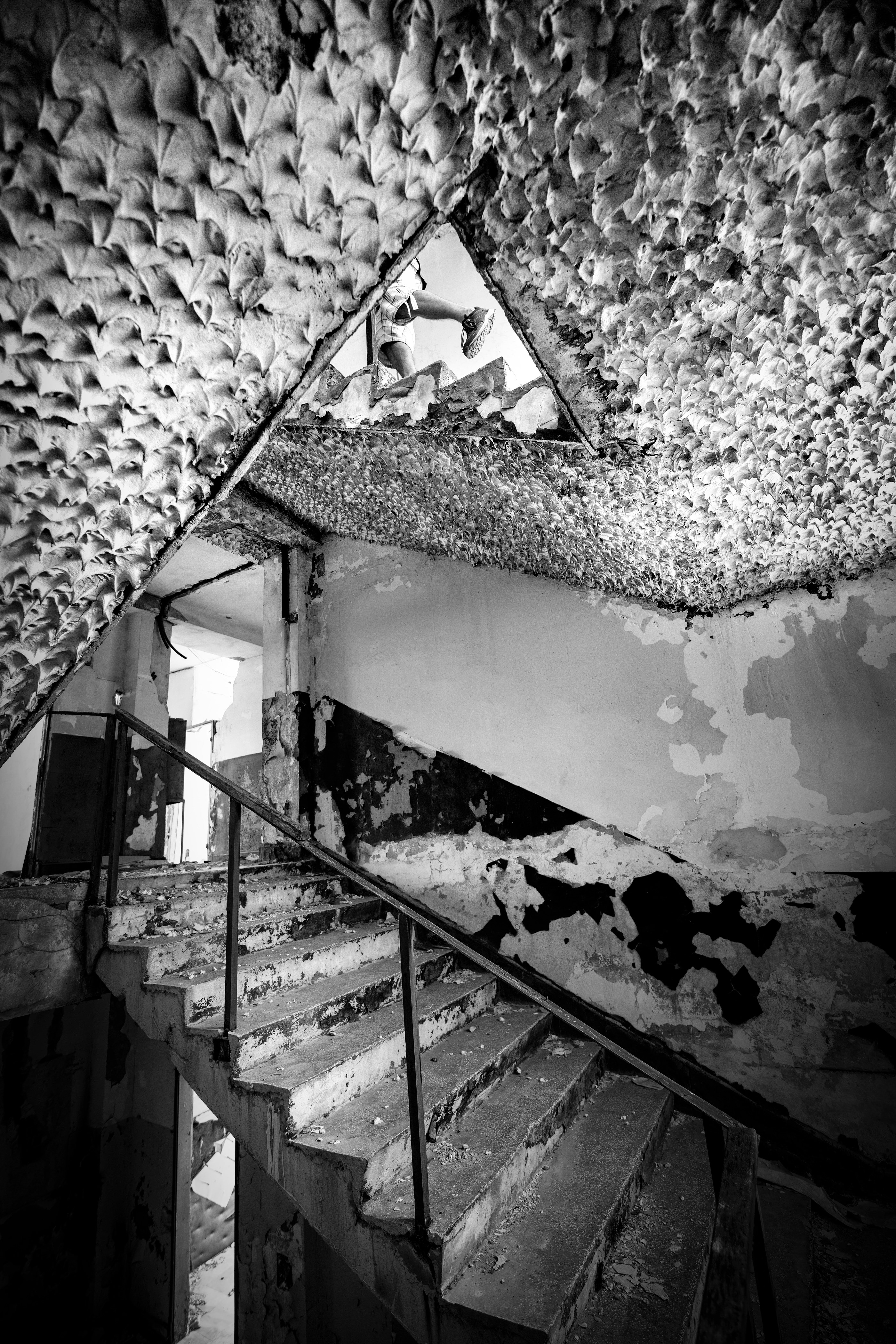 Gaitandjiev remembers with a smile how once, when entering a bunker in Lozenets, some braver and more extreme guy rushed to climb 30-40 meters of pipes in an air tunnel and... fell into a basement full of preserved foods.

Over the years, his hobby has come across all kinds of urban legends. For example, the rumor that the tunnels in South Park reach the presidency. "This is complete nonsense," says the young photographer. "The point of all bunkers is that they are always located under a natural hill." However, the most ridiculous myth he has heard is that there is a tunnel under the Balkan range dating back to antiquity or excavated during the socialist period. Gaitandjiev also remembers with a smile an article claiming that there is a whole underground world underneath Sofia because some homeless people live in tunnels. There are all kinds of urban legends out there. 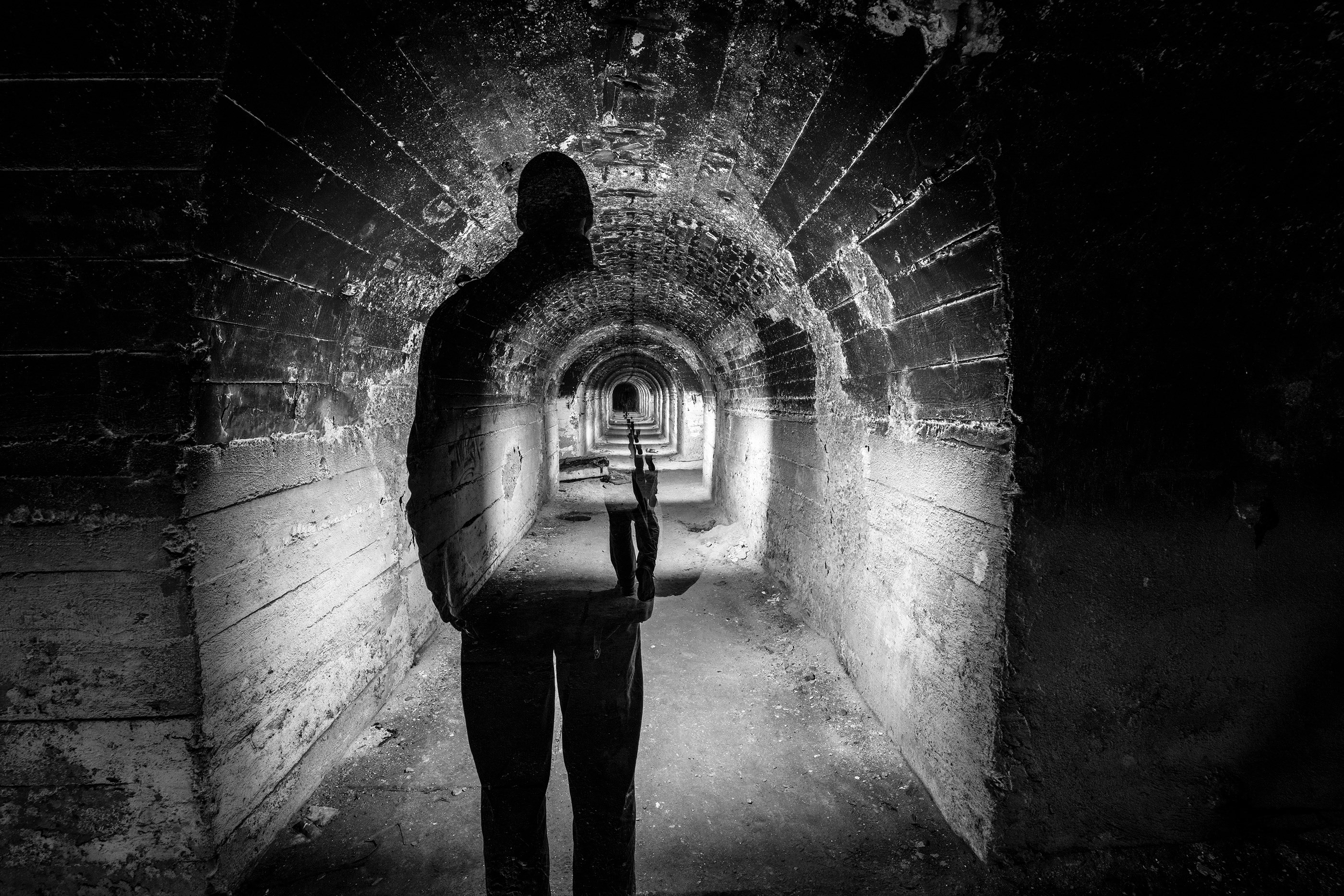 And what is "urbex"? Generally speaking, this is a self-organized (and sometimes slightly extreme) study of man-made structures that are in varying stages of disrepair rather than in a flourishing state. "Photography is part of the Urban Exploration, but not always. That's how people rediscover abandoned buildings. Many do it for the feeling of going into a completely empty and quiet place, while for others the thrill is to go where they are not allowed. Maybe everyone likes to break the rules in some way," Gaitandjiev explains. "These activities remain hidden from the public eye, because we have often been chased away when entering underground basements and other places." This is one of the reasons for the absence of a more homogenized international Urbex community, although it has already entered popular culture, for example through the documentary miniseries URBEX - Enter At Your Own Risk, in which contemporary "researchers" share first-hand accounts about their goals and adventures.

Over the years, fans of abandoned underground facilities in Bulgaria have organized communities on social networks. Gaitandjiev was a moderator for one of the first ones, but nowadays he is glad that this online space was shut down. He observed that the goal of most people was to present the spaces to others and take a little walk inside, rather than really explore. "The others organized gatherings of 10-15 people to go into places together, but these were rare occasions. At its peak, the group had an awful lot of people in it, that was until about 2014-2015. Then they shut it down, but even so, everything had started to quiet down little by little, after some of the more active members left the country," Gaitandjiev adds. This was a logical development given that 90% of the people in the group were in their teens.

For Gaitandjiev, photography is an opportunity to make abandoned buildings more visible and to take action to protect them. He creates this visibility by artistic means using a photographic process more than a century old, which adds defects to the image. This process perfectly complements the defects of the spaces and creates an impressive effect – the texture seems to come alive, because the rubber oil printing process works with embossed watercolor paper. "But I decided to shoot with a digital camera because most of these places have no light whatsoever, and a film camera would not have managed as well as digital equipment," says Gaitandzhiev. The feeling of a human presence is typical of his photographs. "I like to imagine that these places still have some kind of spirit. To an extent, every silhouette I put in these photos is a floating ghost that represents the past.” 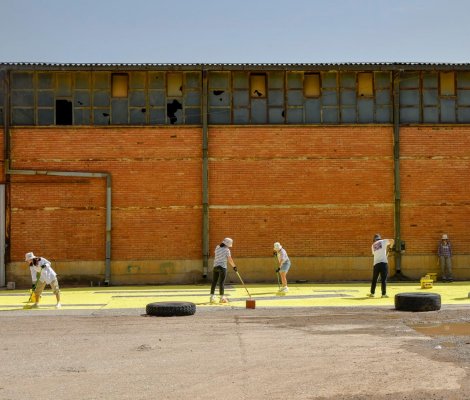