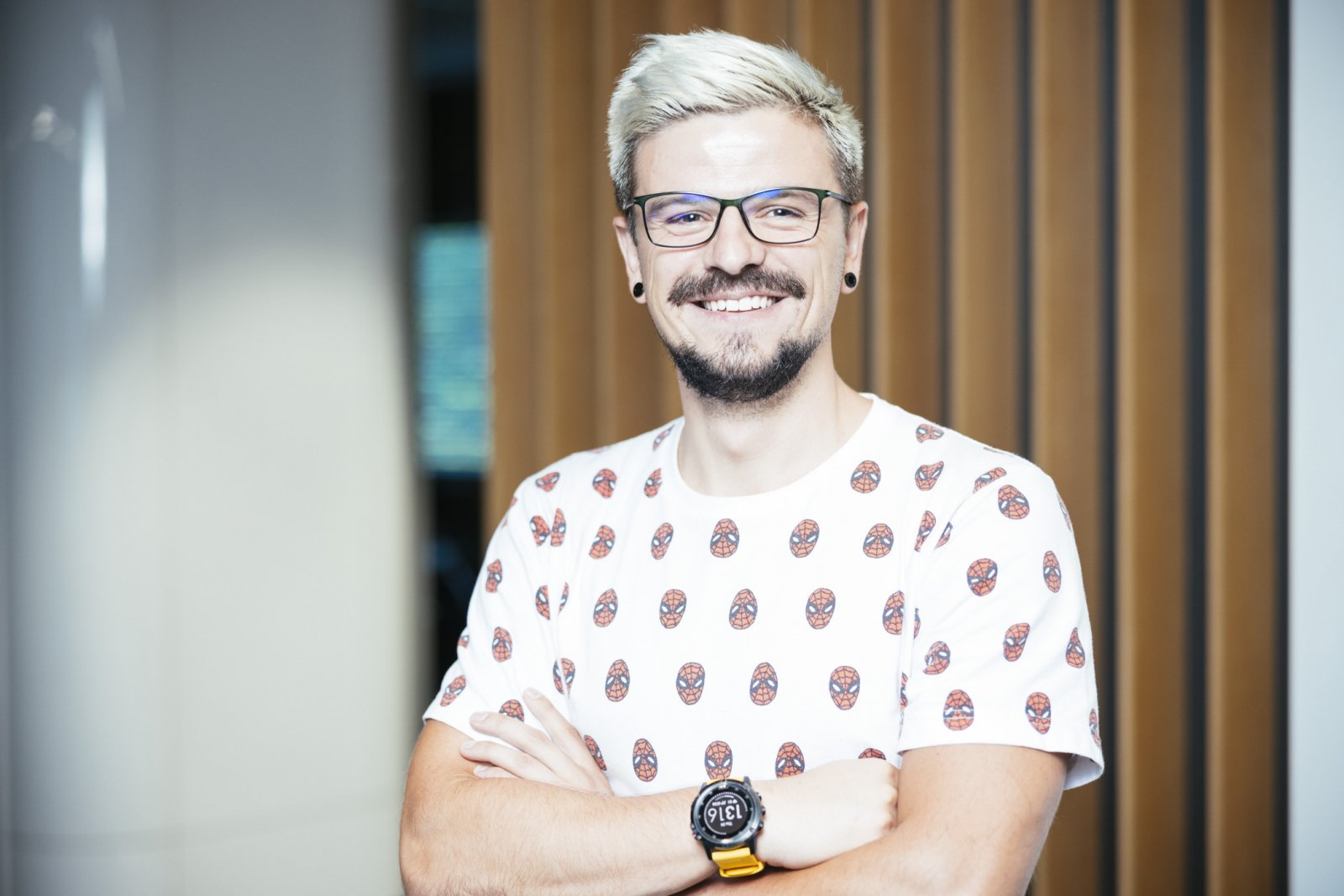 Ilia Temelkov is a renowned tech journalist, former editor-in-chief of HiComm magazine, and a long-time blogger; you can read his articles in Forbes Bulgaria, and tune in to his Tranzistor podcast, which he hosts together with Viktor Djambazov. Some of the latest topics that Ilia and Victor have touched on include: predictions about the future of virtual reality and the "metaverse" of Mark Zuckerberg; the offenses and detentes in the negotiations between Elon Musk and Twitter; the latest products launched by Apple and Pixel; and the future of piracy. A lot of information passes through Ilia's head, and he manages to systematize and translate it into understandable language for his audience. We asked him about the most important things he learned from his work, and whether there is a difference between the way technology is received and discussed in our country and around the world.

Tranzistor's Spotify description calls it "a podcast for technology and geeky stuff." From your experience as a journalist so far, is writing and talking about technology becoming less geeky, and can you count on greater familiarity with the subject in the general public?

When I was a kid, comics and video games were an oddity that few of us were into and rarely of much interest outside of a close circle of like-minded people. This was even more true of other "geeky" things like board games, action figures, anime, and the like. Over the years, this slowly changed, and phenomena such as Star Wars, the Marvel universe, and Studio Ghibli films became cornerstones of pop culture.

Thus, more than 10 years ago Wired magazine announced that "geek culture is dead because it is part of the mainstream," and since then the statement has only proved to be more and more true.

As technology was adopted en masse, the sphere has also become significantly more complex. Today, technology is a field that needs to be considered from a social, cultural and political perspective, and that's before we even get to the business perspective, which is increasingly important. So the change I see is more in people’s attitudes toward technology, rather than in the depth of their understanding – we are all well aware that we cannot ignore technology.

When did you first realize that analyzing technology was as important and creative as writing about, say, culture or politics? After all, in the Bulgarian media environment there is a certain separation between politics and every other topic...

This started at some point during my high school years. Back then, I was reading gaming magazines and technology newspapers, and I was terribly worried about what kind of computer to get so I could play the latest games. Some of the newest games were changing our understanding of how stories could be told, and journalists writing in gaming magazines were excitedly talking about these processes.

At the same time, the Internet was becoming more accessible and populous, giving me access to things I never imagined could exist – music, photos, articles, and opinions from people on the other side of the planet. I told myself back then that I wanted to talk about this miracle (because I considered all that a miracle) with the people who were ignoring these new developments.

This process ended for me around 2015-16 in the context of the US presidential election won by Donald Trump and the Brexit referendum. It became painfully obvious that social networks, and our daily technologies more generally, were a tool that could be used for more than just entertainment and connecting people. I think any sane person living today is fully aware that there is not a single area of ​​our lives that is not connected to technology in a very significant way. Business, culture, politics, activism, sex...One way or another, they all get channelled through the lens of technology.

What are some issues related to technology that professionals in other countries are concerned about, but which are not addressed by Bulgarian media?

Western media are quite concerned with the largest technology companies and how to limit their influence on various spheres of our lives. This is a topic that sometimes gets covered here, but mostly with reference to foreign journalism, and not much gets written about this in a local context. The reason for that is the limited resources available to media in our country, as well as the complexity of delving into the business workings of companies such as Facebook and Google if you’re a small outlet in a small country like Bulgaria. In general, the political issues surrounding these large tech companies are rarely in focus.

And the lack of in-depth understanding of technology is why we miss topics related to security vulnerabilities in software and hardware products that we all use. Last but not least, we have topics related to the intersections of culture and technology, which could be very interesting, but also require a lot of resources in order to be covered well.

What are some topics – other than the latest tech news – that you've been meaning to cover on Tranzistor for a long time, but haven't been able to?

The relationships between creativity and technology is a topic that I am extremely interested in and have long wanted to explore on the podcast. Our country is full of talented creatives in a variety of fields who rely an awful lot on technology without even realizing it, and I find their stories extremely inspiring.

After all, for many people the word "technology" still carries a certain mystique, even though they are glued to their laptops, phones or tablets. This is a direction we will be exploring in the coming months and I hope to tell stories that can change some people's perspective.

Find out more at tranzistor.net