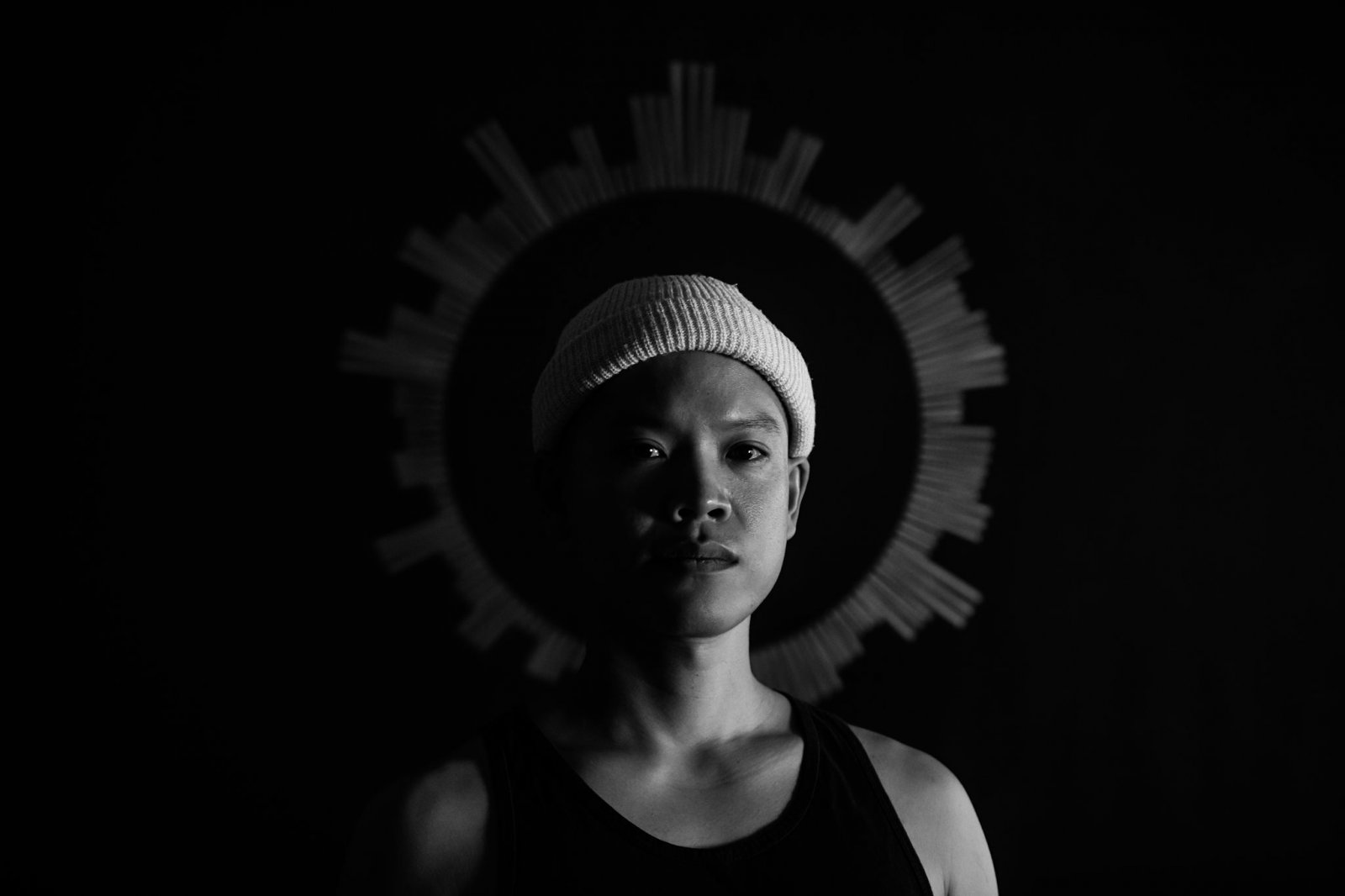 The singer and composer Tien Nguyen, better known as SAIGO, told us that once a man stopped him on the street in France and said to him in a prophetic tone that he must go to Varanasi, India. We talked to Tien in Sofia the day before his trip to India. This kind of adventurous pursuit of different signs and omens is what brought him to Bulgaria – where he has been spending a lot of time over the past seven years.

He was born in the mid-1980s in Maryland to a Vietnamese family. "I remember my mother playing the sitar when I was little, but there were no musicians in my family. My parents had a difficult life before they found their footing in the US, so they wanted me to take a more conventional path.” He says he was always looking for a way to be of service to society. "I was torn between economics, psychology, theater. I ended up going to California to pursue philosophy. It was the only thing that didn't put me to sleep. Studying philosophy is actually very exciting because all you have to do is debate and discuss theories!”

He became more and more interested in music, and in 2014 he released his first EP. The nickname is play on the hometown of his mother (Vietnam's capital Saigon) and the Japanese word saigo, meaning "the end". "In a sense, every moment is the last moment of your life, if you're fully present...but I don't think they use it that way, though!".

He met Georgi Linev in Los Angeles – the founder of the Kan Wakan project, who has recently been spending more time in Bulgaria after many years in the US – and this encounter turned out to be a fateful turning point. In 2015, the two decided to bring Kan Wakan's music to Bulgaria; at the time, Thien was splitting his time between the USA and Brazil. 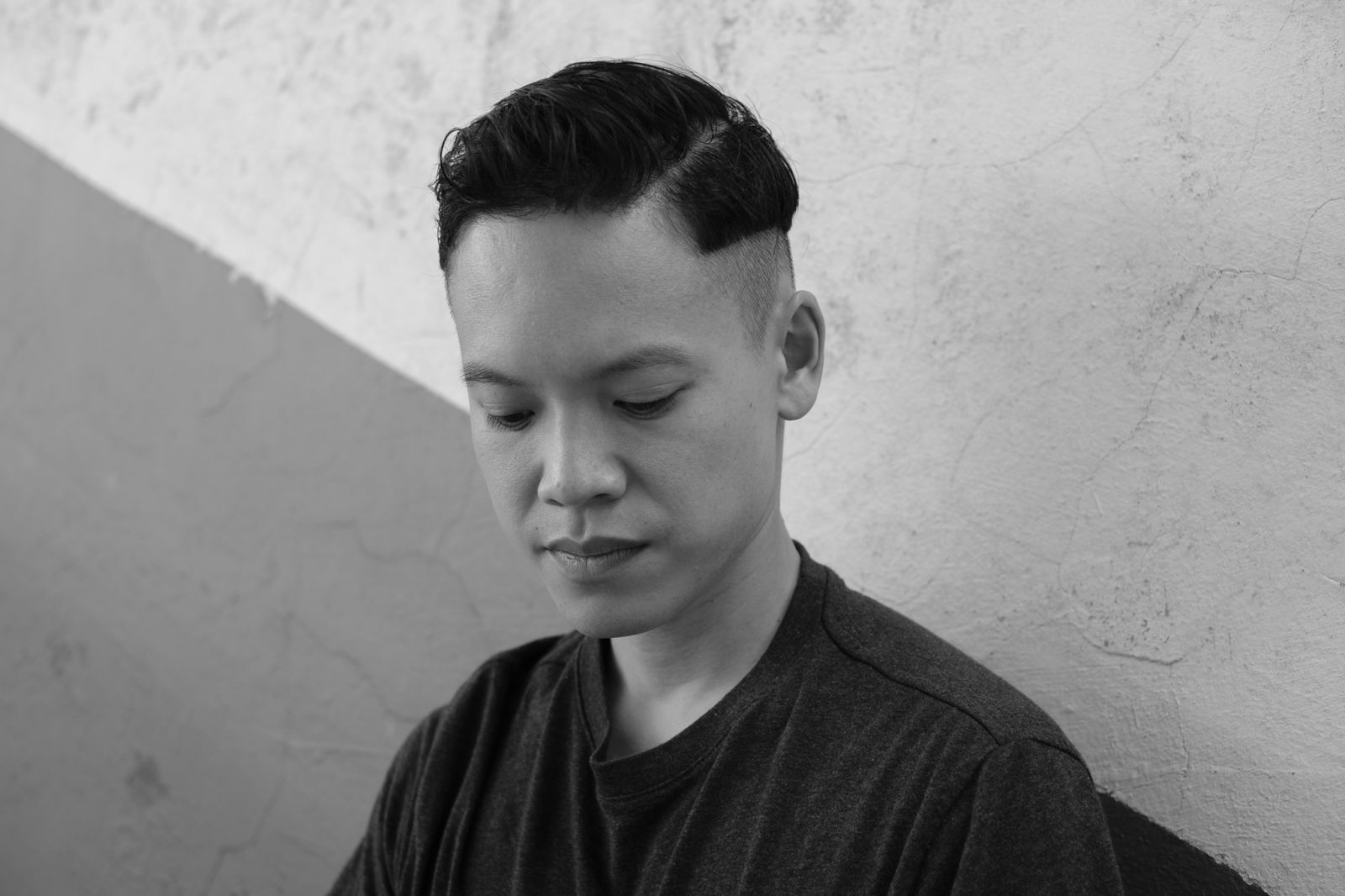 Over the next few years the two of them, both separately and together, participated in numerous projects on the local music scene: in addition to Kan Wakan, Tien worked with Ruth Koleva and DAYO, and you can hear him on last year's Nocktern album. In 2020, he also founded the band Android Ethics, which is made up of him, Trombobby from DAYO, Petar Yotov, and Rado Kazasov. He is also working on his new start-up Swayde, which he founded in Sofia and which aims to create a network for musicians where they can find collaborators for their projects based on specific search criteria – his attempt to create an alternative to social media and algorithms.

Since 2015, he has been back almost every year, and in 2020 the complicated travel and lockdown situation extended his stay in Sofia to six months.

What brings him back? "The people, for sure. I feel cared for by my friends here. There is always an urge to show me something new and interesting. I love the scene, I love the food, I love the parks. I grew up in a small town where there were a lot of green spaces and everyone knew their neighbors. But I also love big cities. Sofia somehow combines both things.” Any culture shock during his first visits? "With the exception of the nodding, which obviously confuses everyone, people are very direct and sincere when expressing their opinions, which very different from how things are done in the US."

"People are very direct and sincere when expressing their opinions, which very different from how things are done in the US."

While playing live shows in our country, he must have noticed that the audience is quite small, and often the same groups of people attend different types of events – does this ever make our stages seem claustrophobic to him? "I've noticed this, but I actually like it. It shows that people listen to a variety of music, and wherever you go stylistically, that audience is going to be curious and follow you.” 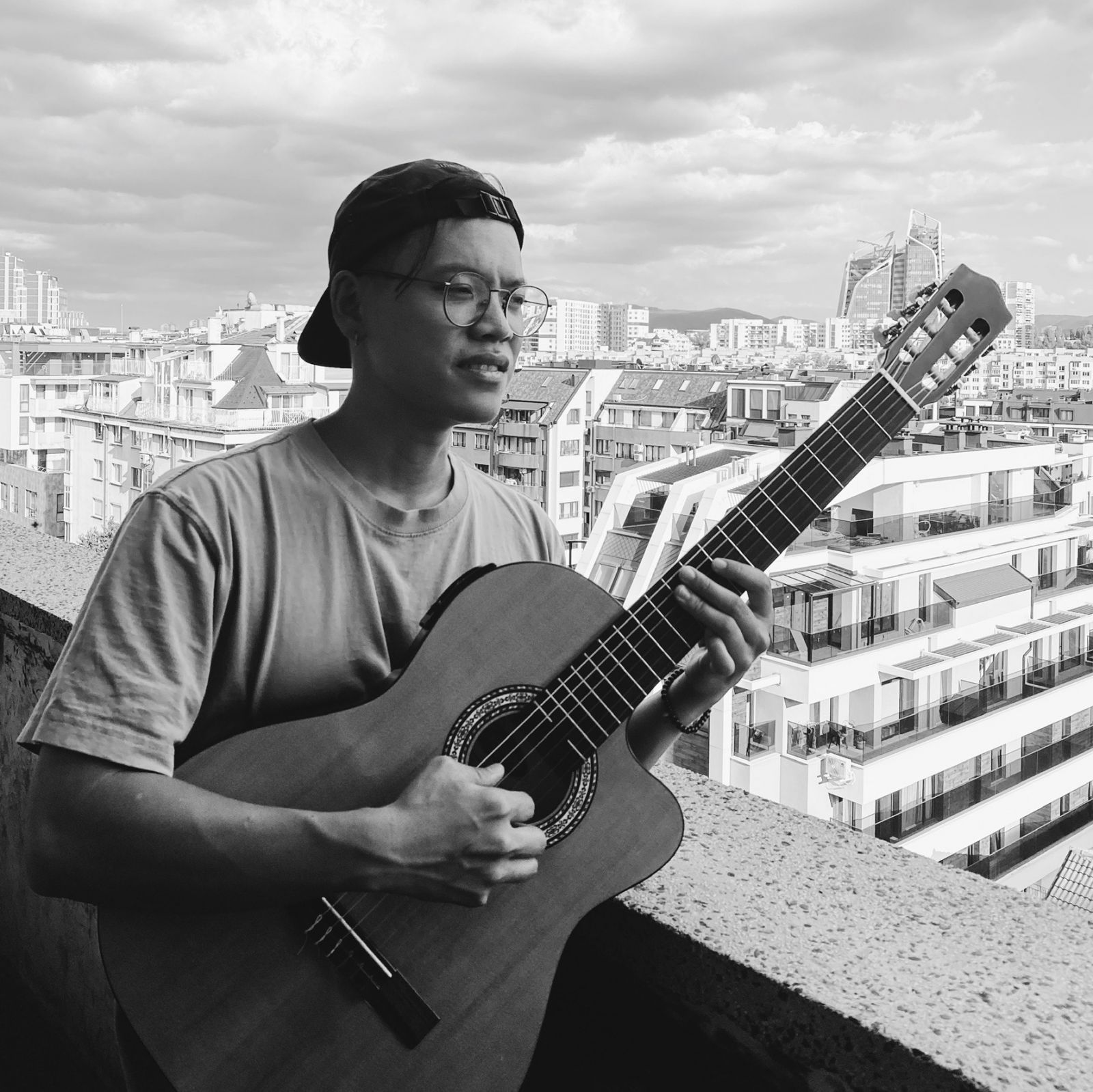 Tien is interested in finding the right balance between live music and DJ events, how to preserve the momentum of live music. “If what we're doing is not sincere and we're not engaging people with our music, the DJs will win!” Thien says with a half-joking, half-serious smile. "Not that I have anything against them, but I just don't think DJ sets are going to save the world. Live music should be more than just entertainment, it should be spiritual, it should create a community, it should have a message. It's true that a DJ can bring music to places where regular musicians can't go. Things are actually getting harder: small clubs are disappearing around the US, and the ones that are still there… when you walk in, you don't know what you're going to see, is it going to be a band, or a guy singing over a recorded beat, or stand-up comedy. It waters things down a bit."

While we're talking, the current line-up of Kan Wakan is preparing for a recording session at its rehearsal space in Dianabad. In two hours, Thien is scheduled to perform the song "No Sweat Off My Back," part of the new album Phantasmagoria Vol. 2. While the band is setting up, he can't seem to put down his acoustic guitar – he even takes it with him when we go out on one of the balconies. Now and then his answers run into a few strummed verses, alternating thoughts with music.

Will this constant creative drive in him soon lead to a solo album? For Tien, it's part of the plan, but not something he needs to do at all costs. "It would be nice, but I like being part of something bigger. I'm a completely independent artist, so it would be hard to organize a permanent band to go on a month-long tour with.” 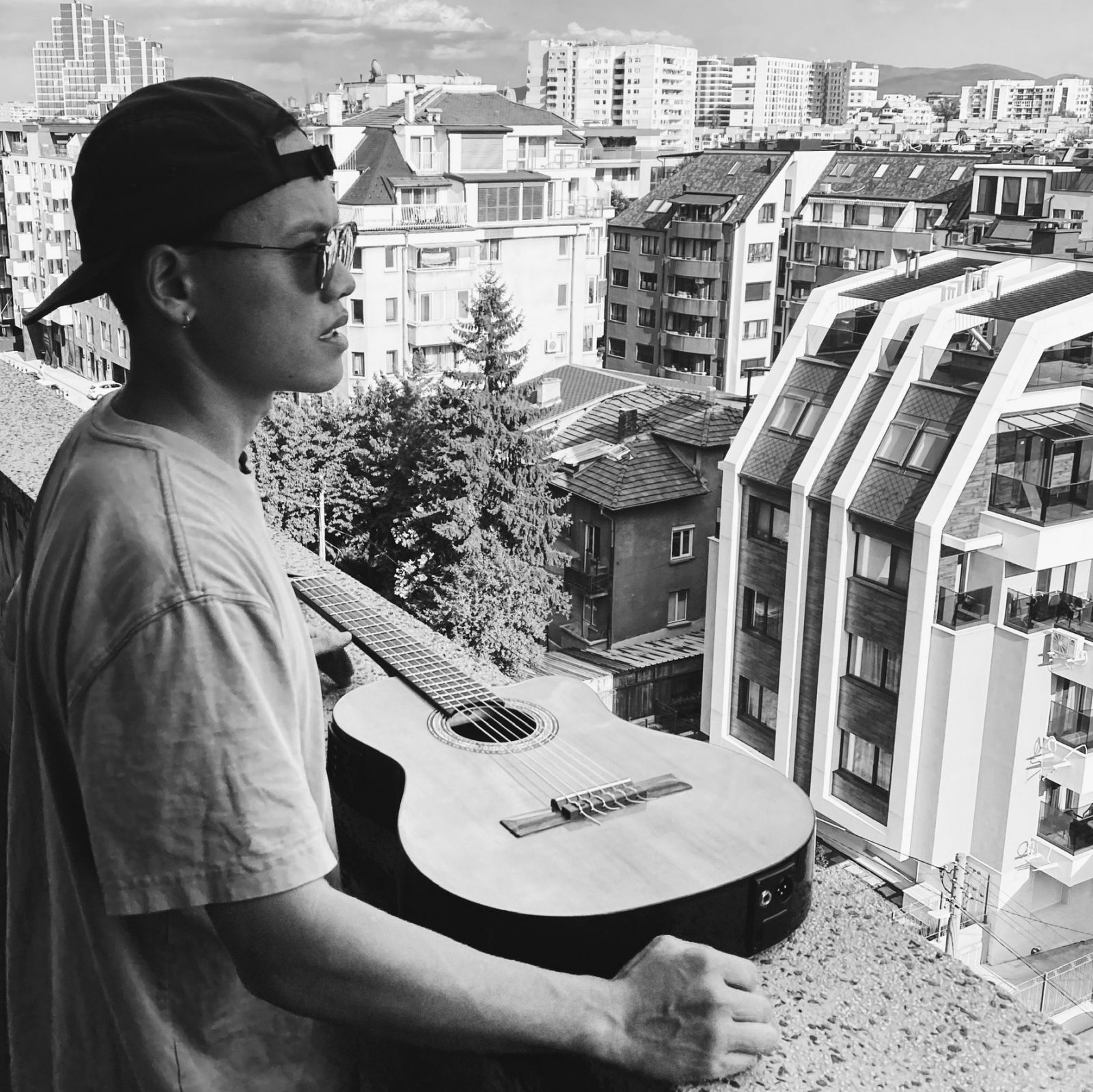 And what is it like to be independent at a time when everything is so closely connected to advertising, positioning, strategies? "I would say that what makes me independent is that my only interest in music is reaching my audience. I have no commercial interest in anything else. I only sell my music, I don't sell shoes or clothes, I don't advertise anything. Though on a macro level, music that advertises shoes and uses algorithms rises to the surface.”

After India, he will head to Vietnam, where he has not been for ten years, so his next trip to Bulgaria will probably wait until next year. He says he wants to settle down somewhere, but hasn't decided where. "I think I'm done with the nomadic life, after a certain point it's not good for you anymore. People today are very chaotically scattered, both in terms of where we live and in terms of our attention," he says, pointing to his iPhone.

His vision for a better and more united world will also be realized in one of his future projects: Lavender Beat Collective, songs recorded remotely with musicians from Africa, USA, Brazil, and Bulgaria. The first track, "The Path," will be released in late August. 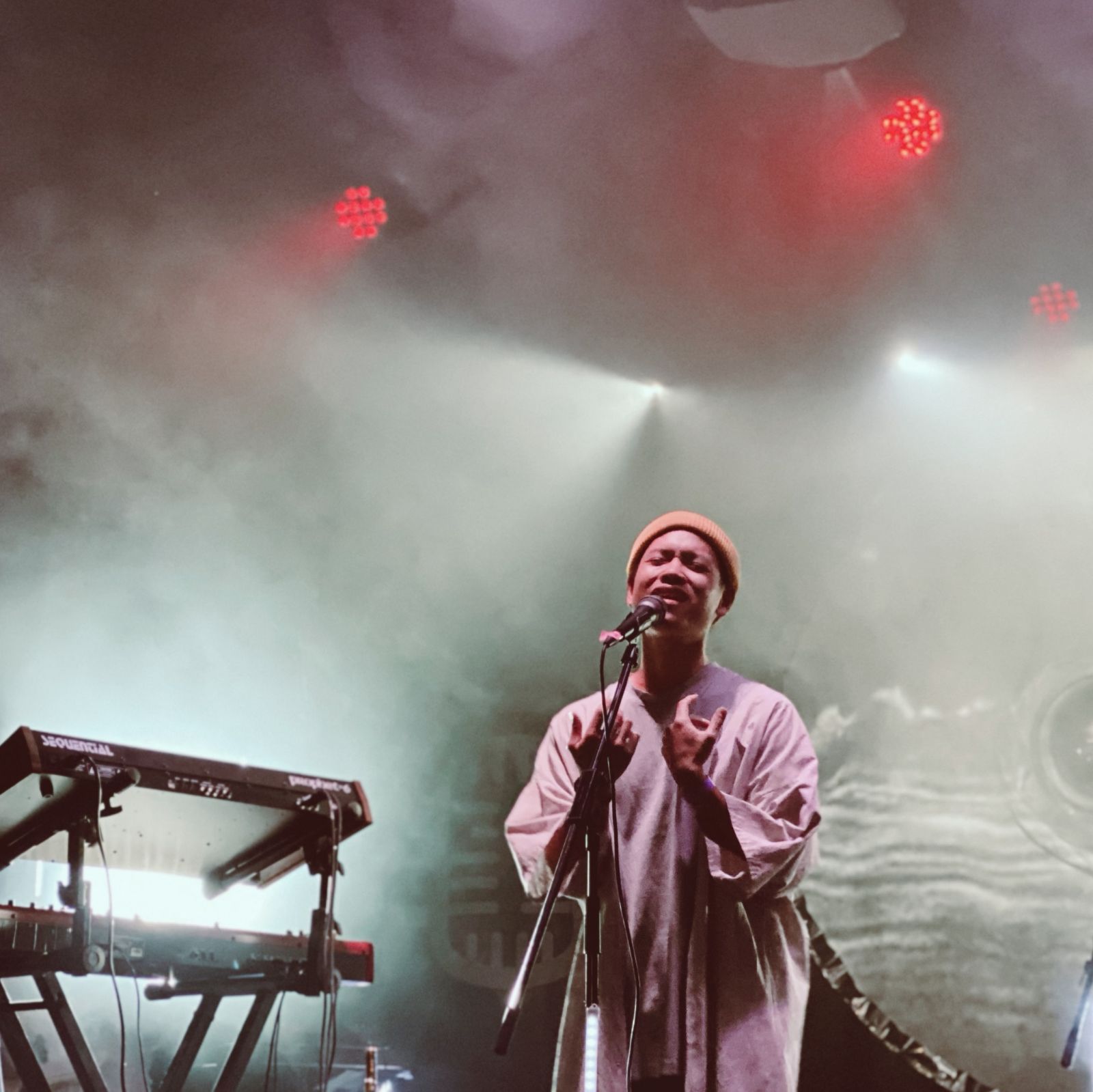 Thien's idealistic view of the world is also present in the way he talks about music. "For me, music is a 100 percent spiritual experience. People's souls are not nourished by the ego of whoever is on stage, but by something much bigger and more important.”

SAIGO's solo work and collaborations can be found on Spotify and at soundcloud.com/saigola. Instagram: @saigomusic.