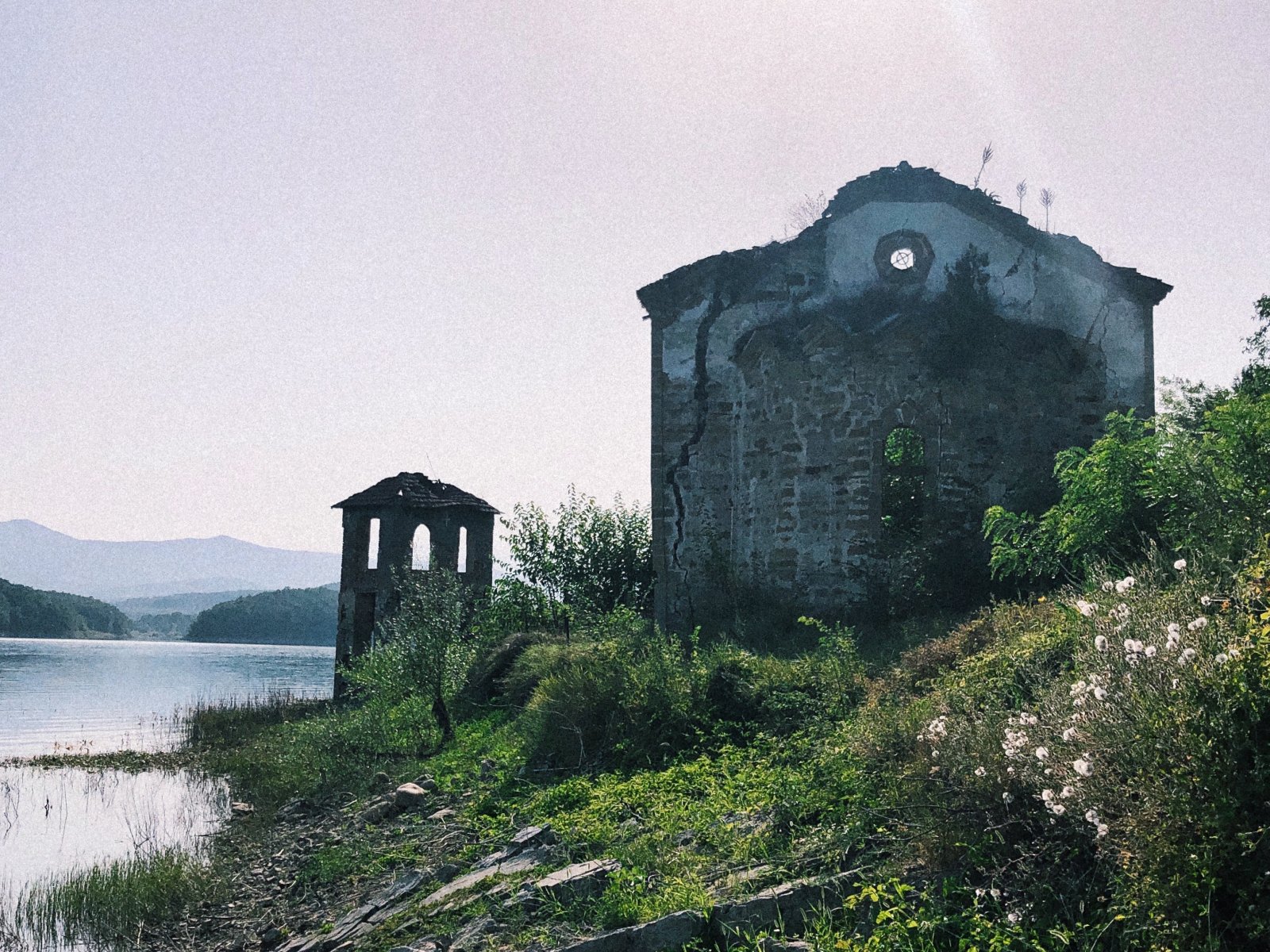 Photograph: The Church of the Holy Ascension in what used to be the village of Zhivovtsi
DirectionsTopic

The project @podvodata publish archival footage along with interesting excerpts, quotes or memories, turning this into a one-of-a-kind multimedia source .The goal is to reach a younger generations, and to inspire in their audience a curiosity about their own past and roots.

The drought, which stuck around all of last year, exposed more than just the poor management and criminal inaction surrounding many water reservoirs in the country. Traces of a past that had literally been submerged began to peek out. Like the remains of the church Holy Ascension of the non-existent village of Zhivovtsi, which usually hides under the water of the Ogosta reservoir, but sometimes stretches out the debris of its former figure. At the beginning of last year, not just the church, but also the Latin fountain, the foundations of houses and many other remnants of the erased villages Zhivovtsi and Kalimantsi became – and still are – a draw for photographers, tourists, residents and guests of Montana.

When the communist government decided to build a dam on the site of the village of Zhivovtsi in 1966, its inhabitants demolished their own homes to make way for the new reservoir.

The Ogosta reservoir flooded the historic site, then the center of the municipality "with five brass bands, three threshers, four mills, a cattle barn, a chicken hatchery, a cannery, a community center, a school and a bread oven," as described by local historian Dimitar Tserovski. 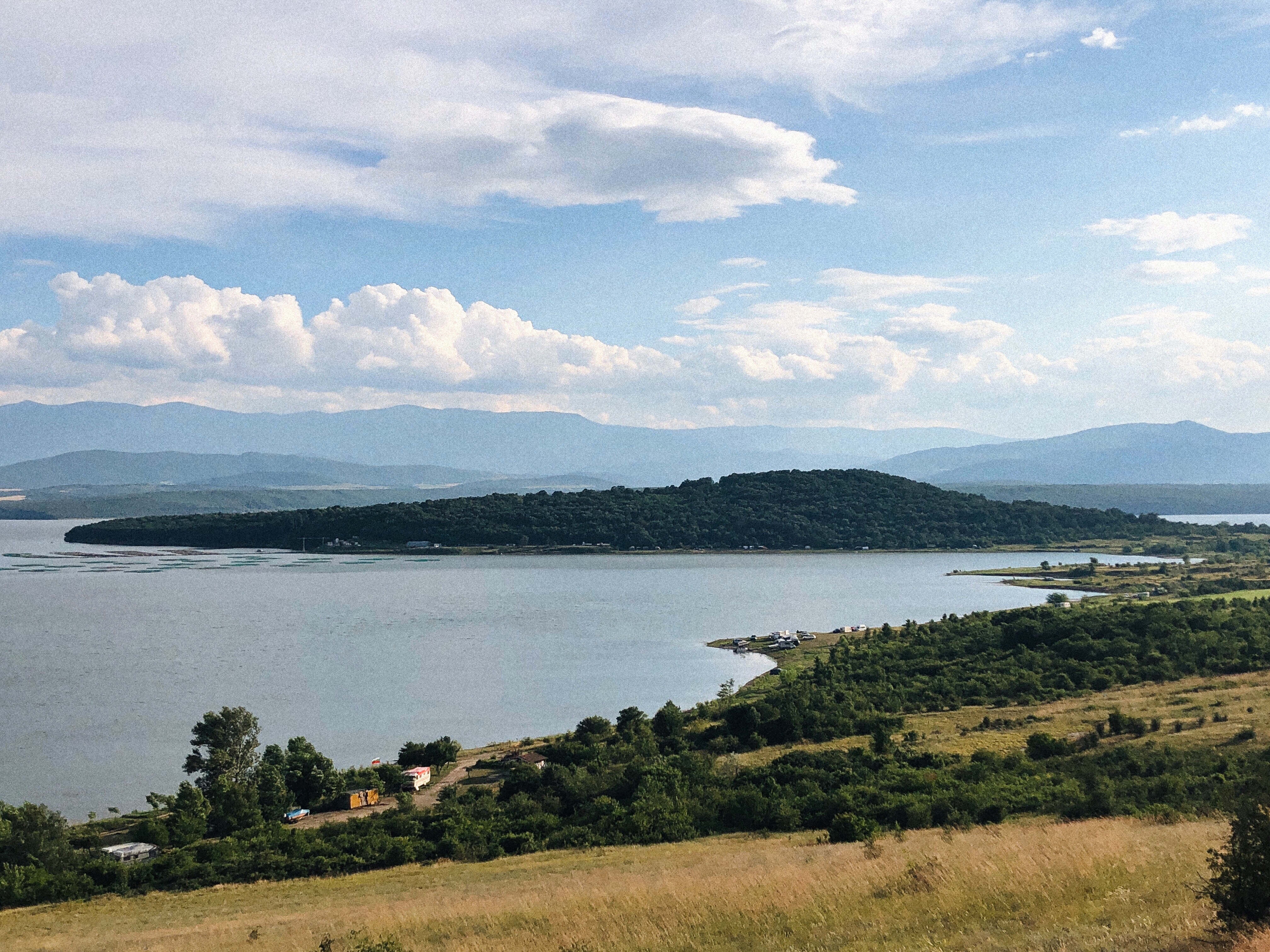 Located in northwestern Bulgaria, the Ogosta reservoir is one of the largest in the country and it collects water from three rivers. An old one-minute film from the government's film review, shot during its construction in 1970, talks about how it should be completed in three years and how it will help industrialize the country. Neither of these things happened. Construction was completed in 20 years, and the dam is rarely used for irrigation, because its waters contain arsenic and heavy metals.

Although today the remains of the church are the only tangible remains of the village of Zhivovtsi, there are other, less visible traces of the hundreds of inhabitants of the former village. A project by sisters Stela and Ralitsa Kamenovi "Lost under water. Stories from submerged villages in Bulgaria" finds and collects such traces in the form of personal stories, archival photos and works of art related to submerged cities and villages. 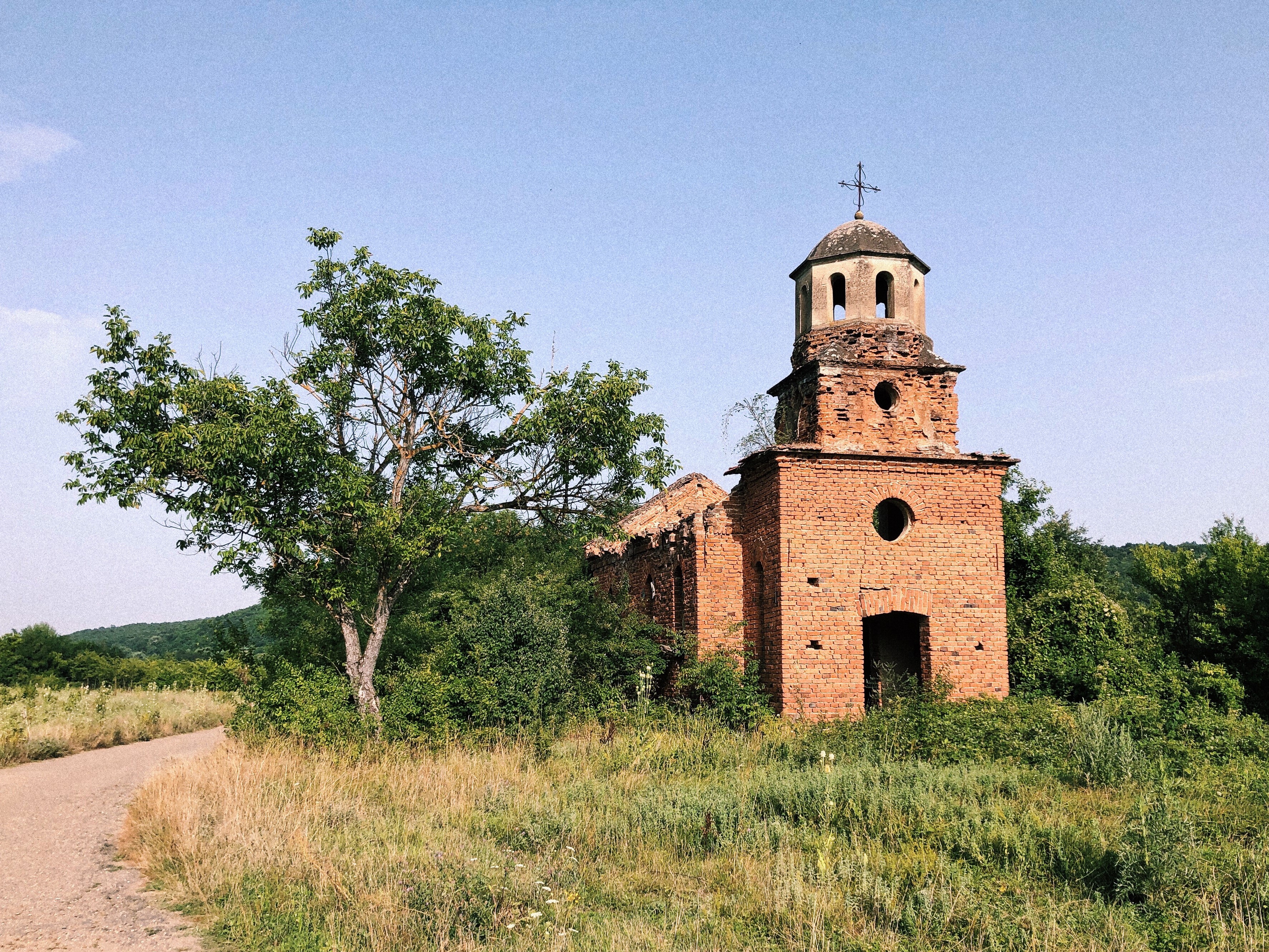 The two sisters are connected to Zhivovtsi through their grandfather Stanko, who grew up there and managed the ditch to the Ogosta mine – the facility that dug the bottom of the future reservoir and extracted sand for gold mining. After his retirement, he devoted himself to collecting archives and documents about the lost village. For the sisters, this is a beautiful way to connect with their grandfather and his roots, as well as to continue in his footsteps. 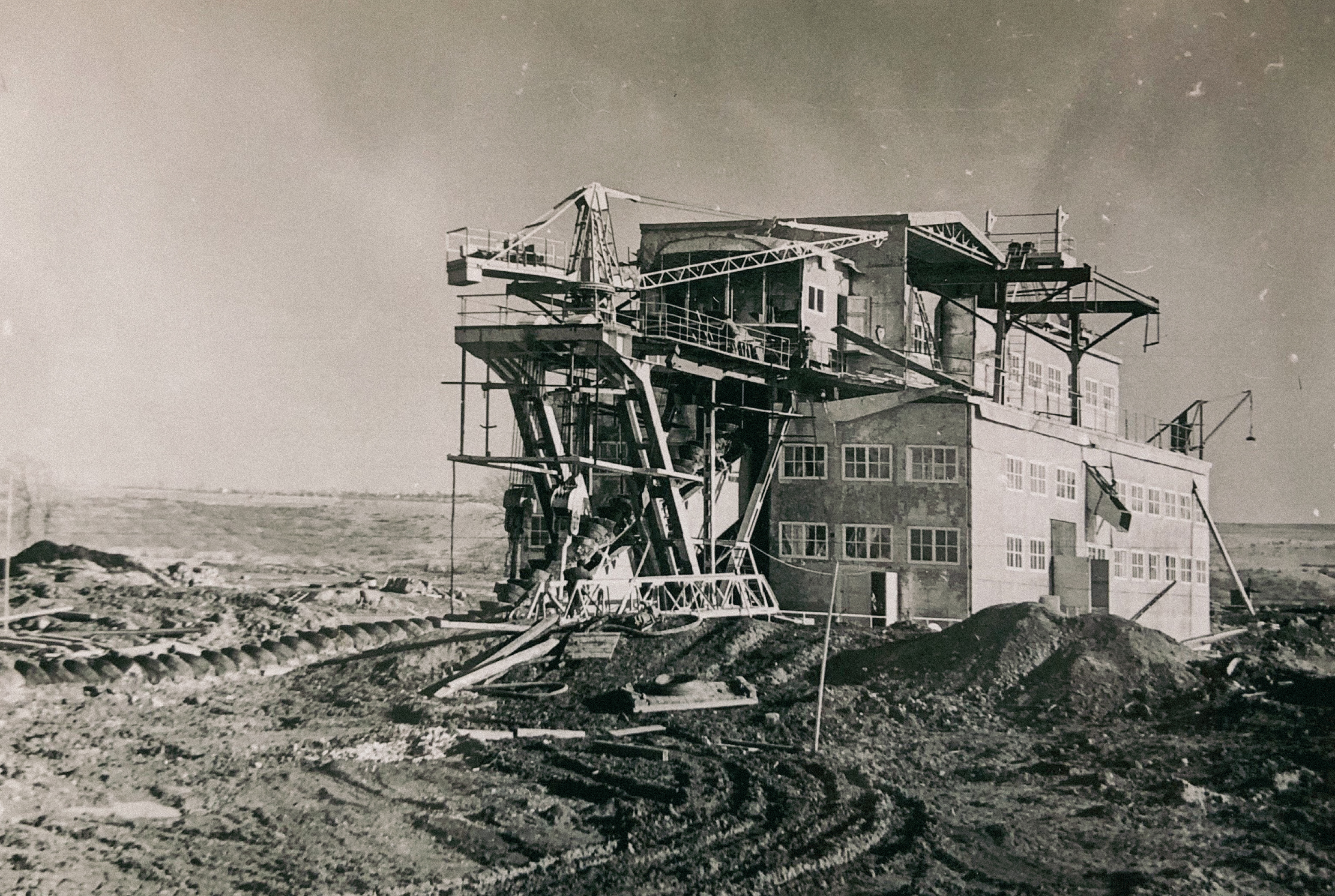 Photograph: The road to the Ogosta mine – the facility that dug the bottom of the future reservoir and extracted sand for gold mining.

Currently, their project exists only on Instagram (@podvodata), where they publish archival footage along with interesting excerpts, quotes or memories, turning this into a one-of-a-kind multimedia source. Both sisters work in the field of art. Ralitsa works in the film industry, and Stella is a curator; their careful attention to visual details is evident in the hand-painted elements added to the old photos.

The choice of platform and the way the archival materials are presented are not accidental – their goal is to reach a younger generations, and to inspire in their audience a curiosity about their own past and roots. "We think that it is important to look at these places not just as objects with a certain aesthetic, but also to be interested in their history. Who were their previous inhabitants?” According to them, sometimes we focus too much on the context in which a building first appeared, but we forget to pay attention to the reasons – political, historical or economic – for its later abandonment. 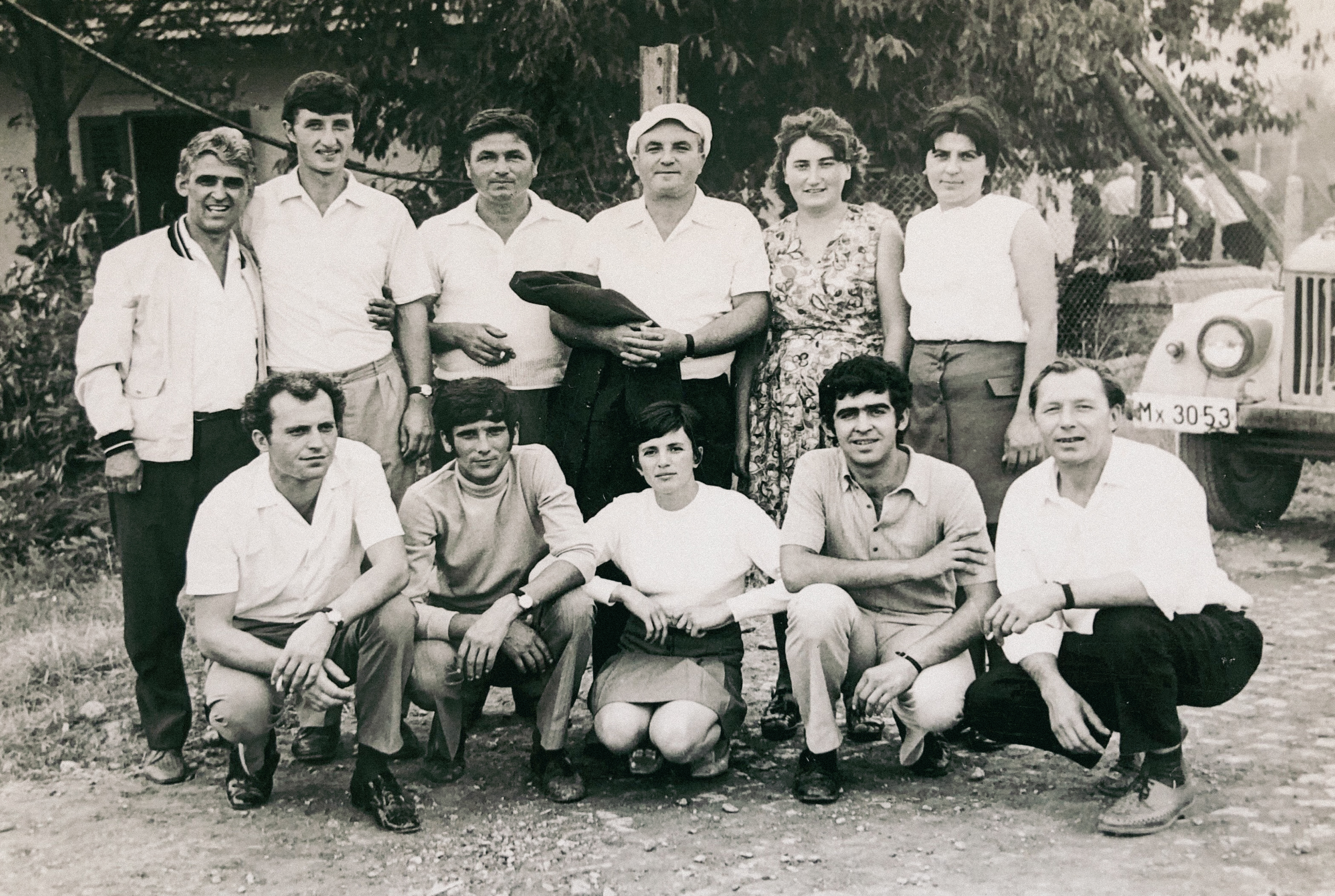 Photograph: Residents from the village (Stanko Todorov, grandfather of Stella and Ralitsa, is in the middle).

"Learning more about these sites changes our attitude towards them. We can understand their present better, find out how to bring them back to life or preserve their memory. History can teach us both the successes of our society and some mistakes and unpleasant situations that are best avoided in the future. That is why abandoned places are like a history textbook about the recent past, which is open to many different interpretations," they add.

Right now the sisters are focused on the villages of Zhivovtsi and neighboring Kalimanitsa, which was destroyed but never flooded due to incorrect calculations during the construction of the dam. It was also the birthplace of the famous writer Yordan Radichkov and it lives on in his stories and novels, which @podvodata often quotes from. We also learn about other famous people who once lived on the land under the present-day Ogosta reservoir. Like the poet, writer and journalist Atanas Stoyanov, born in Zhivovtsi in 1931, who worked as an editor in various publications and as secretary of the Union of Bulgarian Writers, or the writer, poet, artist and translator Ivan Davidkov (1926-1990), author of several novels and poetry collections for children and adolescents, who worked as editor in chief of the Bulgarian Writer publishing house and translated Ukrainian and Belarusian literature. 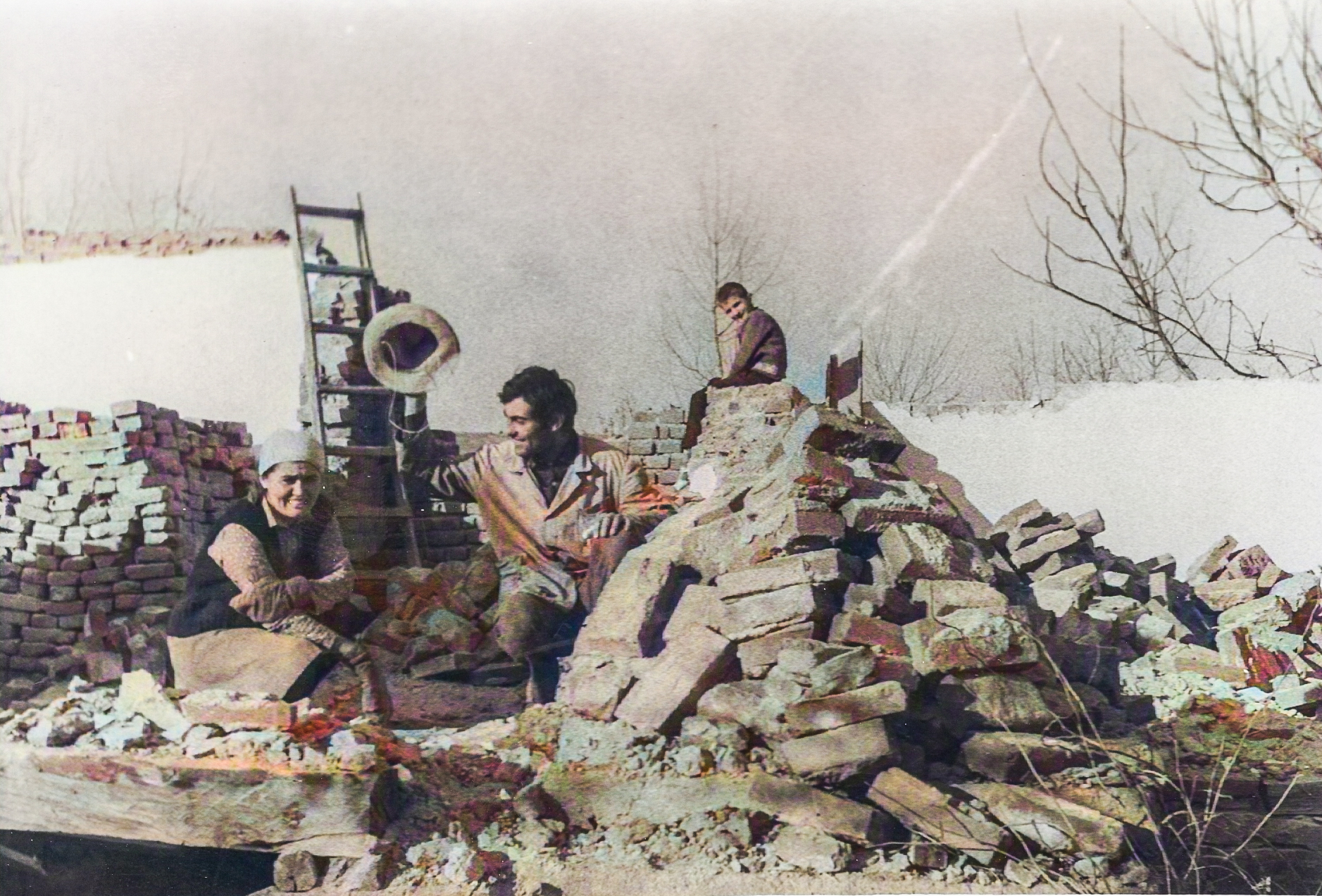 Photograph: The demolition of houses in Zhivovtsi

However, these two villages are by no means the only ones affected or erased by socialist-era reservoir construction in Bulgaria. Their total number is over 40. Ralitsa and Stela plan to bring their stories to the surface.

"The project is constantly opening our eyes to new stories and topics related to the construction of reservoirs in the country," the two sisters said and added that such stories are emerging from all kinds of places. They leave their door open for such stories – their page invites others to share the "underwater past" of their ancestors. The reservoirs Pchelina, Studena, Iskar, Yovkovtsi, Zhrebchevo, Topolnitsa are just some of the places where there is an "underwater memory." We get stories from all over the country – sometimes from relatives of displaced villagers, and other times from amateurs who stumbled upon these places by chance." 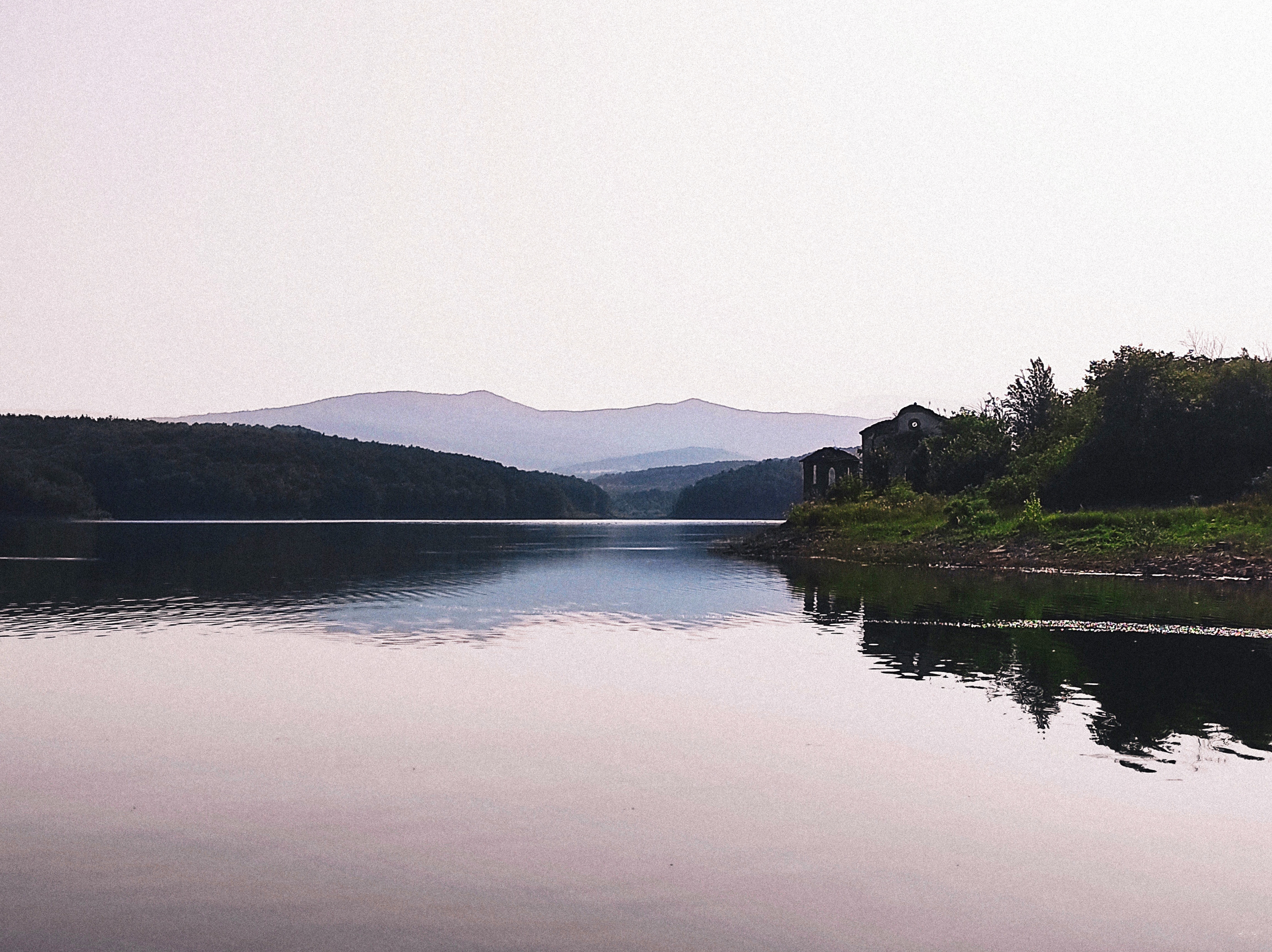 One of the most popular places in this category is the church Sveti Ivan Rilski which, depending on the water level, is located under or next to the Zhrebchevo reservoir. "We get the most pictures from that spot. We were there a couple of weeks ago and the place turned out to be really popular. There were nearly 100 people photographing the temple."

Ralitsa and Stela don't want to keep all of this only on Instagram, their plan is to make a website, an exhibition and a book that presents the stories of several submerged villages in the country. "We will continue to tell these stories through various sources – archival footage, articles from the press, interviews, historical documents, but also contemporary photographs. And as we delve deeper into the fate of other sunken villages, we would like to expand the story to include the environmental consequences of the construction of some of these reservoirs."

You can find more about the project on Instagram @podvodata