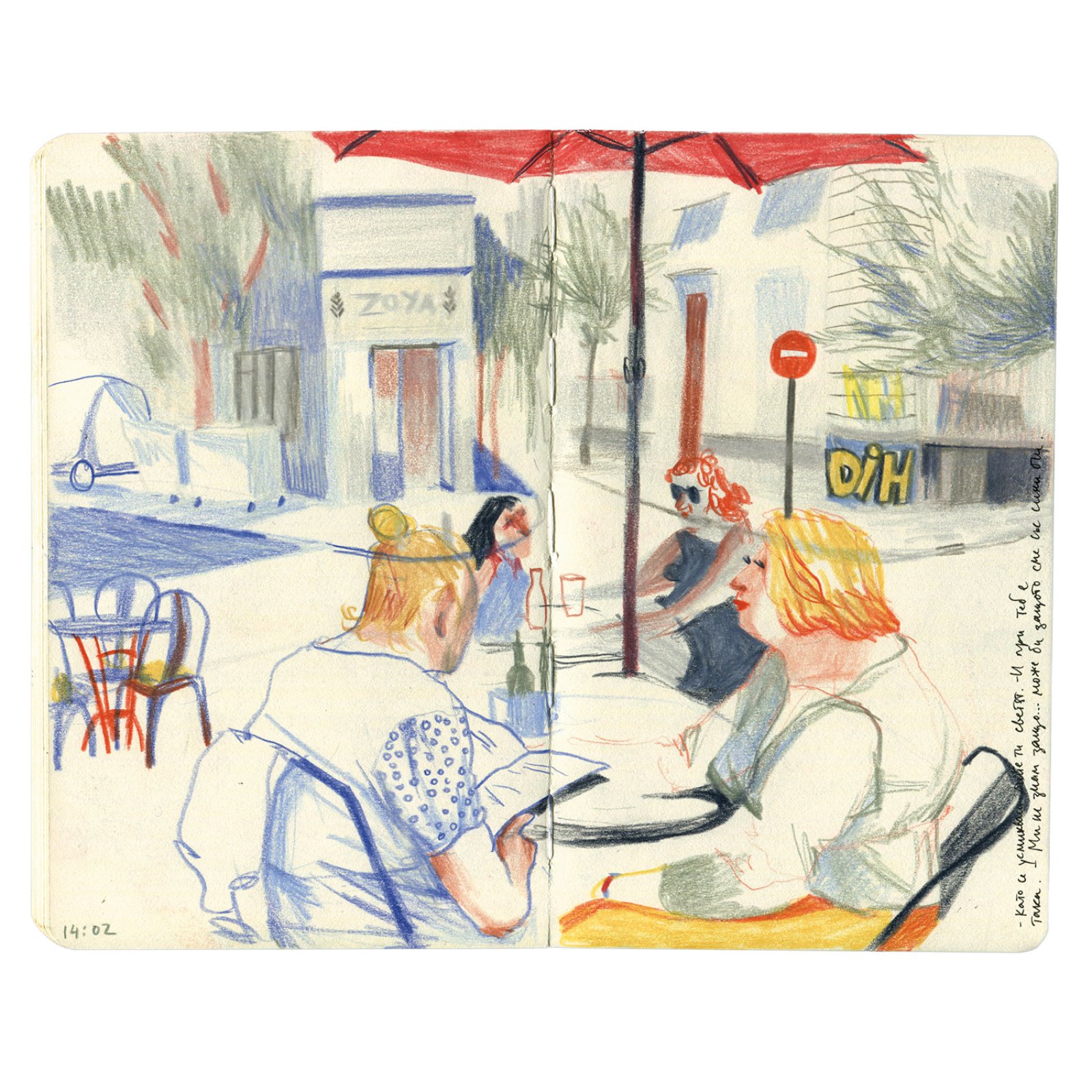 VYARA, SOFIA AND OTHER ANIMALS

We can enjoy many book covers featuring Vyara Boyadzhieva's work, and she is also working on several projects for illustrated children's books, including one that she is writing herself.

After a three-month break, cafes and restaurants have reopened their doors just in time for the arrival of Baba Marta, and along with that news about interesting new exhibitions and events have begun to appear. Among those is the long-awaited exhibition of sketches by Vyara Boyadzhieva titled Sofia and other animals, which will stop over at bar Friday from March 8 to April 8. The exhibition will transport us to the world of images and stories that Vyara observes, hears, paints and records with the care of a committed researcher while walking through the Sofia cityscape. The exhibition also features several similar illustrations from Greece.

In 2020, Vyara was part of the Vij! project When outside is inside. Diaries of isolation, which from started out as a virtual edition and turned into a book and exhibition which visited both Sofia and Plovdiv. However, during this memorable year, several other significant things happened to Vyara – she finished her master's degree in children's illustration in Cambridge and added this accomplishment to her bachelor's degree in illustration and comics from the College of Fine Arts in Bologna. We can now enjoy many book covers featuring her work, and she is also working on several projects for illustrated children's books, including one that she is writing herself. Her impressive portfolio is not the only measure of her talent – we can also point out that she received the best student illustrator award for 2020 in the illustration competition organized by the Victoria and Albert Museum.

We talked to her a couple of days before the opening of the exhibition, and asked her to tell us a little more about the characters we can find in her sketches, the inspiration behind the name of the exhibition and how it's connected to Gerald Durrell, how stories can be encoded in images and what things she would never want to change about Sofia. 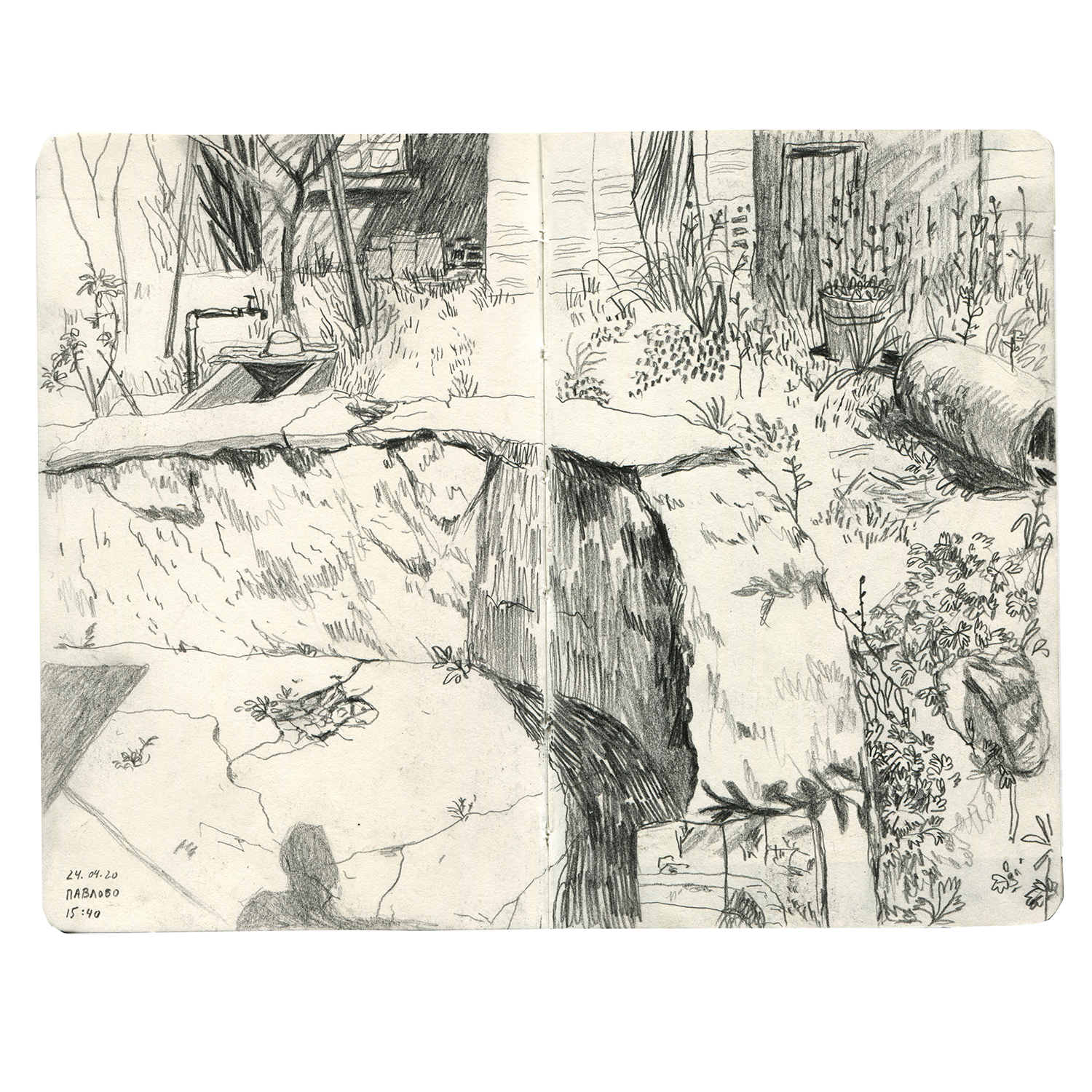 What type of characters can we find in the sketches from your exhibition, which is making it next stop at the Friday bar?

Most of the characters you see in the show were drawn before the pandemic, in the summer of 2019. You'll see the chess gurus who are always in the city park, kids at the Tony Cafe who look incredibly bored by the company of adults, a Roma cleaner who keeps saying "the kids are alright" during a conversation with a passer by, and many others! I'm looking forward to the weather getting warmer and everyone coming out again so I can draw them, but if you happen to see me, please don't strike a pose!

The title of the exhibition is My Sofia and Other Animals – what is your Sofia like and what are the other animals?

The title of the exhibition is a reference to Gerald Durrell's book My Family and Other Animals in which he describes his years on the island of Corfu with great humor and admiration. He talks about the characters in his family with such frankness, but also with a lot of love. This is also what I'm trying to do with my art – to record by means of a line or letters, often using both, the things I see and hear on the streets of Sofia. Sofia is multifaceted and intriguing in a very specific way and I think the title captures my feelings for it and its people. Those who have read Durrell will understand! 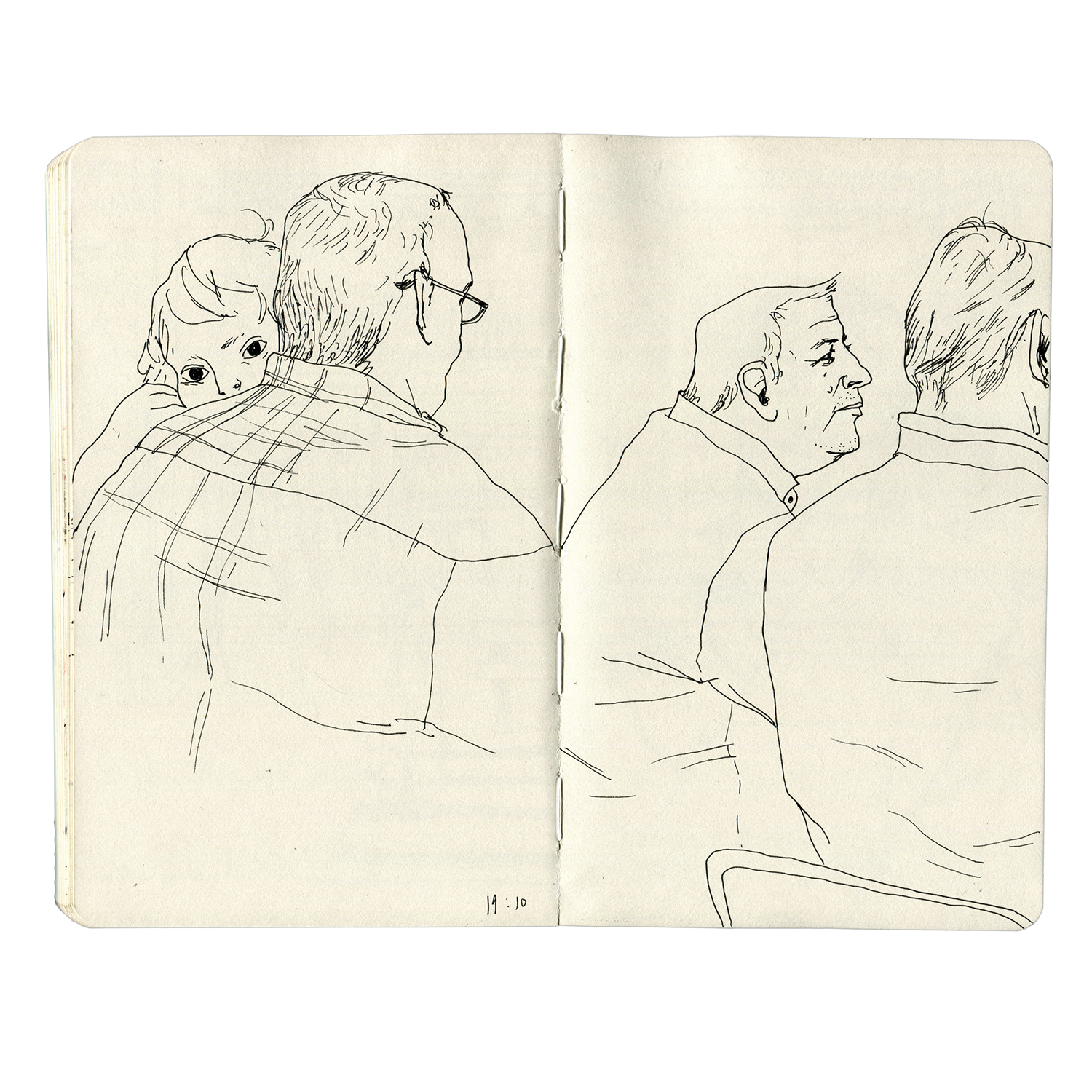 Tell us some of the funniest, most curious or simply impressive stories you've witnessed that are hidden or encoded in your drawings.

I think that in most of my drawing of people in Sofia, the situations and dialogues had a humorous note. I remember most of them with a smile! The thing that always makes these sketches come alive is the combination of a quote from something I overheard while drawing something completely different. This is something you find in picture books – when the text and the drawing show two different things, we have to make the connection (I think you can always find one). If you've ever played the game in which someone writes down a word, another person draws it, the next person writes the word that they think this drawing illustrates, etc., you understand that it's almost inevitable that there will be laughter when sketching outside. But in some rare cases, the combination of text and image is deeper and more impactful, as in one of the sketches you will see in the exhibition. And I can tell you more stories when I see you in person at the exhibition!

What would you change about Sofia and what do you never want to see changed?

I really want Sofia to become more international. To see faces and hear languages from everywhere. I think that this is what I miss most in Sofia and I would like this to change. Some of the things I don't want to change are its spontaneity, sitting on the edge of a dirty sidewalk, the ease of talking to a stranger on the street. These are very nice Balkan-oriental features of Sofia, I never want to see them decline, or in other words – to look like more like the West.

Sofia and Other Animals is a guest at the Friday bar from March 8 to April 8.

More about Vyara Boyadzhieva's work can be found here.