Portraits of the Human: Yves Marchand and Romain Meffre

Yves Marchand and Romain Meffre have been exploring modern ruins with their cameras for years and have noticed that what leads to development is also the cause of destruction.

Yves Marchand and Romain Meffre are some of the biggest names in the photography of abandoned places. The French duo began working together in 2005 on their most famous project - The Ruins of Detroit, published as a photobook in 2010 by the prestigious Steidl publishing house. Their approach is distinguished by in-depth research and represents a serious exploration of topics such as the effects of industrialization on architectural heritage and the changing urban environment in the age of consumerism. Another major project of theirs involved the small and ghostly Japanese island of Gunkanjima, located near Nagasaki. Once an important coal mining center, in 1959 it had a population of 5,259. With an area of 6.3 hectares, this makes the island one of the most densely populated places on the planet. In 1974, the mines were closed and it became deserted. And they are currently completing their photo series for American movie theaters and theaters – an epic 15-year effort.

How do you met and how are you working as a collective?

We first get in contact through email via a friend in 2002. We used to work mainly on the same places with our own 35mm camera until 2005 when we first went to Detroit, and then made a exhibition with our images edited together. Then we decided to purchase two 4x5 inches camera in 2006, one for each of us, and go back to Detroit and also start the project on theaters. It was a 3 weeks trip and, as it was a quite complicated and time consuming process to take every picture with our own large camera, we ended up putting only one camera deciding on every images together. On site, we just have a small talk before deciding were to place our tripod, working at 2 allow us to find the right distance and balance for our framing, having less hesitation and doubt about which picture we are about to make.

But being 2 is probably what allow us to keep being motivated as a lot of our subjects are serial and are almost like small inventory by themself even through being exhaustive is almost impossible, but we like this kind of encyclopedic feeling about documenting a large amount of places. But all of this process of searching for places from books, internet, google maps etc... then exchanging emails together and make our own inventory of places to shoot and then, get contacts, and then take a plane ticket and then go on site... or at least try to go on site... all of that take us a tremendous amount of time, the theaters series for instance will soon be released as a book, but it took us 15 years to make it, and working together is our most powerful asset! 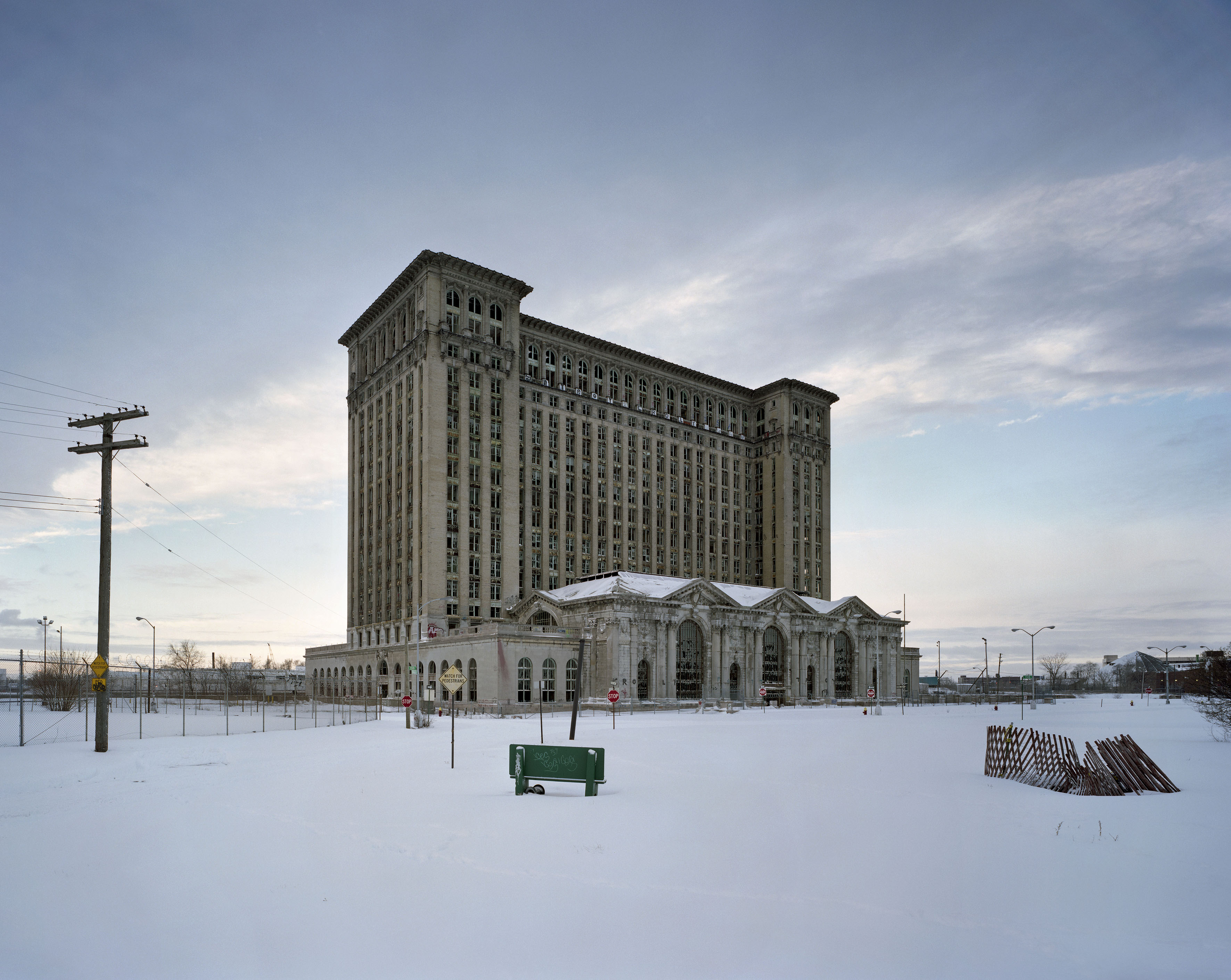 You describe yourself as "autodidacts who share an obsession with ruins". What are the pros and cons of accomplishing such big projects without formal training in photography?

It probably allows us to have a little bit more freedom within our approach to photography. We were not bombed with too many influences at our beginnings, which probably give us more freedom. Then we probably took more time to improve technically and have to figure out a precise methodology by ourself than if we would have been to a school of photography, but things such as finding the places, get accessibility, framing, are typically things that you learn on the field.

Detroit was once the 4-th largest city in the USA and Hashima Island was maybe the most populated place on Earth with it's 5000 inhabitants.  What is the connection between Hashima Island and Detroit?

Yes it's not on the same scale, but both cities are the result of a very fast industrial rise, which prompted them to a very fast urban development. In Detroit it was a slower decline, starting from the 50's while in Gunkanjima is was decided to close the whole island in 1974.

But to us it feels like the 2 ruins are quite related in their fast history and development, even if their model of architecture is quite the opposite but that also what was fascinating to us. In Detroit and more largely in the US you get that idea of urban sprawl, and all the fanciness and confidence of the early XXth Century demonstrated within the architecture, while in Gunkanjima it was an architecture of pure modern efficiency, on a tiny island, that was like a reduction of the whole japanese archipelago, with all the concrete buildings mainly devoided of any superficial decoration, there was that idea of collectivity devoted to the production. That’s what we like in thoses two subjects, being related on many aspects, and especially the fact that those cities are strongly linked to their industrial developement which have had ultimately a great effect on their downfall. 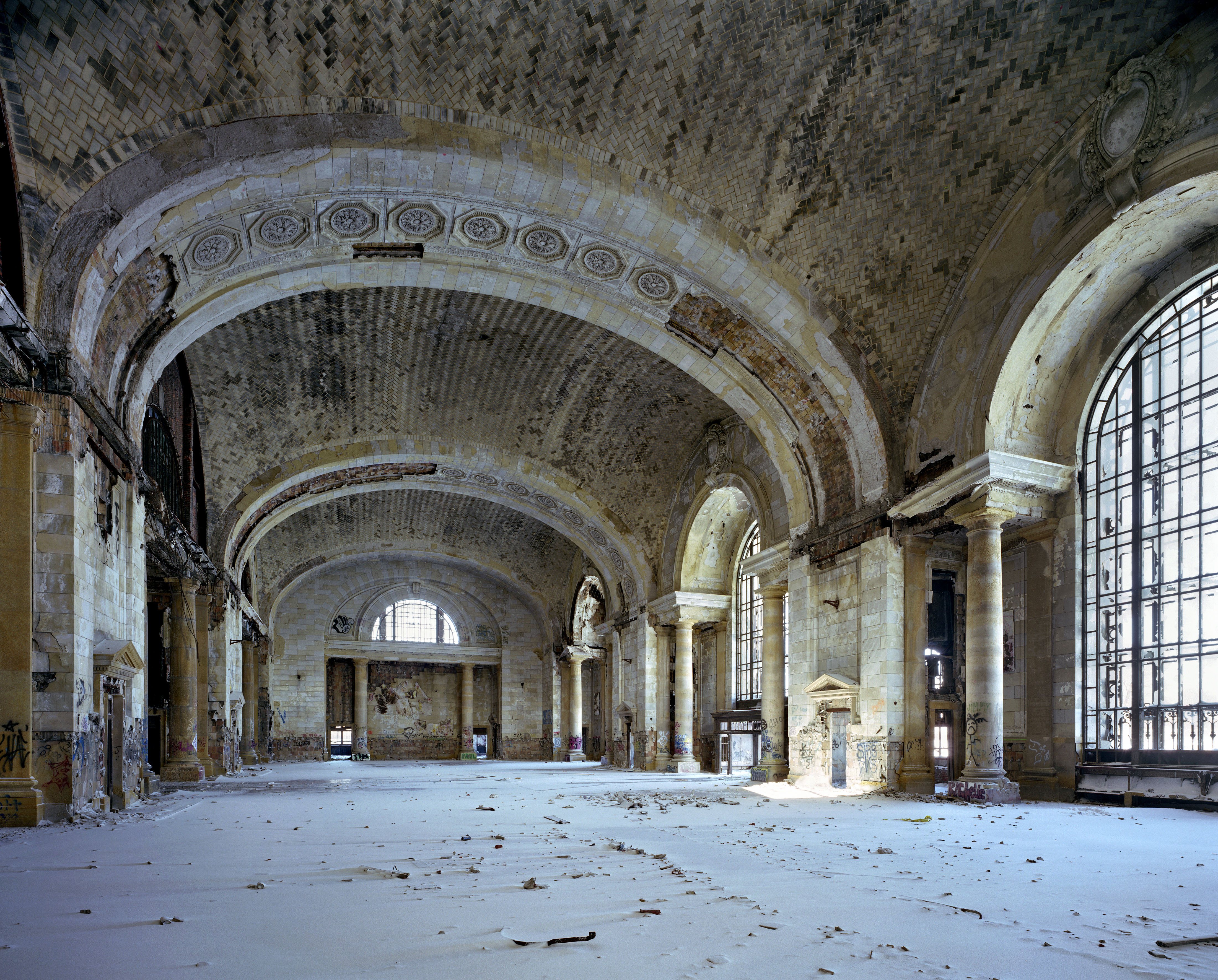 What is the reason for your interest in the "contemporary ruins"? Which features of the contemporary man and the modern times do they express ?

We try to make a portrait of society through its buildings and the way in which they evolve. It's for this reason that we are particularly sensitive to buildings which encapsulate several temporalities, first by their achitectural style which often refer to successive empires and which are already a strong evocation of historical cycles, but also in their state of physical evolution that is either in a state of decrepitude or their reuse. As such, we are often looking for examples of syncretic, spectacular, sometimes outrageous architecture which embody both the idea of community and collective destiny as can be seen in theaters, train stations or dwelling buildings such as those of Budapest. We then observe the metamorphosis of these constructions. Obviously, the more these transformations appear visually, as photographers, the more we are sensitive to them. In a larger way, we’ve always been sensitive to that idea that ruins demonstrate our human aptitude to create, but also abandon and ultimaltely destroy in a very cycling and redundant process. Once a building is in ruins, or at least when you get to see the effect of time and nature, the architecture start to feel more fragile and organic, in a way closer to our human fate, and that's probably what's moving in the state of disappearance.

In what way are the abandoned buildings an instrument for research of history and society?

Abandoned buildings are like fragments, that are standing apart of official history, of what it has been decided to keep as “valuable history”. They always tell something interesting, by their condition and status. Being forgotten form the flow of our collective memory. As explorers, visitors, photographers, it is the moment whenit's probably the most interesting time "to intervene". Even if it is often in the first place guided by a very simple candid curiosity and sometimes a little bit of thrill linked to the transgression, “the act of exploration” is not totally trivial and takes on a slightly more committed, almost 'political' meaning since it is a question of bearing witness to an alternative history and geography which very often undermines the dominant narrative pattern. 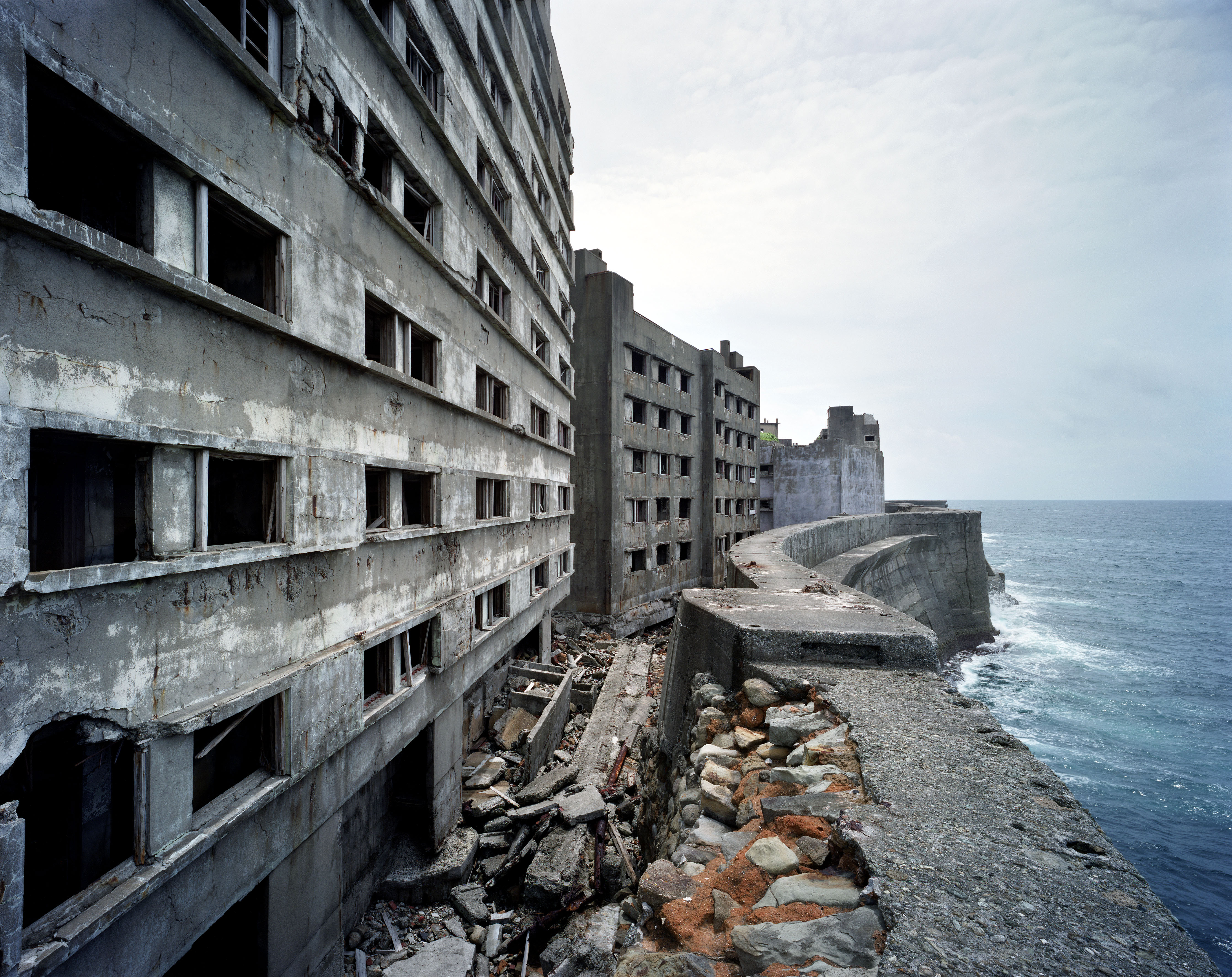 You are based in Paris, but your biggest projects are outside Europe. How being a stranger does help you?

As a stranger it's probably easier to rapidely catch the visual evocative power of a place or landscape. Things that a local would not look anymore. It's always easier for an outsider to spot on the small and big difference, and the small and big resemblance :what would make a place being both unique and universal at the same time. When you travel and you get too acustomized to what you're seeing, it's usually time to go back and take time to think about the images you have made, and then go back and start to nuance that first draft. Also it obviously works the other way around, coming back from abroad, you notice everything that makes your living place singular.

Since 2005 you have been working on a project about the theaters in the USA. The biggest difference between the new project, THE RUINS OF DETROIT and GUNKANJIMA is that many of the theaters are not in ruins - they have become shops, churches and so on... Can you give us more detailed information about it?

Yes, what is interesting in those reused theater, in those hybrided spaces, was the idea of continuity, rather than of an historical end, but the idea of a continuity without, however, being able to consider that there has been a moral, or aesthetic "progress" even if this is subjective. This historical extension made of adaptation is rather the opposite to the usual romantic or apocalytic decadence that we usually project onto a "pure ruin": a ruin which would have no other function than to be a ruin. In term of evocativeness the theater's decors form a kind of over-framing of our everyday, made of supermarket, retail, storage, etc... which, instead of the stage, became the spectacle. That was something that was striking us while we were visiting some of those theater, and it made us reconsider how to photograph modern ruins and landscapes. As such, these hybrid ruins sometimes seems almost to us to be a form of demystification of the “classical ruin” or classical view of modern ruins that have been hugely popular and widely spread online for the last 10 Years. It is all these intricate and complex relationships, which ultimately engage the spectator on different tracks, thwart our expectations, titillate our spirit of deduction, constrain our imagination and question our very notion of decadence, morality and aestheticism. 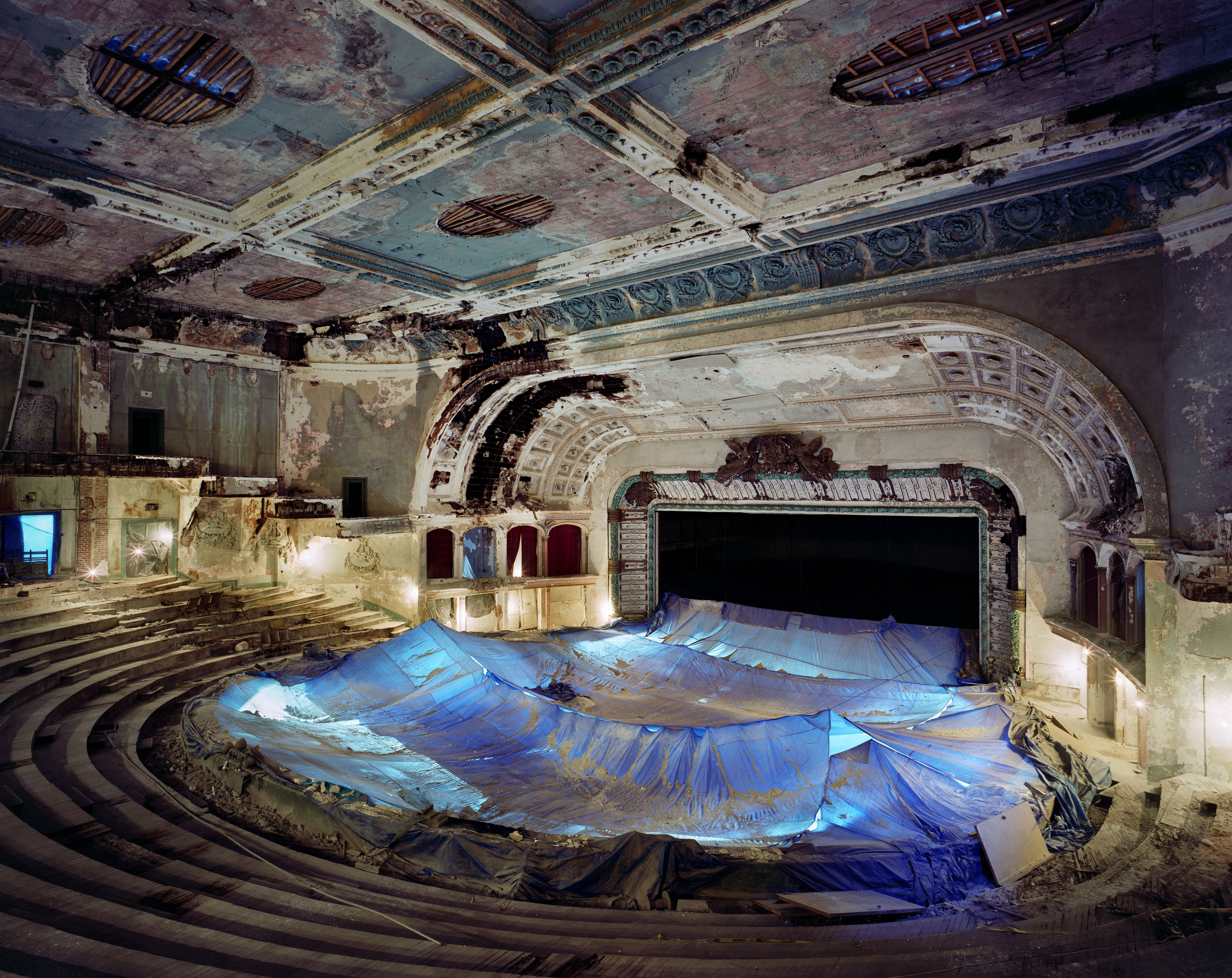 What can American theaters teach us about the era of capitalism and consumerism that we are living in?

In the begining of the XX Century, the major technological advance of the reproducibility of film and cinema, which was already a form of dematerialization, allowed a first phase of industrialization of production and distribution and therefore of leisure consumption towards what rapidely become a mass culture.

Nowadays those closed theaters are the final result of more than 100 years of an industry that changed the face of the world, and that had a huge role into shaping our collective ideology, through the massive diffusion of movies and especially american imagery and movies. We've been fed by this narrative. Wewent from 3000 seats cinema, to television, and then nowaday the ultimate confort of having a portable device with a screen that we could bring everywere.

The thing which is interesting to understand is that the cinemas industry always contains by the nature of his reproductability the factors that would ultimately provoque the downfall of the movie theaters. This statement could unfortunalely be applied to many aspects of our life. 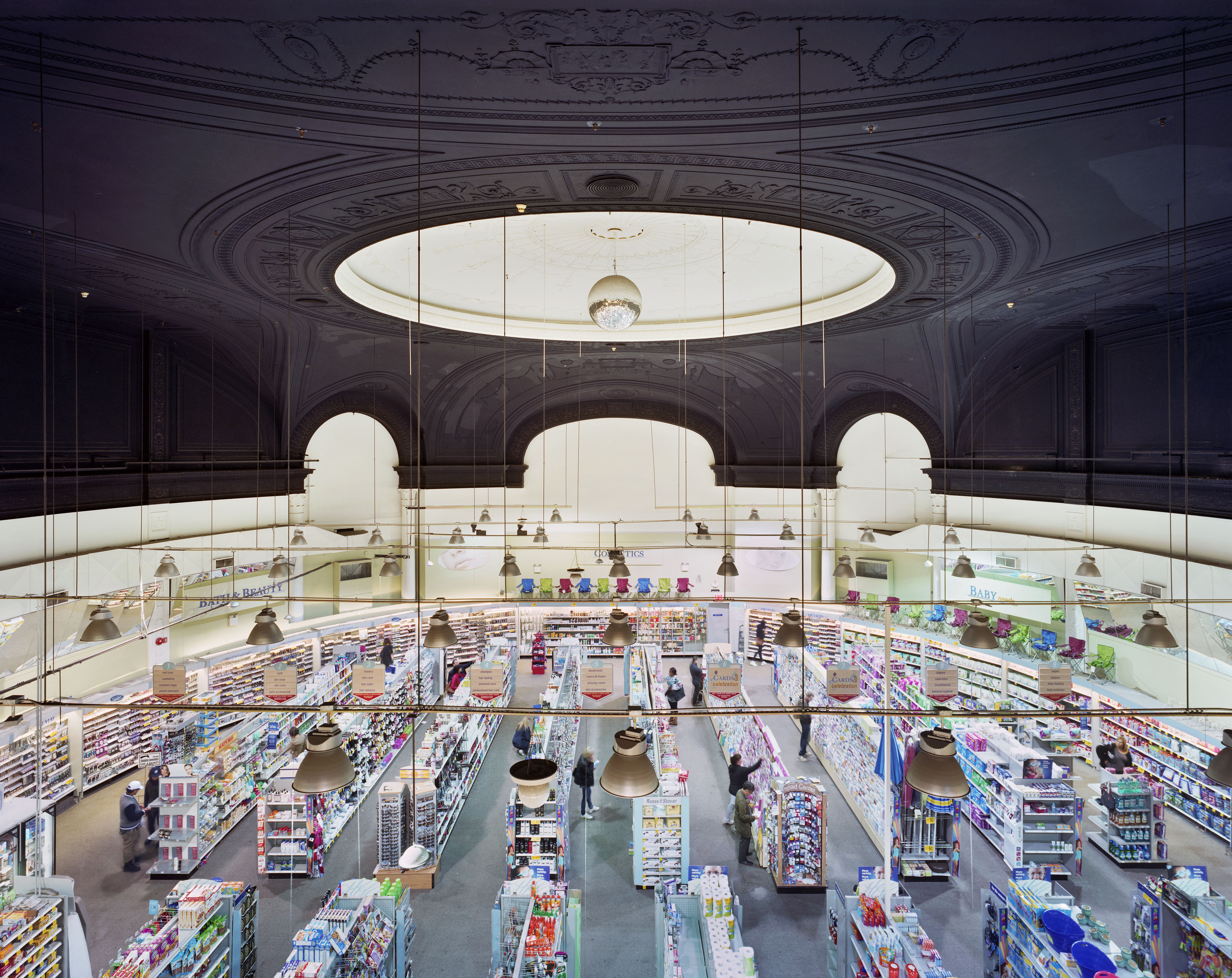 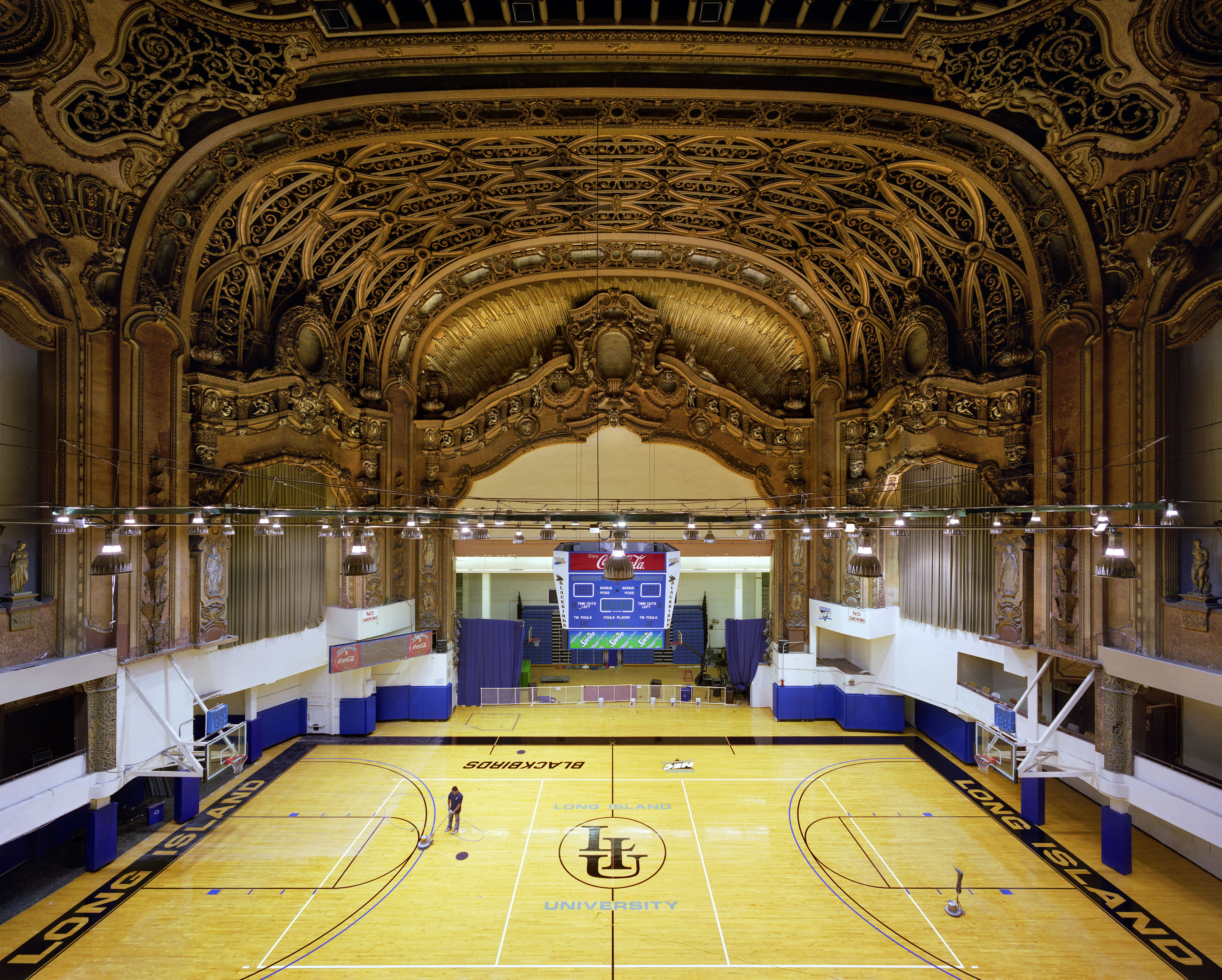