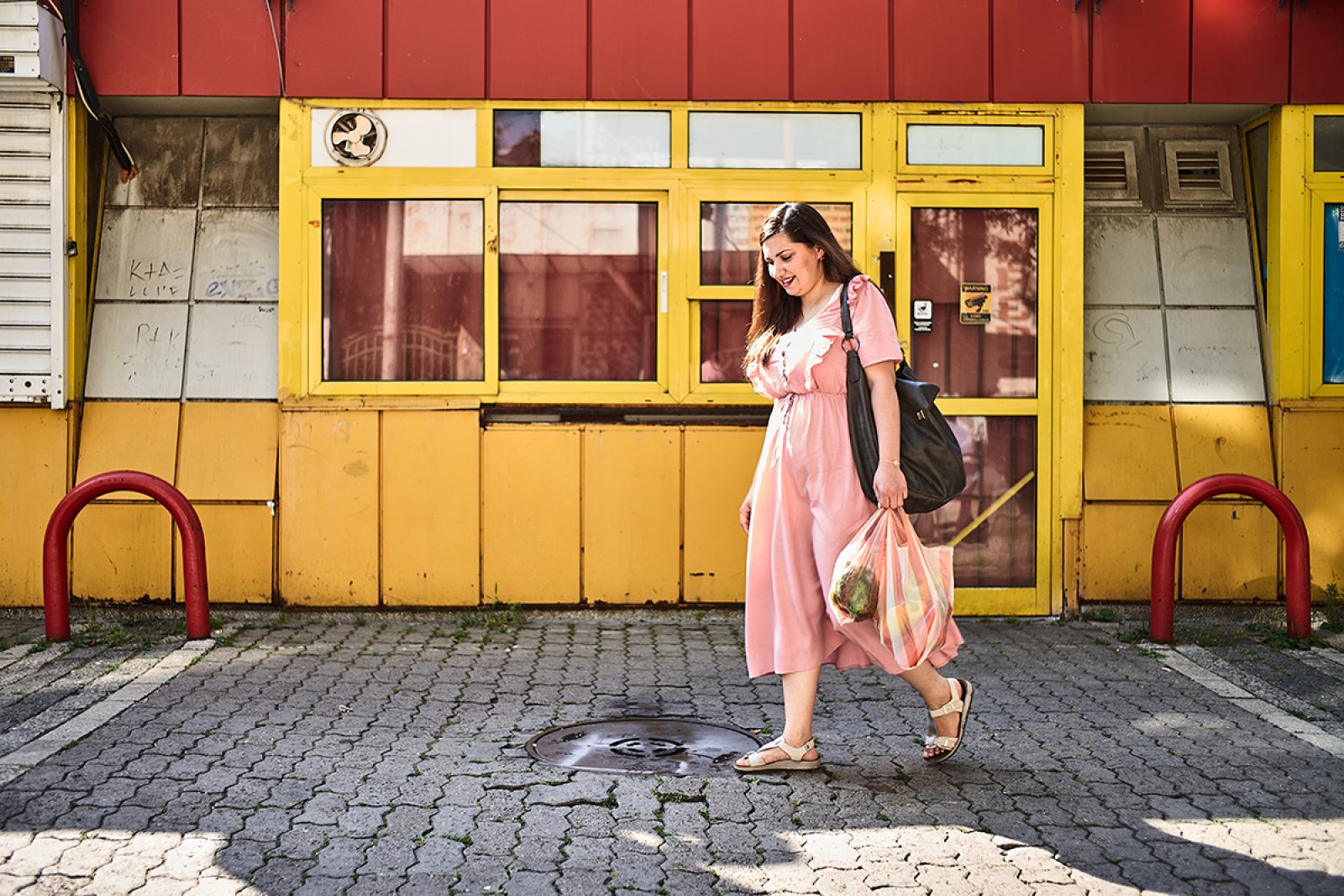 "I feel happy here because Bulgaria helped me," says the founder of Khaala Sara Foodz

When she crossed the Turkish-Bulgarian border on foot in 2016, Afghan Sara Faizi was nine months pregnant. She gave birth to her second child shortly after, and her newborn son was diagnosed with a condition requiring treatment abroad. She quickly received refugee status and financial assistance which allowed her to move to Germany a year later. She returned to Bulgaria in 2018.

She speaks of Bulgaria with immense gratitude as a country that provided her with invaluable help – medical treatment, documents, language courses, business courses. The Caritas Foundation, Multi Kulti Collective and the Bulgarian Red Cross played a key part in her story. "I feel happy here because Bulgaria helped me," she says. She likes the people, whom she has found to be very kind and openhearted. Another thing she enjoys is the weather: "There is a nice amount of sun, there are four seasons – just like in Afghanistan. And Bulgarian culture is similar to Afghan culture," she adds.

Back in Afghanistan, Sara finished university and worked in the banking sector. However, because of Daesh, there is no place for women like her in Afghanistan. In Bulgaria, she has worked for Caritas and in the IT sector, but she has always wanted to start her own business. She realized that there is no Afghan restaurant in Sofia, and that no matter what else is going on, people will always spend money on food. A large part of her courses and activities take place in the area around the Women's Market, and she saw that her clientele was already there. Thus, eight months ago, the first Afghan restaurant opened in Bulgaria – Khaala Sara Foodz. At first, Sara was doing everything by herself, but now the restaurant has three employees. People usually come to try Afghan food for the first time.

Guided by her entrepreneurial instincts, Sara is already planning to turn her venture into a chain and open a second location in Plovdiv, as well as a summer location in Burgas for the next tourist season. If the situation in Afghanistan were to improve one day, she would not leave her life in Sofia behind, but would split her time between the two countries. Because, as Sara keeps repeating, she feels happy in Bulgaria.