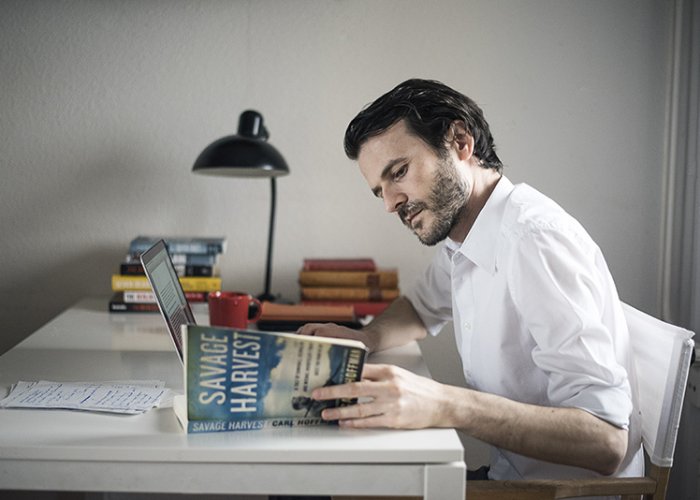 Emil Christov is a traveller, poet and journalist. He has worked as an editor at the Bulgarian Harper's Bazaar and as a freelance writer. "Aquarium", his first book of poems, won first prize at the "Veselin Hanchev" competition in 2007. His works have been published in "Literary Journal", "Literary Forum", "Sega", "Circle", and numerous anthologies. He is a recipient of the Stefan Tanev Scholarship for Press Journalism. Among the founders of the art collective Ustata. 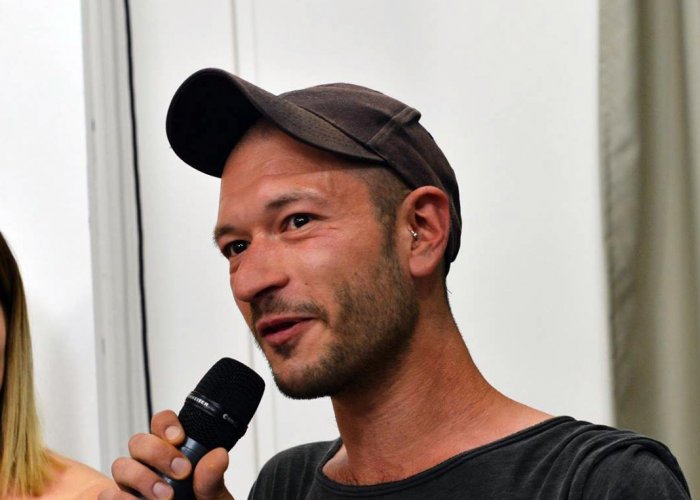 Yasen Vasilev works in the field of contemporary dance and performance as a maker, dramaturg and critic. Educated at the theatre academies of Sofia (2013) and Shanghai (2016), he’s been a contributing author for Springback magazine and a dramaturgical consultant for choreographer Ehsan Hemat (BE/IR) since 2018. Locally, he works with the artist-run residency space for playwrights and artists at risk Radar Sofia and co-runs Drama Pact, a collective of writers and performance makers who share resources instead of competing for them. He also published four poetry collections and four plays and received the audience award at Sofia:Poetics 2010 and the CEI Fellowship at Vilenica festival in 2020. 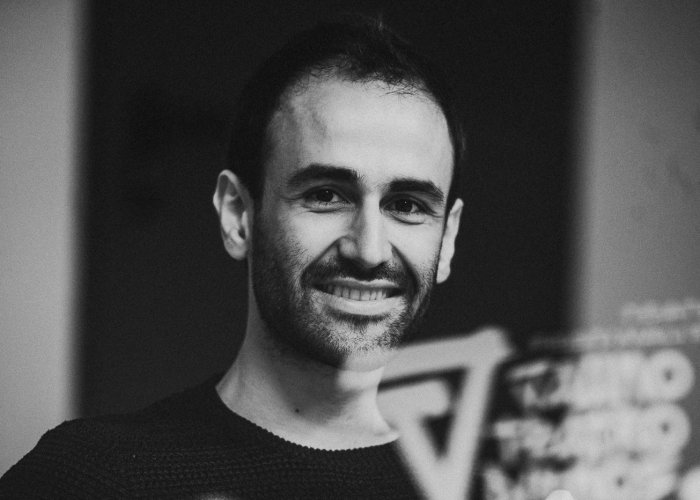 From decades, Nasso Ruskov has been something like an ambassador for the British culture and music in Bulgaria: first, back in the 90's he fronted one of the first few bands acts who dared to sing in English on the local scene - Babyface Clan, then found some international recognition with Imbeciles & the Poison Umbrella, now you can often see him DJ'ing and next to electro-pop act Les Animaux Sauvages. 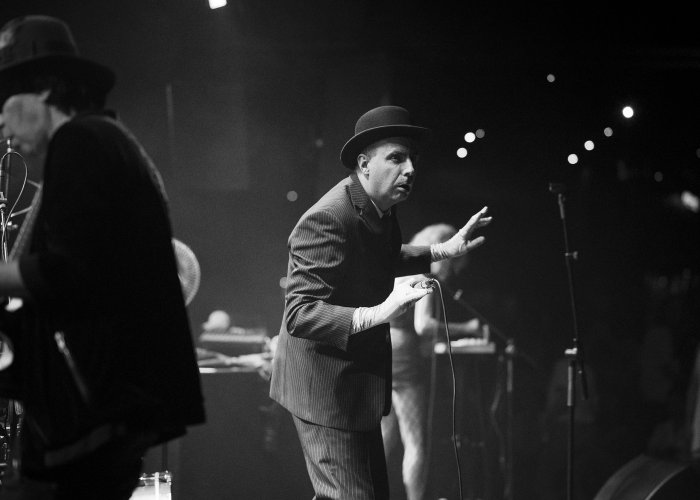 Stefka Tsaneva is a curator, cultural manager and art critic. She has studied Scandinavian and media studies at the Humboldt University in Berlin and art history at New Bulgarian University. She currently works at the cultural department of Goethe-Institut Bulgaria and is responsible for visual and performing arts projects of the institute. Together with Vessela Nozharova and Vera Mlechevska she is co-founder of the International curatorial residency CLICK in Sofia. In 2018 she started the project Ö for a shared studio with artists and the series of talks “Something old, something new, something borrowed, something new” which takes place at Structura Gallery. Since 2017 she has been co-curator of the annual exhibition “Art Start: Young artists to follow” together with Vessela Nozharova and Daniela Radeva. She is founder and host of the radio show “Moleskin” in Radio Sofia and Radio Plovdiv.

Dimiter Kenarov is a freelance journalist, poet, literary critic, translator – a writer, really. He was born and raised in Sofia, Bulgaria, studied in the United States (Middlebury College; University of California – Berkeley), and now lives mostly on the road. He is the author of two collections of Bulgarian poetry and a books of translations of the selected poems of Elizabeth Bishop and one of Jack Gilbert's poems. His English-language writing has appeared in Esquire, Outside, The Nation, The Atlantic, Foreign Policy, The International New York Times, and The Virginia Quarterly Review, among many others. His work has also been anthologized three times in The Best American Travel Writing (2009; 2012; 2013) and has been twice labeled “notable” in The Best American Non-Required Reading. He is a member of PEN-America and The Association of European Journalists – Bulgaria. 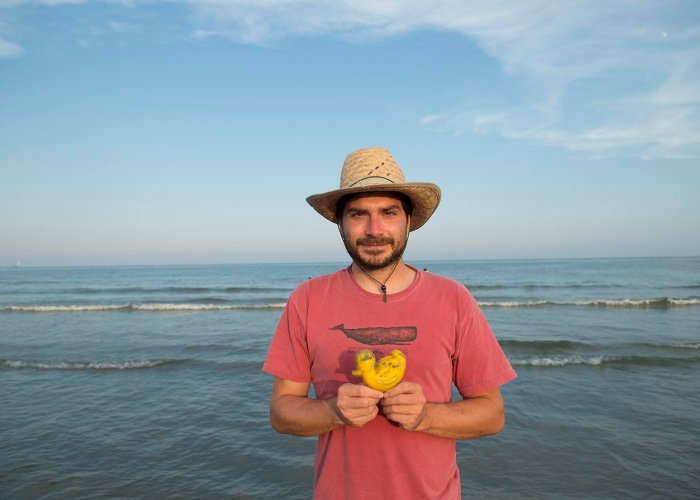 Vesela Nozharova is an art critic, curator and freelance author with many years of professional experience in the field of contemporary art. He has a master's degree in "History of Art" at the National Academy of Arts, Sofia. She worked at SBH, in the "Irida" gallery and Ata - Center for Contemporary Art. From 2003 to 2006, he was the program manager for visual arts at the "Red House" Center for Culture and Debate. In 2007 he was the curator of the Bulgarian national pavilion in the 52nd Venice Biennale of Contemporary Art, and in 2008 he was the assistant curator of the 11th Architecture Biennale in Venice. She was the curator of a number of exhibitions in Bulgaria and abroad. In 2008, he became a founding member of the "Art - Cases and Documents" Foundation. In 2015, her book "Introduction to Bulgarian Contemporary Art" ("Janet 45") was published, and for seven years she has been working as a curator at the Credo Bonum gallery. 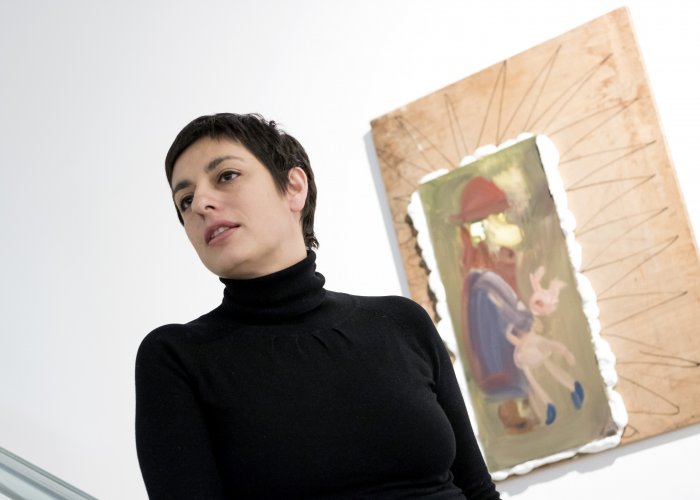 Veselin Gerenov is a literature teacher and also one of the people behind the Burgas International Film Festival. 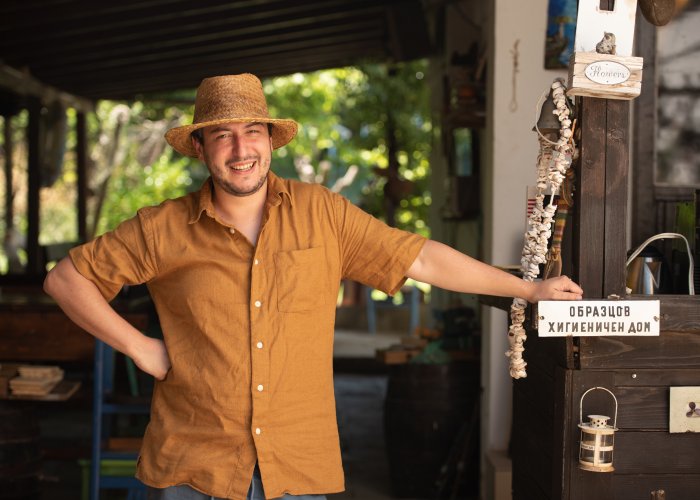 Margarita Borisova and her husband Yavor Ganchev have been taking care of "Dyukyan Meloman" - the oldest music store in Sofia and a small island of music at 7A "6th September" street, for nearly 30 years. 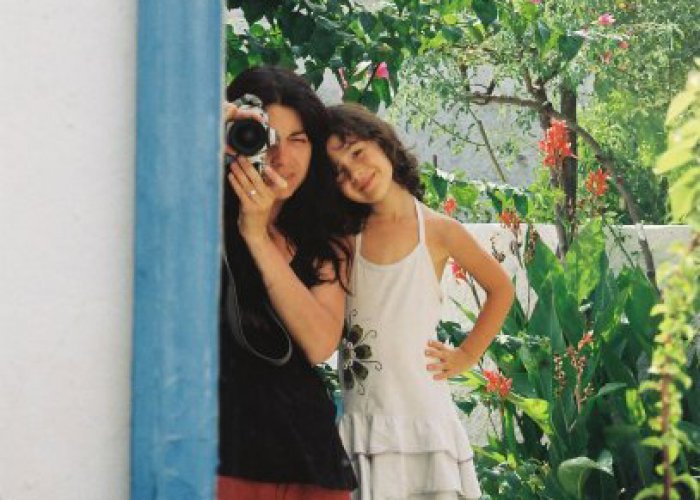 Margarita is a lawyer by education, but at heart she is a traveler, explorer and movie buff with a French sensibility. With exceptional sense and attention to detail, she knows how to discover the messages of the cinema, hidden between the frames, as well as tell about distant countries as if we were on the road with her. 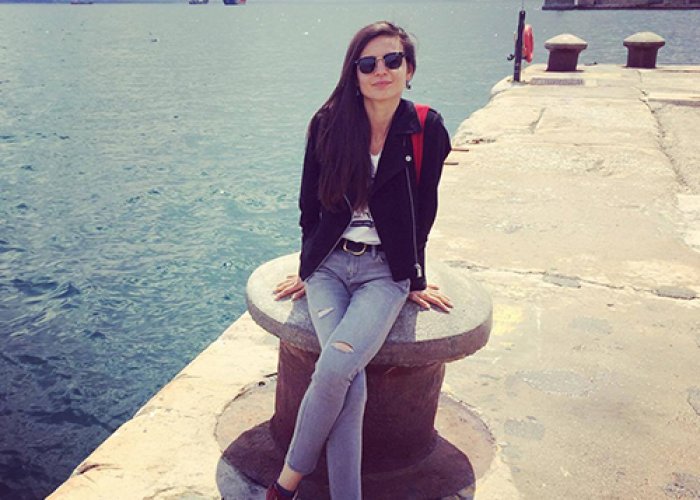 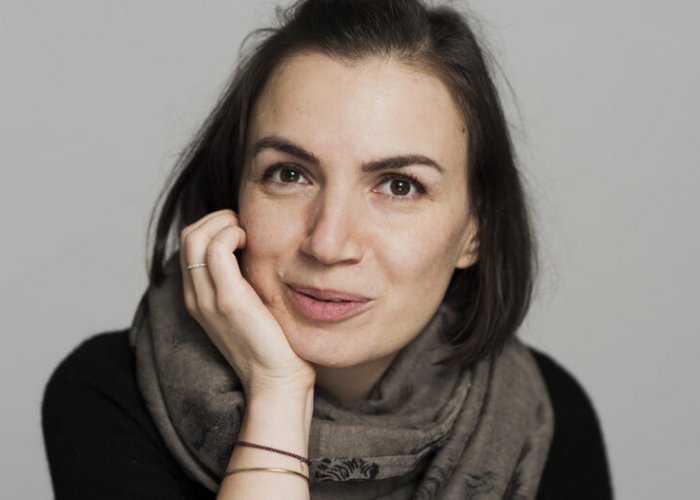 Lozanov is the marketing director of one of Bulgaria's major publishing houses - Janet 45. He has graduated in Moscow, worked in Saint Petersburg and has written on political affairs in Eastern Europe. 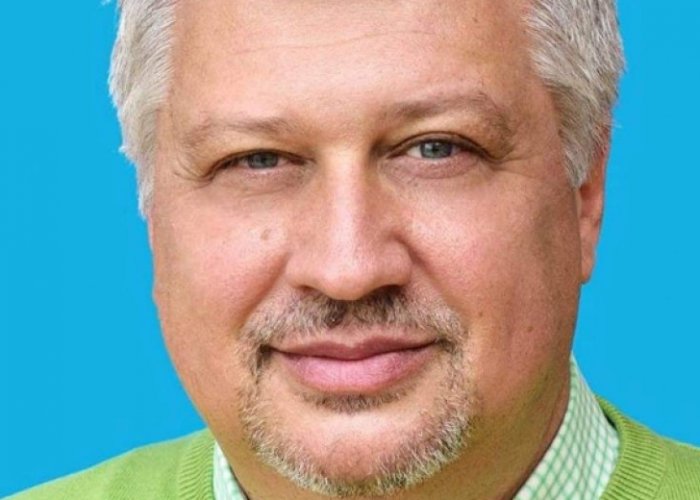 Journalist, writer, poet, DJ and promoter at the music platform Indioteque. Svetoslav has many years of journalistic and editorial experience on topics related to culture more broadly, and has written for Dnevnik, Capital Light, Balkan Inside. He has a degree in Bulgarian Philology and a master's degree in Film, Literature and Visual Culture from Sofia University. He is the author of the short story collections The People Who Slept Alone (2014) and Ten Conversations (2017). His audio collection Nothing Will Happen to You was released in 2020. 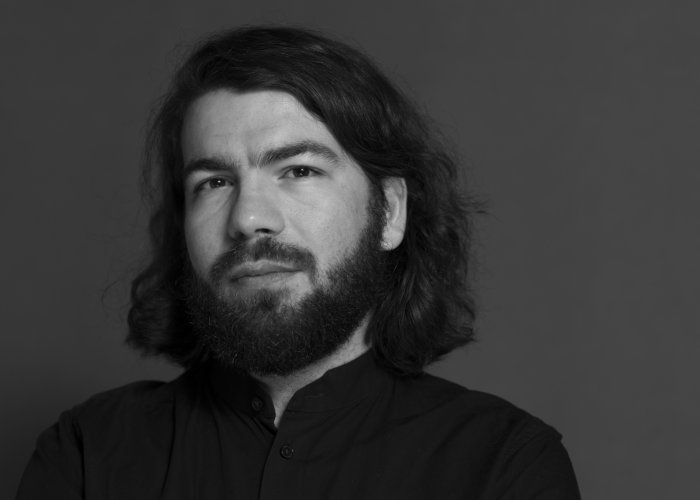 Kameliya is the founder, publisher and editor in chief of Vij!. She is in charge of the design and layout of the publication, and also runs the visual arts column "Artist's corner." She has a degree in History and Theory of Culture from Sofia University and, in addition to running the magazine, she has worked as a freelance designer for 15 years. She is part of the team behind the Burgas International Film Festival, Darik Radio's "dolce far niente," the projects "Scrap materials" by workshop Punkt and "Camera Electronics," the platform oldburgas.com, etc. 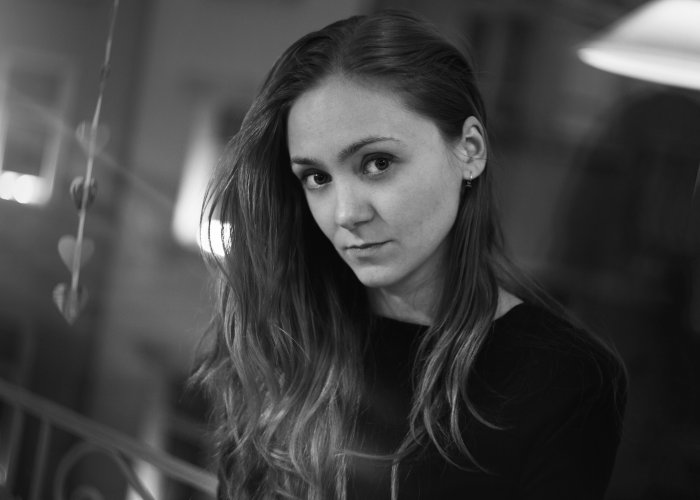 Ivan is a prose writer who allows himself to write poetry, and thinks that we could all do with less drama in real life, so he redirects it all into his work as a playwright. He is the author of six books, and he is in charge of Vij!'s coverage of contemporary Bulgarian literature. Ivan has many years of journalistic and editorial experience, and has worked in communications and project development in the cultural field. He graduated with a bachelor's degree in Bulgarian Philology and a master's degree in Cultural Anthropology from Sofia University. He has written for a number of outlets, including Gorichka, One Week in Sofia, Egoist and Dnevnik. His play The Eyes of Others debuted in New York. 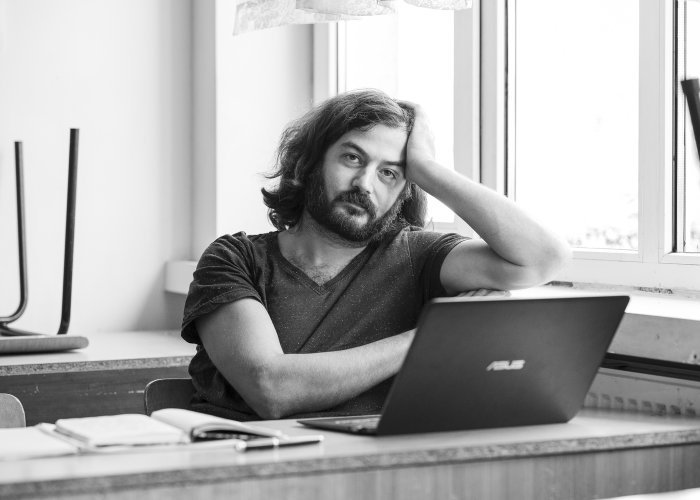 Maya is the managing editor of Vij! and has worked as a journalist and editor in the cultural sphere for many years. She has a bachelor's degree in European Studies from Sofia University with a profile in Media Studies. She began her career in television, at the music channel MM, then she continued in the PR and Marketing department at "Diema Vision" and "Nova TV" before working as an editor covering entertainment and culture at Dnevnik from 2011 to 2020. She has been on the Vij! roster since 2016. Over the years, she has contributed to the Reel Feel project and the Sea Garden festival in Burgas, and her writing has also appeared in Capital Light, Rubbed Magazine, Boyscout Magazine, Go Guide, One Week in Sofia, HEЯ, Blister, etc. 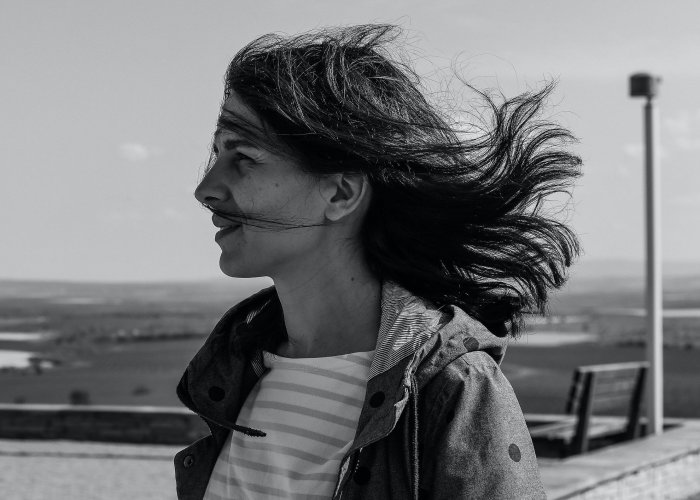 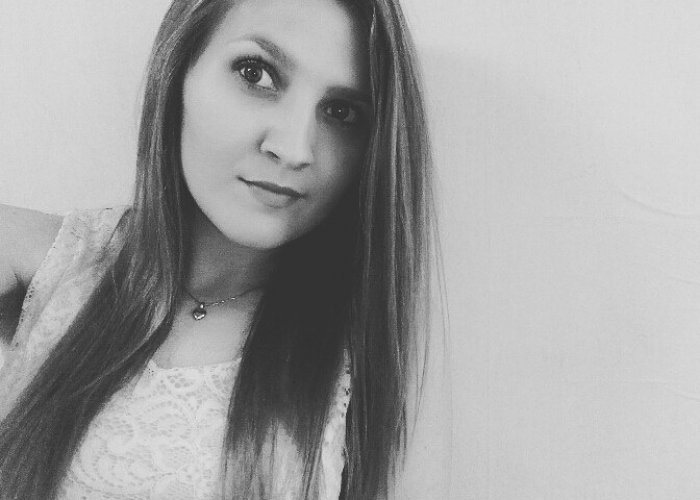 Boryana Pandova is a visual artist working in photography and video and a participant in various projects focusing on social issues. Her educational background includes theater, and her engagement with that discipline led to her love of photography and video. She has a degree in Artistic and Applied Photography from the National Theater Academy Krastyo Sarafov and a master's degree in Photography from the National Academy of Arts. She is part of the core team of the "Na zhivo" project, which is part of the "Art for Social Change – Games Against Violence" program. Boryana also has over 200 hours of experience working with psychosocial interventions. She has been teaching at NATFIZ Krastyo Sarafov since 2019. 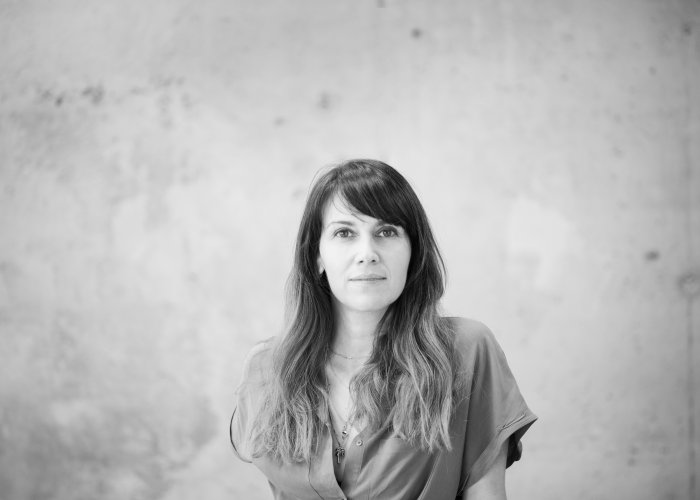 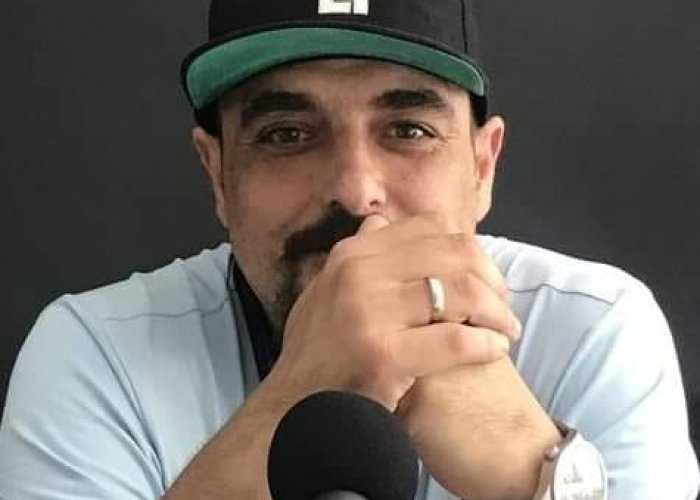 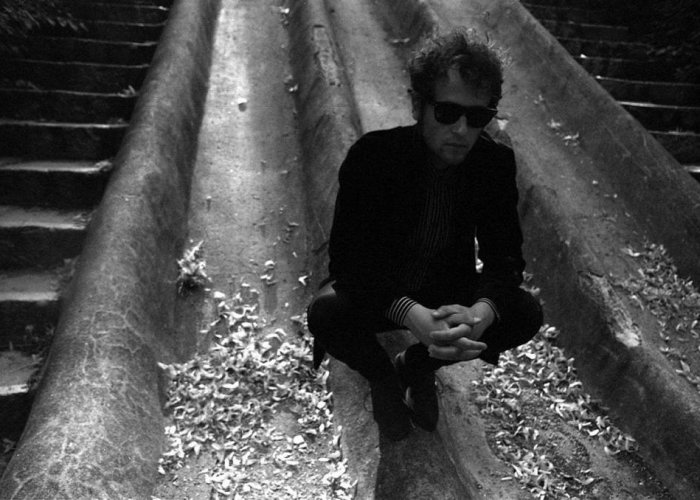 Gergana is the first editor-in-chief of Виж! 10 years later, she already has experience in BNR, Darik, and is currently part of the BNT team. 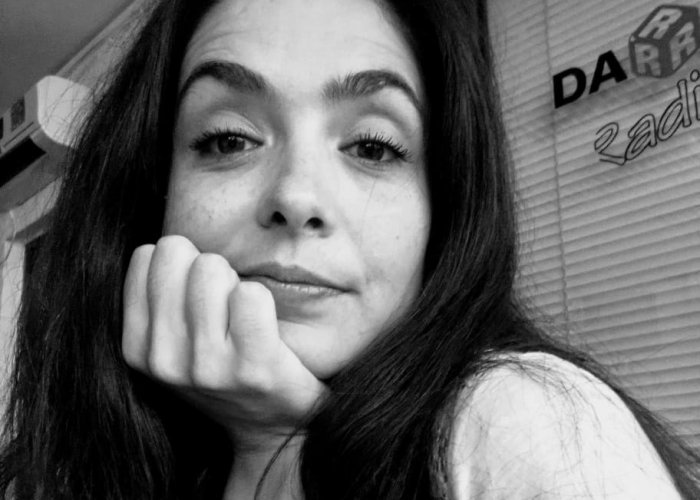 Nikola Mihov is a visual artist working with documentary photography.
Nikola is also the co-founder of Bulgarian Photography Now, a platform for contemporary Bulgarian photography, the Archive of Bulgarian Socialist-era Graphic Design “Socmus” and PUK collective. His first photobook Forget Your Past (2012) was listed among the best photobooks of the year by The British Journal of Photography, reviewed in FOAM magazine, and was nominated for the Deutsche Börse Photography prize. His second photobook Hello and Welcome to Paris was nominated for “The Dummy Award” at the Photobook Festival Kassel (2016). 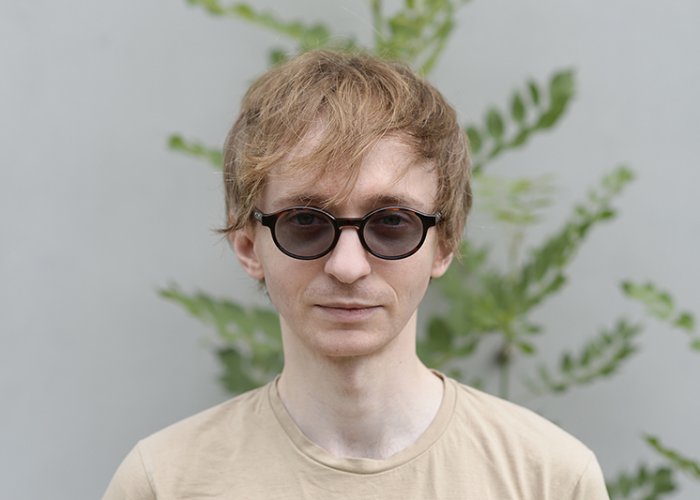 Co-creator of the long-running online journal for culture, cinema, music and fashion Boyscout Magazine. Now focused on his work as a director of contemporary dance. 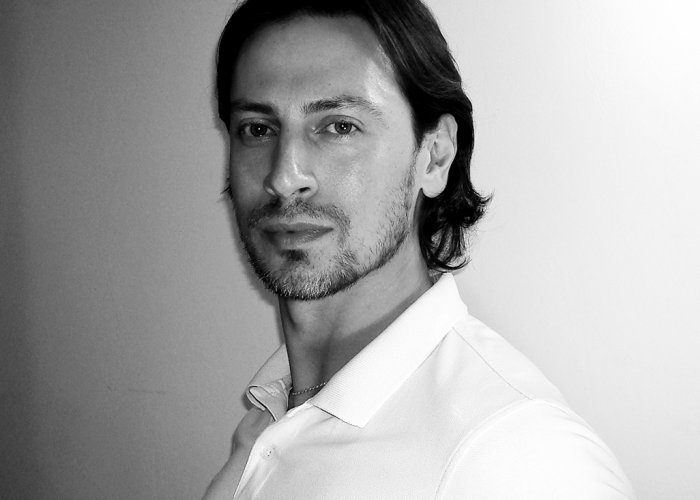