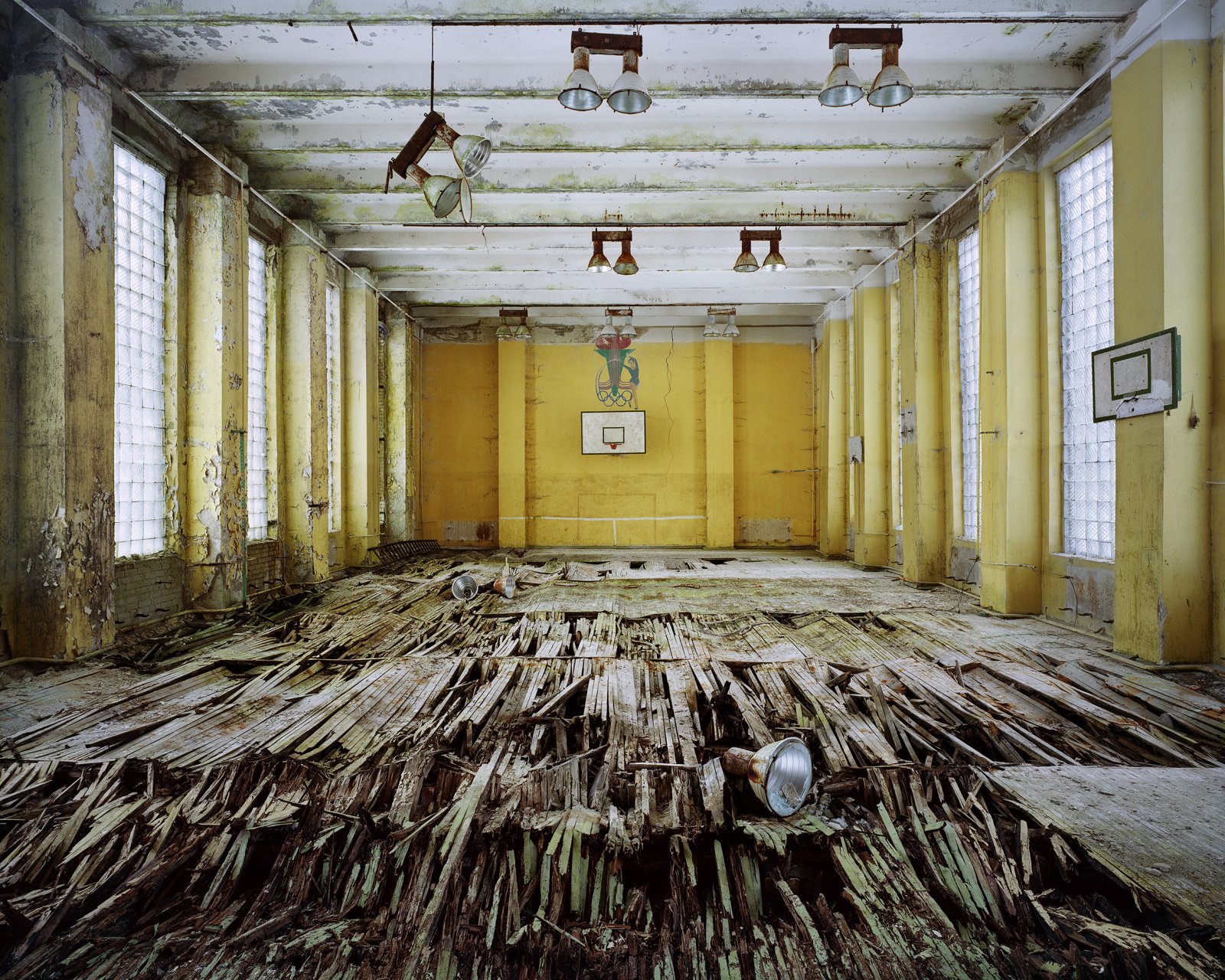 The exhibition Traces of Empires brings together some of his most interesting photographs from around the world.

Thomas Jorion was on a criminally early flight from Paris to Sofia, he is about to travel to the Buzludzha monument, the unfinished brutalist complex in Shumen, and the empty hotels in Tsarevo. He apologizes and says that he's having a hard time organizing his thoughts, but there are some questions he never gets wrong: where and when he took a certain photo, what were the surroundings like, why it caught his attention.

As he flips through the pages of his photography books, he often talks about colors – he is interested in how they change over time, how sometimes you can no longer make out the original colors of an abandoned room or building. That doesn't mean he forgets people. "If you only focus on architecture, with no human presence, you're only telling half the story," says the 45-year-old photographer. He has been traveling around the world for almost two decades, with Cambodia unlocking his further travels. His first book was published in 2010, and the process of finishing each one, from taking the photos to prepress, can take him as long as five years. 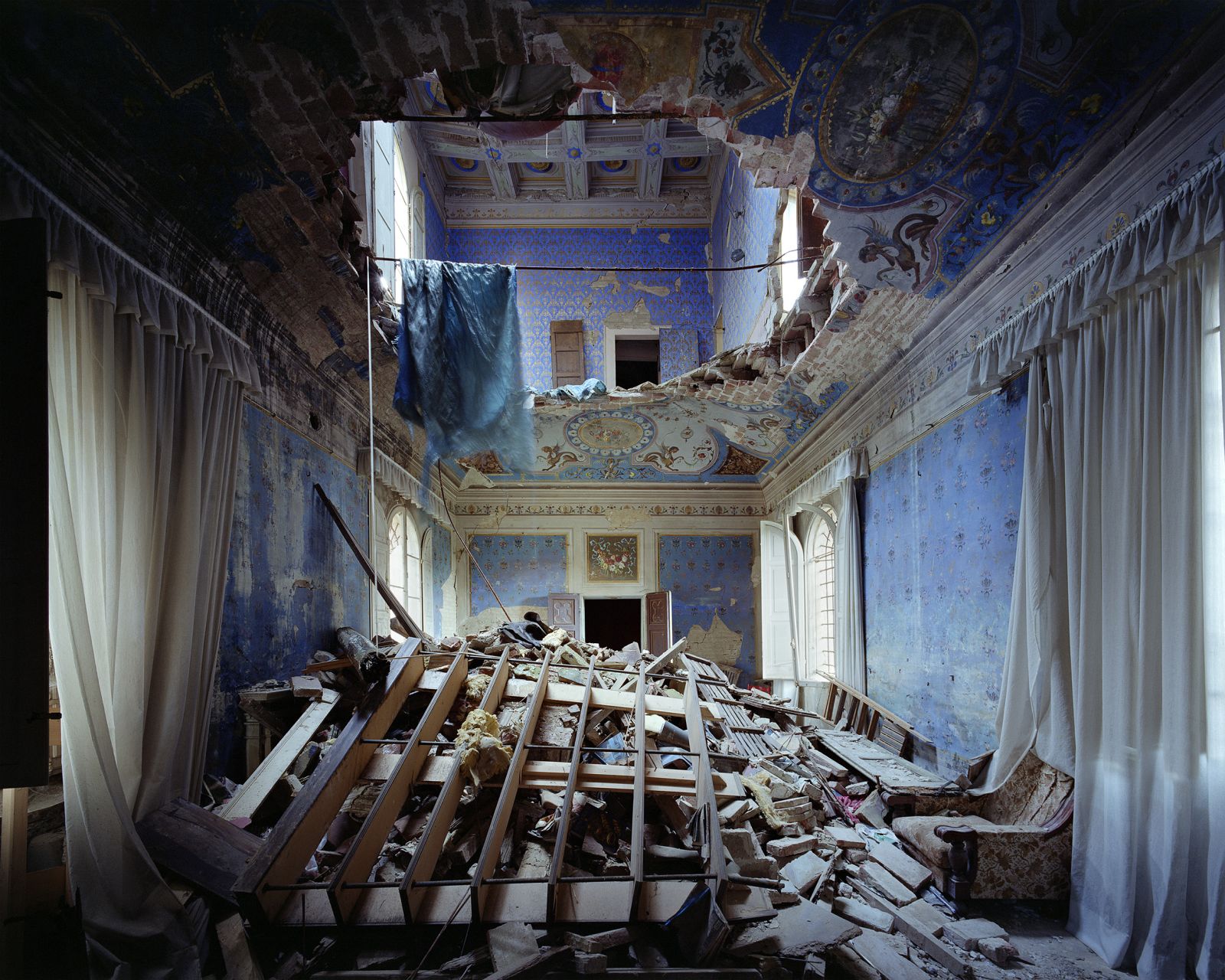 The exhibition Traces of Empires brings together some of his most interesting photographs from around the world. It focuses on three series, which have also been published as books: in Vestiges d'Empire he follows in the footsteps of the former French Empire and photographs places in Vietnam, China, Guadeloupe, India, Cambodia, Senegal, and Madagascar; in Veduta he documents the remains of 250 abandoned palaces and villas around Italy; Silencio combines photographs from North America and Eastern Europe, and the Buzludzha monument graces the cover of the book. This is also his most popular book – it has been published in Japanese and Chinese. "For the Japanese edition, we made the format smaller – the publisher insisted because people live in very small apartments there." 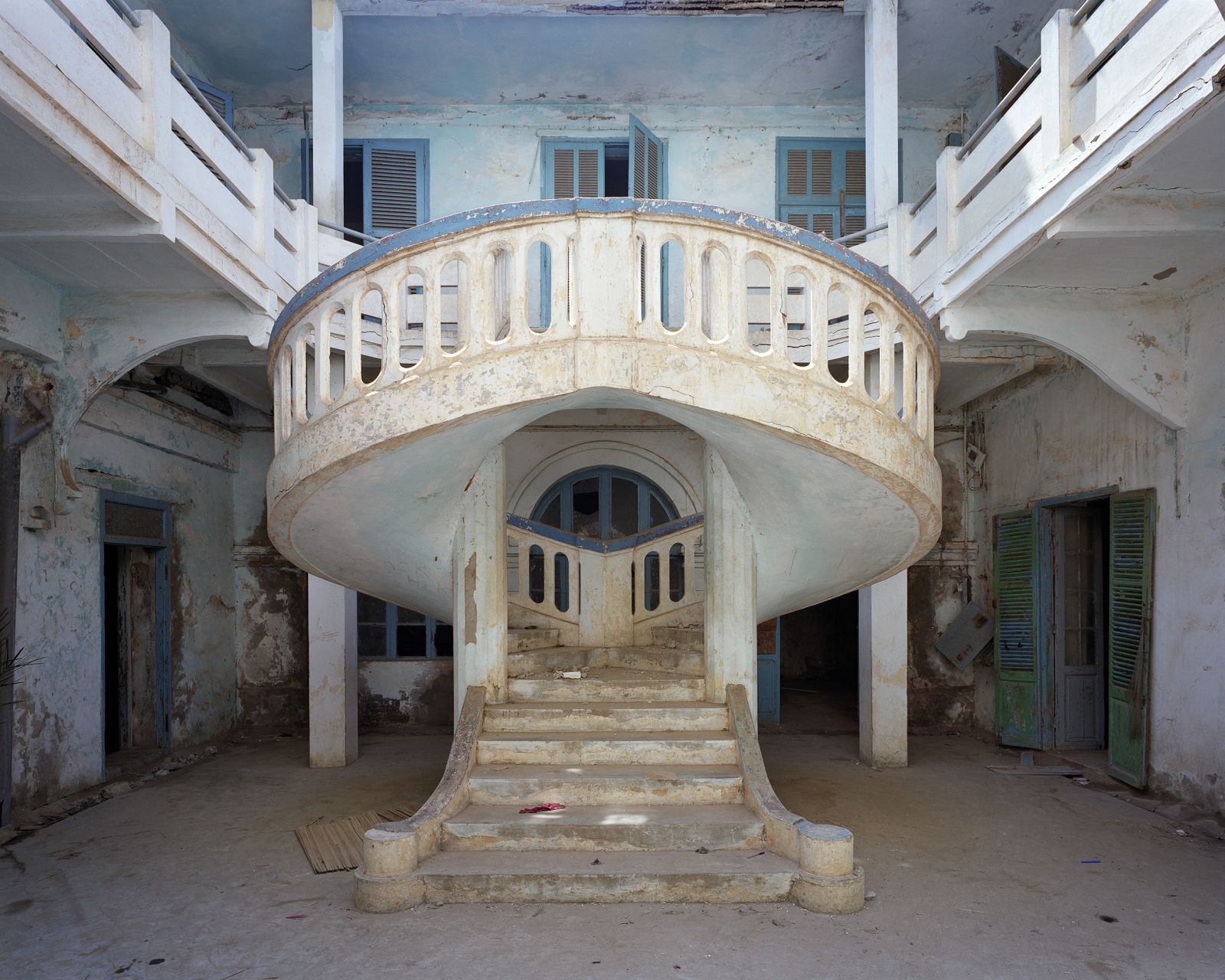 House, part of the network of religious schools Sœurs de Saint-Joseph de Cluny, in the city of St. Louis, Senagal, built in 1848.

He was inspired to go to Eastern Europe and Bulgaria after seeing a photograph by Nikola Mihov from Buzludzha in a French publication. The two eventually met and are now working together on the exhibition in Sofia. This show is also one of the rare exhibitions of urbex photography (from urban exploration – the study of the urban environment, usually abandoned manmade structures). 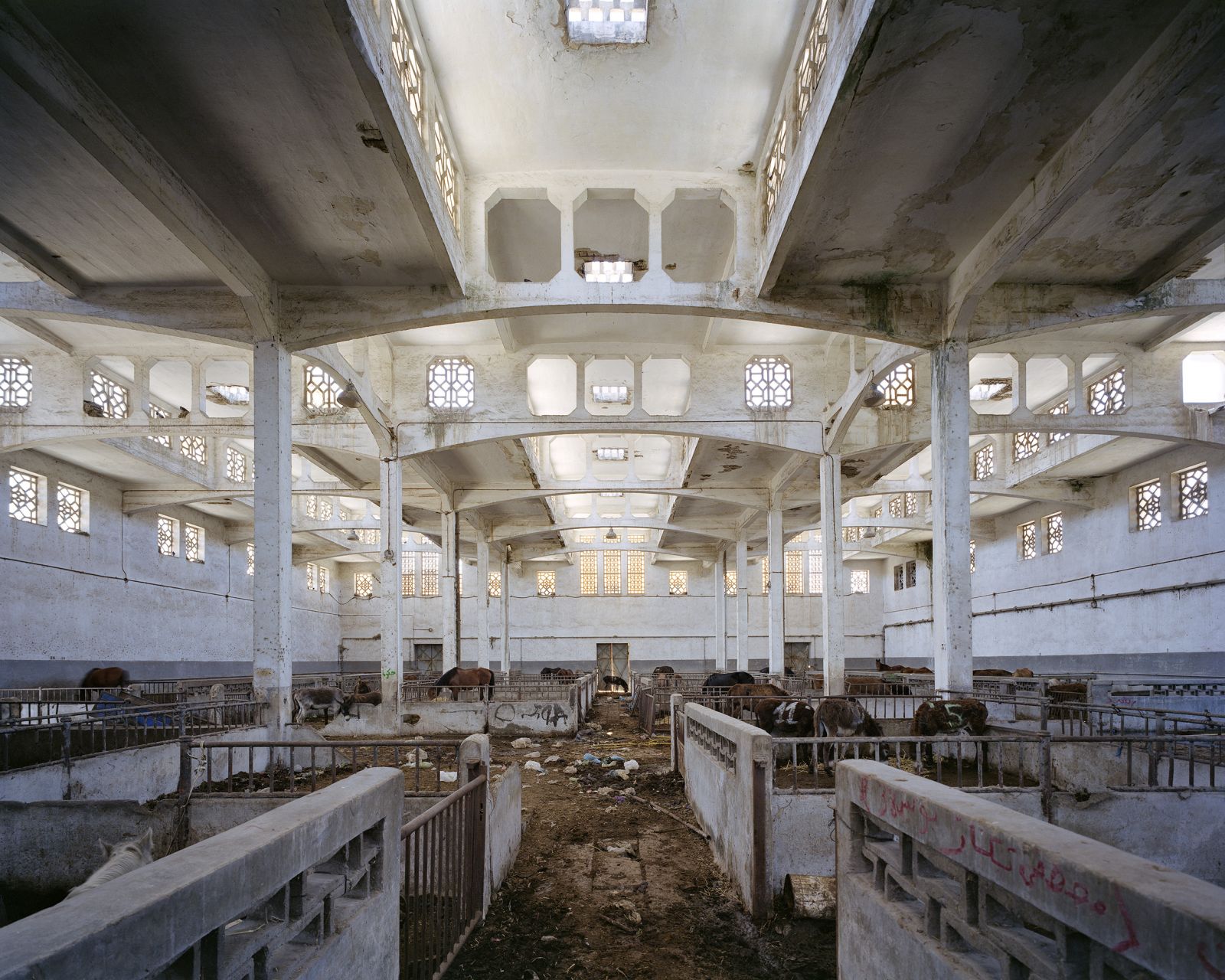 Butcher shop in Casablanca, built in 1922

His most personal project is the one exploring buildings in the former French colonies in Asia and Africa: administrative buildings, casinos, cinemas, hotels. Thomas says that the topic of colonialism is not talked about enough in France, and that there is an awkward silence around it. "Colonial architecture seemed like a suitable, more neutral angle from which to approach the subject, beyond the typical assessments of 'good' or 'bad'. Something that surprised me during this process was that whenever I would guiltily say that I was French, I did not encounter any special attitude – the locals (young or old) reacted with indifference to the topic of their colonial past. They didn't care at all." 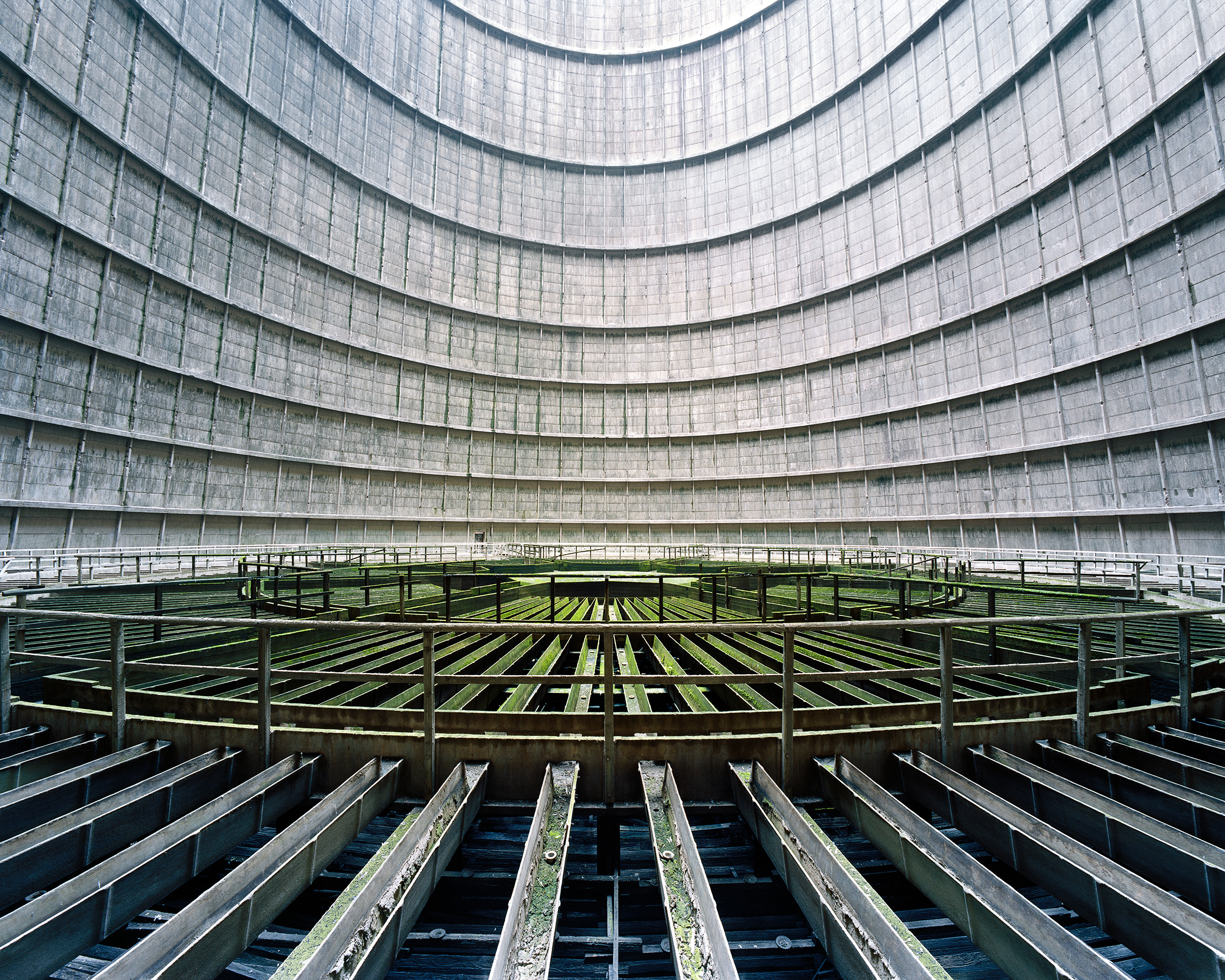 Most buildings are abandoned for the same reasons: financial problems with their maintenance, problems with inheritance and ownership of the property. "There is no way for a poor country such as Madagascar to take care of the buildings made during the French rule." Other places surprise him with their lack of sentiment towards remnants of the past. "For example, in Japan and the United States there is a cult of the new, a building will be demolished and rebuilt rather than restored."

He says with a smile that there are not many places in the world he would like to visit – he has already been everywhere a person can go. On the other hand, he wants to continue exploring this topic in new directions. "I am increasingly sensitive to environmental issues. It also seems that more and more I find a parallel in these unfinished buildings with the incompleteness of the human soul and society." 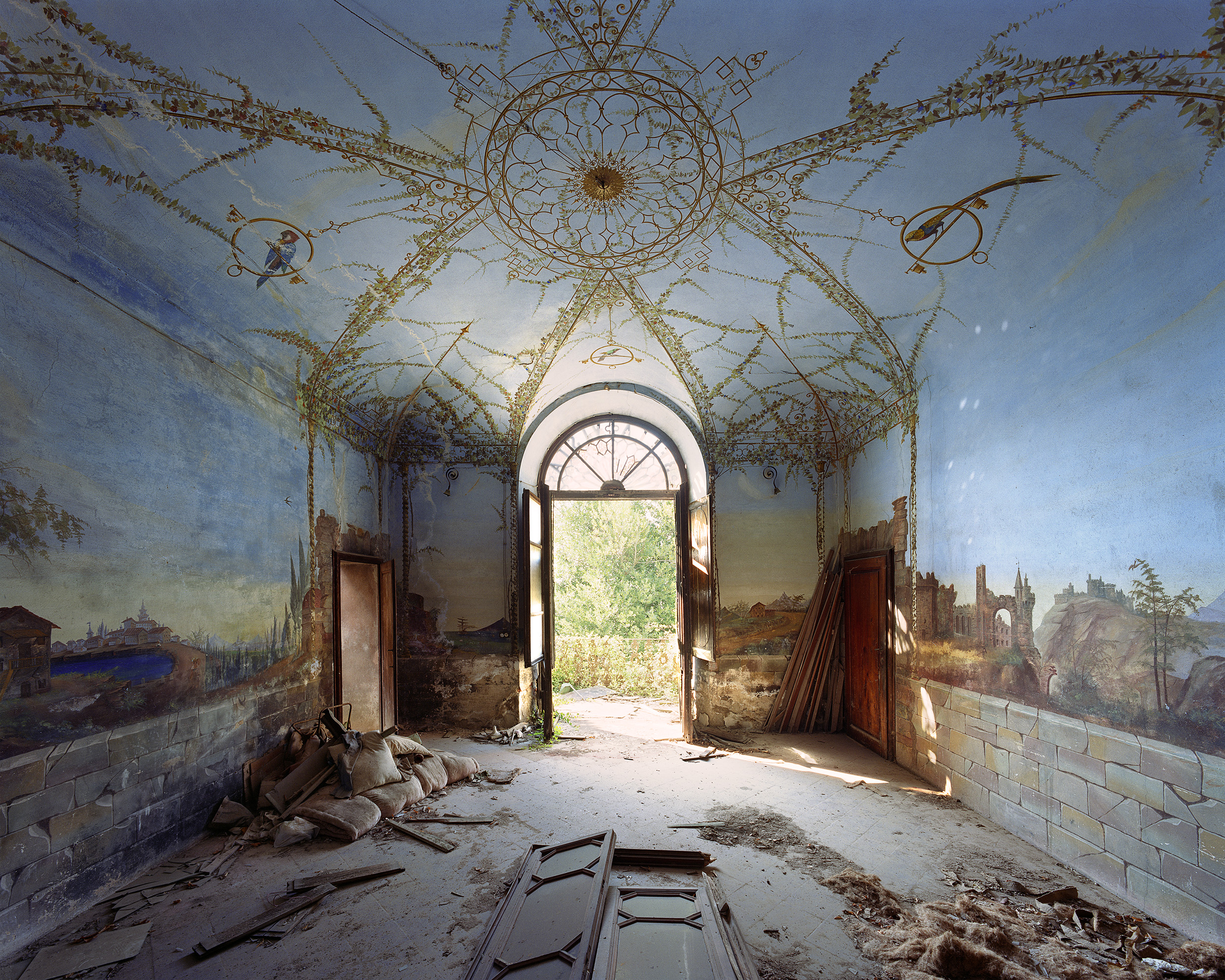 In the city of Papagalo, Tuscany in Italy, photographed in 2018.

Thomas Jorion lives in his native Paris, where he has been staying more often than usual lately – both because of the events of last year and because of his child. He rarely takes pictures there. "It's very difficult for me to photograph my environment, I've only started to make a more conscious effort in the last two or three months," says Thomas. "There is a rehabilitation center for people with addiction issues near my house, and every day I see people getting high in the parks or subway stations, coming from the street or returning from it ... I have the feeling that nothing is being done for these people. This is a reality that I have recently begun to document."

The exhibition Traces of Empires, curated by Nadezhda Pavlova and Nikola Mihov, can be seen at the Synthesis Gallery from October 12 to December 4. An exhibition tour with Thomas Jorion will take place on October 18 at 18:00. 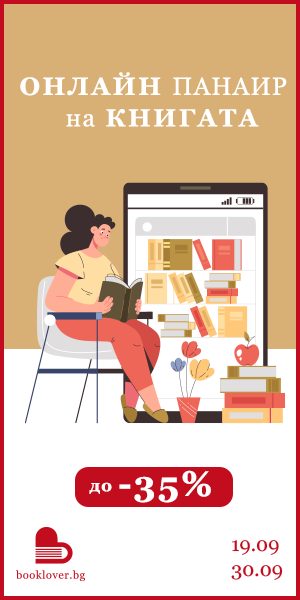