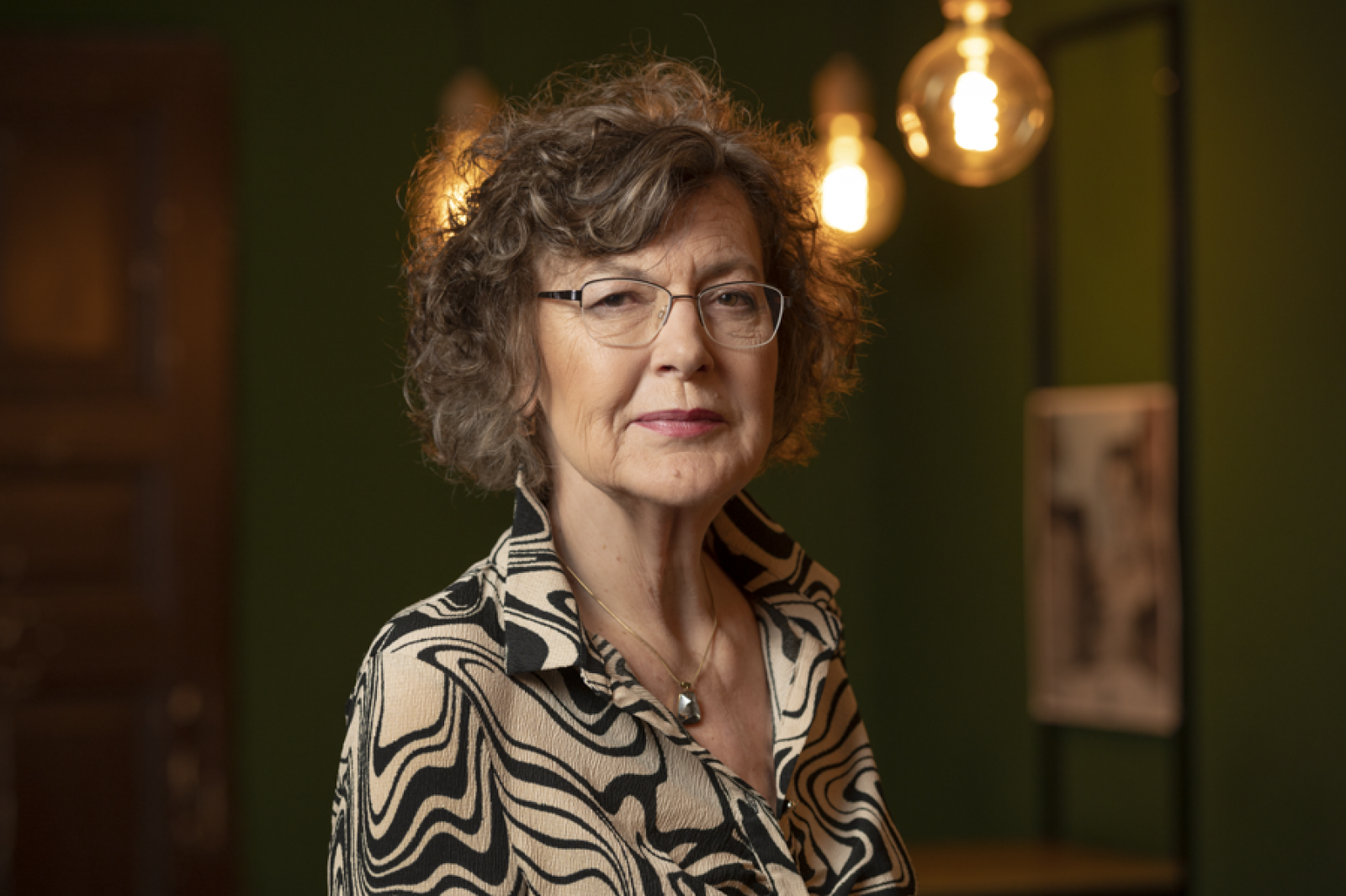 "Spontaneous" is a word that often sneaks into Adela Peeva's stories when she is talking about her movies. Spontaneity seems to work for her – she recently turned seventy-five, and she marked the occasion with screenings of a selection of her films, from the more recent titles to ones that are rarely shown or were outright banned during totalitarianism.

"Spontaneous" is a word that often sneaks into Adela Peeva's stories when she is talking about her movies. Spontaneity seems to work for her – she recently turned seventy-five, and she marked the occasion with screenings of a selection of her films, from the more recent titles to ones that are rarely shown or were outright banned during totalitarianism.

"I find that almost all of them are still relevant today. This is proof that the problems explored in them still exist and the fates of the characters still touch today's viewers. It turns out that my films have very long lives," says Peeva, shortly before the start of the 26th edition of the Golden Rhyton documentary film festival, where she is a member of the jury. The festival opens with her 2007 film Divorce Albanian Style, a rare opportunity for Bulgarian audiences to learn about the Enver Hoxha regime in Albania.

Cinéma vérité in the context of Bulgaria

The last ten years saw what might be Peeva's most talked about films: The Mayor(2010) about Ivan Ivanov, mayor of Sofia between 1934-1944, under whose rule the capital grew into the city it is today, In Search of Spisarevski (2014) which reminds us that if we let history fade into oblivion, we can't know who will get to control and interpret it, Long live Bulgaria (2017), which explored the country's nationalist factions in a manner so remote that reactions were mixed – some viewers liked seeing themselves in the film, others strongly condemned it, and the issues it raises are certainly still relevant today. Her latest so far, Silence with Dignity (2020), is about the directorial tandem of Irina Aktasheva and Hristo Piskov, victims of repression during socialism and authors of little-known but extremely distinctive films such as Monday Morning. 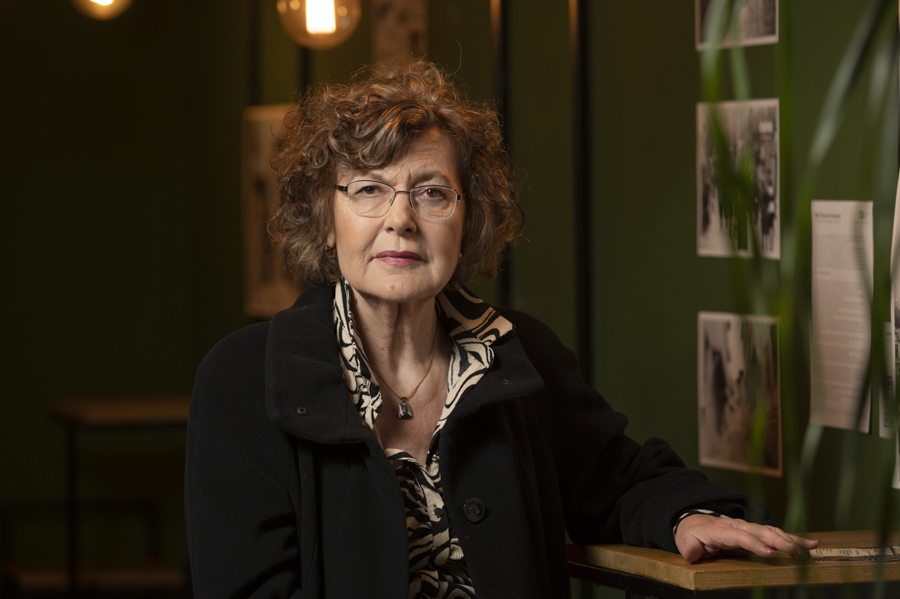 What is the first story she decided to turn into a documentary? Adela Peeva reminisces about the early 80s and In the Name of Sport (1983), which was banned by the authorities. "I came across the stories of young weightlifters and wrestlers, winners of Olympic medals – their dramatic fate and the inhumane methods and treatment by coach Ivan Abadzhiev shocked me." Abadzhiev was the coach of the Bulgarian weightlifting team for most of 1969 to 1989, and to this day he is considered one of the all-time greatest sports figures in the country. Peeva got to work debunking this myth while it was still being shaped. "I knew that if I kept making this film, it would definitely be stopped and it would never see the light of day. But spontaneously, following some professional instinct, I said to myself, 'I have to make this movie, no matter what'."

She also remembers making Whose Is This Song? (2003). "More than twenty years ago, at the Istanbul festival, we were sitting around a table, friends and colleagues from different Balkan countries: a Turk, a Macedonian, a Greek, a Serb (my husband), an Albanian, a Bosnian and me, a Bulgarian." The small restaurant orchestra started to play a well-known melody. "And as if by command, we all started humming and singing along to this song, which turned out to be well known to all of us. We almost got into a fight because each person claimed that the song came from their country. My spontaneous reaction was to turn to my husband and tell him, 'I'm going to make a movie about this song'." 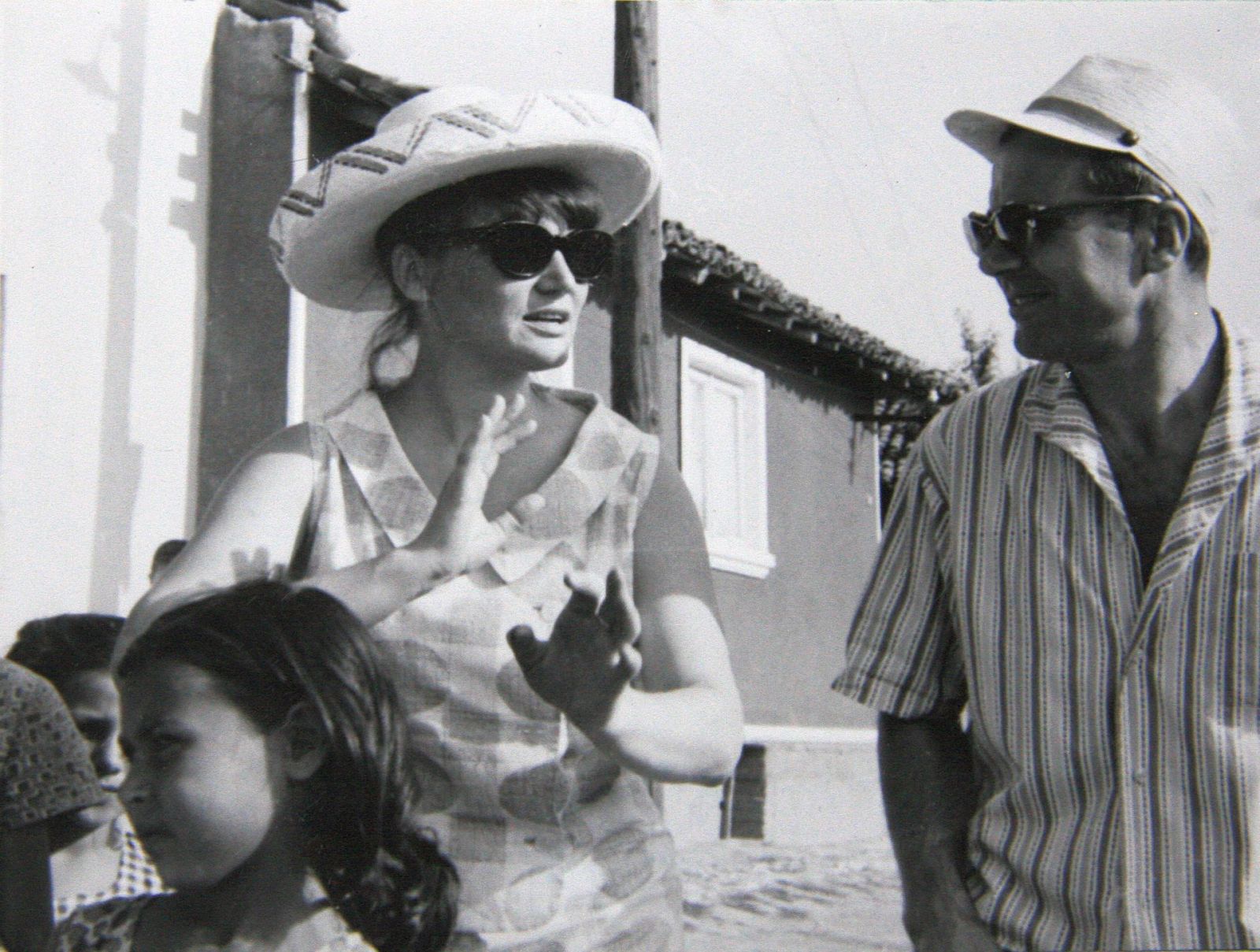 Irina Aktasheva and Hristo Piskov, footage from Silence with Dignity

The heavy crown of the debutant

Even those who closely follow her work might not know that she has also directed a feature film, The Neighbor (1987) with Velko Kanev and a young Martina Vachkova and Hristo Garbov. Adela was forty years old at the time. "This is considered a late debut. I tried to make the movie earlier, but it never worked out." In part because it required stepping out of her familiar territory: "At the time, feature film was something of a no-go zone for beginners in this genre, and especially for documentarians, which is what I had been since the beginning of my career. The problem of making your debut has always existed, and unfortunately is still there today for my younger colleagues."

Why was this her only feature film? "The big changes happened in our country, state funding disappeared altogether and for several years in a row there were almost no new movies made. It so happened that during this period other opportunities opened up for me, I made contacts with European television networks and colleagues from around the world. And I kept making my documentaries, now on a completely different level – on a European level, so to speak." 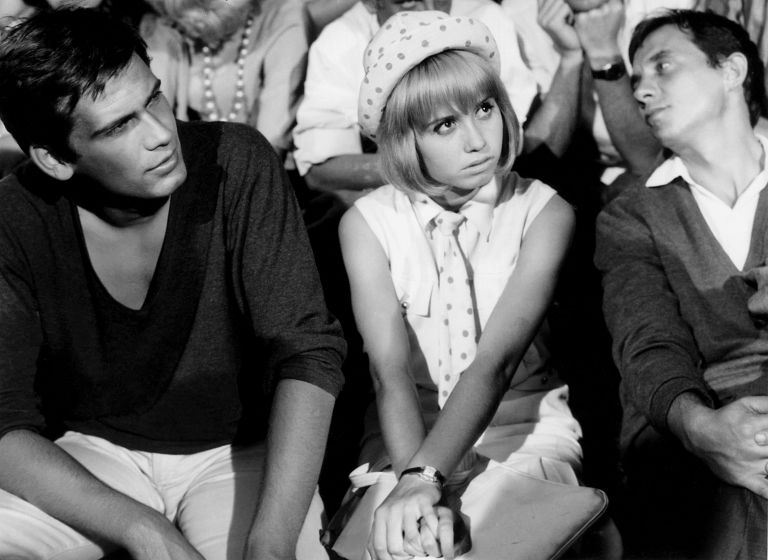 A scene from Monday Morning (1966) by Irina Aktasheva and Hristo Piskov, whose difficult directorial career Peeva explores in Silence with Dignity

Documenting the present as a question of duty and honor

Peeva sees many pitfalls before young directors today and our film industry more generally. "Due to these complicated restrictions, both financial and related to the pandemic, Bulgarian documentary cinema is having a difficult time. This definitely affects the amount of films that get produced, and thus also the overall quality.” She has noticed a retrograde trend towards historical documentaries using reenactments. "It always seems to me that documentarians have the honor and 'duty' to address and monitor the processes and problems in our present society. Unfortunately, there are very few debuts, but this has always been the case in our documentary cinema."

Despite this gaze back at the past and the ongoing lively discussions over her last two films, she is already looking forward to her next project, albeit with some concern. "It has already been maturing for two years now – a disastrously long period. Neither my characters, nor the events will wait around for me to show up with my cameras and my team and start working." The current issues with film financing and the problematic film industry laws are delaying the beginning of the shooting, and she describes this period as "indefinite stagnation." "My next film is about an ambitious young man from a small town, who was elected municipal councilor when he was still an eighteen-year-old student." 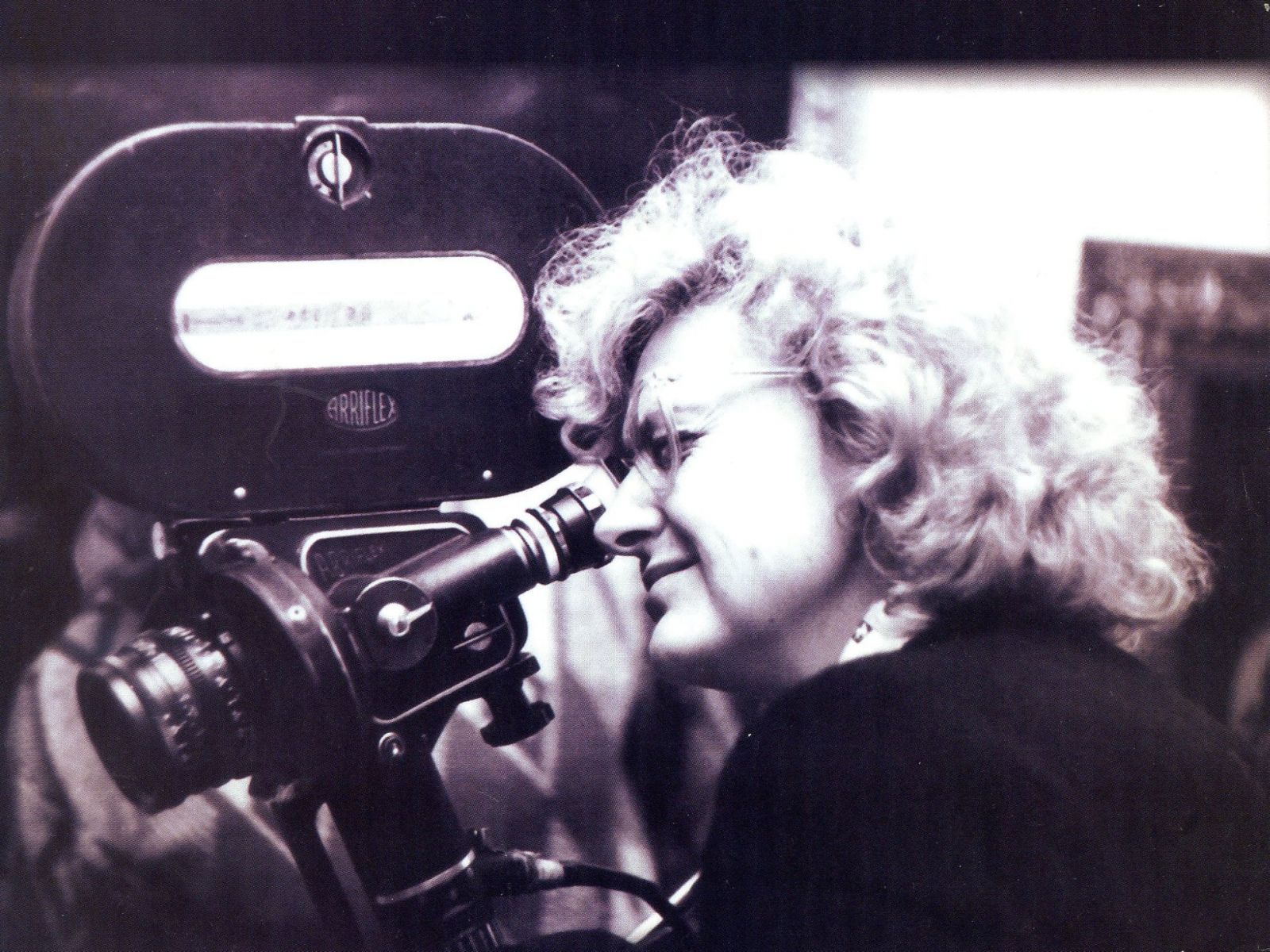 Long Live Bulgaria, Whose Is This song?, The Mayor, Divorce Albanian Style, In Search of Spisarevski, as well as earlier films such as The Unwanted, Right to Choose and I Dream of Mummersare part of the Neterra.TV + platform. Whose Is This song? can be watched on HBO GO.

There is no Death and Monday Morning by Irina Aktasheva and Hristo Piskov, whose lives Peeva explores in Silence with Dignity, will be screened on March 24 and 31 at the Odeon cinema as part of the "Stars of Bulgarian Cinema" series.

Adela Peeva is the creator of the first website entirely dedicated to women directors in Bulgarian cinema: jeni-bg-kino.com

Films by Peeva, Zornitsa Sofia, Iglika Trifonova, Kristina Grozeva, Maya Vitkova, Ralitsa Petrova, Mina Mileva and Vessela Kazakova, Yana Titova and others will also be part of the panorama "Women in Cinema" at the upcoming Sofia Film Fest in March.