Computers swarmed by young people who should be in school, gaming magazines passed around from person to person – these images bring to mind the late 90s, when amidst the frenzied rush to catch-up with Western trends, Bulgaria was quite in synch with world trends when it came to gaming. There does not seem to be a detailed and thoroughly vetted history of Bulgarian gaming, though one is necessary: it would allow us to study generational differences, as well as the interesting transition from something that started out as pure fun before gradually turning into a complex artform.

The first attempts at programming in Bulgaria, and more specifically at programming games, had to do with the introduction of technological education in the 1980s. At the beginning of the decade, the first Pravets models were introduced to the public, and by the middle of the 80s they had become more accessible to students in computer clubs around the country.

On the other hand, there are currently no world-class teams in Bulgaria or the region, which can be explained if we look at the country’s political past and recent history. "This is largely a consequence of the fact that post-totalitarian countries are often more conservative when it comes to innovation and the entrepreneurial spirit works differently here."

"The Party made a push to modernize things a little, and schools were outfitted with Pravets computers, an Apple clone. About ninety percent of the time, they were being used to play games," says Veselin Khandzhiev, who started programming in the eighth grade and later became one of the first computer game creators in Bulgaria, in an episode of the Bulgarian History podcast. He worked for Haemimont Games in the late 90s, which developed the first Bulgarian multiplayer game Tzar (1999), and later worked for Black Sea Studios. “At some point, you get tired of playing the same things over and over, and you create something of your own. You start digging into the game code. Programming was not an industry back then, but it was a thing.” 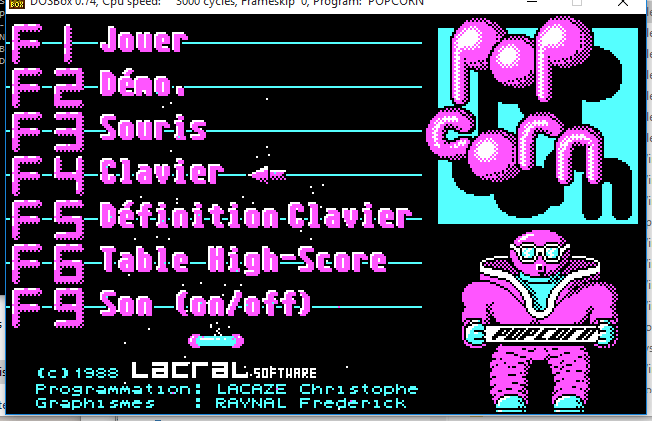 In the second half of the 1990s, the daily life of children and teenagers changed with the rapid introduction of video games, the creation of the first specialized gaming publications and with the appearance of numerous venues (computer clubs, internet cafes) dedicated entirely to gaming, some of them open 24/7.

"The first time I saw a video game – Popcorn in 1988 – I felt something unusual. It was as if someone whispered to me: ‘video games are going to play a central part in your life,’ recalls Martin Kadinov, an entrepreneur who co-founded the short-lived music and gaming festival ON! Fest, and is currently a managing partner in Bulgaria's first electronic sports agency TDB Play and founder of the Bulgarian Gaming Marathon.

"I became an avid gamer – playing alone and in clubs or at arcades using tokens, and I realized that I was good at it and ... I continued to follow my passion, which later became my profession." 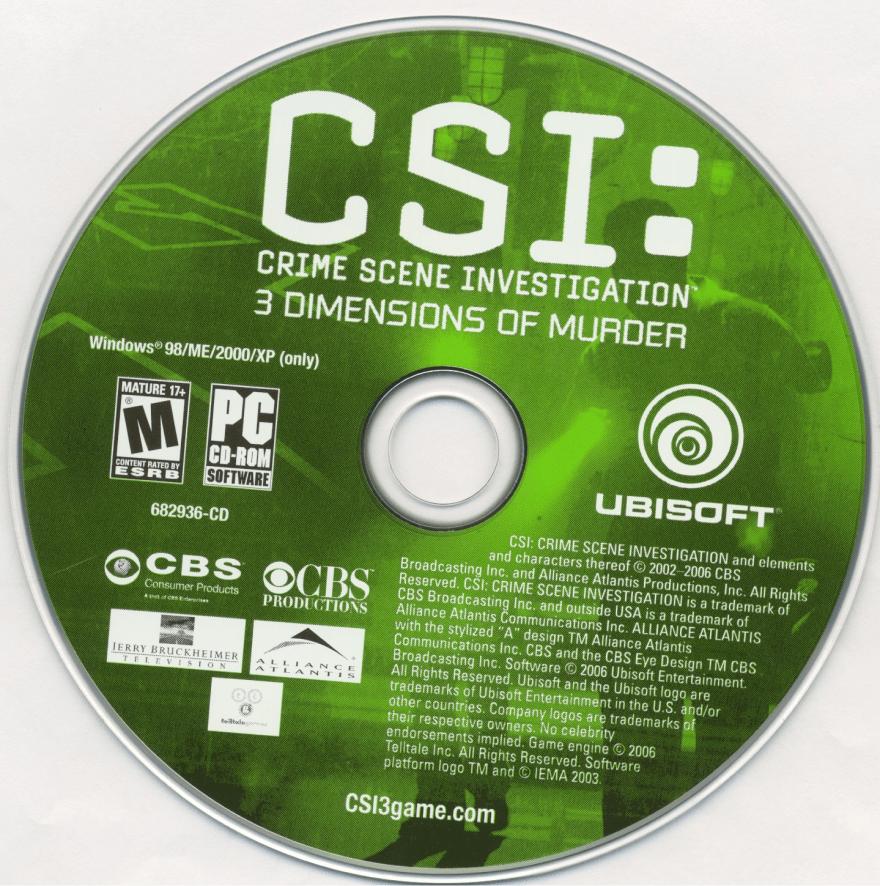 Kadinov divides these early years of gaming into several stages. Stage one: its advent when the first computers started appearing in schools, special interest clubs, neighborhood dives where you would play using tokens and joysticks: Goody, Living, Popcorn on the PC and Cabal, Wonder Boy, 1942. Stage two: when cheap console games of the “1001 games in 1” variety began to appear in households in the mid-1990s. Stage three: the proliferation of computer clubs. “This is where we would spend our days – they were everywhere, abuzz with (digital) life. We played Doom, Quake, Counter-Strike, Starcraft & Warcraft III, DOTA, Diablo II.”

The gradual decline of computer clubs began in the first decade of the 21st century, when it became more affordable to have internet service at home, and players moved on to World of Warcraft, League of Legends, DOTA 2, CS:GO. “And now we have a globalized gaming world – we can play any kind of game on any device at any time.”

Soon after, mass consumption leads to creativity: right on the border between the 20th and 21st centuries, the first Bulgarian games that find an international audience take their first steps: Tzar was released in 1999 in Europe, in 2000 in the USA, and also exists in French, German, Italian, Spanish, Korean and Japanese translation. In 2007, the international company Ubisoft established an office in Sofia. 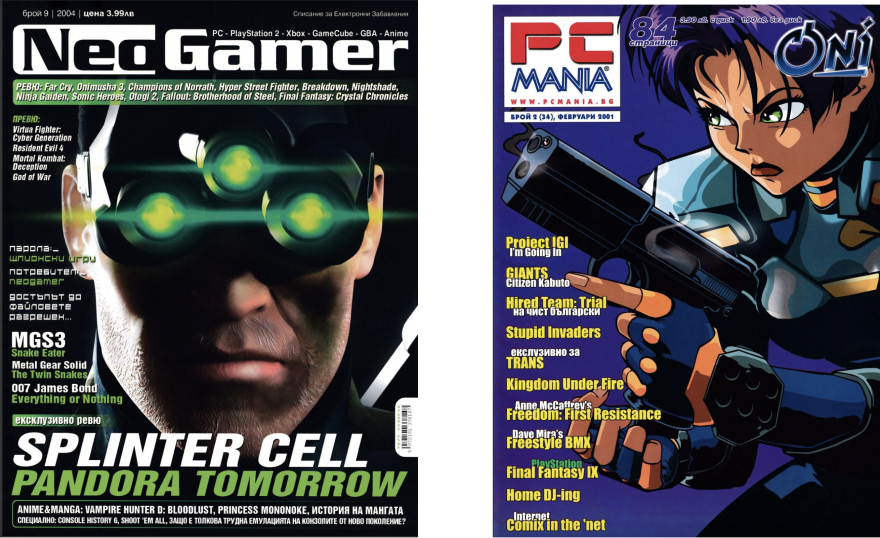 Two decades after the first players and local games began to appear, Bulgaria found its place on the gaming map of the world and became part of the international gaming market. Compare this to the 90s – when there was no established gaming industry, just sheer enthusiasm which often attracted disapproving looks from the older generation. Nowadays videogames are seen as a regular part of everyday life and even an opportunity for complex storytelling and art, but in the 90s they were often described as a waste of time, part of the darker underbelly of the wave of new forms of entertainment entering the country after the fall of the totalitarian regime in 1989.

“When I started playing, about 30 years ago, Bulgarians didn’t approve of games. They thought of them as a waste of time and an activity for weird people on the margins of society,” says Kadinov, who at 39 years old has been a gamer for almost his entire life. “The computer clubs of the 1990s didn’t do much to create a positive image of videogames, quite the contrary in fact.” For him, this attitude makes sense given the overall conservative slant in our society and the way entertainment from "back in the day" is idealized compared to whatever excites the youth of today. “Gaming is a generational phenomenon. Today 7 out of 10 teenagers play games, and the other three, even if they do not play, perceive gaming as something quite normal and ordinary, whereas 30 years ago a negligible percentage of people had an affinity for gaming culture.”

The changing attitudes towards gaming in Bulgaria have to do with the new political climate, but also with different global market trends. Bulgaria might seem like a latecomer, but in all of Europe games became popular much later compared to Japan and Asia more generally. “Video games have made their way from niche pastime to pop culture phenomenon over the past few decades. Because of the slower pace and delayed onset of globalization in Bulgaria, this phenomenon is taking place a little later here and in the countries of the Eastern Bloc.”

Kadinov finds it fascinating how games started out as a niche phenomenon and then became a full-fledged part of modern pop culture, and how gaming technology has evolved (computers, consoles, now mostly smartphones). “Surveys done in North America and Western Europe indicate that over 70% of Gen Z play games, spending an average of six hours each week. A similar percentage of young people consume content related to video games – live streams, YouTube videos, etc."

Kadinov divides players' attitudes towards gaming into several different phases. From a consumer point of view, Bulgaria does stand out much, since the kind of product that is mostly experienced and consumed online leads to a consolidation of communities and audiences. "The games we like to play are mostly the same, the demographics of the player base are very similar."

From a business point of view, he notes that in Bulgaria and our region more generally, there are quite a few game studios whose work mostly gets exported, i.e. they create a product or service in the domestic market but address foreign consumer markets. "There are not enough local users for the business to make sense otherwise."

The increasing popularity of electronic games and the professionalization of the entire field over the recent decades has also lead to talented Bulgarian creators working in the higher ranks at many of the most popular games in the world – DOTA 2, League of Legends, Counter-Strike: Global Offensive and others.

Kadinov sees an interesting contrast between what Bulgaria offers its players online and offline: "An advantage with electronic sports is that they are not as well established as classic sports like football for example, where in order to develop your skills as an athlete, you need training academies, infrastructure, etc.; Bulgaria (and the region) are significantly behind Western Europe when it comes to all that. In gaming, if you have the skills and your online gameplay shows that (something you can accomplish from home on a computer that can cost as little as 2000 BGN), you can climb up the global ranks, get noticed by some team and go on to develop your professional career.” 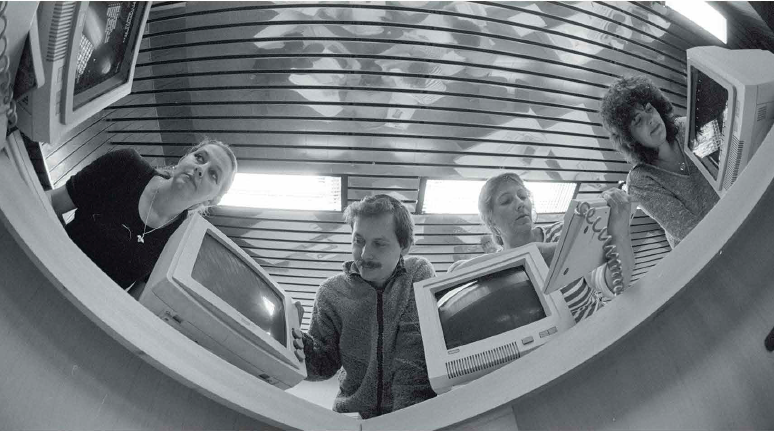 Another factor in the 1990s and early 2000s was the print media dedicated to gaming culture and the more mainstream adoption of the internet. The only specialized publication from this dynamic market that is still being published is PC Mania.

Each publication cultivated a specific audience. "Videogame magazines were all the rage back in the day. Very real, very dear to us. We would ask ourselves every single week, ‘Shit, did I remember to buy the latest issue?’ These magazines were so important that part of our income (pocket money, lunch money) at school was set aside for them. That’s how it was. Everyone had their favorite publication. Mainly because there were a lot of different magazines, and each one was different, original,” according to the Gaming For Life blog.

"The two magazines that stood out were PC Mania and Gamers' Workshop, I was part of the Workshop club because it better suited my worldview, and I had the honor of knowing the editorial team as well. Workshop was never a magazine focused solely on games, but a media offering an alternative reading of our modern times – rebellious, opinionated, claiming a grasp on life," says Kadinov, who works at the intersection of Shishman and Gurko in Sofia, where the editorial office of Gamers' Workshop was once located. The magazine kept publishing until 2012. Games Station, the club where the magazine organized one of the first StarCraft tournaments in Bulgaria, was just around the corner. "That's where my career as a professional player first began.” 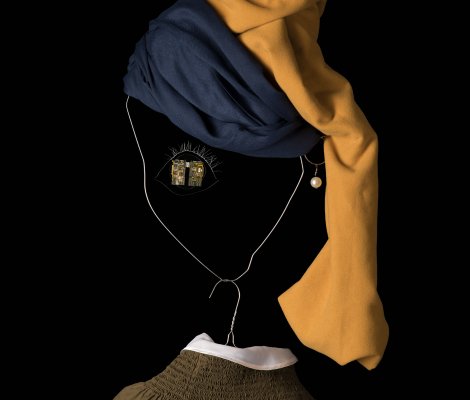