Life as a series of changes

Krassimir Terziev has witnessed all the different processes in Bulgarian contemporary art since the 1990s, has been an active participant in them, and to this day is an artist from whom we can still expect interesting new ideas.

Krassimir Terziev has witnessed all the different processes in Bulgarian contemporary art since the 1990s, has been an active participant in them, and to this day is an artist from whom we can still expect interesting new ideas. And these, we should note, are realized using all kinds of artistic forms: drawing, painting, video, photography, installation, sculpture. Terziev was also one of the first artists in our country to experiment with the digital and the moving image, and to intuit the changes that the Internet would bring to our lives.

He was born in 1969 in Dobrich, finished high school in Plovdiv, and in the mid-90s began to exhibit his work in Sofia, soon followed by his first international exhibition. Between 1998-2004 he was part of the Interspace Center for Media Arts. In 2007 he won the Gaudenz Ruf award, named after the art collector and former ambassador of Switzerland to Bulgaria. Between 2008-2011 Terziev was a PhD student in Cultural Anthropology at the Faculty of Philosophy at Sofia University.

In early February, Terziev's latest exhibition Reconstructions of the Forth coming opened at Struktura Gallery. The show combines several of his long-standing interests: how everyday objects acquire new functions, what three-dimensional spaces can reveal about an imaginary reality, how different elements from the globalized world may come into unusual contact or conflict.

Soon, his installation Between the past, which is about to happen, and the future, which has already been will take over the space of the former mausoleum in Sofia from Venelin Shurelov's One Man.

In addition to these new works, we can now see one of his first projects, Let's Dance. Clothes for Collective Life (1996) at the National Gallery as part of the exhibition of the Deutsche Telekom collection of Eastern European art I have so many things to tell you... 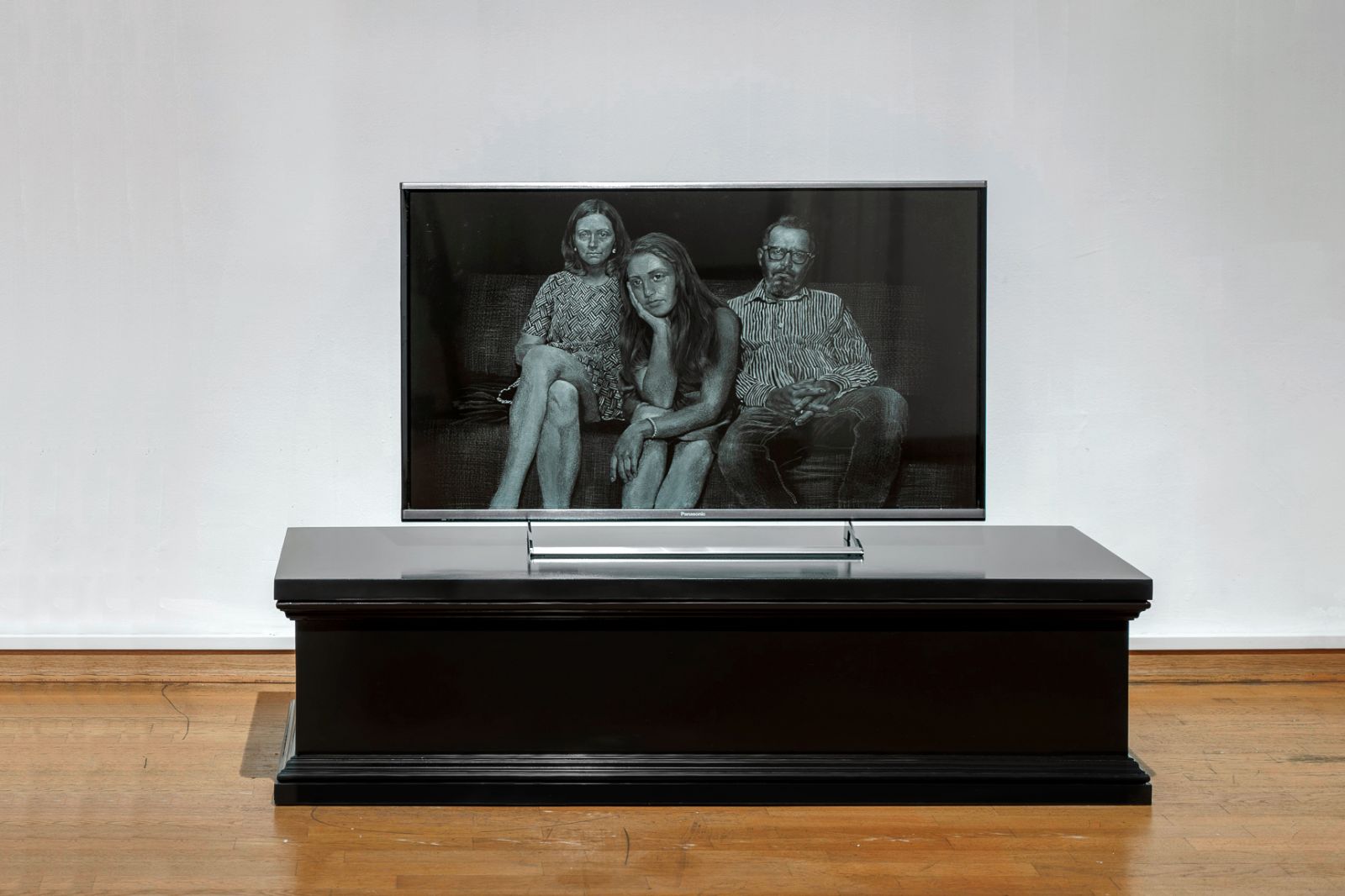 I studied painting at the National Academy of Arts and I lost interest in it as soon as I graduated, I switched to new media. Let’s Dance. Clothes for Collective Life was my first installation, before that I had some less serious works. This was in the 90s, at the time I had no special knowledge or ideas about all the possible interpretations of the work, the things I see when I look at it now. For many years this work was buried in my storage space, then it was part of a great group exhibition in 2014 at the National Museum of Contemporary Art in Bucharest, it was called the "Bulgarian-Romanian Union."

Afterwards it was included in the Deutsche Telekom collection. In 2020, it was shown along with the rest of the collection at the Museum of Contemporary Art in Budapest. It is always a great pleasure when a piece has this kind of life over many years, it's the best thing that could happen to it.

In the 90s I made work that had more of a socio-political edge and addressed specific occasions. Right now, I am reluctant to do work that comments on a particular event. I realized that the work gets dated very quickly. And when you're growing old yourself, you don't want the work you create to grow old that easily. 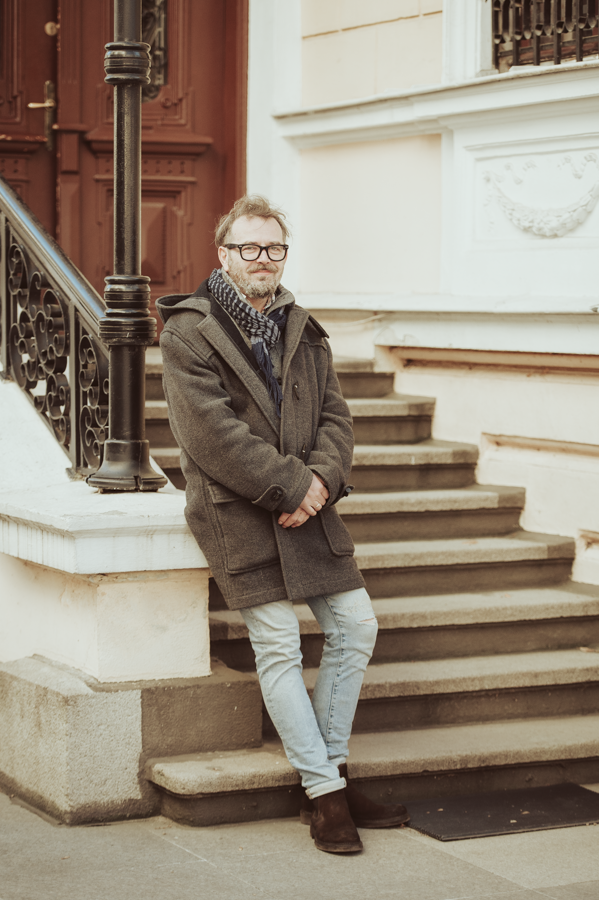 A HEALTHY DISTANCE FROM THE EVERYDAY

Over time, I also lost interest in new media. I realized that cinema is the basis of the techniques and metaphors that actually excite me in new media, so until 2008-2009 or so it was my main influence.

And now I pull the lens away from humans and human problems in general, away from the scale of social relationships. In recent years, I have been very inspired by philosophy and speculative realism. There is something Hungarian director Bela Tarr once said – that he always thought that the problem was with people, but he later realized that these problems have a much broader scope.

I don't know where I will go next. I'm already at an age where I have to go home instead of spreading out, maybe I've done enough. Lately I've been thinking about continuing some of the lines and series I've started over the years.

WHEN KNOWLEDGE DOES NOT SERVE THE ARTIST

Teaching affects me a lot, it's inevitable. In 2008, I imprudently started a doctoral program. Of course, before then I was a naive artist who read only for pleasure. It took me a while to erase everything I had read from my head so that my imagination could work again. At one point I got tired of living with dead people. They may have come up with great theories, but that doesn't help me as an artist. It is important to be able to start from scratch and build your own ideas about the world. That's a very valuable thing. 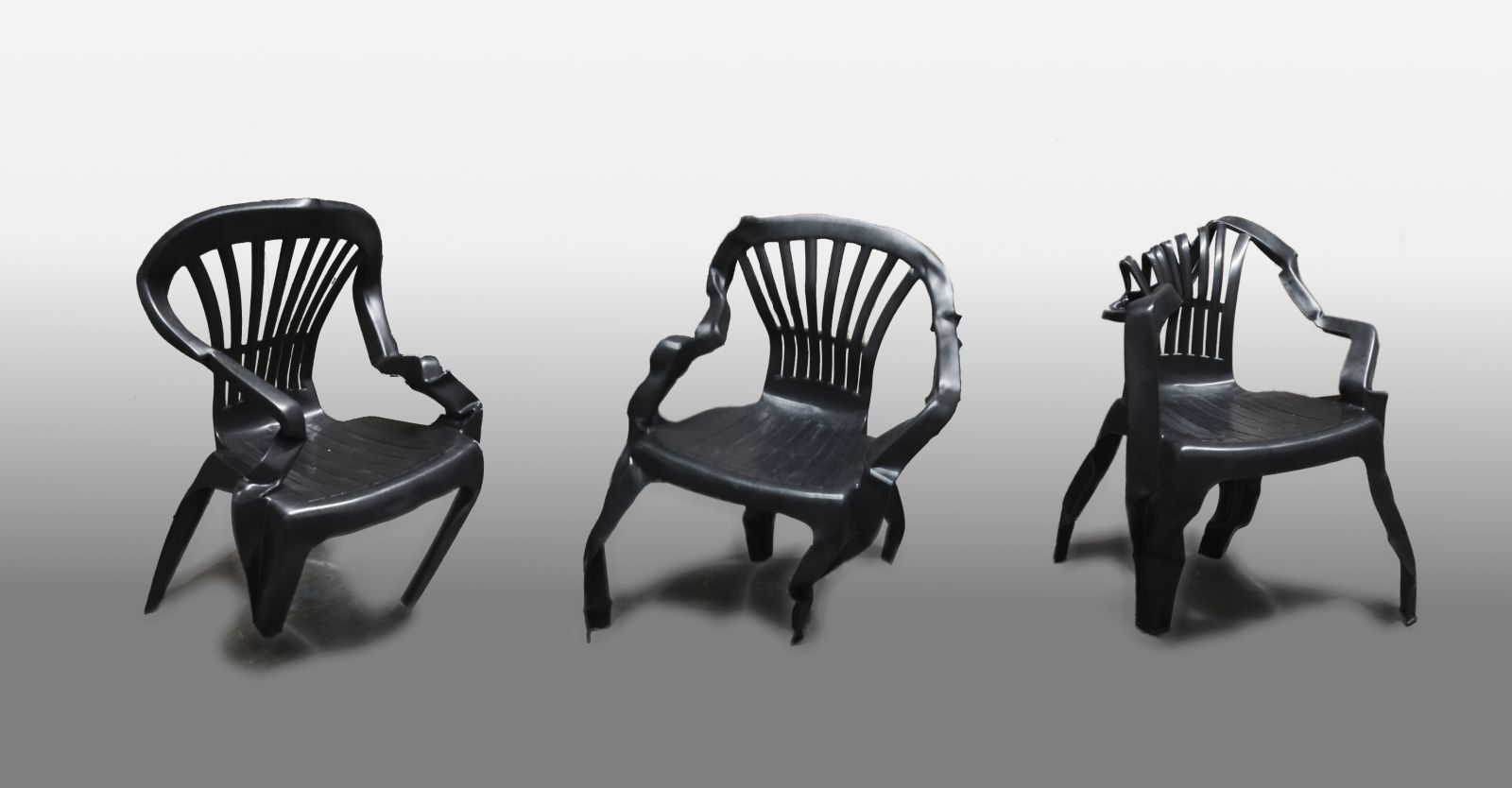 "Hot Chairs," 2022, installation, part of the new exhibition Reconstructions of the Forthcoming in Struktura Gallery

THE MEANING OF CONTEMPORARY THEN AND NOW

In the 1990s, people insisted that contemporary art was derivative, that it merely repeated old ideas years later. I think we've managed to move past that belief. In 2004-2005, I began to participate in more international exhibitions and found that I fit in well among the other artists, that we all spoke in the language of the present, that actually there was no division between "us" and "them." Of course, when Eastern European artists were invited to international exhibitions, everything about your work was presented through the lens of your origins, the post-socialist context, the clichés that people more or less knew about us. It took away from the freedom to express yourself. Now, it seems that these factors are not as important, and much more attention is paid to the art itself.

Sooner or later, you always come home. And for many years I felt like a foreigner at home. You come back, you sleep, and then you work again until you go elsewhere. Now I am comfortable living and working here.

We have created something of value here as a result of collective efforts, it happened thanks to the many new spaces, young people who are actively engaged, collectors. There is an ecosystem that goes beyond personal initiative. There is an established context, no one disputes your right to appear in this space, there is no confusion about the terminology of contemporary art, we have at long last shaken off some of the legacy of the socialist period. We are now in a completely different phase than before.