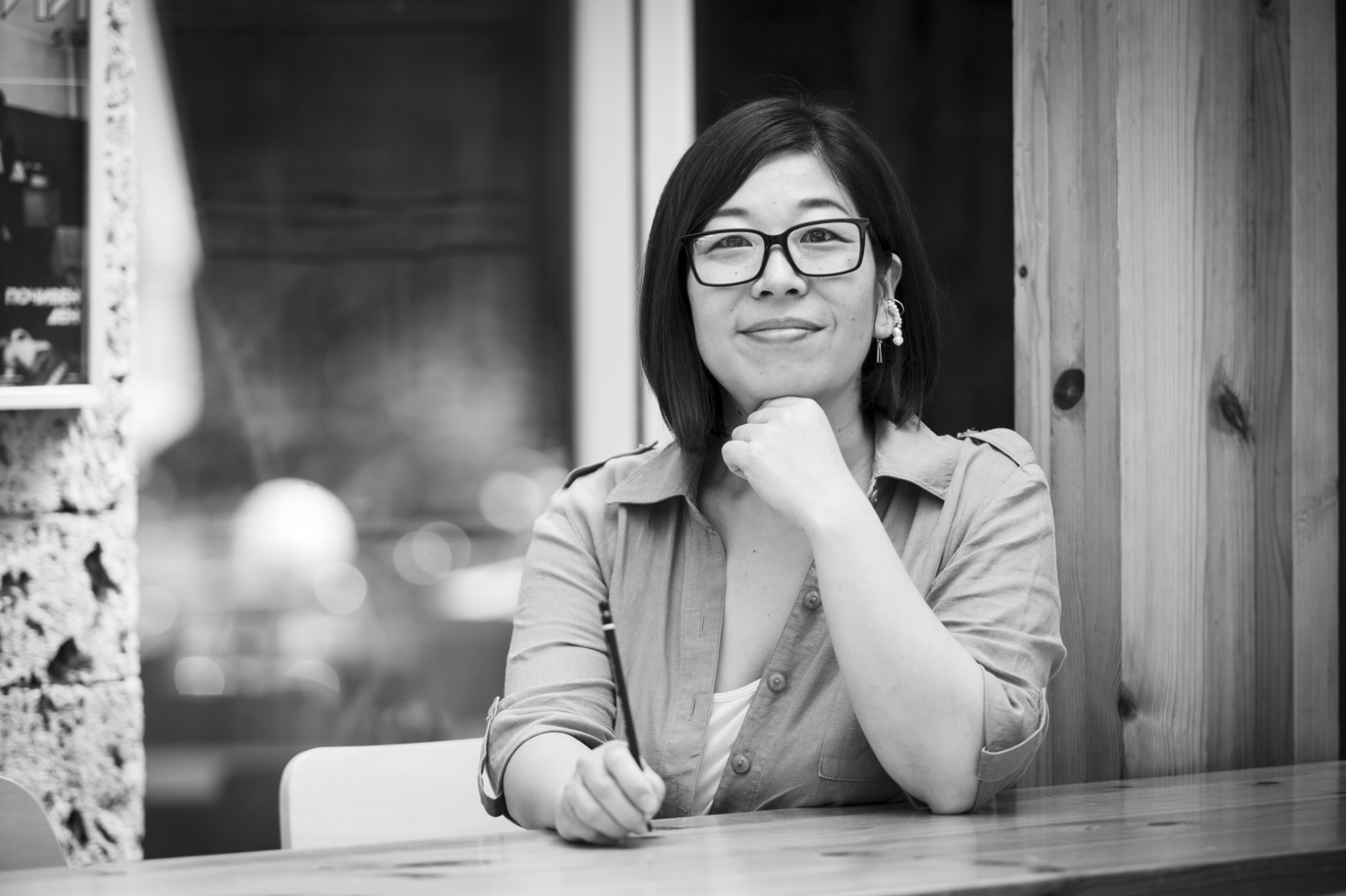 The shortages. That's one of the first things that Japanese artist Rin Yamamura noticed when she arrived in Bulgaria in 2000 to study puppetry in Sofia at the National Academy of Theater and Film Arts. At the time, there was only one place to buy art supplies in Sofia, but the paint was of poor quality, and they didn't sell the kind of cardboard she needed. That's why, in her first years as a student, she found what she needed by rummaging through the garbage. "I found the best materials, the kind you can't get in Japan either. For example, I got things from the Central Post Office – they had heavy-duty paper and cardboard, string, cute stamps." In her second year, she had to design a Santa Claus. To her, he is a kind of postal worker, and voila, she fashioned him out of the garbage thrown out at the Central Post Office. "I'm the only one who knew this, not everyone needs to know that. I had my theme – internal, hidden. That has always been important for me. I know what I'm doing, the sweet secrets I hide in the work." 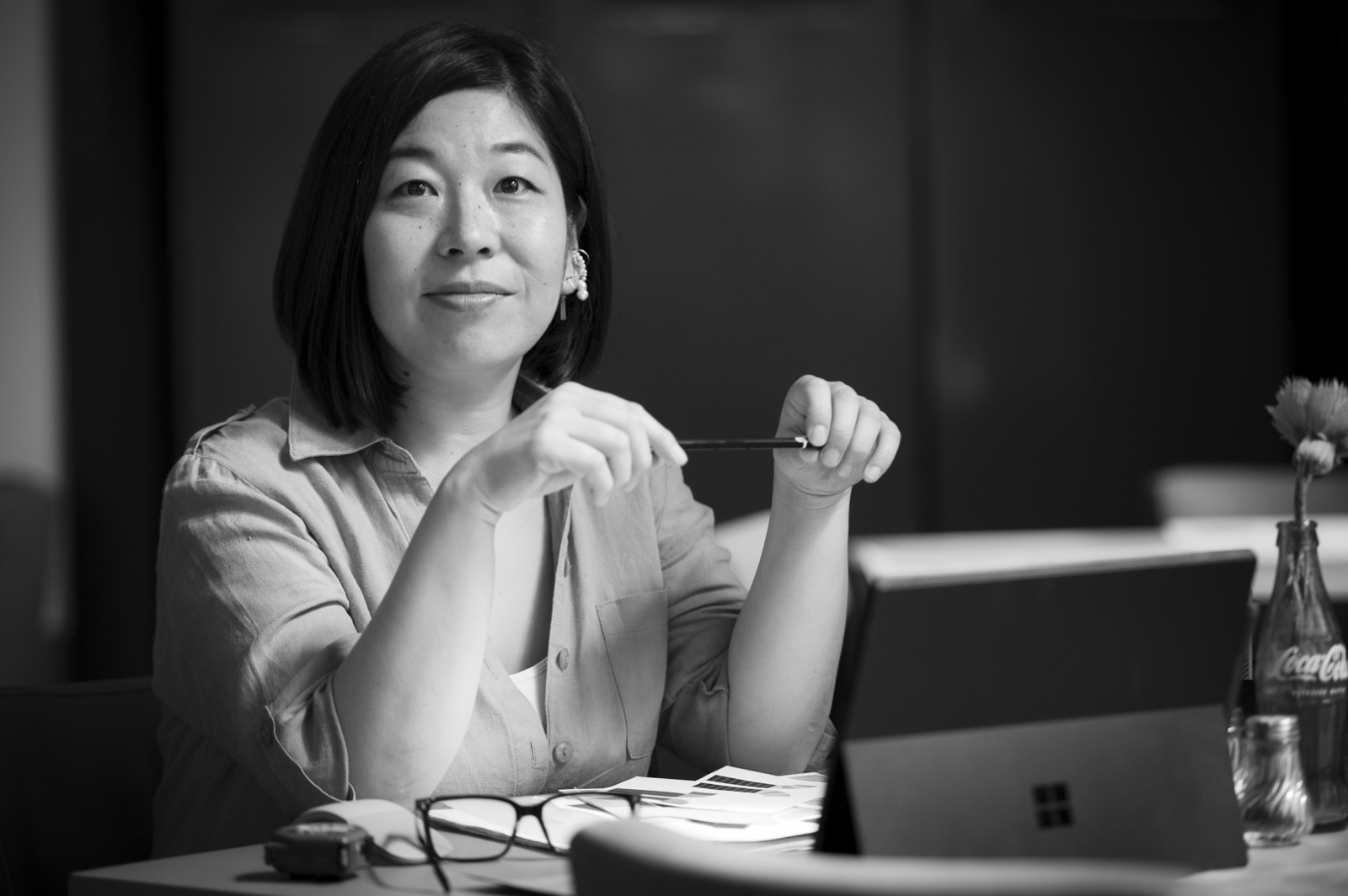 The institution and destination she chose for her studies is only unusual at first glance. Japanese and Bulgarian puppet theater have been linked since the 1960s, and this relationship continues to this day through the Puk Theater (Tokyo), which partners with the Sofia Puppet Theatre. Rin's mother used to work there, and in '89 she toured Eastern Europe as part of a television crew filming puppet shows to be dubbed and broadcast to Japanese children. She was the one who decided that Rin should study not in the Czech Republic, not in France or in Russia, but in our country, and told her: "There are very nice people in Bulgaria, so, Rin, that's where you'll go." 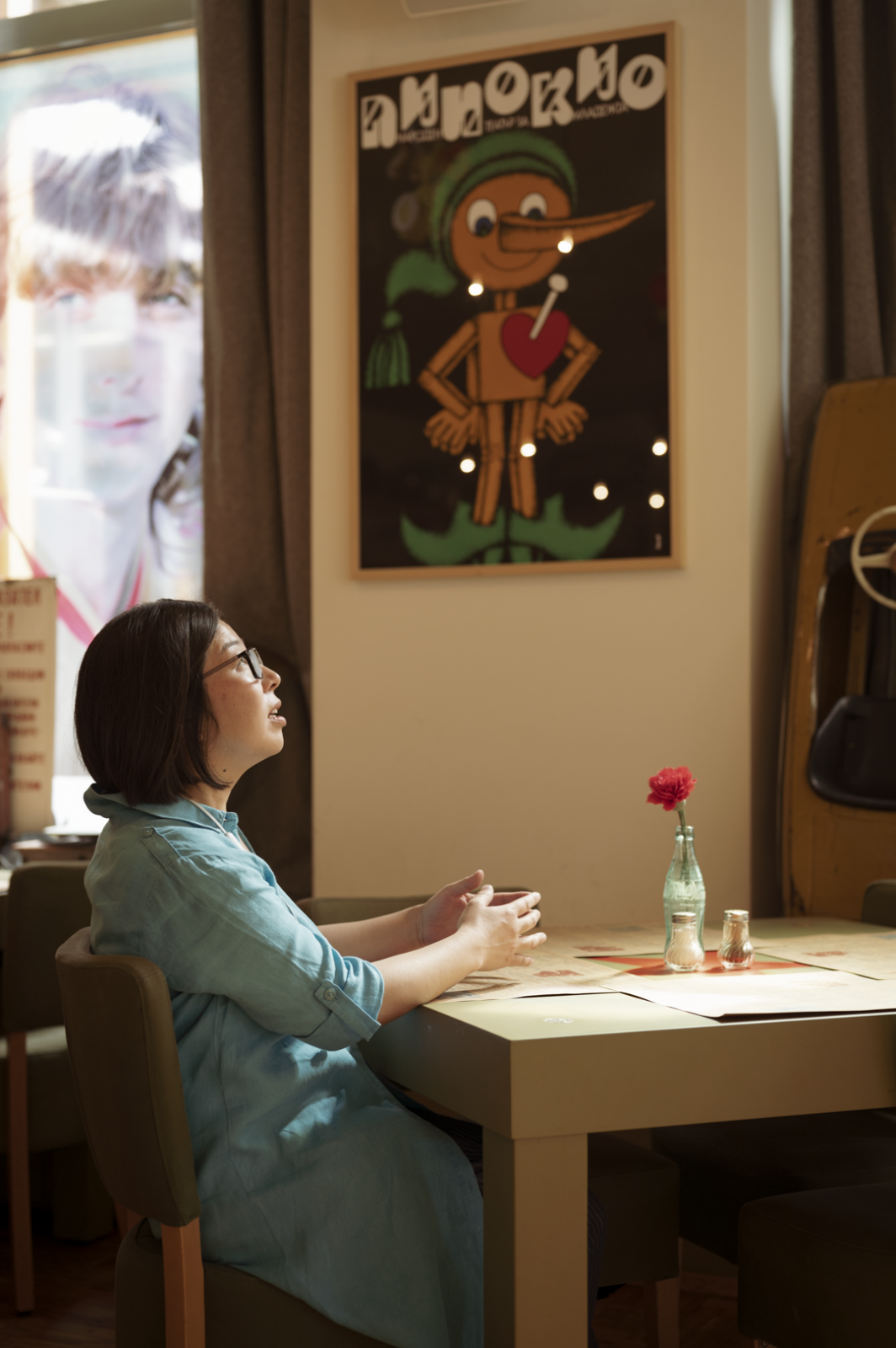 The other thing that made a strong impression on Rin in those early years was the language. Bulgarian seemed both fascinating and strange to her. "The way I see it, everything is upside down, even just looking at the alphabet." She didn't know much English and neither did the people around her, which made communicating an adventure. She learned the language on the go, getting by using individual words and phrases, mostly by drawing. In her first year, she didn't even know the meaning of the word "assignment," but her instructors and colleagues helped her figure out what she was supposed to do. This is also when her notorious search for a "sleeping man" took place, going around sports and outdoor stores, where she was met with roaring laughter and utter bewilderment by the salespeople, until she finally saw the "man" with her own eyes at the third store, and the spalen chovek turned out to be a spalen chuval (sleeping bag). "The expression made perfect sense to me. A sleeping man – because a man can sleep inside that thing. That's how you learn a language,” Rin laughs. 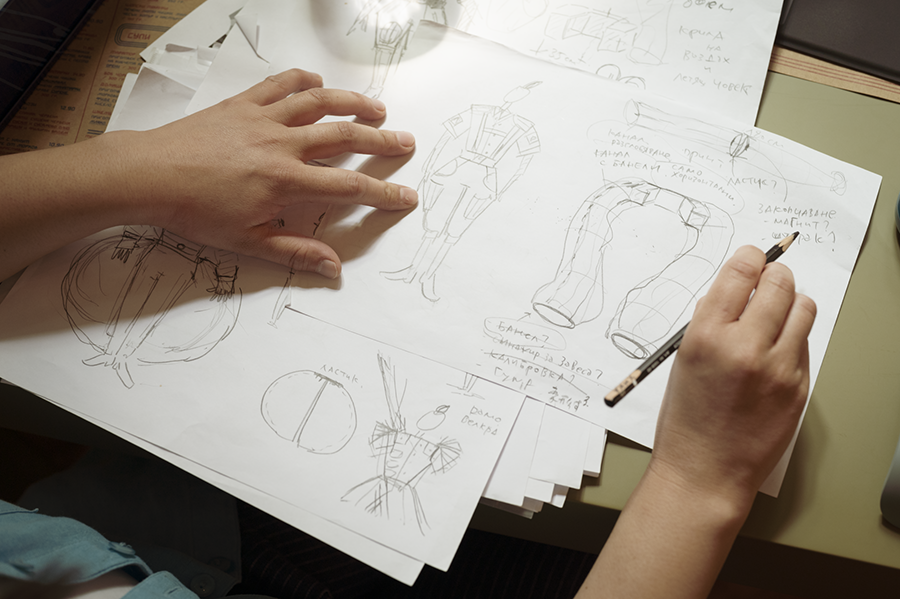 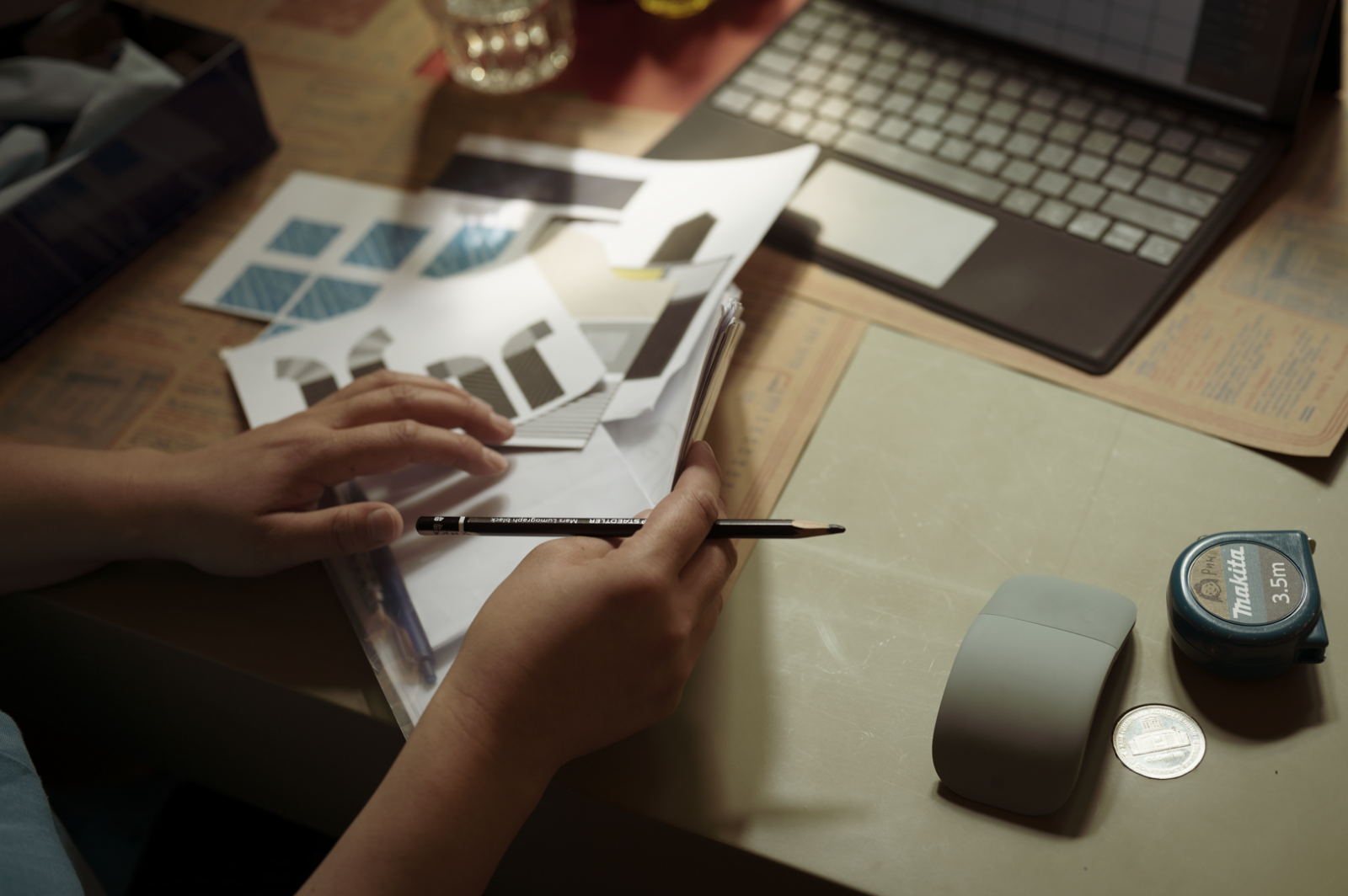 After graduating in 2006, she toured Japan with two shows. Her plan was to stay there for half a year, get to know Tokyo, try to find a job. That's also when she broke up with the man who became the main character of her book Alphabet of Love. It was very difficult, she was smoking too much, she began drawing the book in a cafe in Japan. She returned to Bulgaria with the unfinished Alphabet, she had to deal with her apartment and other unfinished business. "But then I got married," she bursts out laughing again. "But I didn't stay just because I got married. Do you know how nice it is here in Bulgaria? I can't deal with Tokyo anymore. Twenty years ago I was more of a Tokyo person than a Sofia person. Now it's the opposite.”

She says that she is in very few productions, because it usually takes her an entire year to work on one. She gives two hundred percent of herself to her projects, but still finds flaws in her own work. She finds that normal. She's not one of those people who feels like she's wasting her life if  she doesn't draw every single day. She is creative when she has an assignment to work on. Conversations and discussions about projects are very important to her. "Many things emerge from these conversations and land in my head. And that's when I start to bring things out, to squeeze them out of myself. Painting is always a great pain, a struggle for me. But in the end, I'm so glad I did it." 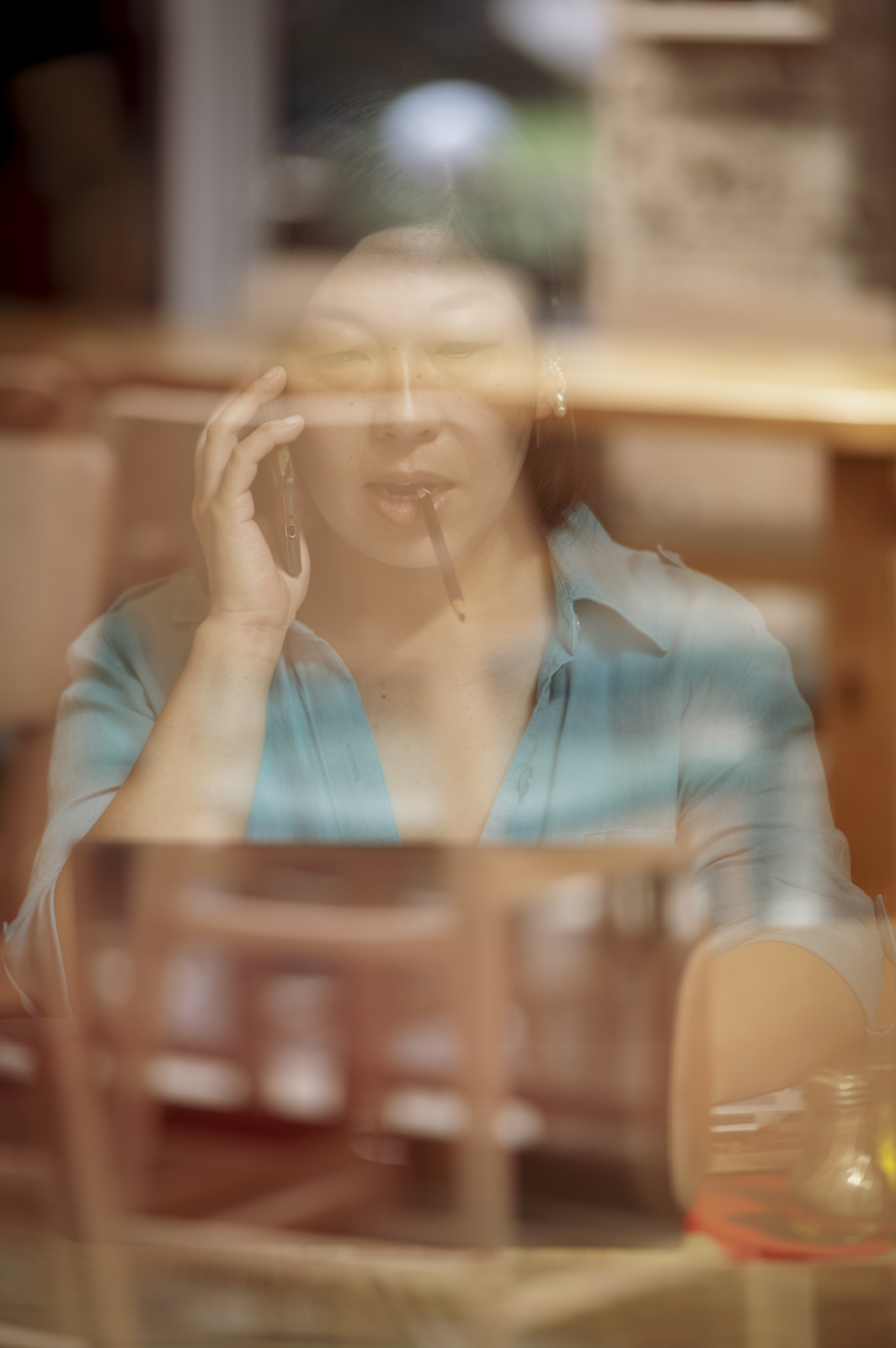 She spends most of her time coordinating Japanese television projects, mostly documentaries. She picks up the crew from the airport, obtains permits, arranges accommodation, looks for locations and interviewees, translates the director's or reporter's conversations with the locals. "I'm the mother and father of the team," Rin grins.

"The way I see it, everything is upside down, even just looking at the alphabet."

She finds fieldwork enriching. She knocks on the doors of village houses in the Eastern Rhodopes, sweet talks old people into working with the crew, and first they look at this Japanese woman with suspicion, and then they don't want her to leave their house. What else? "Every now and then, I pretend to be a mother. Right now, I don't see a drop of Japan in my child," she jokes. 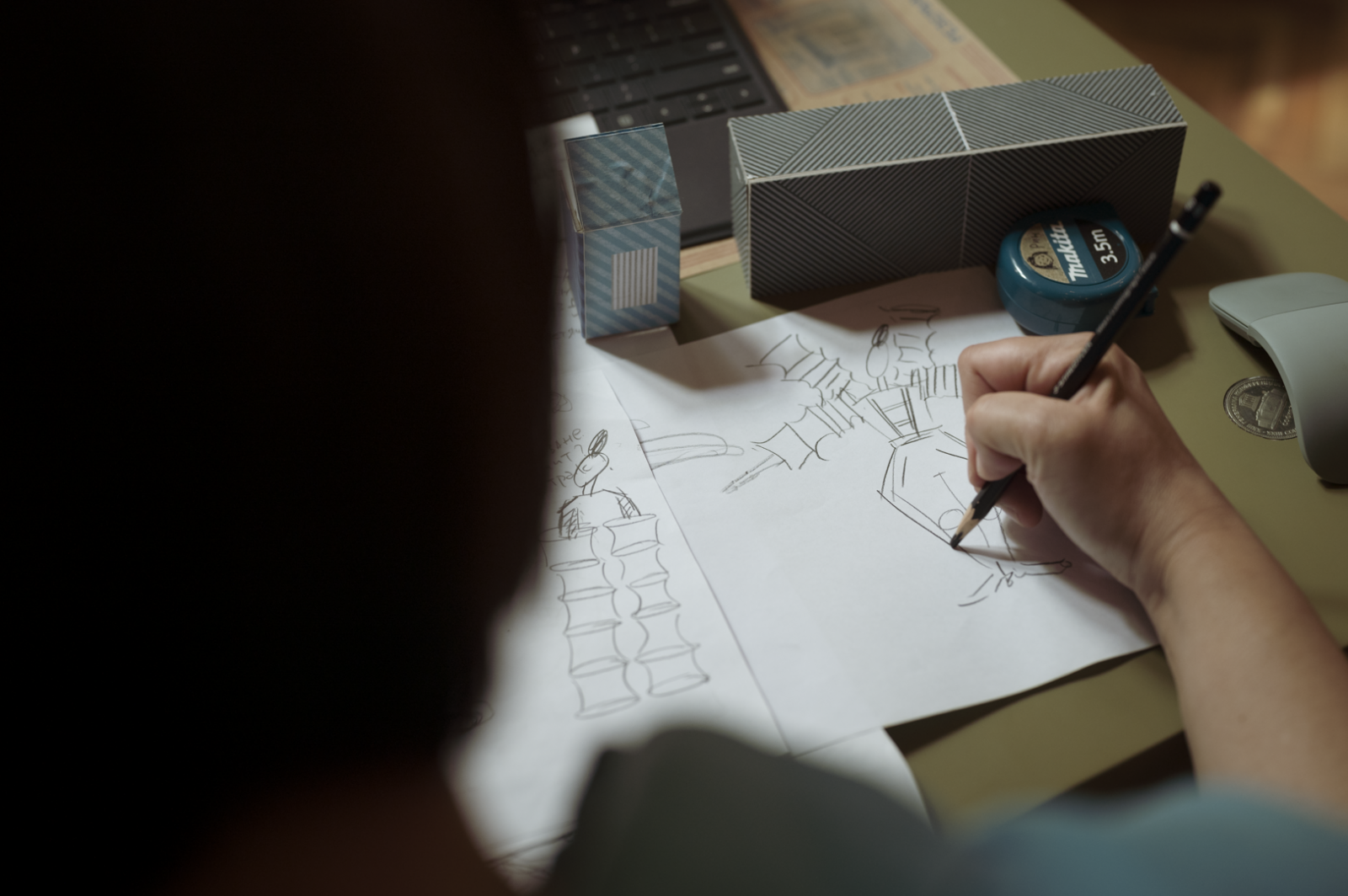 She is currently working on a new puppet show for children, but she prefers to keep us waiting and not talk about it before it's ready. She is known for her collaboration with Katya Petrova, the director of the two current shows in which you can see Rin's scenography – The Bowler by Yordan Radichkov at the State Puppet Theater in Plovdiv and The Collector by Radoslav Chichev at Theater 199. She has also worked with Petrinel Gochev, Ida Daniel and Nedyalko Delchev. 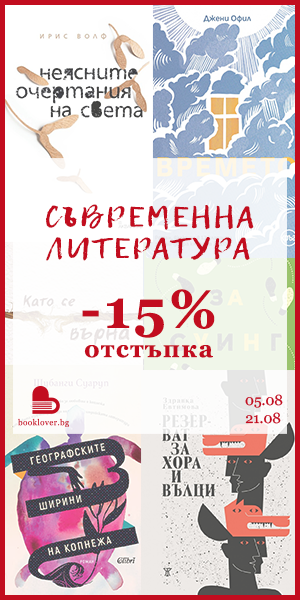 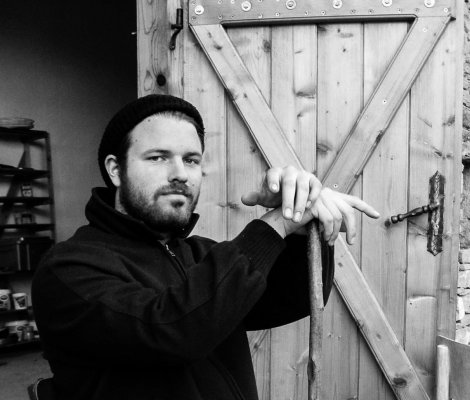 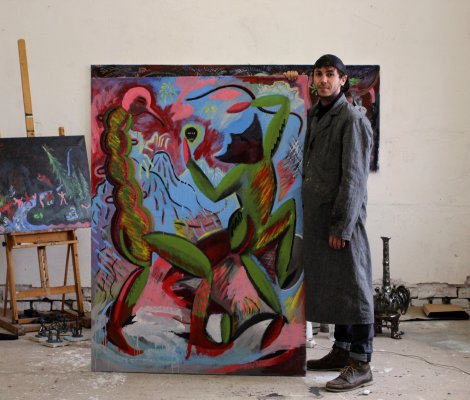 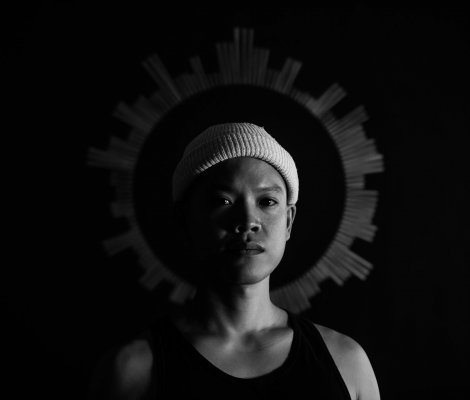