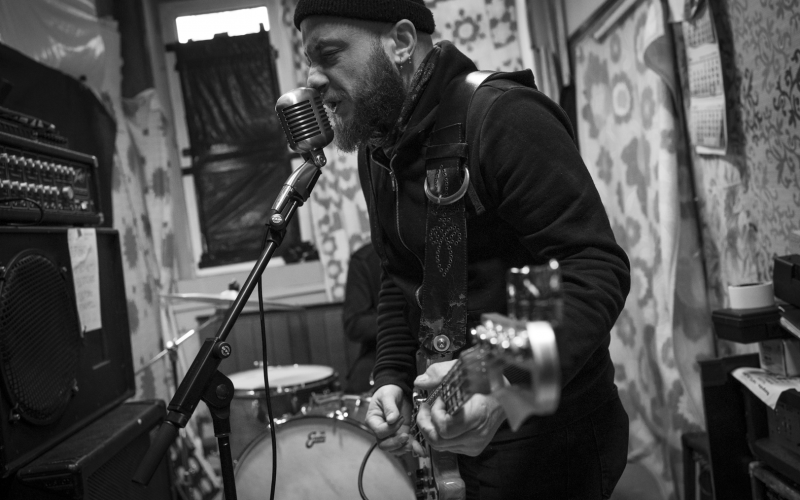 Who is listening, and how, and why?

Feedbacker, TDK, Expectations and Krekhaus - several bands tell us how to build an audience, mutual trust and sustainability.

The noise rock duo Feedbacker is the smallest rehearsal space imaginable. There is just enough room for two people, but the space is part of a larger interior world – there are several more rehearsal spaces at that location, as well as the space Fabrika Avtonomia, where the band often plays. They have just returned from a performance in Plovdiv, and on the walls you can see the handwritten lyrics of some of their songs, with the exception of "Taka stoiat neshtata" by Tangra, which they often include in their setlists.

"My apologies to Stenli, but this is our song now," smiles vocalist Ivan Shentov, who started Feedbacker in 2015, a new chapter in his long history not just as a musician but also as an author. He was the voice and lyricist of KPD-0, which were active 2001-2007, he is behind the cultural portal lunatic.bg and the label Kontingent Records; for a while he played in Comasummer, he is a member of the hardcore band King of Sorrow, and his most experimental stuff is published under the pseudonym krāllār. 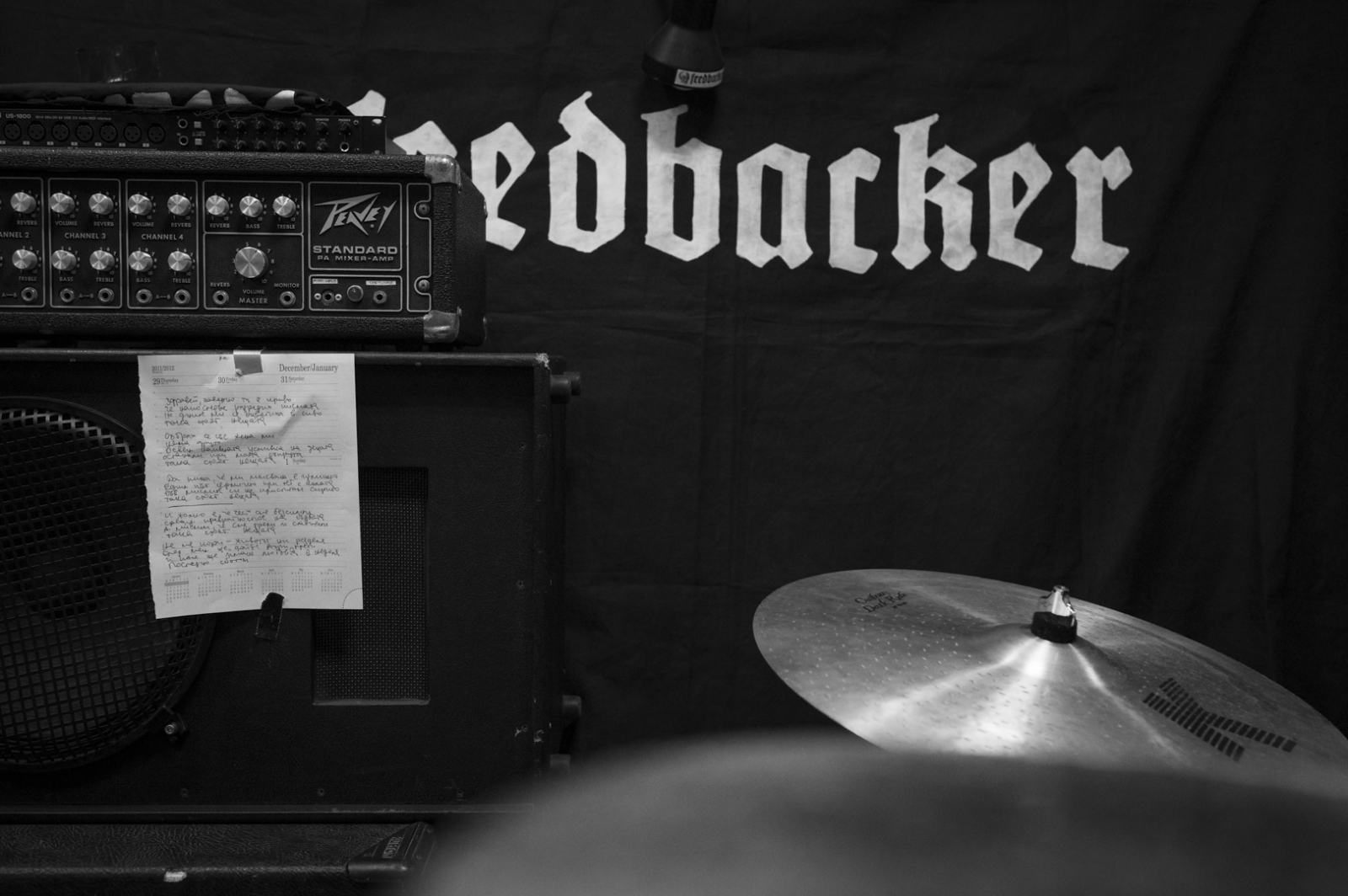 Feedbacker played their first show at a festival in Serbia, followed by performances in Greece, Romania, Hungary, Slovenia, Austria, Germany, Switzerland, Italy and Spain. His lyrics often read as real poetry – and in 2016 he won the Poetiki Festival. Despite two decades on stage, he says he more worried about appearing in front of people now than at the beginning. And how has the audience changed during that time?

Cliques are over, diversity is welcome

"Many people who were going to shows at the turn of the century are still part of this scene. Sometimes it's weird to see people you've known for almost two decades. What I notice now is that there are a lot of kids, from 15-16 year olds to 20-21 year olds. Also, the audience is no longer separated into cliques. Before, when you looked around, you could easily tell what was going on – if it's metal, you would only see metalheads around." Now, at an underground concert, including one by his own band, you can see skaters, punks, queer people. 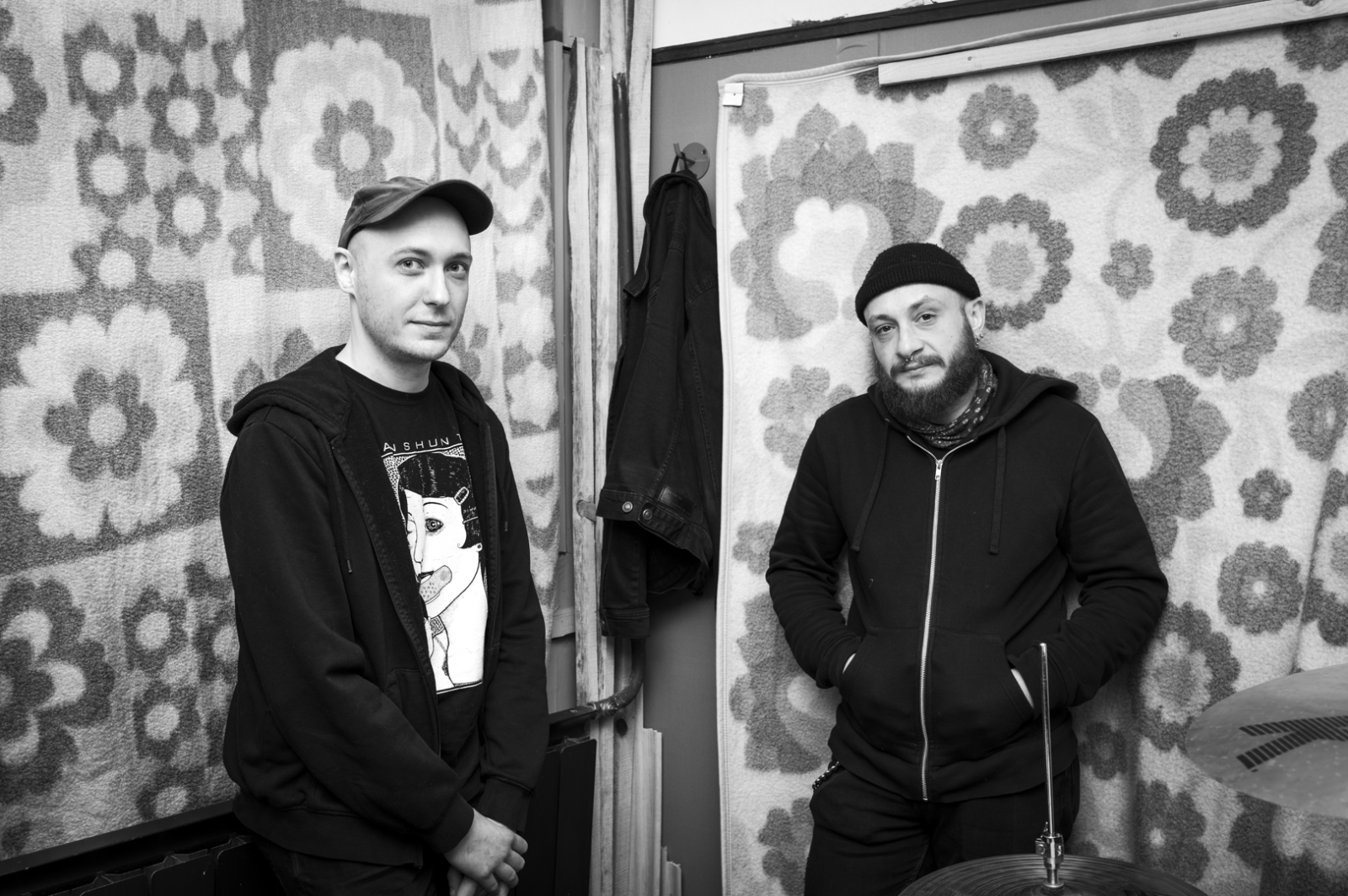 According to him, their music is best suited for venues where everyone can feel like a participant in a cause, not just a consumer who paid for a ticket. Any shortening of the distance is welcome. "It's infinitely more comfortable for us to be on the same level as the audience, to see each other's faces, to get to know each other as people, and in most cases it turns out that there are a lot of cool people standing in front of us."

How important is it for their audience that the songs are in Bulgarian?" It's super important. Yes, we all know English and that's why it can be hard to explain what exactly draws you to the songs that are in Bulgarian, but it's a fact that they have a special effect," says Feedbacker drummer Teodor Ivanov, who took over from Desislava Petkova, with whom Shentov initially formed the duo. He says he was a fan of the band before becoming part of it. According to him, the lyrics in Bulgarian are "part of the whole thing" and one of the most distinctive elements in their music. "They are loose enough to allow different interpretations, everyone can say that X or Y from a certain song speaks to them, questions about what the author meant to say are left on the backburner." 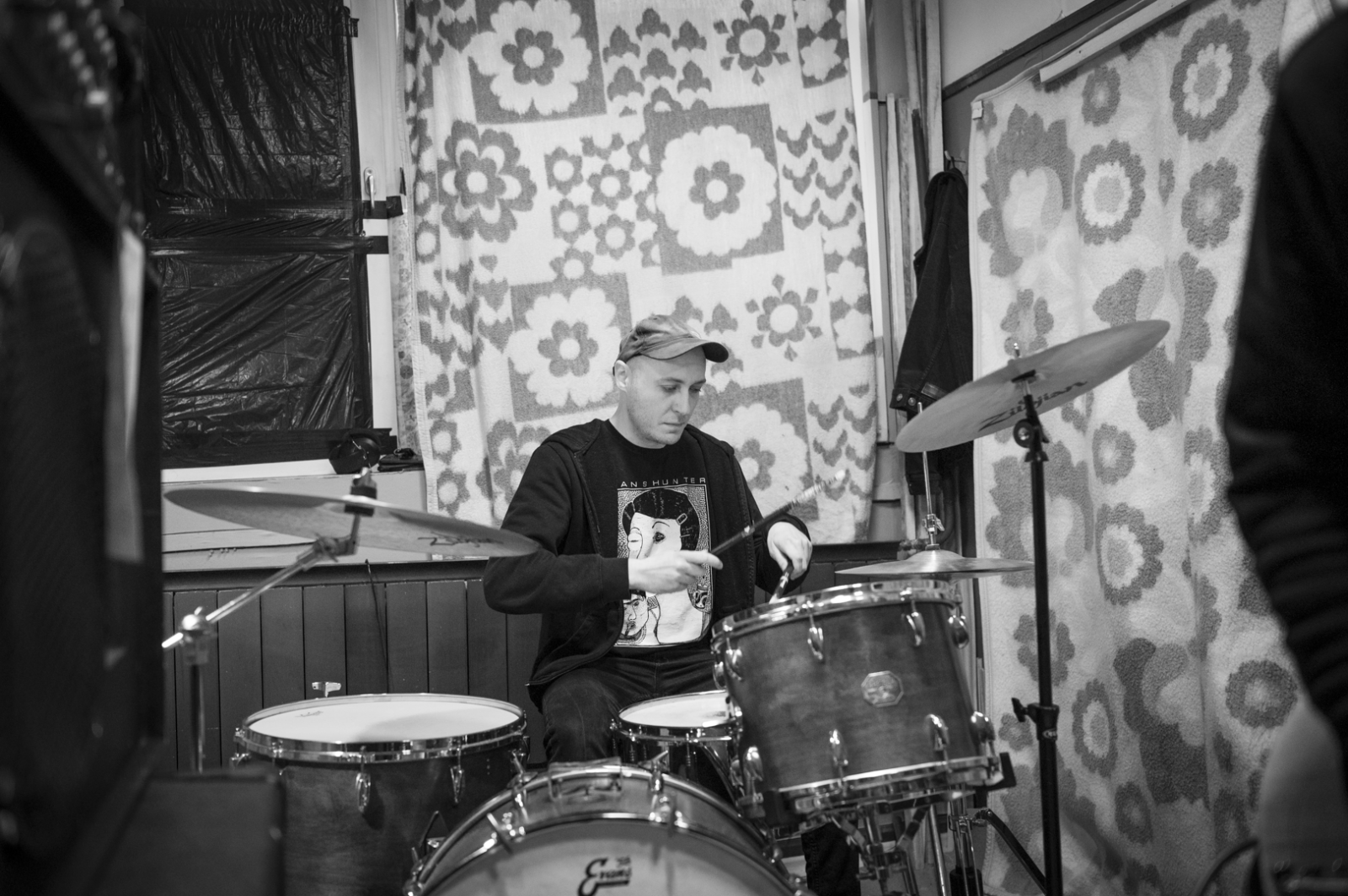 A song in English is possible, but it would just be "different." "I feel comfortable this way and I think a lot of people recognize themselves in it. It is interesting that there is never any problem when we sing in front of people who do not speak Bulgarian. The message is conveyed in one way or another," Shentov says.

Although they feel most at home in places without a real stage, where they can be on the same level as the audience, Ivan and Teodor say that they felt great when they gave a concert at the Military Club in early 2020 alongside another band whose poetic lyrics in Bulgarian get sung (shouted) back at them – TDK. 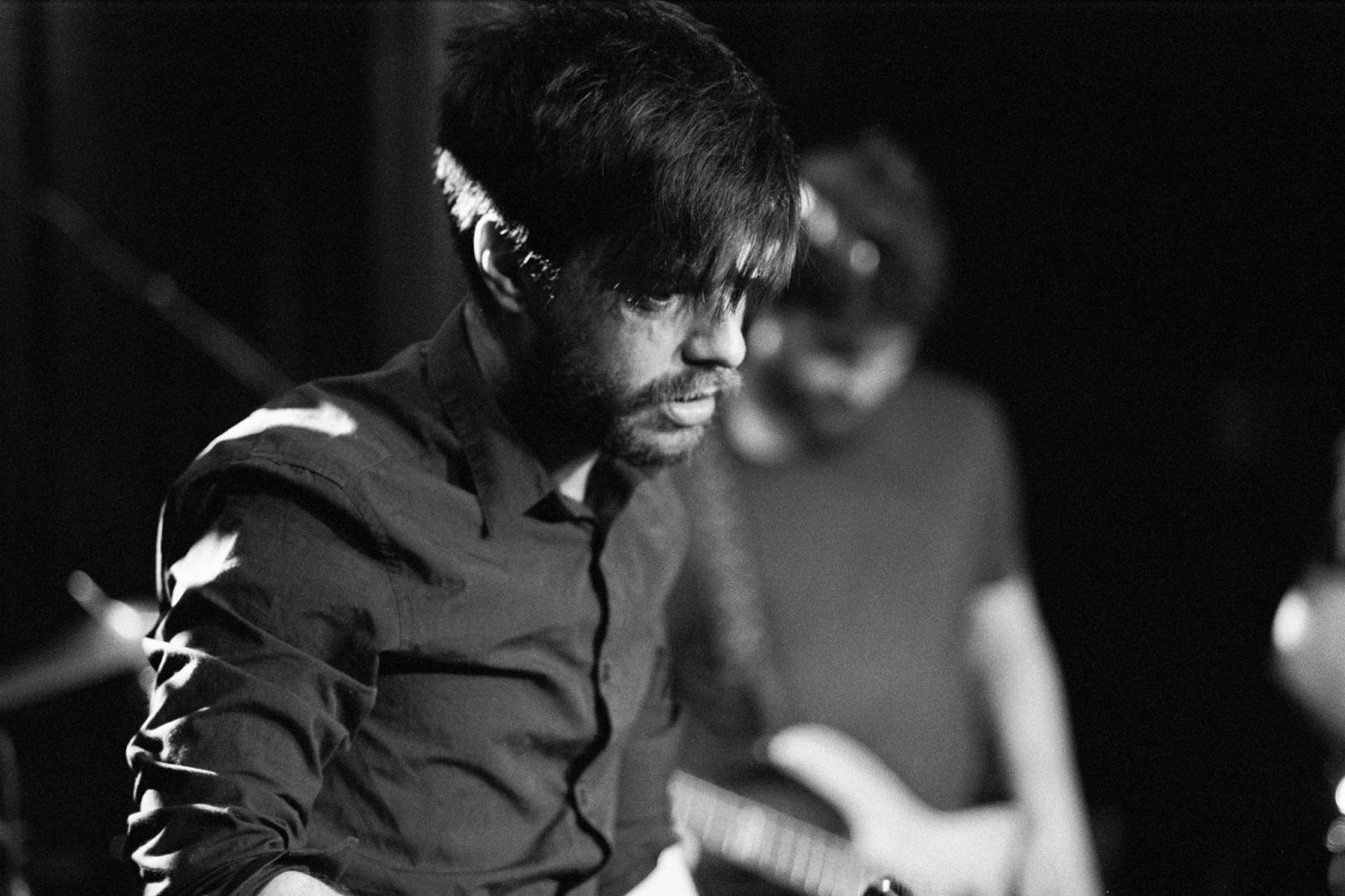 "Anything can work in Bulgaria, as long as it is done carefully and consistently, and not just for mercenary reasons – like becoming famous, for example. The audience doesn't seem to like that – they don't like to be lied to. That's how art is in general," says the voice of TDK Nikola Nikolov, one of the organizers of Wrong Fest.

How the audience sets the stage

Over the last few years, the Plovdiv band TDK has become one of the brightest examples of a band that has found unwavering support from its audience. Their 2019 album Uspeh was released after a successful crowdfunding campaign, followed by a documentary, and their next project will be recorded in Canada. "I believe that if you do the thing you really want to do, whatever it is, you will succeed. Very few things are being done in Bulgaria, so even the tiniest bit of radicalism has a chance to stand out." 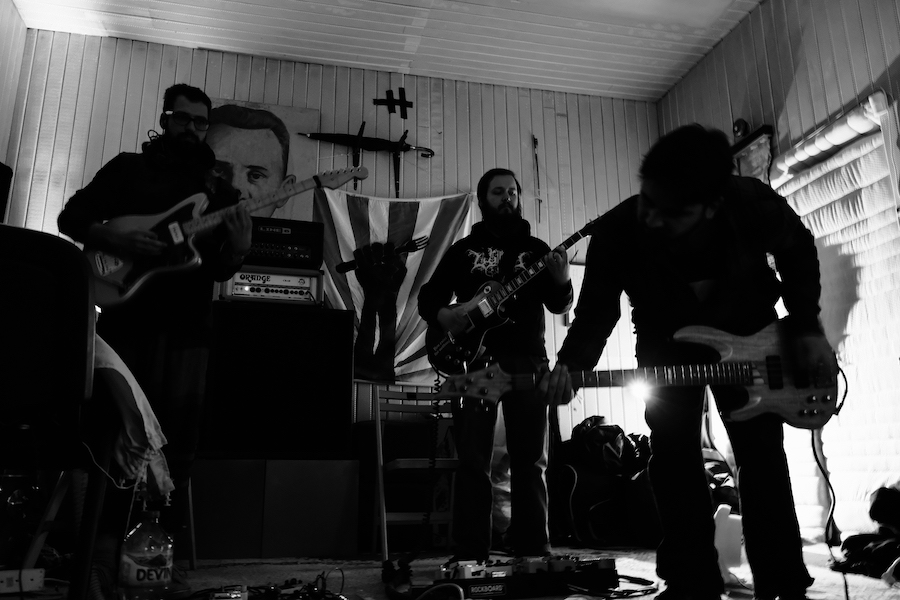 As a musician and as an organizer, the pandemic restrictions during the last two years were a constant challenge for Nikolai. The fact that everything is upside down and that plans are only now coming together has some useful aftershocks. "There are good sides to it, because it will open up space for new people, and those who don't care much will step aside, and the audience will start to regulate the scene more directly."

If we judge an audience by how cohesive it is and by its willingness to buy tickets in advance, the last two years have rolled back progress. One of the problems to be navigated is how prices should change due to factors such as inflation and how, according to general observations, people seem reluctant to buy tickets, whether out of fear that the event will be canceled or because they have lost the habit. According to Nikolai, in 2019 and the beginning of 2020 there was a noticeable improvement, and concerts by lesser known bands provoked early interest among ticket buyers. "Now everything is back at zero. You worry until the very last moment, you wonder how to proceed, and then 300-400 tickets get sold in the final two days before the show."

The beginning of 2020 looked promising for one of the leading Bulgarian hardcore bands, Expectations, but the pandemic put their plans on pause for a while. After the period of canceled concerts ended, they are now preparing to release their fourth album, Heartless, Shallow and Cruel, which is expected on June 9, and their band also has a new drummer.

"Good things are the result of perseverance and the desire to keep creating, playing and releasing new music," says Angel Simitchiev, Expectations's bass player who, like Ivan Shentov, is also a member of King of Sorrow, and is better known by his pseudonym Mytrip and the long-running label Amek by fans of experimental electronic music.

"Amek didn't stop releasing music and organizing events for more than 12-13 years, but we felt a creeping apathy and decided to slow down." This deceleration is also an opportunity to think about what is really needed at the moment: “The audience seems to wonder where it is needed more, at home, catching up with all the new music that gets released, or in the crowd at one of the timid attempts to revive concert life."

Over the last few years, the places that managed to consolidate their audience are those places that have built trust, a community. "People know that if something is part of the program there, then it's no accident, you won't see it anywhere else, and it's probably worth it," Angel says.

Although his projects can seem too extreme, sometimes there is audience crossover, though he's not sure if it's because of their broad interest, or, to quote the hardcore band Rejection, because "Sofia is not New York." According to Simitchiev, people are certainly becoming more open to different events, but it remains to be seen how long this support will last and in what form. "Without an audience, there can be no scene, but this support should not only come in times of crisis. It has to be the result of genuine interest, curiosity, and a desire to participate. Supporting causes online is great, but I hope that there will be people who come to concerts, get involved in organizing events, create their own spaces…" 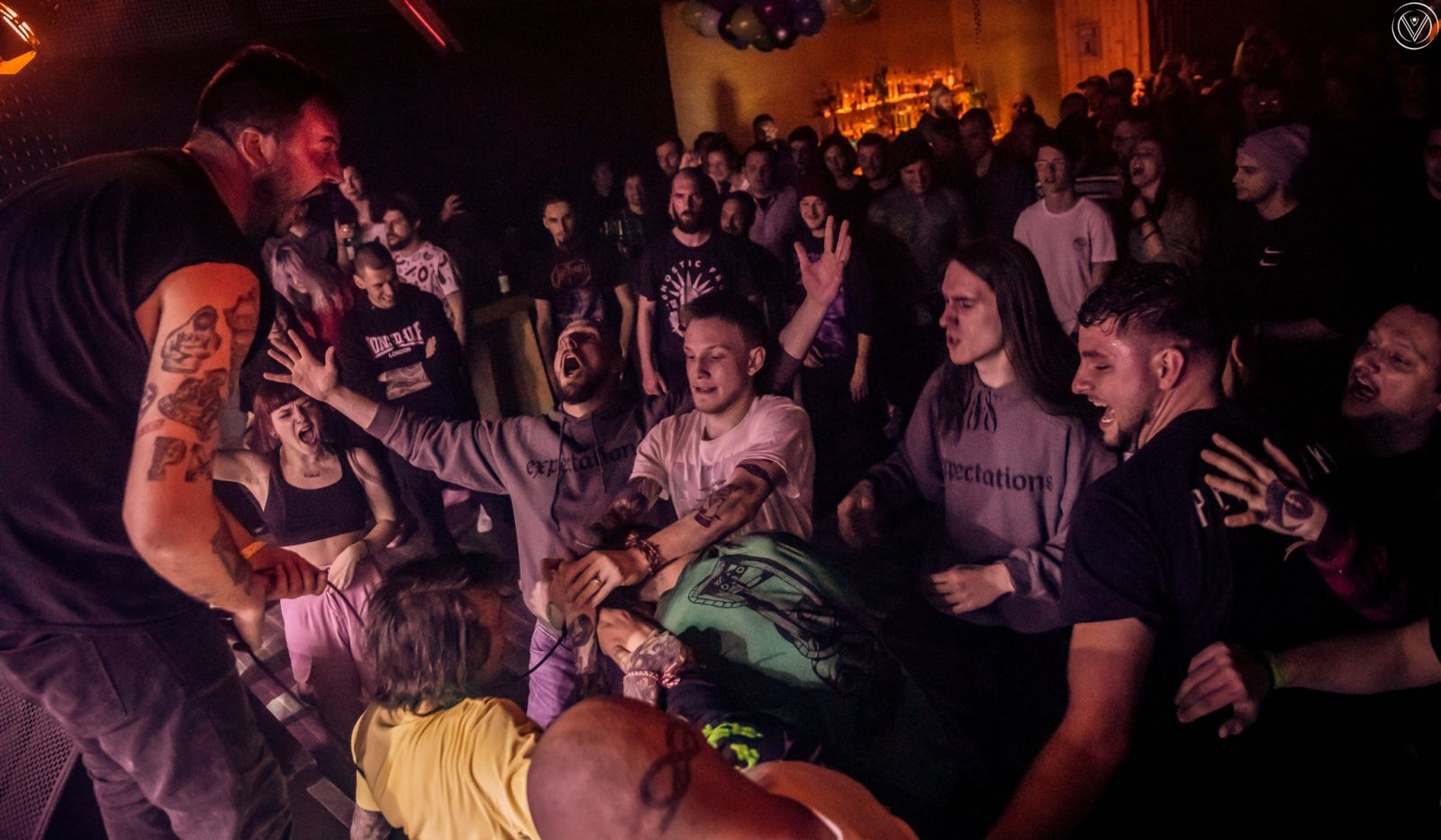 Expectations live. Photographer: Victoria Vucheva
And if Sofia is not New York, it's also not Bulgaria. "If you don't want to always play in front of the same people, you have to go beyond the comfort of the capital – something that a lot of bands and artists still don't do for reasons I can't fathom."

Bands often stick to Sofia because of the different system that's emerged in the city over the years. According to Ivan Shentov from Feedbacker, the reality of Bulgaria's club scene is such that the main music venue in one city can bring together a crowd ready to hear something new, while in another city the regular audience of the main venue does not want anything new or different. "We are spoiled in Sofia – we have both commercial and non-commercial alternative places, and those that get hyped, and those that are less well-known. You can compare it to a city like Varna, which is not small at all, but offers far fewer venues for live music."

Sweet Dreams Are Made of This….

After the release of their debut album Gutenachtestrasse in 2021, Krekhaus have been working hard on reaching a wider foreign audience. Earlier this year, they traveled to the Future Echoes showcase festival in Sweden, and before that they participated in similar events in Austria, the United States, Canada and Spain (some held online, in keeping with pandemic restrictions). 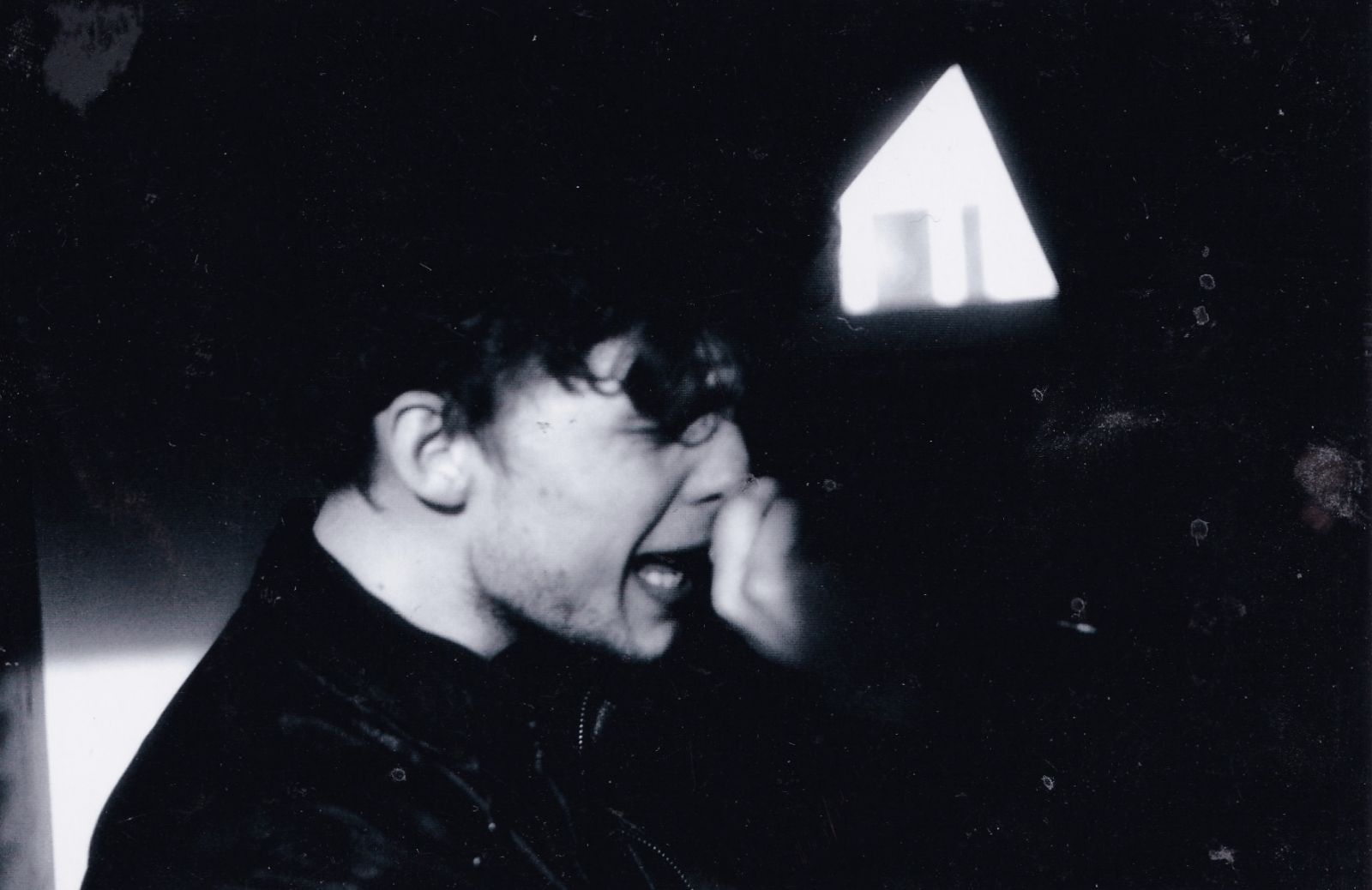 "Anyone who creates a cultural product, book, painting, play, musical, album, etc., wants to be heard, seen or read. And to get paid for it. To be able to make music and not have to work as a food delivery driver," says Yavor Nedev, guitarist for Krekhaus, after a concert in Varna. They are currently working on a new EP, and their goals and plans sound much bolder than most bands'. According to Nedev, being both authentic and ambitious does not require any kind of compromise. "Reaching a larger market is not so much a matter of compromising, but of being organized, having clear goals, discipline and a team that acts with purpose. The problem that artists are faced with is not called Compromise but Laziness. And his sister Carelessness. " 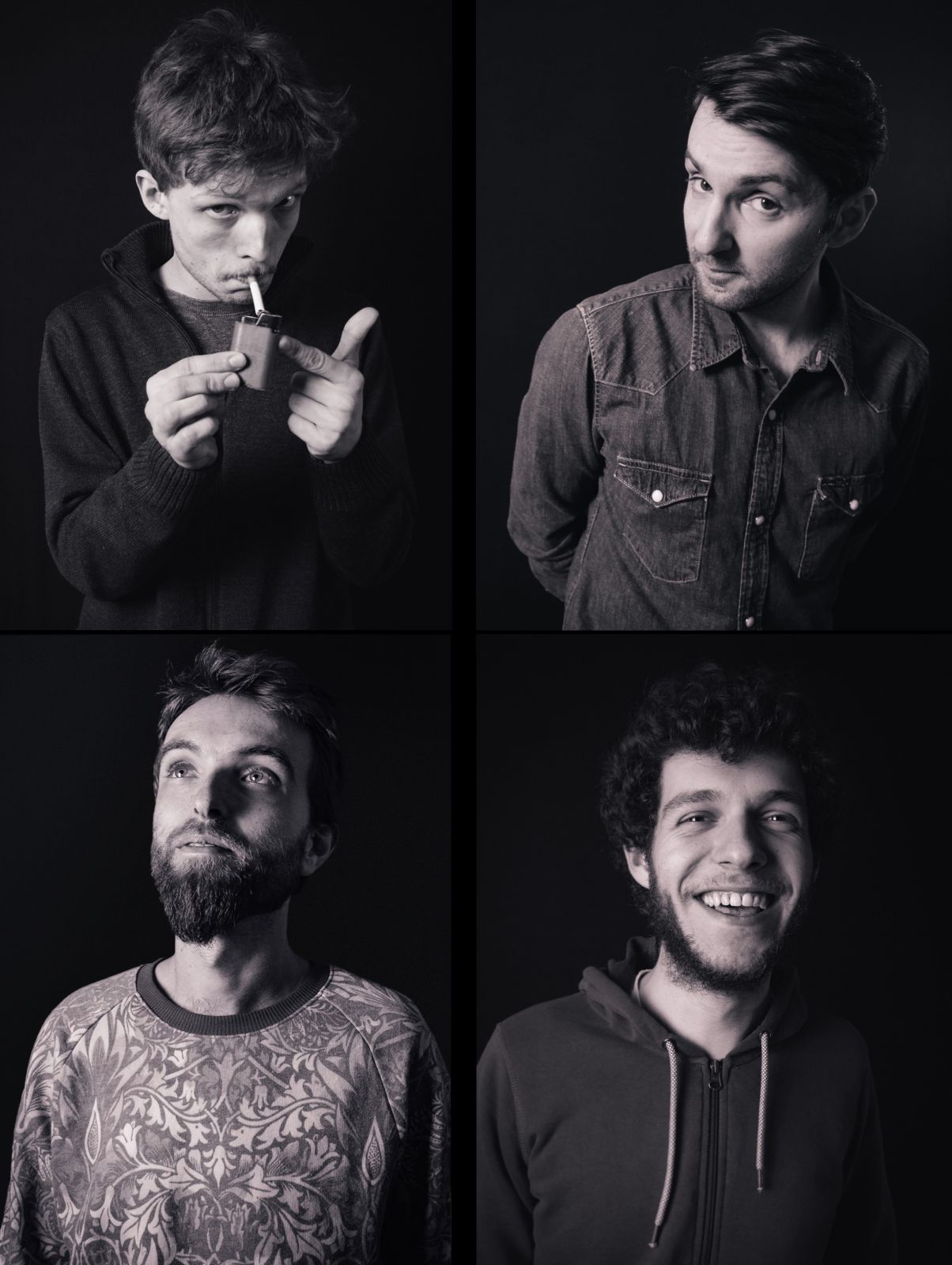 Their experience with performing abroad over the last year has made them realize that oftentimes bands that have a wider audience at home are derivative and unsuitable for larger stages outside Bulgaria. "We are cut off from the main process. Music here is still reactive: 'this thing is popular elsewhere, let's try it'. And by the time we learn how to play it, the world has moved on and our stuff is no longer adequate. We aretoo lazy to get organized. The typical Balkan carelessness and cheapness is all-present."

Although he does not mince words when it comes to what he does not like about the Bulgarian scene, Nedev does not think that the situation is unsalvageable. "We just have to find the young musicians are, the new generation after us, and prevent them from doing this nonsense. Give them the opportunity to dream bigger, like Europeans, not just locally. We need people who can dream."