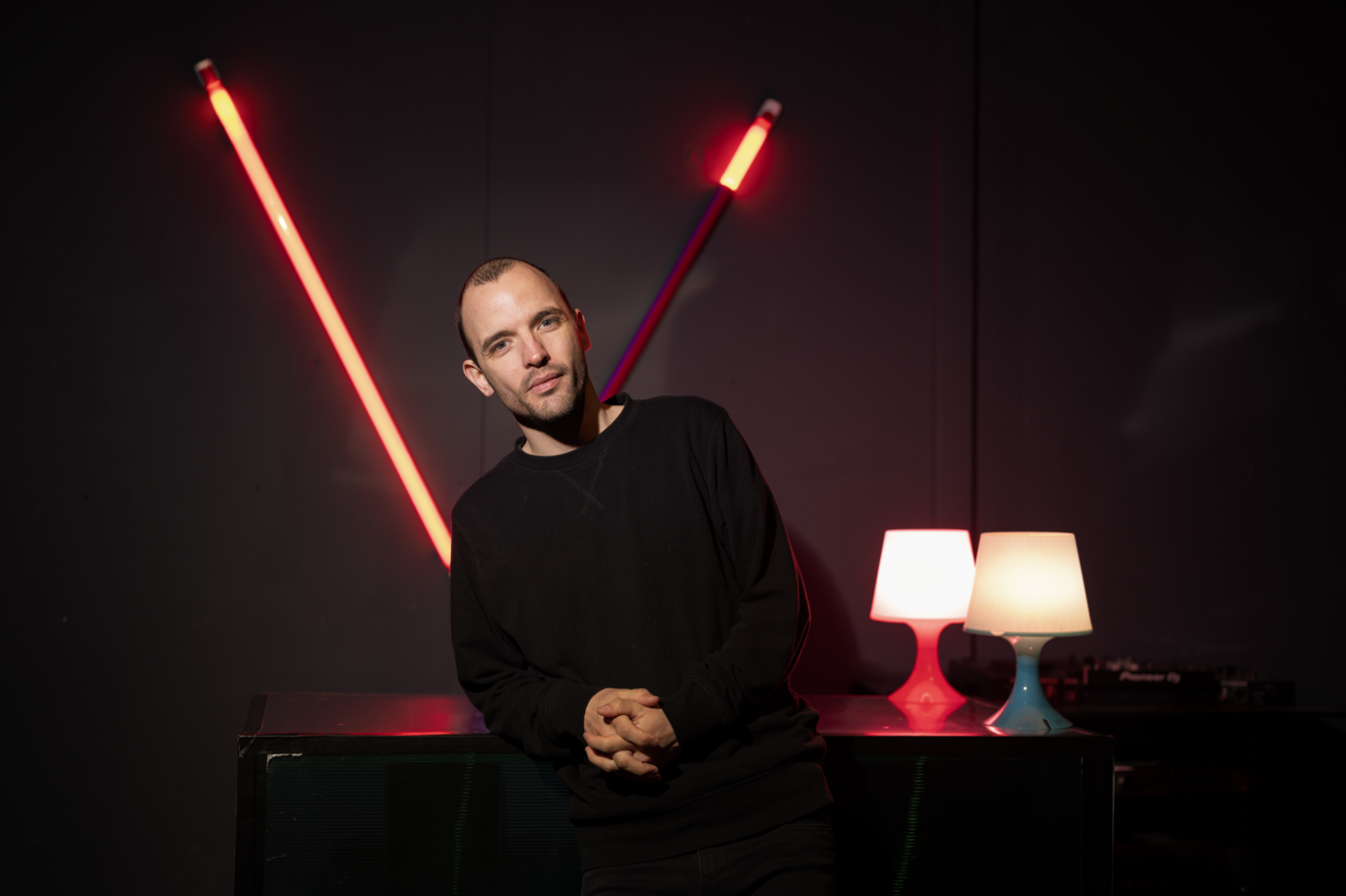 Meet you at the Fonoteka after midnight

Music blogs and media have become increasingly rare, and there are very few Bulgarian examples with any longevity: among them is Fonoteka Elektrika, which Alexander Vladimirov started more than a decade ago, and which remains the perfect guide to what is going on at "clubs, basements and afterparties."

Music blogs and media have become increasingly rare, and there are very few Bulgarian examples with any longevity: among them is Fonoteka Elektrika, which Alexander Vladimirov started more than a decade ago, and which remains the perfect guide to what is going on at "clubs, basements and afterparties."

"We launched Fonoteka before the first decade of the 21st century was over, and it has now outlived the GERB government, which I can't quite believe," says Alexander, who started the site as a place to share music he found online. That first decade of the century was also the era of music blogs, in the years before streaming began to dominate distribution. "At first, I was interested in indie/electronic tracks and releases – I was a huge fan of DFA, the New York label owned by James Murphy from LCD Soundsystem. Later, my focus shifted entirely to the electronic scene – house, disco, techno." Over time, Alexander began to cover what was happening on the Bulgarian electronic music scene. "More and more DJs and producers began to appear." 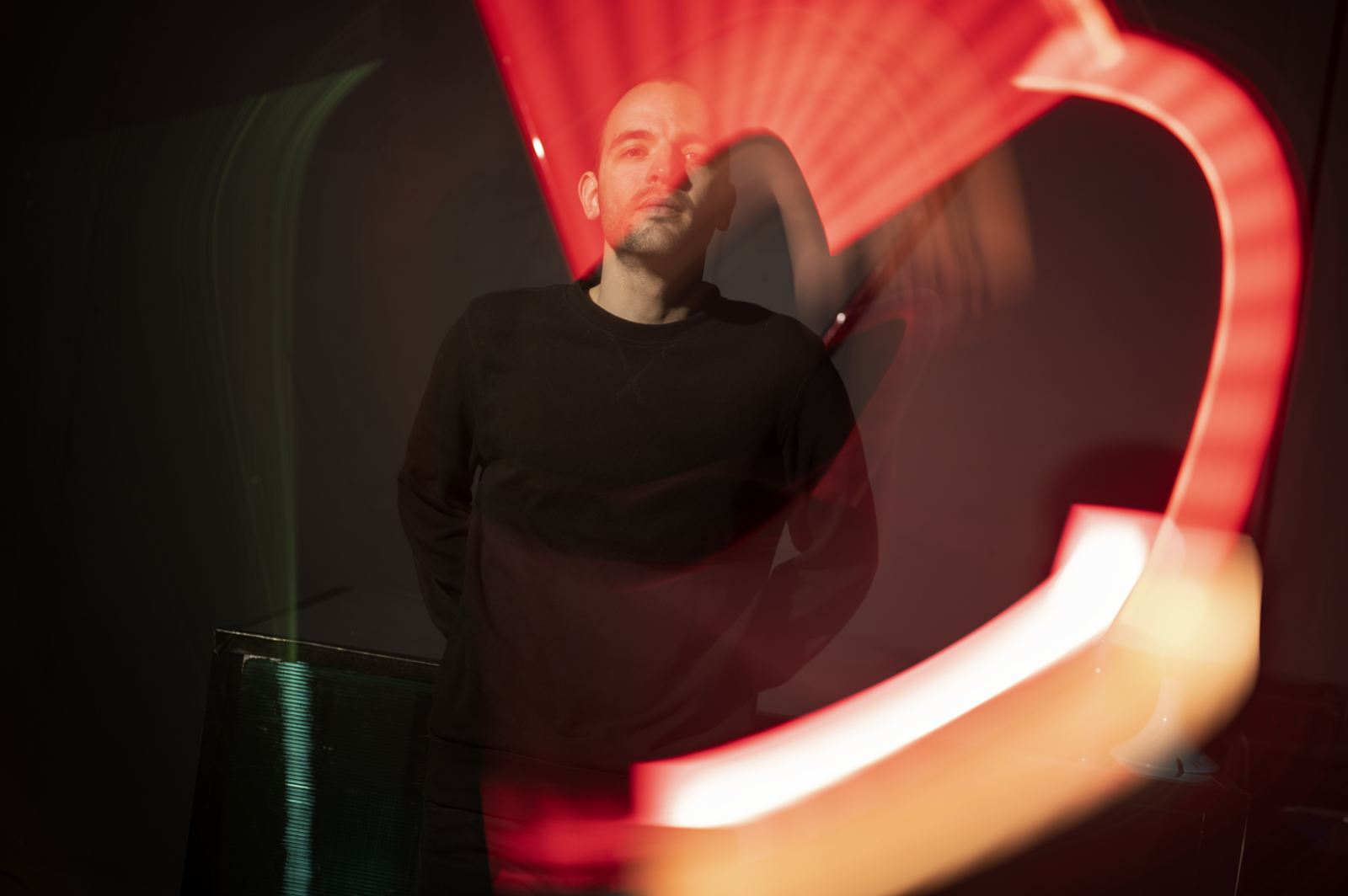 "Over the last six years, quite a few people have joined us, and their music selection and articles have helped develop the Fonoteka." The current members of the team are Teodora Marinova (Tedka), who focuses on techno music, and Samuil Kehayov (known as sayulke from the Melformator and Döner Muzik parties), with whom Alexander organized Altitude Attitude, a series of video sets recorded at prominent locations in Plovdiv that came out last year. "It's actually not easy to find someone who can write and also has good knowledge of music."

In late winter and spring of 2022, it looks like the rhythm of club and concert events is finally getting back to normal, and he thinks there are no significant changes after most of the remaining pandemic restrictions were dropped. "It's more that things are coming together again. In the last two months, club life started to return to pre-pandemic levels, and once again there are several parties each weekend, both with great local artists and established names from abroad. We have the luxury of wondering which party to go to on Friday."

Why going out is important

Most Fridays, the Instagram profile of Fonoteka Elektrika broadcasts stories about what is happening in Sofia and where (this column is cleverly titled Fomoteka). There is no lack of choice: “There are many talented names on the Bulgarian scene right now, so going out every weekend is worthwhile. These are girls and boys who are constantly trying to expand their sound culture and grow their DJ skills. Artists who are by no means inferior to their colleagues from abroad that get invited as headliners. It all depends on which styles you prefer. “ 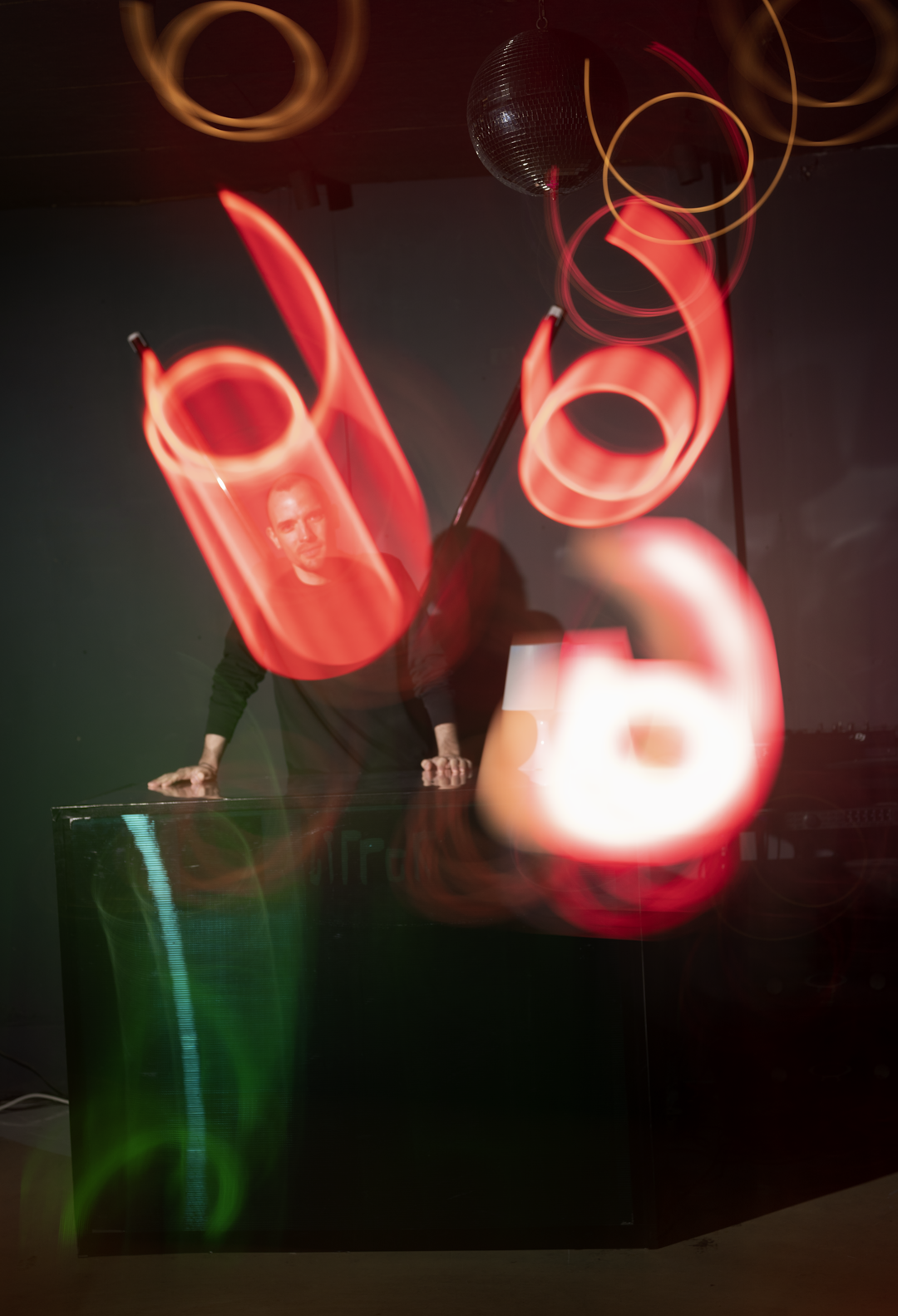 Recently, Fonoteka Elektrika partnered with the Ritual Gatherings festival for the first ever survey of Bulgarian electronic music fans. The data is currently being processed, and Alexander believes that any one stereotype would paint an incomplete picture: “There are no correct stereotypes about clubgoers. They are all kinds of different people. And they are also not the same across different events. There is a difference between those who go to industrial techno parties, those who prefer minimal house/techno, those who go to disco parties."

The art of boundless curiosity

And how has Alexander's taste in music changed? He hopes that the theory that you stop listening to new music after the age of 30 will not hold true for him. "Because my taste never actually stopped developing, and at any given time I listen to tracks in different genres – from Chicago house to wave or neoclassical (we have a Spotify playlist from a few years ago with neoclassical music, part of which is at intersection of neoclassical and electronic music). And I actually started out in the punk scene. At the same time, my very first favorite song was "The Box" from Orbital's 1996 album In Sides, which I listened to when I was eight. It's not about changing my tastes changing as much as a constant expansion of my horizons."

Another topic he is interested in is the lack of intergenerational continuity among these different audiences. Last year's exhibition (and ongoing project) The Bulgarian Rave Archive presented a new look at the rave wave of the late 90s and early 00s. How would the current scene be viewed two decades from now? "I mostly think about how to make sure there is no need for another rave archive twenty years from now that will fill some new gap between two different epochs. About how to create continuity between the people who are making things happen right now and those who will come after them."

According to Alexander, this link gets broken when everyone starts looking out only for themselves and the sense of community disappears. "And if you start telling yourself that you're the greatest, then there is no chance of continuity." 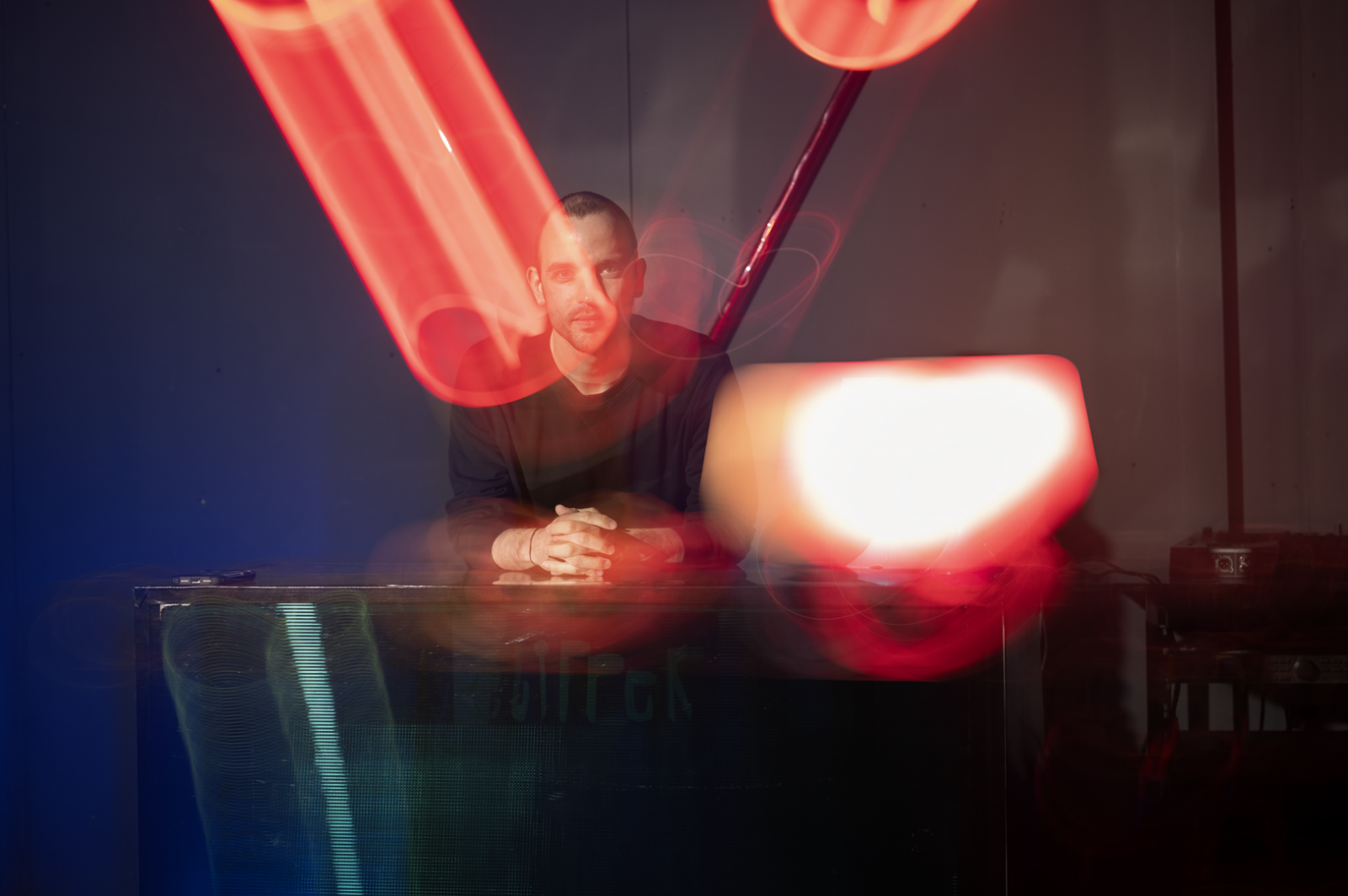 Let the youth in

One of the ways to address this disconnect between different audiences and generations is Fonoteka Elektrika's Youth Entrance initiative. The site offers free tickets for certain parties for people under twenty-three. "Youth Entrance is not meant as an incentive to attend parties, but as a way to facilitate them and make them more accessible." After the pandemic, Alexander noticed that that the already small contingent of party goers in their early 20s had gotten even smaller. "We started asking ourselves, where are they? After many conversations, we realized something that should have been obvious – students usually don't have jobs, or have very shitty jobs, and the entrance fee of 10-15-20 leva can take up most or all of their budget for the evening. This is a very real reason for not going to a club. And ever since we started doing Youth Entrance, we've been getting messages on Instagram: "Please do Youth Entrance for such and such party, because I'm really dying to go, but I really can't afford it."

These tickets usually become available once a month, for events that the team knows will be worth it. "We want to create a culture of people going out every weekend, people going to see Bulgarian artists every weekend. Instead of saving up for one big party every couple of months, which happens a lot right now."

Where to next? "Even when it looks like we've slowed down, we're actually constantly thinking about what else we can do," says Alexander. "There are always ideas for how to grow the Fonoteka, which largely depend on how much time we can spend on it. And that, frankly, remains scarce. The Fonoteka continues to be a project that we do in our free time because of our irrational addiction to music and partying."

Find out more on fonotekaelektrika.com  and instagram.com/fonotekaelektrika. You can find the music podcast On the Same Wavelength, hosted by Alexander Vladimirov and sponsored by the Goethe-Institut, on Spotify. The Altitude Attitude video series is on YouTube.