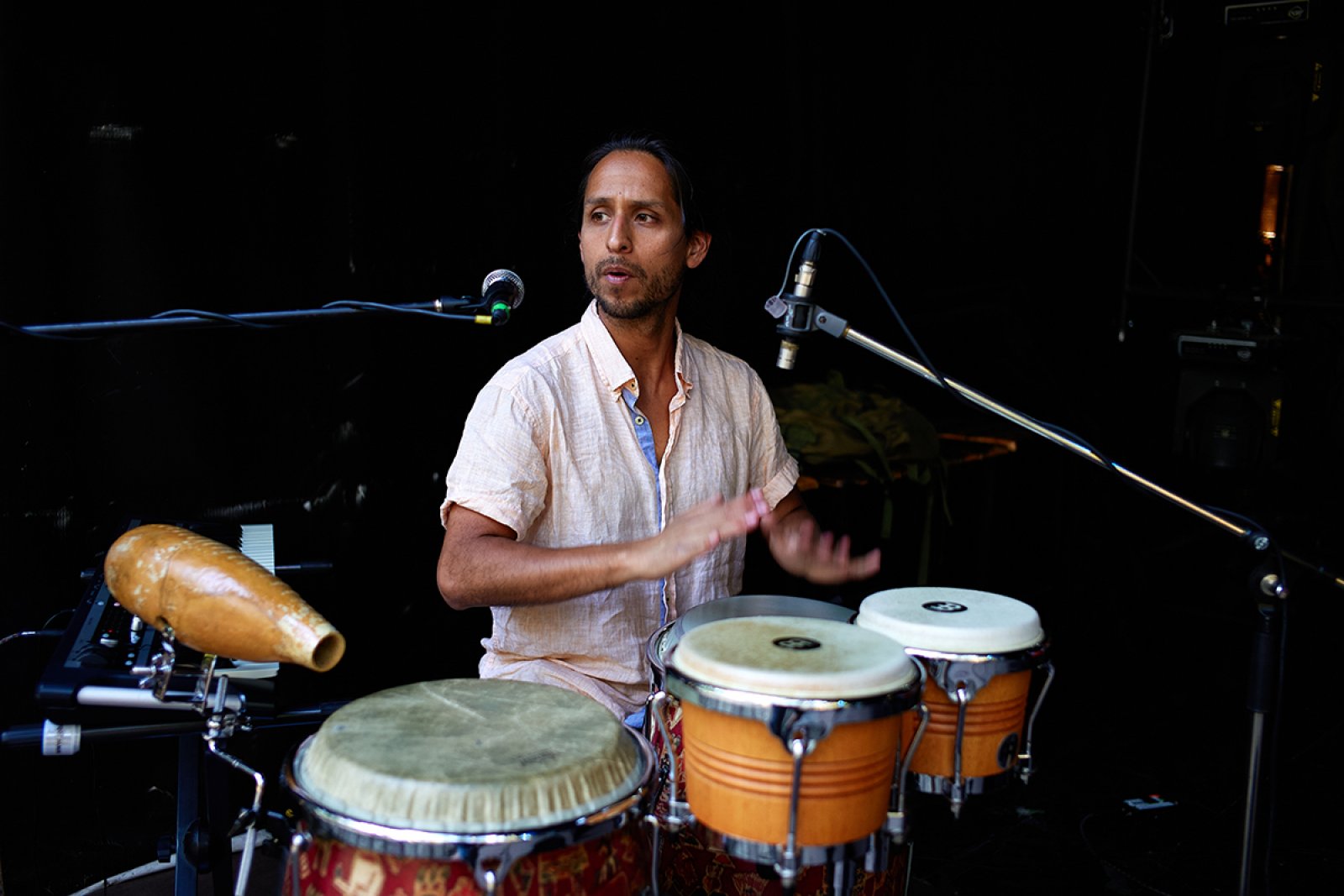 For musician Piero Epifania, living in Sofia is an opportunity to do more than he would get to do elsewhere. It's a small market, but that's not the most important thing – the city is well suited for experiments, for a musical laboratory, he knows many musicians here, he can participate in more projects, and he feels that he brings fresh air into this environment with his Peruvian and Latin American background. Small distances make life easier. "In a city like Lima or Istanbul, you spend too much time getting from point A to point B. It's easier here. You have a rehearsal twenty minutes from downtown. Well, that's if you live near the center. But even if you live in Lyulin, it's still close," he explains. For him, Sofia is a calm and quite green city, with none of the stress of larger capitals. This helps him focus on his creative pursuits.

The frontman of the band Ritmos Negros first came to Bulgaria nine years ago, stayed for a while, then went to China for a year before returning here. This does not mean that he often stays in one place – he has performed in Serbia, Macedonia, Greece, England, Germany... He admits that he lives in a bubble and it is hard for him to speak about the country more generally, but he makes sure to point out that the only thing he doesn't like about Bulgaria is the food. He thinks that local food culture is not very developed, and guesses that the socialist regime has a lot to do with this state of affairs. Another possible reason is that there are not many foreigners in Bulgaria, not a lot of mixing of different cultures – though this has obviously been changing in recent years. Does he think that Bulgarians are surly people? No, they only seem that way at first glance.

As a percussionist, he is interested in the irregular rhythms and ornamentation in Bulgarian folk music. He likes Romani music. He likes that Bulgaria does not have the same strong competitive spirit as many places in the West. He admits that he no longer makes his living as a musician (as he did for years), but is now a business consultant. This year his band will release a new album, he is starting a new musical project focusing on traditional Latin American music from the early twentieth century, and he is also planning a future solo album featuring many short compositions. "I think it include about a hundred songs," he says.