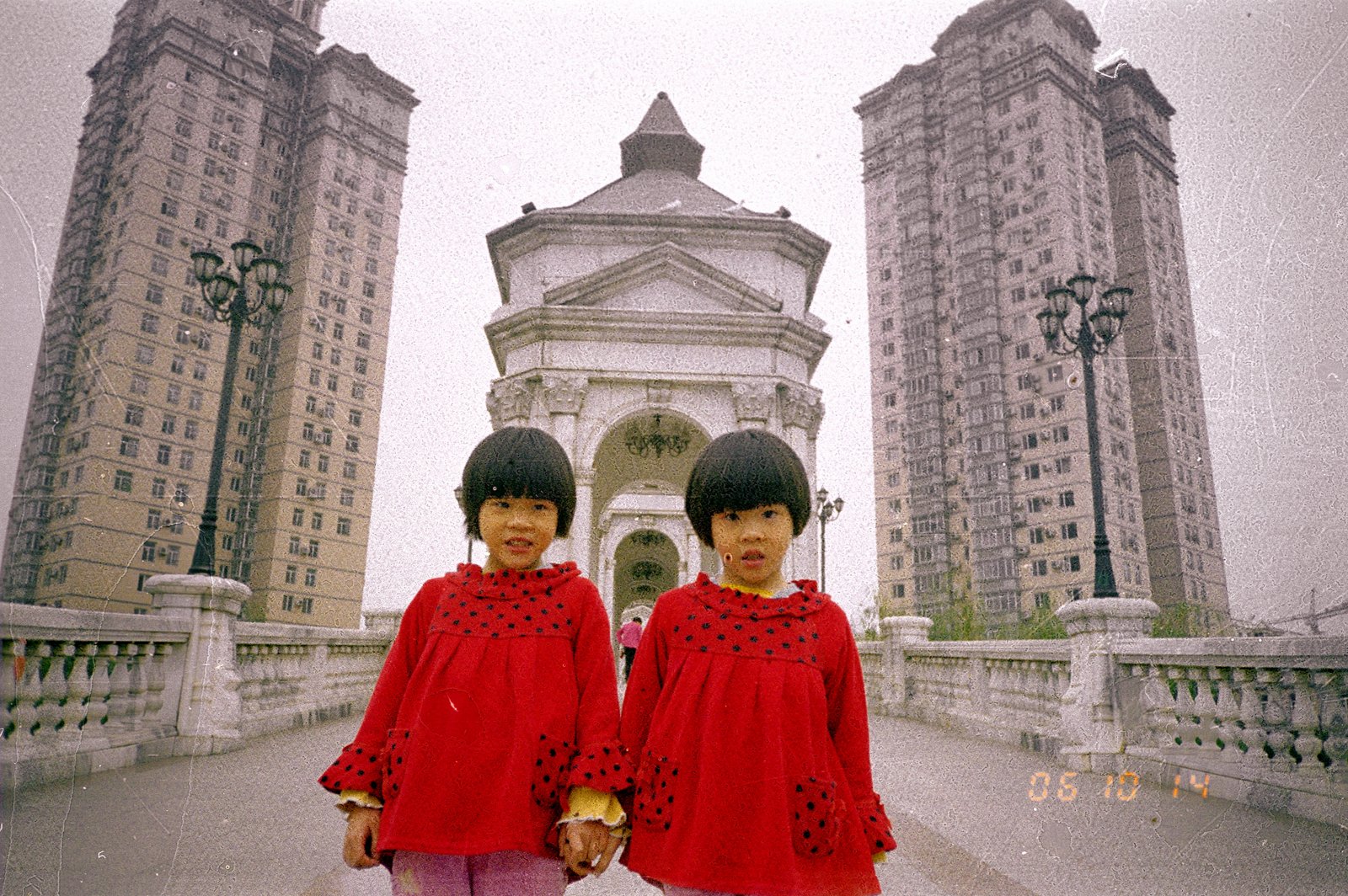 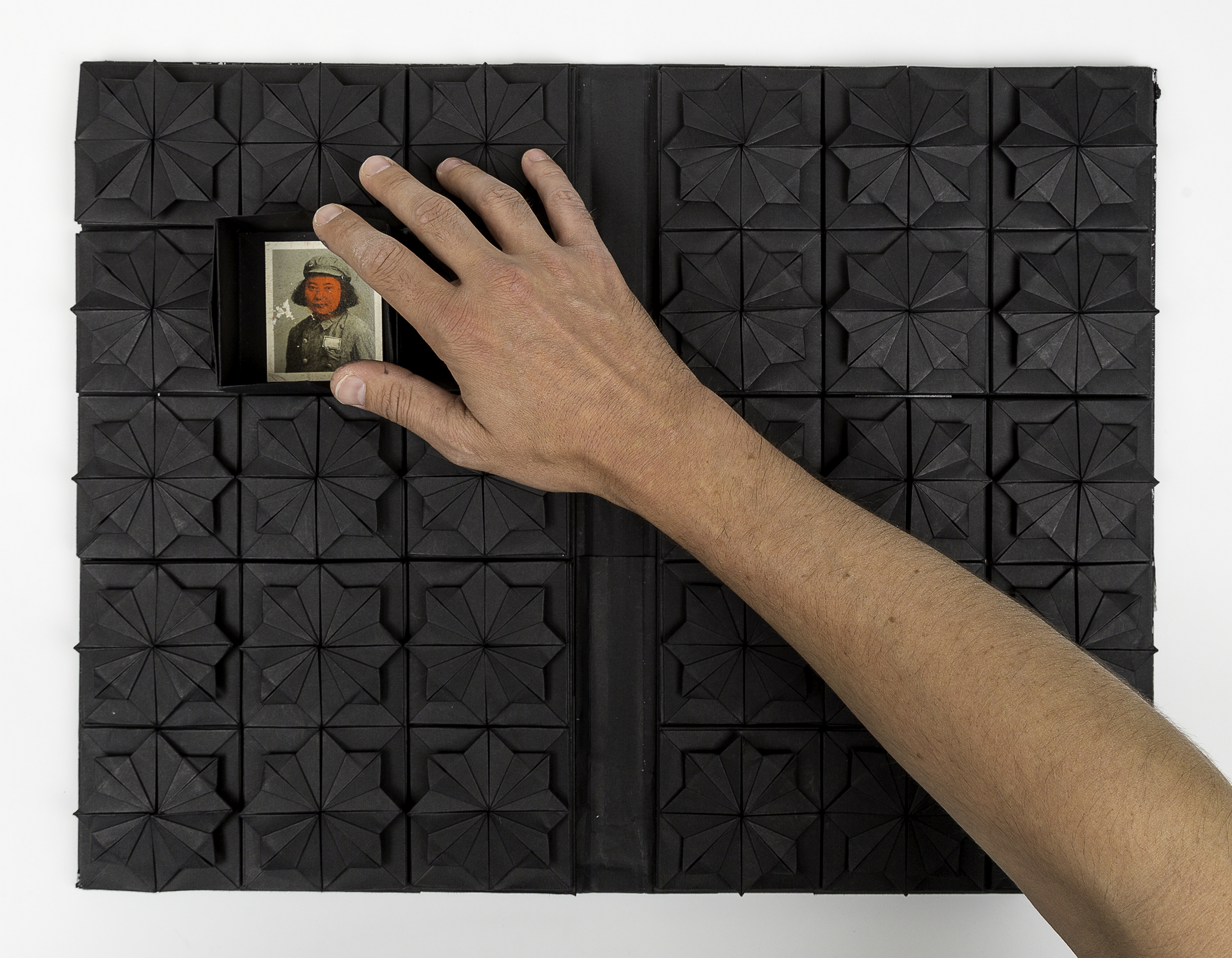 850,000 – that's how many negatives the French collector and publisher Thomas Sauvin has collected and processed. His impressive archive of photographs he found in China and the photo albums that collect the most interesting of his finds are on display at Synthesis Gallery. The exhibition Silver Mine will be on view until January 6. This is the second time his work is being shown Bulgaria after his participation in the Sofia Art Book Fair three years ago.

How did it all begin? Sauvin studied Chinese in high school and first visited the country as part of a student exchange program, then lived in Beijing between 2001 and 2015. His first foray into the field of found photography began in 2009, when he bought used film from a recycling center. 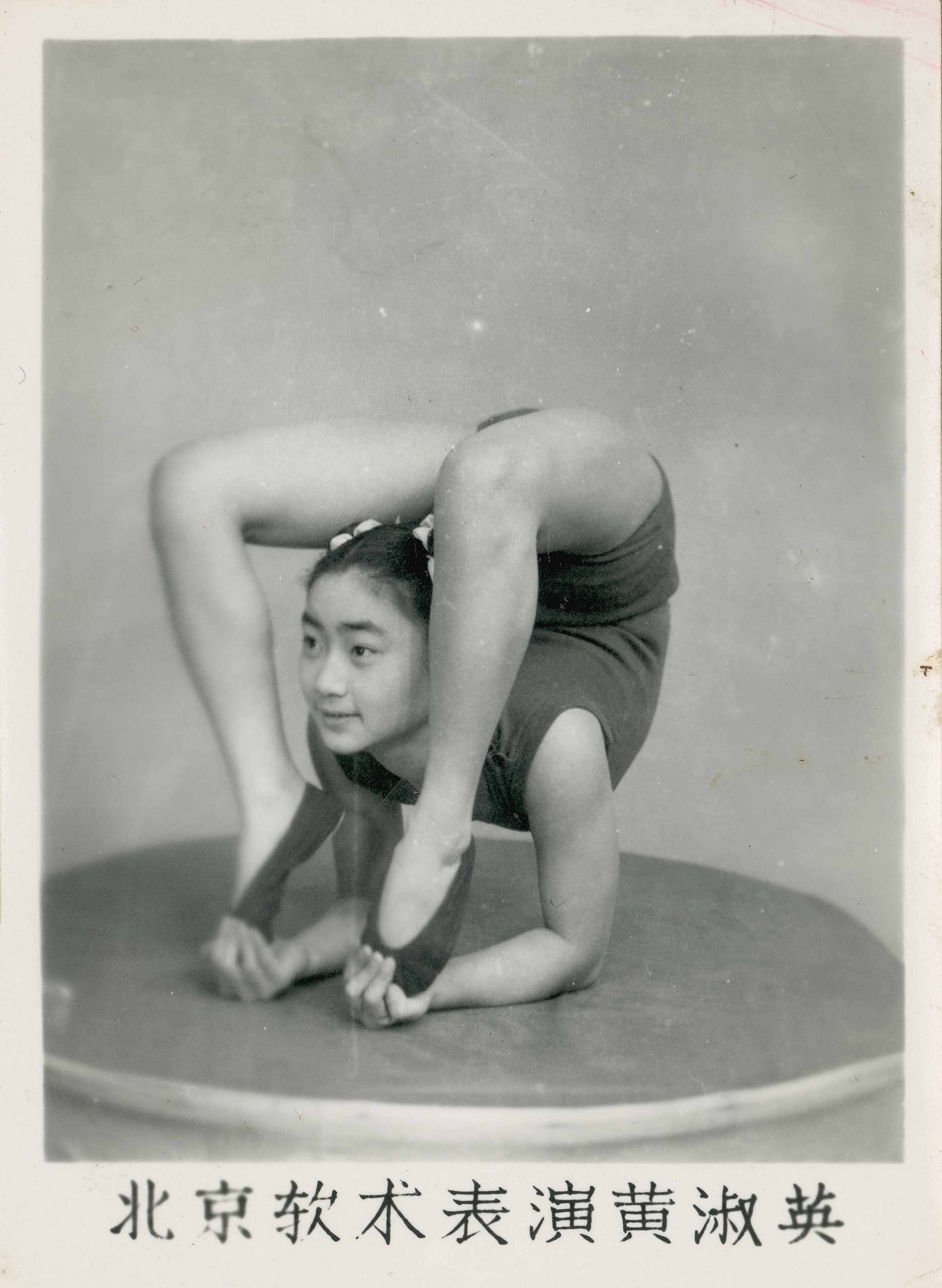 One of Thomas's favorite finds actually dates back to these very early stages of the project. "In 2010, I found a picture of a little girl posing next to a motorcycle in a small alley in Beijing. One day this same girl recognized her image when someone shared the photo on the Chinese social network Weibo. She contacted me and I later sent her everything I had from that roll of film. And she noticed something amazing: the thirty-six pictures on it were taken over a period of three years, so she could see herself at different stages of growing up. And the fact that her family used a single roll of film to capture important moments over such a long period of time speaks volumes about how our relationship to film photography has changed. ” 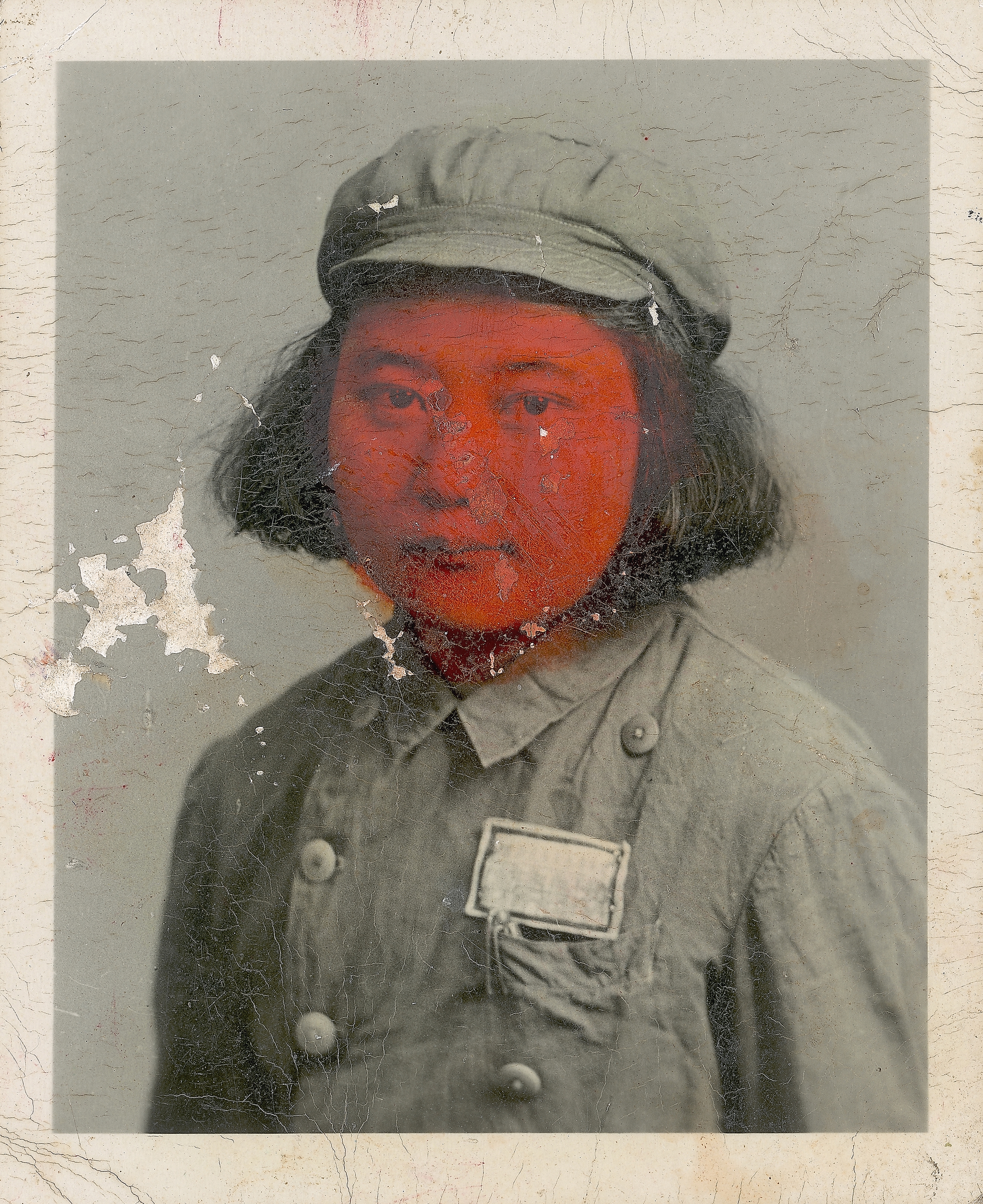 And can these accidental discoveries of everyday moments tell us about our relationship to historical and political events? "My archive focuses on the non-political side of life. On the other hand, everyday photography does not exclude historical events," says Sauvin, whose books are part of the permanent collections of Tate Modern in London and Georges Pompidou in Paris. "There are several examples of this in my collection – the return of Hong Kong from Britain to China on July 1, 1997 is reflected as many people took pictures next to the clock in Tiananmen Square in Beijing, which counted down the last hours until the event. I've also found rolls in which people film certain events during television broadcasts, such as the September 11, 2001 attacks in New York." 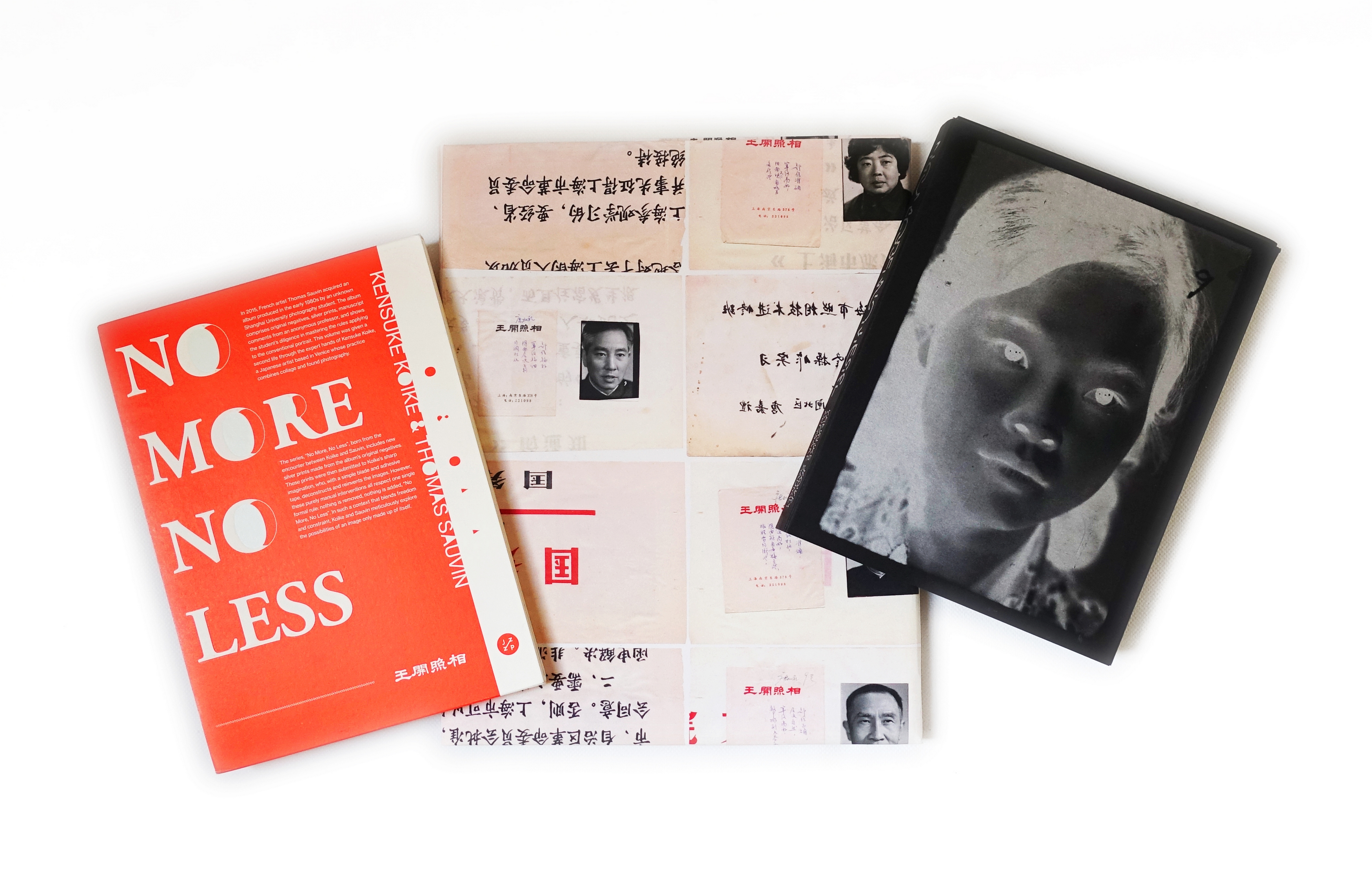 Thomas Sauvin's project is a very specific case, but we also have a Bulgarian example of a study of the recent past using photographic material left behind by previous generations. For five years now, Tihomir Stoyanov has been developing the Imaginary Archive and focusing on photography from 1925-1990. 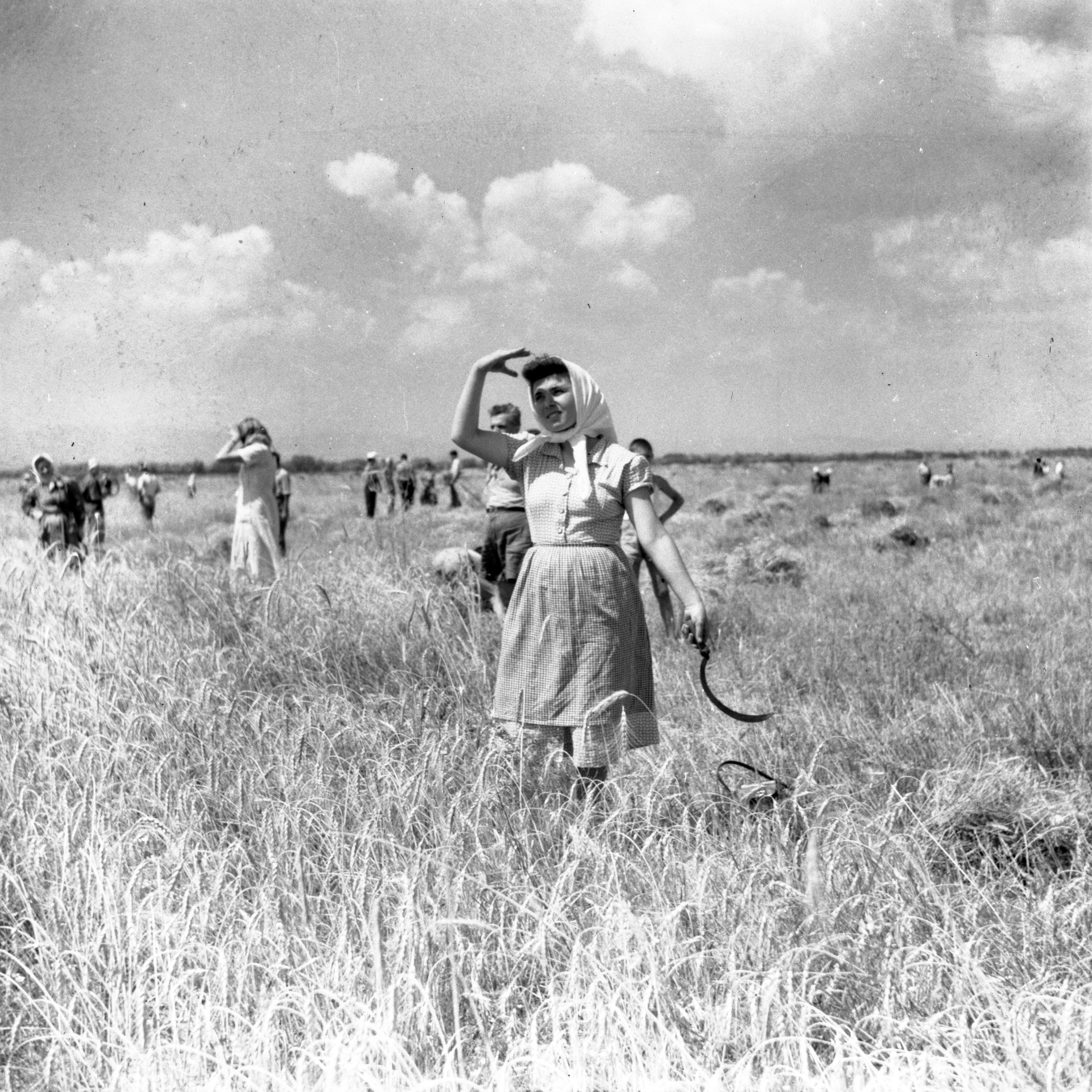 Two years ago, Stoyanov put together the exhibition The Stoyanov Familyin Gallery Synthesis; he presented thirty-seven archival photographs made between the 40s and 80s of the 20th century, which together create the history of an average family living in totalitarian Bulgaria.

"AfterThe Stoyanov Family, people started reaching out to me wanting to donate their personal, found, inherited archives, which I gladly accepted initially," says Tihomir. "Subsequently, I decided that something had to be done with them, there were too many to keep for myself alone, and I felt the burden of responsibility toward my donors."

Thus, rather than becoming the culmination of his project, the exhibition took the Imaginary Archive to a new level: Stoyanov is now ready to announce the initiative Bulgarian Visual Archive, the first digital archive of found and donated photography in the country. He hopes this platform will serve as an opportunity for a deeper dialogue about the country's recent past. The official opening of the project will take place online on November 13 and will be hosted by Gallery Synthesis. 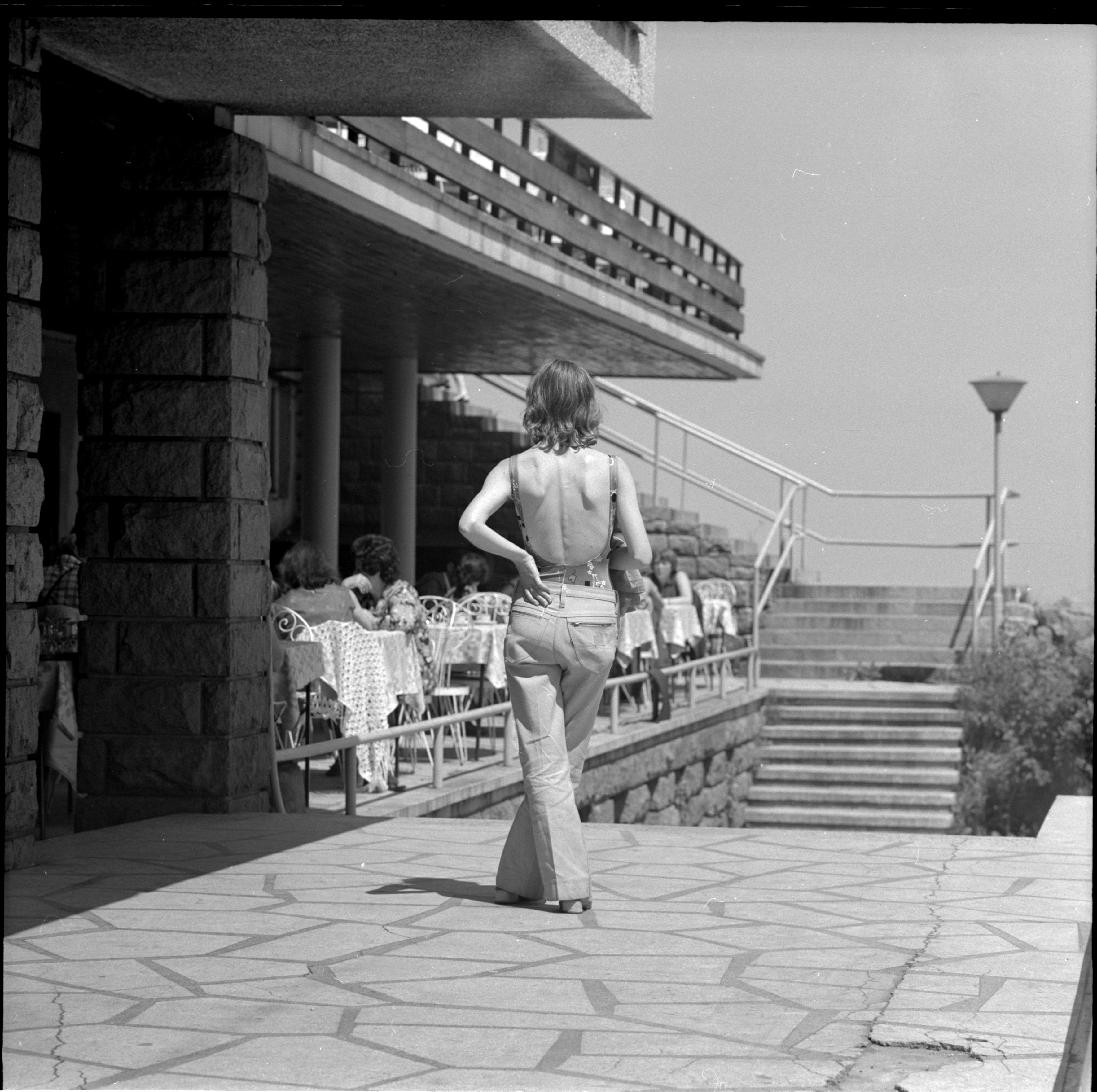 Stoyanov's partner in the Bulgarian Visual Archive is the photographer Johana Trayanova, who one day happened to send him the Hungarian website fortepan.hu, which constructs a parallel history of the country by collecting found photographs.

"I think that's when I felt a great desire for Bulgaria to have a digital archive of the twentieth century where you could view and download high resolution photography for free, with all the rights settled under the Creative Commons 4 license, all based on a community of donors and with descriptions provided by its users. We decided to apply for funding from the Sofia Culture Program. The third member of the team, Daniel Madzharov, the site's designer, joined us when we were researching offers for our site budget. We received approval for our funding and then our work began with selecting, dating, describing the photos and building the site of the Bulgarian Visual Archive."

Through the volunteering platform Time Heroes, Tihomir, Johana and Daniel found enthusiasts to work on dating and providing other specific details for the found photographs. "When we looked for historians and people who are able to date the pictures, we found several people with whom we managed to date about 1500 of the photos, but overall it is not an easy task. We orient ourselves by the location, clothing, celebrities, posters, calendars. I hope that after the site becomes active users will become involved in this process and together we will get more information about the photos, which is part of the idea of this project. We are still looking for specialists to join the team and help us.”

Photography books are the focus of the events organized by PUK!, a platform run by Tihomir Stoyanov, Rosen Kuzmanov and Nikola Mihov, which presents European authors and publishers who are not well-known in our country. 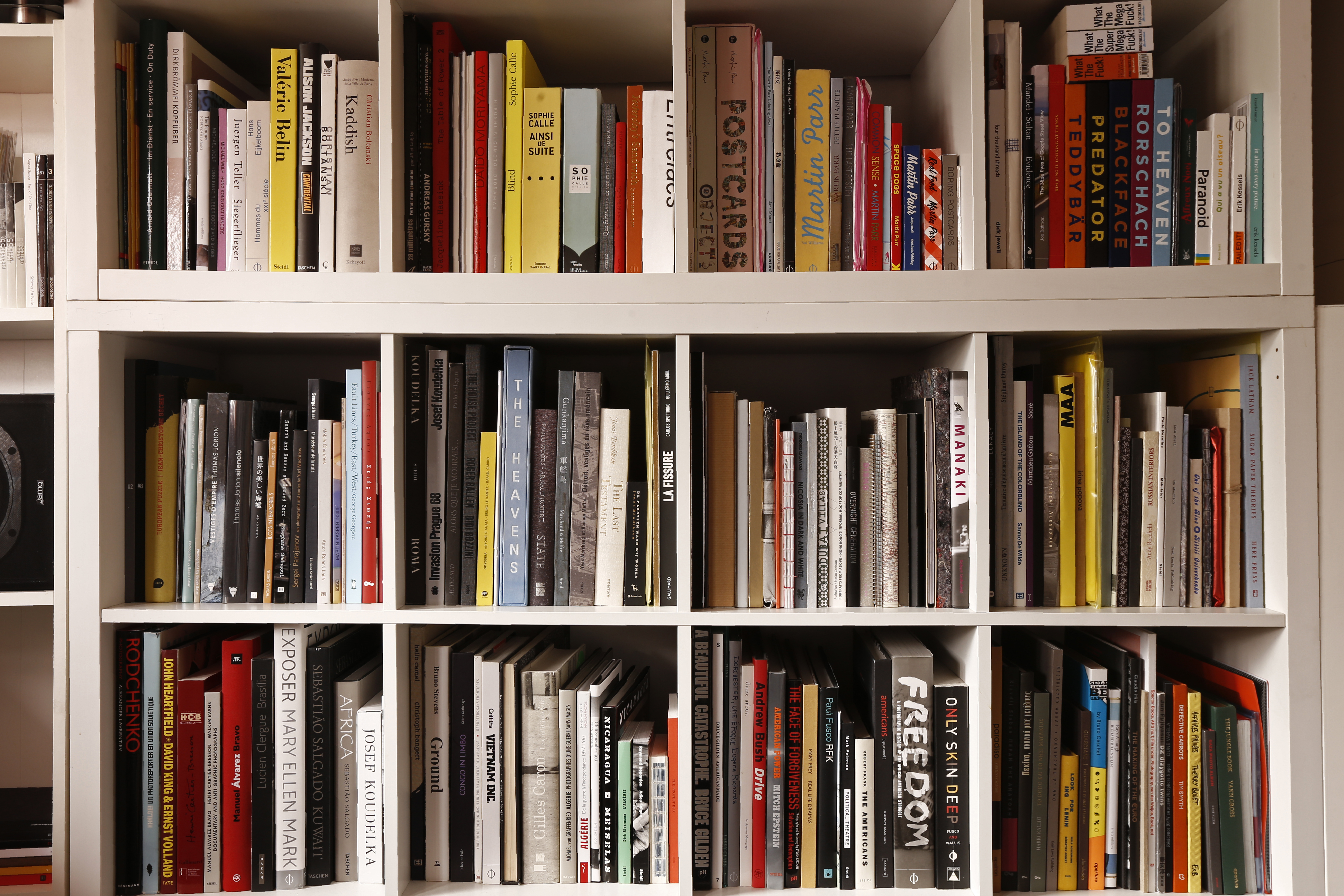 Mihov is among the people in Bulgaria who are most dedicated to this format. In 2017, he was one of the organizers of the Sofia Art Book Fair and was the main organizer behind Thomas Sauvin's visits. He started collecting photography books more concertedly after he published his now famous project Forget Your Pastin 2012, one of the few Bulgarian titles that can be seen in  specialized photography bookstores.

"I set out to distribute my book myself. That's how I came across all the specialized bookstores, started participating in festivals and exhibitions of photography books in different countries and over time became part of the growing community of artists, publishers and collectors of photography books." He currently owns more than 400 titles. He considers his collection a natural continuation of his work as a photographer and curator. 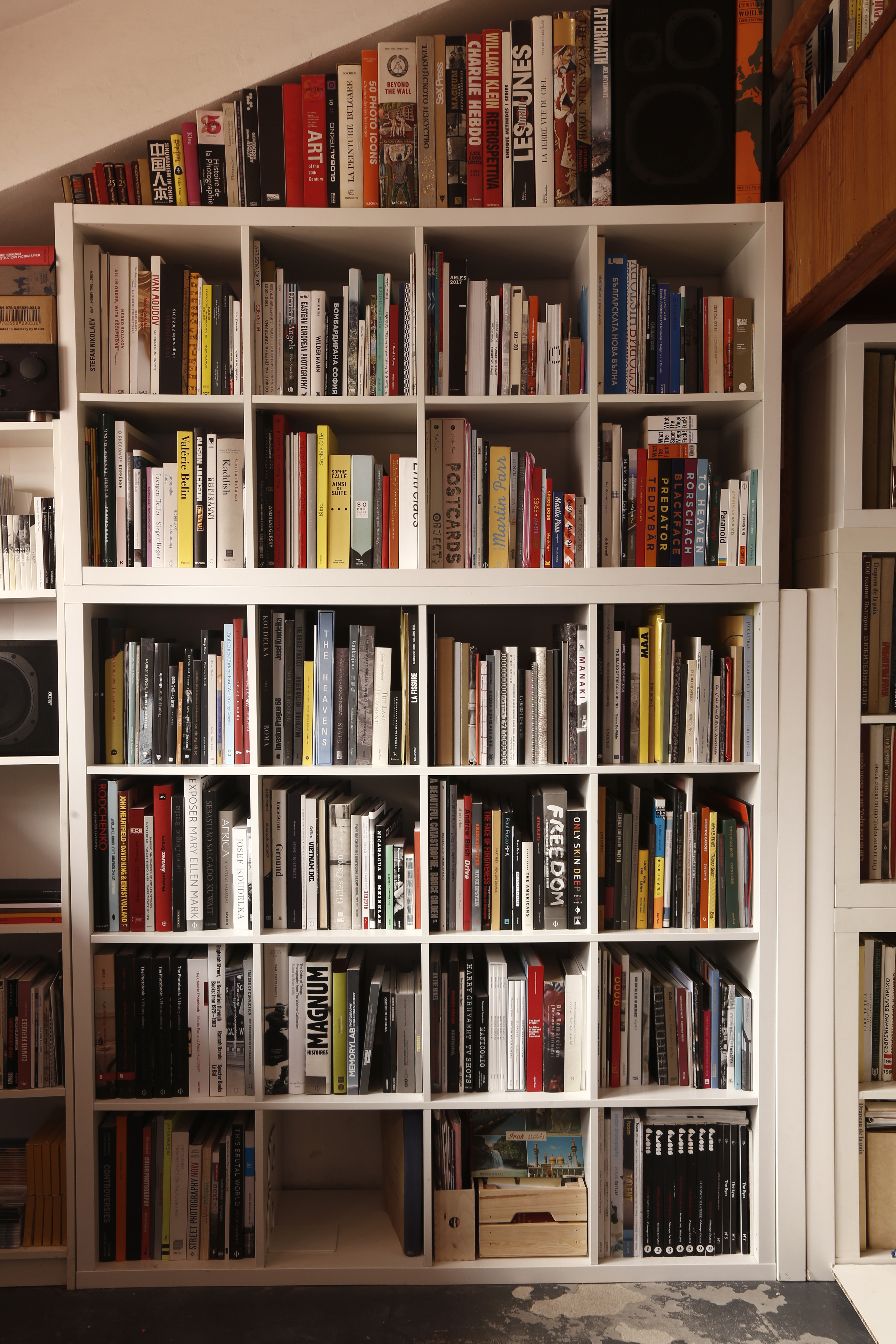 To a large extent, his love for this format dates back to the years he spent in France. “When I lived in Paris, I would spend endless hours browsing books about contemporary art and photography, mainly at the Palais de Tokyo bookstore and chain for rare and discounted books called Mona Lisait. I remember the moment I first came across Martin Parr's book Small World.” Synthesis Gallery, where Mihov is a curator along with Nadezhda Pavlova, presented Parr's photography and books earlier this year. 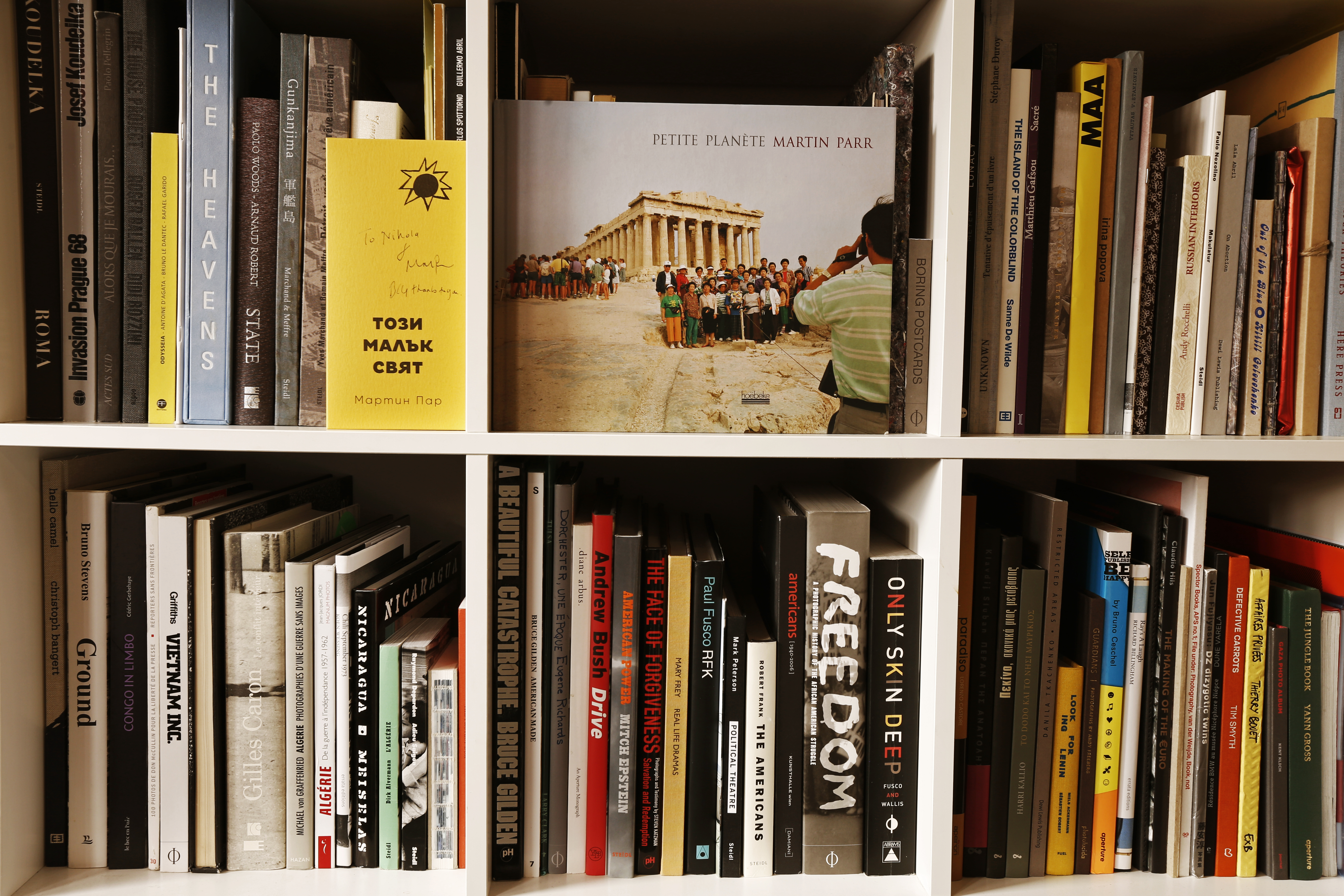 "This was one of the books that had a huge influence on me, it literally fired up my enthusiasm to collect. In addition to photography books, my collection includes zines and periodicals, propaganda books, book objects, books by contemporary artists and books for artists. Among the most valuable items are signed books by Martin Parr, Sophie Calle, Josef Kudelka, Paolo Pellegrin and Roger Ballen. The biggest part of my collection are books I have exchanged with other photographers. There are artists with whom I exchange books that we've worked on: Jean-Marie Donat, Jean-Christophe Béchet, Thomas Jorion, Vesselina Nikolaeva and Eugenia Maximova."