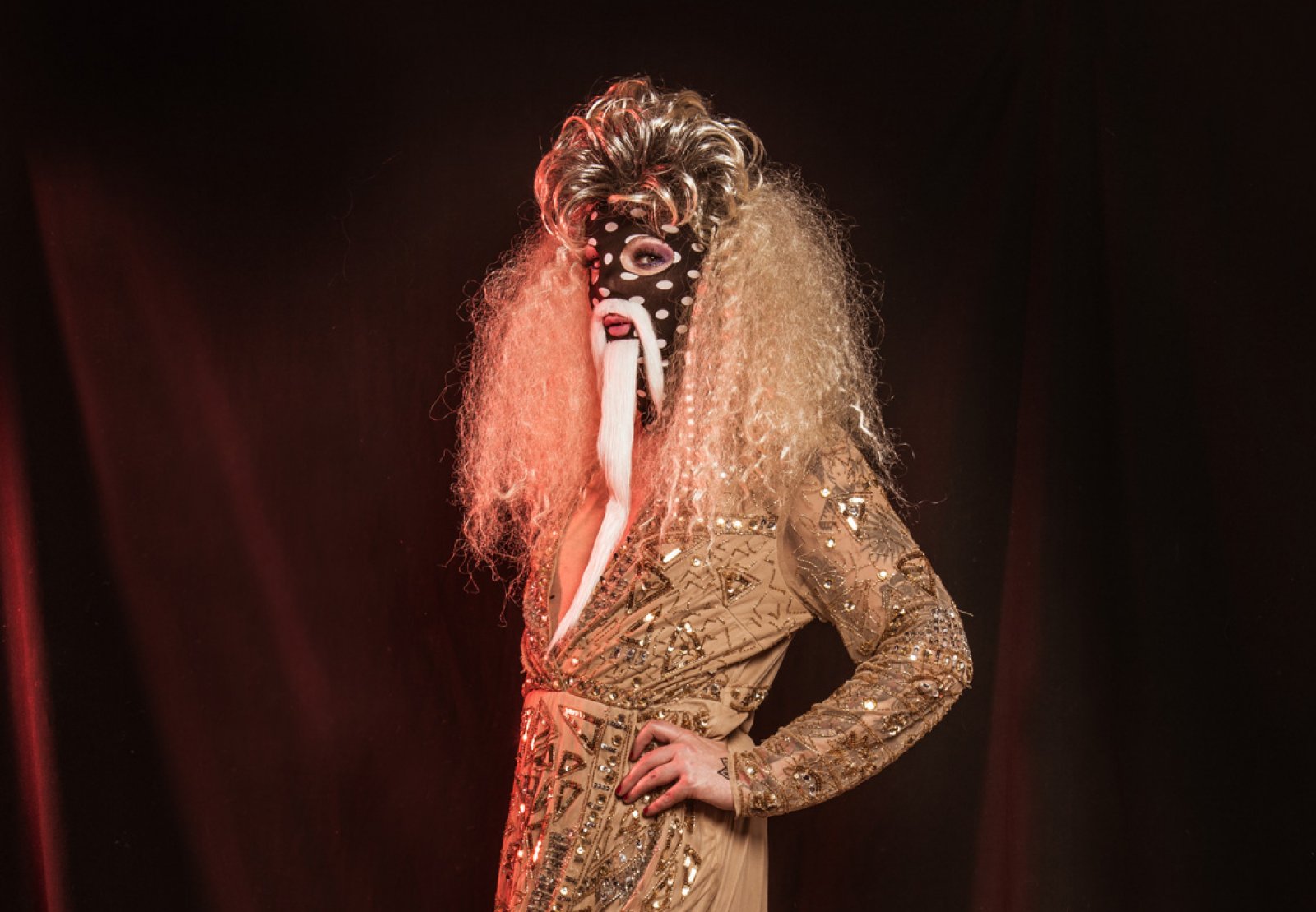 This year, the main activity of Sofia Queer Forum 2020 is the creation of an archive titled The History of Crossdressing, a project by Zgurovski and Boryana Rossa. It will be presented on December 28 as an exhibition, both in the gallery and online at dragbg.sofiaqueerforum.org, where the archive can be explored.

If he had to design a magazine cover to introduce himself, Yasen Zgurovski would be posing like the goddess of victory Nike, with wings, a laurel wreath on his head and a paint palette in his hand. He would be standing on a disco ball, and "Punk's Not Dead " would be written across his clothes. And all of this would appear in his favorite pop art and kitsch aesthetic. Over the years, he has been extremely active as an illustrator in print media, including the groundbreaking magazine Egoist, as the creator of more than ten solo exhibitions, and recently his alter ego Julieta Intergalactica has brought much joy and pleasure to music club goers. This year, the main activity of Sofia Queer Forum 2020 is the creation of an archive titled The History of Crossdressing, a project by Zgurovski and Boryana Rossa. It will be presented on December 28 as an exhibition, both in the gallery and online at dragbg.sofiaqueerforum.org, where the archive can be explored. This will serve as the official opening of the forum, which will last until May 2021.

Sofia Queer Forum 2020 is dedicated to the drag performances of the 90s. Why is this topic relevant today?

Today, drag artists are very popular not just worldwide but also on in Bulgaria. It is interesting to look back on how it all started, where it came from and what its trajectory has been so far. The mid-90s period, when the phenomenon was completely new to Bulgaria, is not well-known to modern audiences. Together with artist Boryana Rossa, my co-curator for Sofia Queer Forum 2020, we are setting up a documentary archive, it will grow over time, and it will be useful in the future from a historical and cultural perspective.

What are the main highlights of the program and how will this edition surprise the audience?

We start with an opening exhibition at Struktura Gallery, which will look at the stories of some of the pioneers of Bulgarian drag. Media star Elsa Parini, organizer and host of the first drag show in Bulgaria, active at seaside resorts and around the country since the early 90s. Miss Bonnie, who started performing long before the iconic mix club Spartacus opened, and then became one of its brightest stars. The legendary Ursula, Miss Julieta (Julieta Intergalactica), Sherry Sheridan. We also included representatives of the new club and ballroom scene: Jennifer Benediction, Enigma Chadelle and others. The program then continues through May 2021 with meetings and discussions with theater directors and artists working in other genres who have been influenced by the club culture of the 90s. Among them are Vazkresia Viharova and Ani Vaseva, Mariela Gemisheva, Leonid Yovchev. There will be parties and performances. The surprises we have to offer are the very interesting stories of the participants in this project about this lesser-known period. 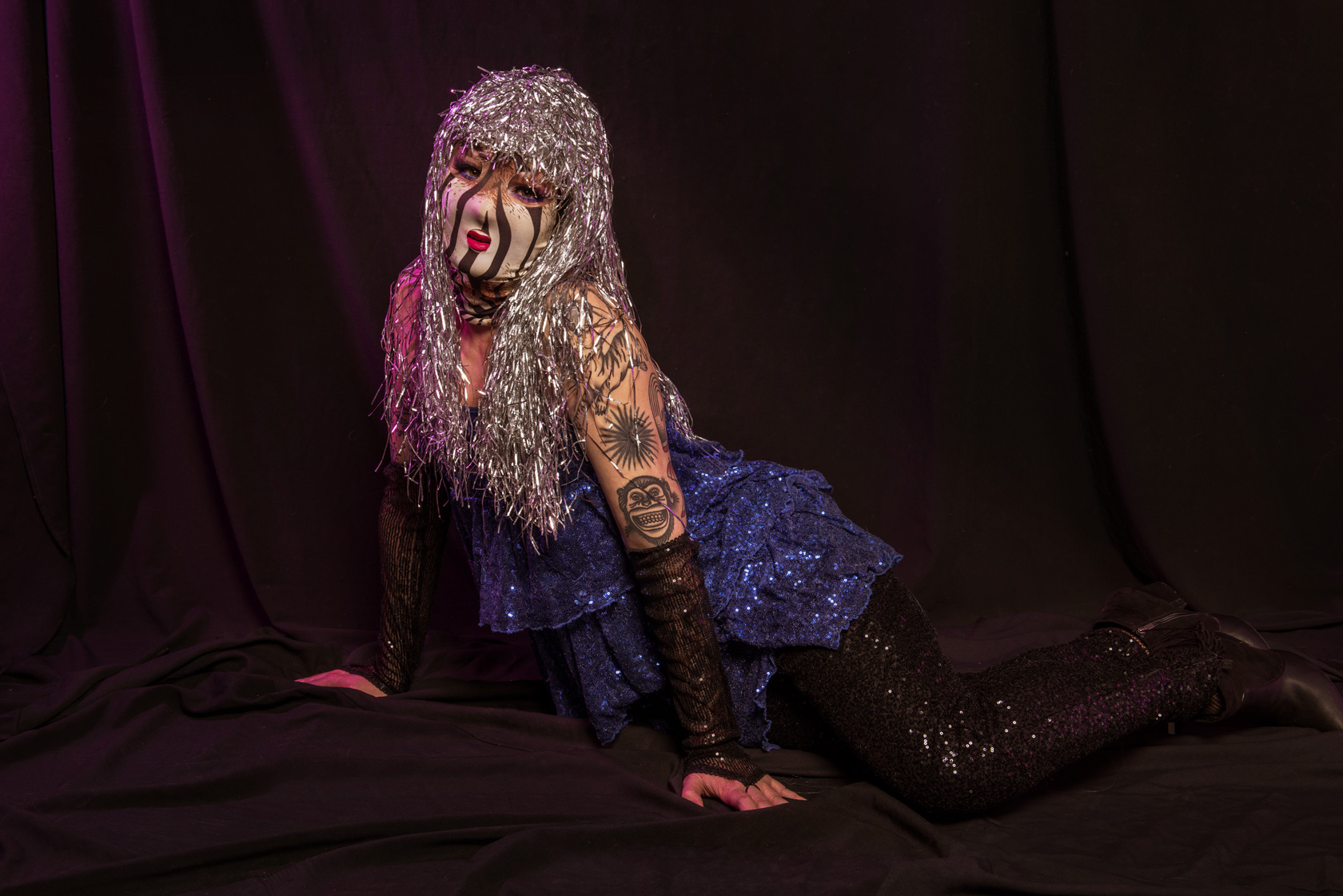 What are the characteristics of drag culture in Bulgaria since the late 90s?

When this culture first emerged, it didn't imitate the Western scene and wasn't influenced by it. Right now you can find countless makeup lessons online, you can easily buy a wig, shoes in large sizes, an extravagant outfit. This was not available back then, and queens had to rely on their own creativity. This gave us a strict individuality – we were homegrown diamonds in the crown of Bulgarian popular culture. The new (at the time) phenomenon was accepted very easily, it quickly aroused interest and admiration. When the new Bulgarian pop wave, lifestyle magazines and music television first appeared, drag performers had star status.

How did drag culture influence the development of culture and art then, and where can we find its influences today?

The overexposure of images, the glamorous theatrical vision, the characteristic sarcasm and playfulness of the performances inspired many artists in the 90s. Examples include the dancers from the first parties at Metropolis, the fashion shows of Aries Unikat and Kristina Avangard, Lilia Abadjieva's productions at the National Theater. Around the turn of the millennium, we get Ivo Dimchev's provocative character Lily Handel, the industrial band Shemale Zero, the pop-folk diva Azis. Today, drag inspires artists and photographers such as Kristian Chalakov, Lubri, Mikhail Vuchkov. Drag-inspired makeup, hair and styling are now commonplace on the catwalk and in the music industry. More and more often we see queens as guests on TV shows...

How did the scene develop over the last twenty years?

In recent years, the drag scene has undergone a renaissance. Many new stars have appeared. We see them on different platforms outside the club scene, there are Instagram queens, who mainly present themselves using photo shoots, YouTube vloggers, who give advice on makeup and styling. Ballroom culture, characterized by lavish catwalks and vogueing, became more popular. Drag is gaining mass popularity and more and more people have become acquainted with its essence as an artform. 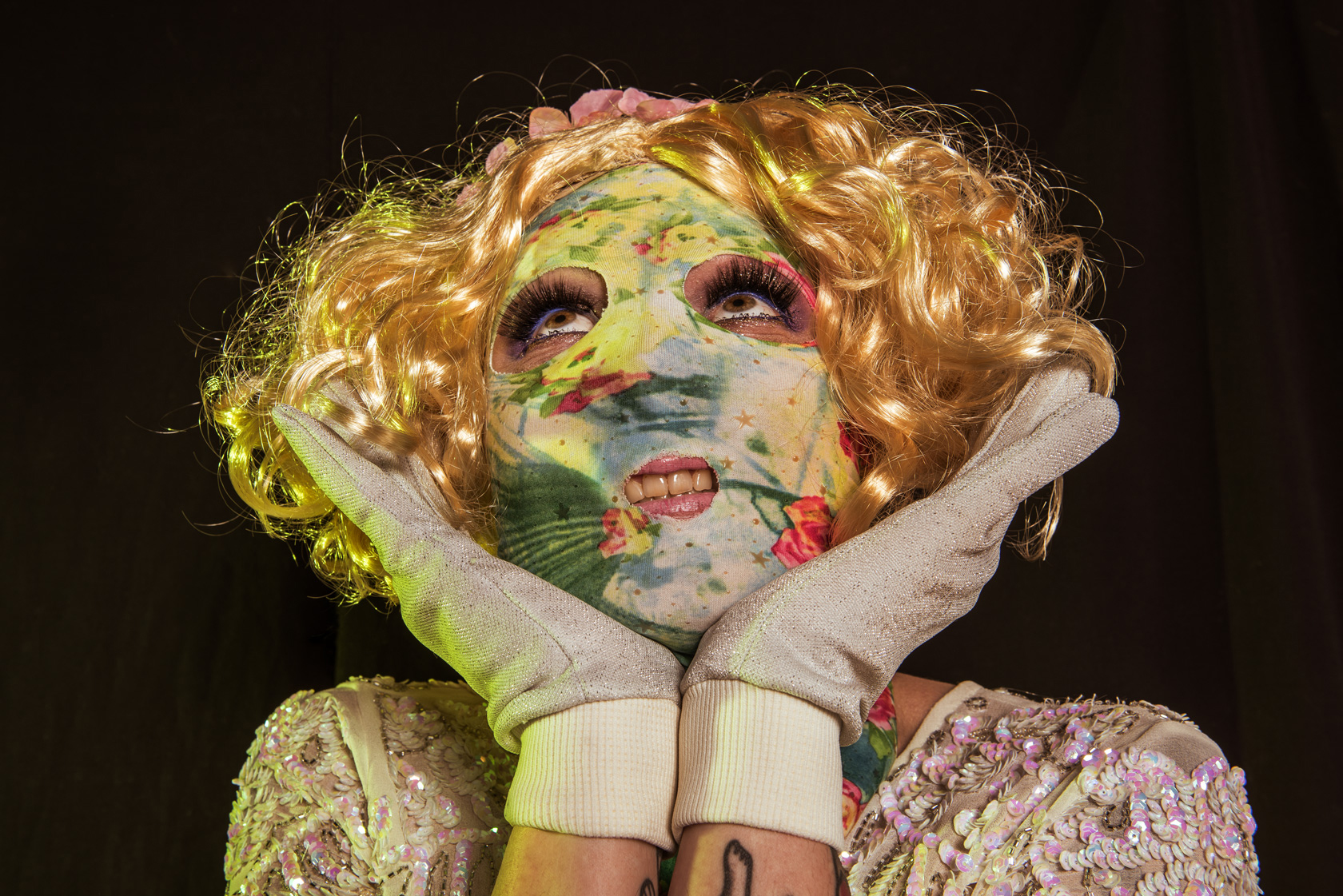 Those years influenced the creation of Julieta Intergalactica.

Julieta Intergalactica is a continuation of Miss Julieta, my character from Spartacus in Sofia and Oscar Wilde in Varna. When I devoted myself entirely to painting, I put an end to my variety show performances. Julieta remained in the past until I fell in love with music and returned to the scene in an upgraded version, now Intergalactica. It was easy to start my new gig as a DJ because I had so much stage experience and knew that I had the charisma to do it.

It's very exciting, in both cases there is stage fright involved. Unlike a solo exhibition, preparing the Sofia Queer Forum involves travel, meetings, writing texts, many emails, photos, teamwork and a bunch of details. DJing is relatively less arduous and more fun, there is listening to and selecting music, flyer design, picking a costume and decorating the club. In both cases, you are responsible for bringing about a positive exchange of energy when meeting your audience. It feels like conducting a symphony orchestra. And the feeling of setting the tone for a party and lifting the mood of a crowd of people is incredible.