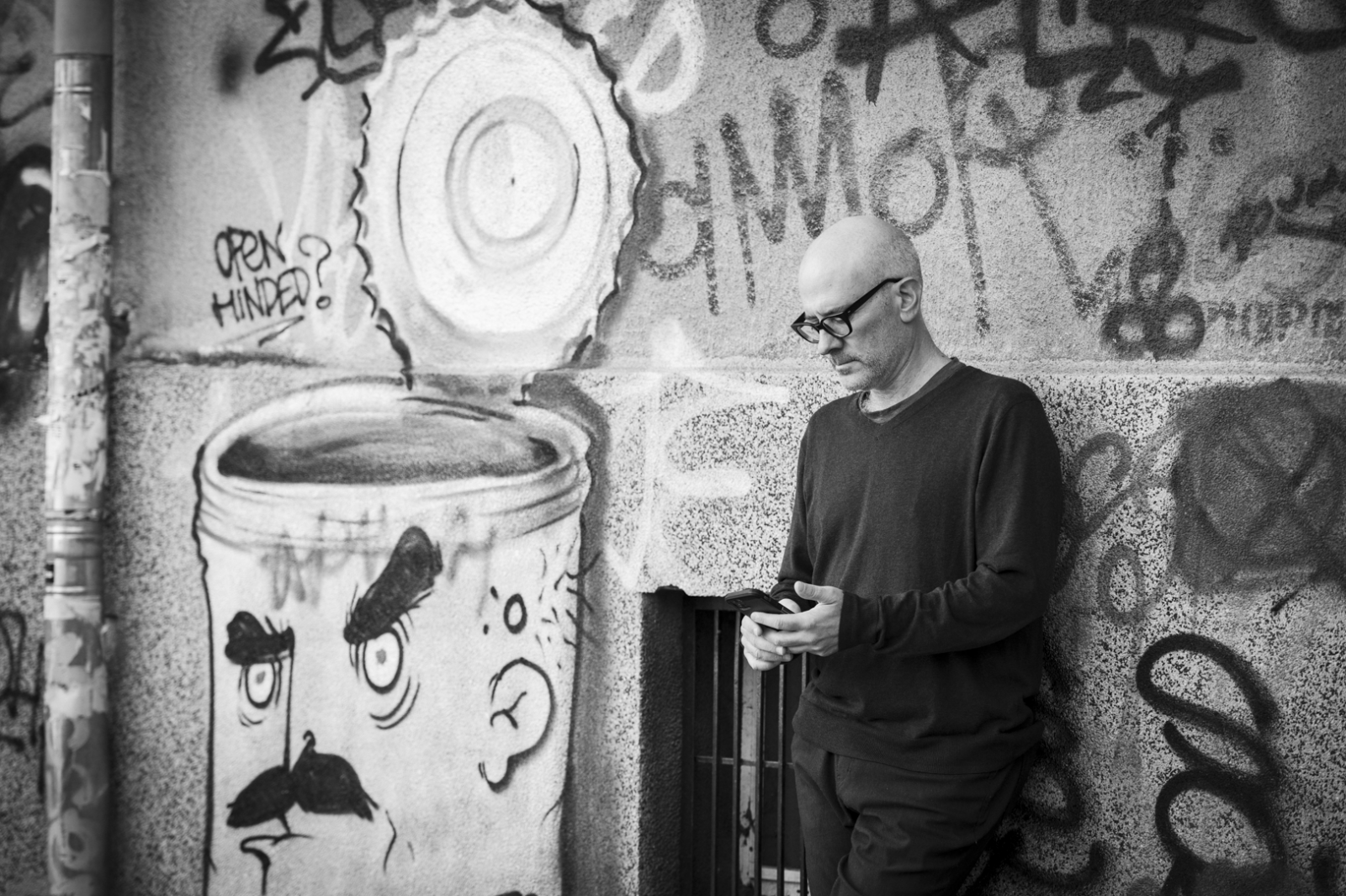 What are they really telling us with their misinformation?

Matthew Brunwasser, an American journalist with connections to Bulgaria, analyzes how political thought and engagement is changing in our country, and what the lack of media literacy says about our society

Matthew Brunwasser was born in San Francisco. The first election he remembers was in 1980, when Reagan replaced Jimmy Carter in the White House. Brunwasser moved to Bulgaria in 1995; now, in 2022, we spoke (in Bulgarian) about his many years of experience with the never-ending contradictions in our country.

In the mid-1990s, Matthew Brunwasser was a student covering political events in a country he knew nothing about, struggling to grasp the nuances of the situation. Back then, the government of Zhan Videnov was in power, the BSP had overturned the UDF’s reforms, and Bulgaria was about to be hit with hyperinflation, the so-called "Videnov winter," and a wave of protests. Brunwasser was drawn to what he didn’t understand. "Other American journalists were going to Prague to drink beer with other Americans and complain that nobody in the U.S. understood them."

In those years, he worked for some of the first English-language publications in our country: the short-lived Bulgaria Daily Chronicle, The Inside Magazine and The Sofia Independent. In the 2000s, he was a correspondent for several radio news services, including The World, and lived in Istanbul for a while.

What political or cultural aspects of our country did he initially find shocking? Today, foreigners in Bulgaria are typically asked "What are you doing here?" In the mid-90s, the people he met had very specific assumptions about what Matthew was looking for: "When I said I was American, the follow-up question was, 'What church are you from?'. There were a lot of missionaries back then. When a population is poor and desperate, it is always attractive to these organizations and sects. Bulgaria was something like a supermarket of souls." 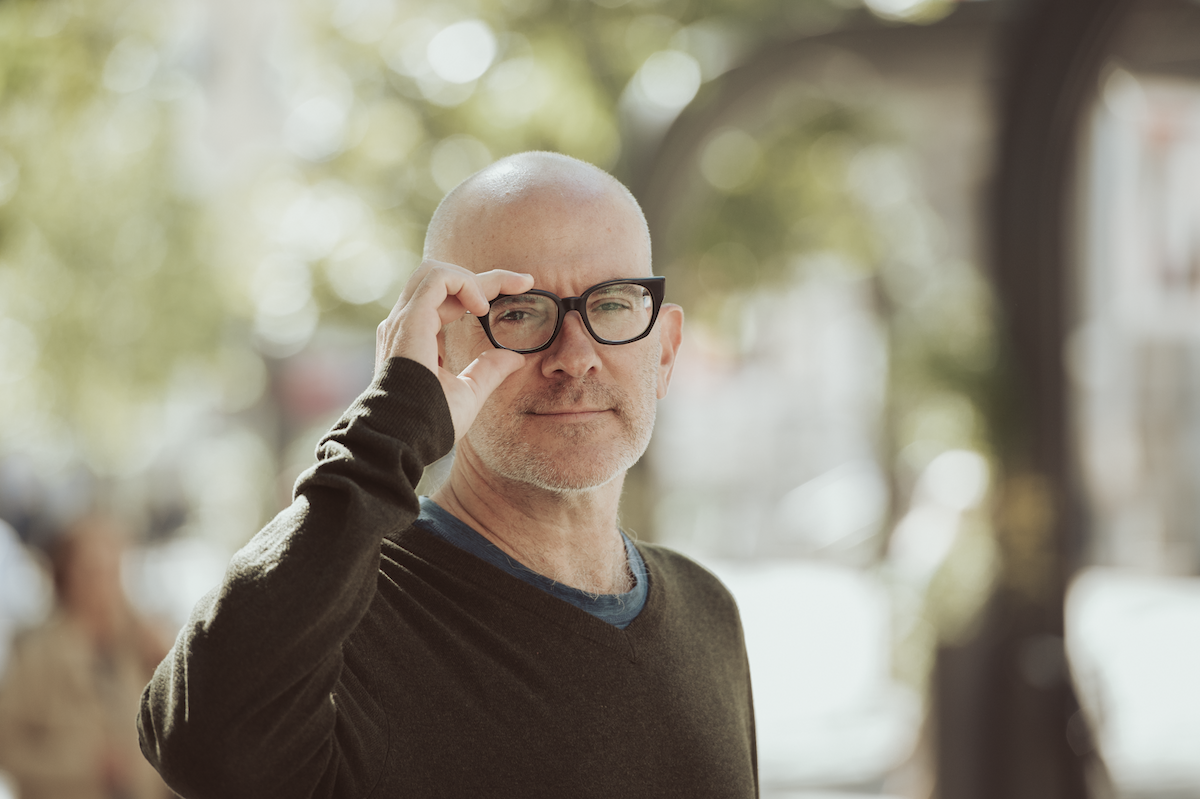 As for politics: "I don't know if it’s important, or a particularly deep insight, but in the 90s it struck me that, with the exception of Stefan Sofianski, politicians never smiled. In the U.S., people want politicians to be pleasant, welcoming. This was not the case in Bulgaria. Maybe because no one had experience with democratic governance and how it really works."

This lack of experience was reflected in the media as well. "Many people back then seemed to interpret freedom of speech as freedom from fact-checking. There were items in the newspapers that were just rumors.”

Bulgaria became an integral part of his life, and has been his permanent residence for years at a time ever since. But he also covers events elsewhere in the Balkans, as well as in Turkey and the Middle East. He has written extensively about the political upheavals in Serbia and Albania for the New York Times, and by the time you read this he will be in Sarajevo for the elections in Bosnia and Herzegovina, which coincide with those in Bulgaria.

To truly immerse himself in the local environment he first learned Bulgarian, and his mastery of the language gives him a huge advantage in trying to decode the chaos in our country. "There is no way to communicate with people in any country if you don't speak the language. Maybe today people here know more English than they did in the 90s, but I can never be sure - I have always talked to them in Bulgarian." 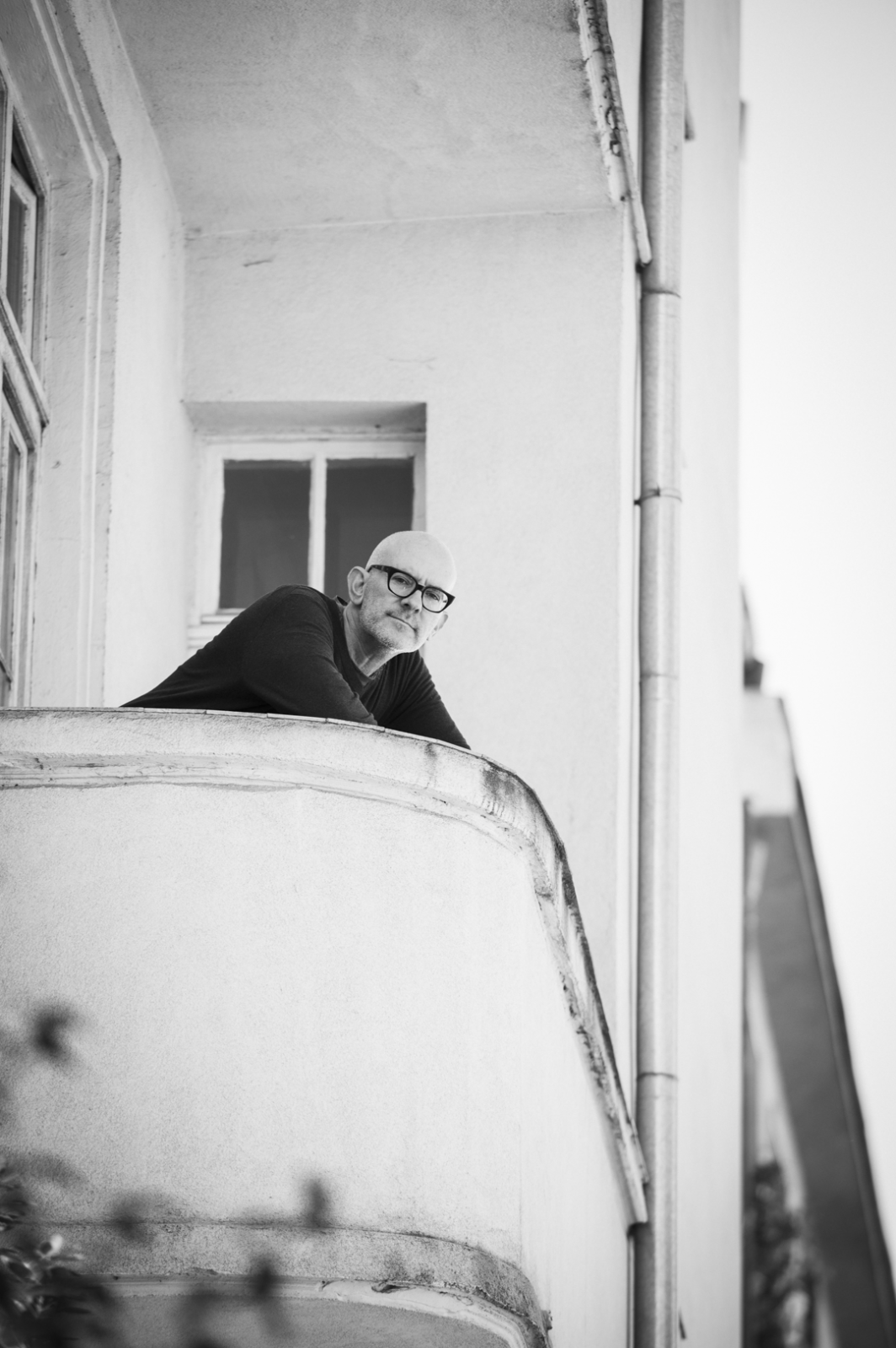 Matthew sees the financial crisis of 2008 as another watershed moment, when one type of publisher was replaced by another type, and the media became controlled by certain interests.

Over the past year, he has helped launch the first fact-checking platform in our country, Factcheck.bg. Matthew avoids the term "fake news" because he thinks it's too vague. Instead, the platform divides controversial posts into two categories: misinformation which is partially or completely compromised because the posts aren’t fully verified, and disinformation which is intentionally wrong or misleading, such as posts that aim to portray a group or individual in a certain light without corroborating evidence.

Although numerous investigations, both local and international, have failed to establish a direct financial link between the Kremlin and Bulgarian media and public figures, according to Brunwasser, Russian propaganda is transmitted in an identical way in Eastern Europe and in the U.S.

"The amount of poison in the information flow is the same everywhere, but in Bulgaria it’s compounded by the low level of journalism, lack of media literacy, and captured institutions. The poor market is another factor: there’s no money for real journalism, and affects the media sphere. But it’s not just the clash between the government and the media – the reasons lie deeper in the social structure. It seems to me that there is a lack of social cohesion in Bulgaria, people don’t trust each other. This kind of alienation leads to people mistrusting everything around them.”

Every public crisis, and the conflicting information surrounding it, has fallen through these gaps, especially anything relating to the Covid pandemic and the war in Ukraine. According to Matthew, some ideas––from conspiracy theories to nationalist sentiments––spread so easily  that politicians are bound to use them. 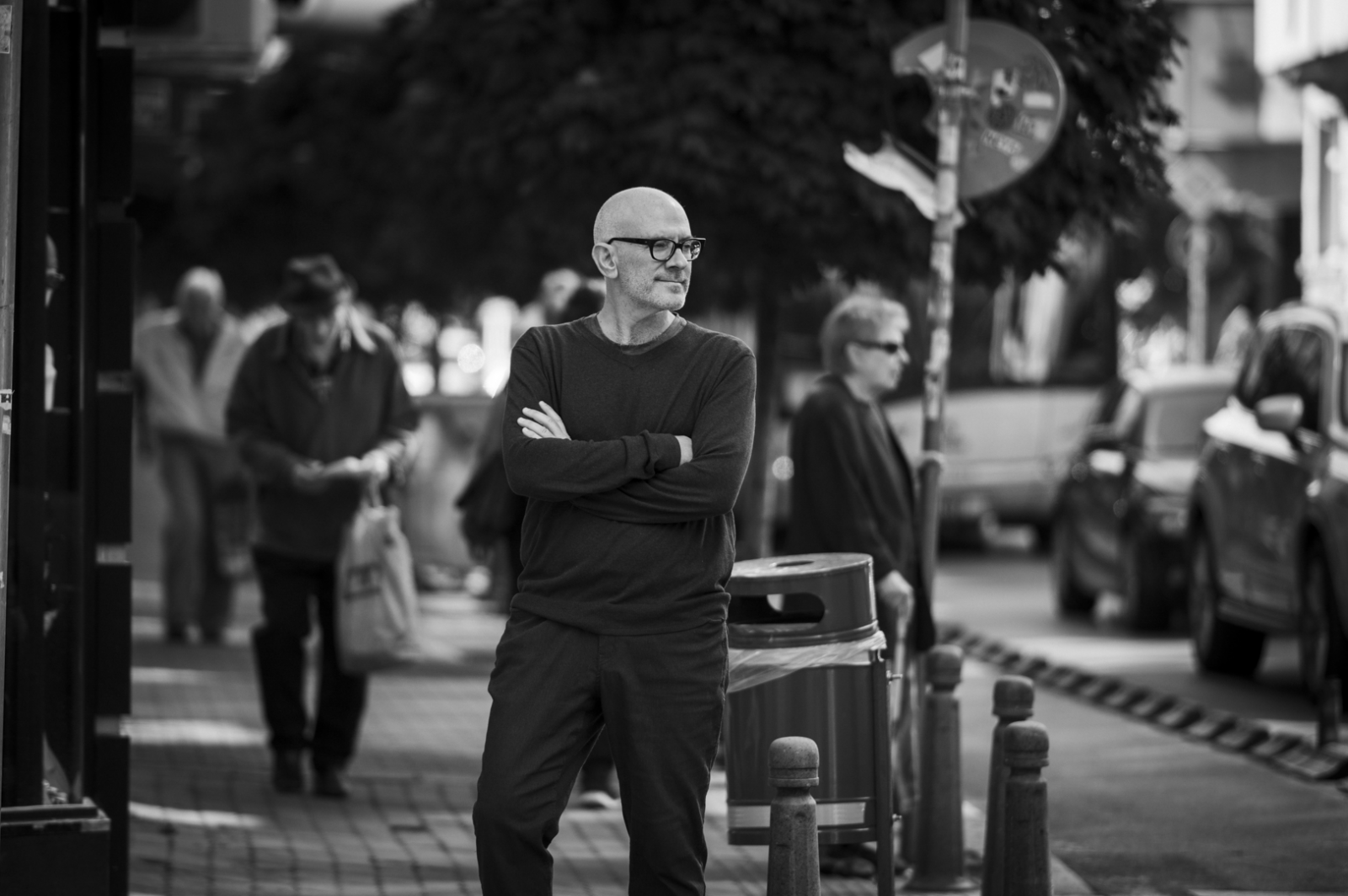 As an example, he cites the extraordinary social media coverage of Vazrazhdane leader Kostadin Kostadinov, and how everything he posts and does generates an emotional response. "You don't have to invest a lot of resources to get results among people who are emotionally vulnerable. It's an easy play for this type of politician.'' The mistakes Matthew makes when speaking Bulgarian ring quite true: for instance, he calls trolls and people who spread false information “actors.”

On the other hand, Matthew has noticed that the pandemic and war have made certain readers far more careful and responsible in the information they read and share. He defines this as "organic growth on the level of demand."

He divides readers and viewers into three groups: those who are entirely open to conspiracies and misinformation; those who are indecisive and tend to change positions; and those with higher media literacy. "The bubble, so to speak."

How does Bulgaria seem to him now, on the eve of the fourth consecutive parliamentary elections, with a possible fifth election on the horizon in 2023? According to him, we should not make unnecessary predictions, since no one right now can predict the future for more than a week at a time. He also notes a lack of any vision as to what Russia might look like after Putin, though a profound change in Moscow would naturally lead to changes for the entire region. 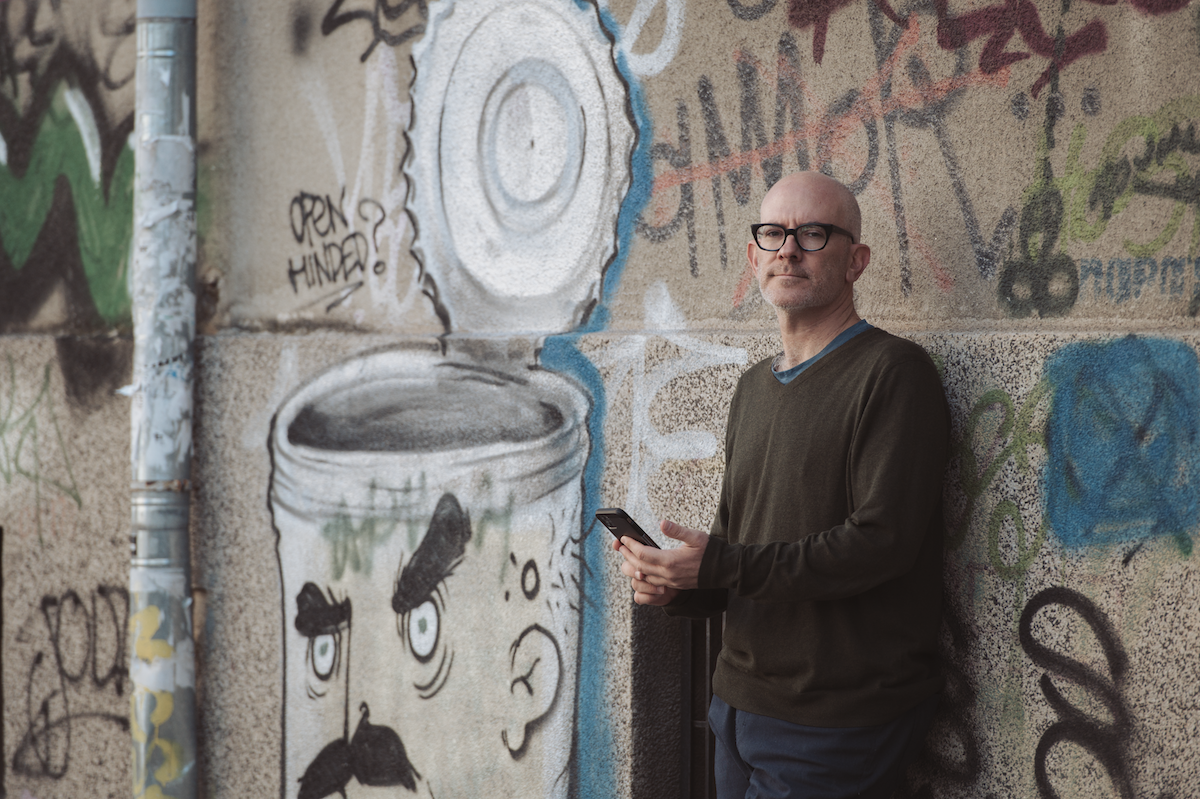 According to Matthew, every country has to live with its own myths, but in Bulgaria there’s a lot of rhetoric around the idea that the country is not capable of anything, that progress is impossible. In a clash between a macho leader (like GERB’s Boyko Borisov) and a successful optimist returning to our country with a mission (embodied by Kiril Petkov from We Continue the Change), the population always identifies with the former, while the latter raises suspicions and questions.

"Politicians take advantage of this negativity and fatalism. I will paraphrase Rebecca Solnit, who once wrote that hope is not when you think things will get better, but when you know that doing something is better than doing nothing. The situation slowly improves over time, which makes the positive differences hard to notice."

For the past eight months, under the Fulbright program, Matthew Brunwasser has been part of the team at Factcheck.bg, the only data verification platform in our country. The project was launched in the spring of 2021 as an initiative of the Association of European Journalists - Bulgaria (AEJ). On September 5, the platform became part of the International Fact-Checking Network (IFCN) of the Poynter Institute for Media Research in the U.S. Among the recent topics addressed by the team are whether there could be referendums on reviewing Bulgaria's membership in the Eurozone, EU and NATO (a topic mainly associated with the campaign speeches of the far-right and pro-Russian Revival party), whether it is true that the European

***
For the past eight months, under the Fulbright program, Matthew Brunwasser has been part of the team at Factcheck.bg.the only data verification platform in our country. The project was launched in the spring of 2021 as an initiative of the Association of European Journalists - Bulgaria (AEJ). On September 5, the platform became part of the International Fact-Checking Network (IFCN) of the Poynter Institute for Media Research in the U.S. Among the recent topics addressed by the team are whether there could be referendums on reviewing Bulgaria's membership in the Eurozone, EU and NATO (a topic mainly associated with the campaign speeches of the far-right and pro-Russian Revival party), whether it is true that the European Union has recognized nuclear energy as "green," and a story about a German journalist under investigation by the prosecutor's office for disinformation about the war in Ukraine. 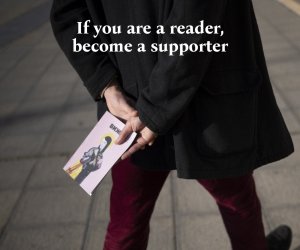 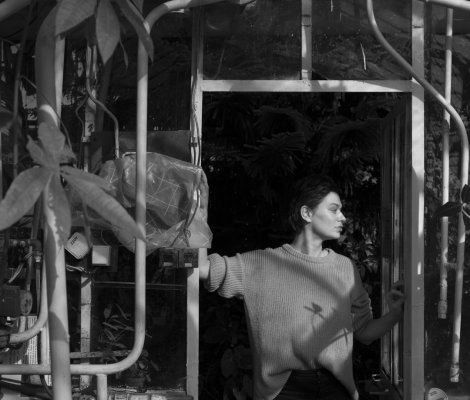 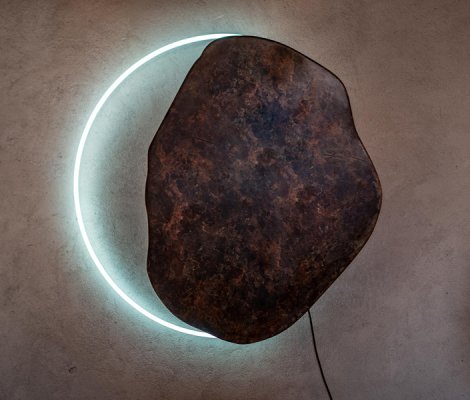