There is urban agriculture in Bulgaria, but it needs institutional support to develop

“Freedom.” This is one of the first words out of Nikola Bonchev’s mouth as he takes us around the zaDruzhba community garden and proudly shows us the fruits of his labor in this heavenly spot, nestled in the woods of the Druzhba 2 district. Nikola has been passionate about this idea since he was a history student in Vienna, and when he returned to Bulgaria in 2011, he immediately embarked on this venture. He and a friend started a community garden in the Nadezhda district, which was closed after just one season, then a second one that fared no better. Not only did the local government refuse to support them, it was actively against the idea. Things started looking up when Hrankoop contacted them to say that ME Pazari Yug had a plot of land in the Druzhba district that they didn’t know what to do with...

And so, in 2015, the zaDruzhba community garden was born. Then, in its third year of existence, Nikola decided to divide it into individual plots. “Currently there are about 53 gardens spread over about 5 acres, with about 100-105 permanent participants. There must have been thousands of volunteers," he says. Today, most of these volunteers are sent to the Food Not Bombs solidarity garden in the Levski district, an offshoot of zaDruzhba. Food Not Bombs is also communal, with a focus on food production for disadvantaged people. "The food itself is not the priority. The garden makes people feel human, makes them happy and gives them a sense of meaning, a sense that they are contributing to their small community, which inspires great fear in those who are in power, because it is absolutely democratic," notes Nikola. What does he think is the biggest challenge facing those who want to start an urban garden? The municipality – more precisely, the lack of understanding and regulations surrounding urban agriculture, or even a definition of the term. 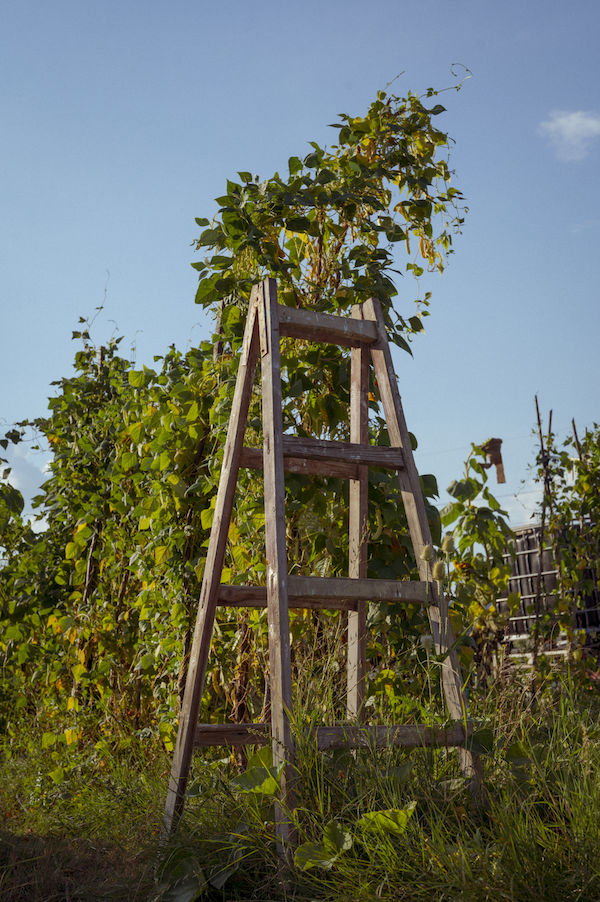 ZaDruzhba is managed on a horizontal basis and all decisions require a consensus among the representatives of each plot. Nikola left the garden two years ago because the constant travel was getting to be too much for him. He left behind his symbolic two square meters, but he is far from absent from the project. He is still the coordinator and public face of the initiative. What is the future of urban agriculture? Nikola believes it could also be implemented in schools, since they are empty during the most active growing season. But he can't help remembering the time––years ago, when he was still living in Razsadnika––when he tried to call the principal of the local school with just such a proposal. It didn’t even get past the secretary.

“Everyone should be able to garden. The way things are going now in the world, you never know when you might need it."

Natasha Marinova discovered her passion for permaculture while living in Amsterdam; soon after, she acquired a plot of land and got to work. "It's easy to rent a little plot of land there," she says. When she returned to Bulgaria, she discovered that it is almost impossible to do the same here. ZaDruzhba is the exception, but that is a difficult commute for her. Nevertheless, Natasha kept looking, until one day she heard that Gorichka wanted to do something similar. At the first meeting, the interested parties formed a five-person committee. Their first task was to find a suitable plot – this took a whole year. With the help of the municipal enterprise Softproekt (now called Sofiaplan – ed.) they found an illegal 250 square meter parking lot in the municipality of Vitosha. "It was a very poorly maintained place. Hard to imagine that it could ever become a garden," she recalls.

She and other like-minded people began renting the lot from the municipality, uncertain if they would ever realize their dream; then, with the help of "Gorichka," they were able to find many sponsors – their infrastructure alone cost BGN 20,000. This is how Communal Vegetable Garden 1 came to be.

“The way our garden was created is hardly a project that can be repeated," Natasha admits. They raked the soil, brought in ten truckloads of fresh dirt, put up a fence and built a system to collect and store rainwater from the roof of a neighboring greenhouse. One company provided them with a solar system and water pump. The twenty plots, each measuring 8 square meters and costing BGN 200 per season in rent, were soon filled, and in 2019 the garden was officially opened. "Everyone should be able to garden. The way things are going now in the world, you never know when you might need it. I don't think we should grow all our own food, because we'll end up back at the dawn of civilization, and everyone also has a different job to do. But everyone should know how food is grown. These are vital skills.”

Natasha believes that urban gardening could thrive if the municipality got behind the idea, created infrastructure in green areas, and provided plots, as is the case in most European countries. She gives the Netherlands as an example – most gardens are on the outskirts of the city, but her 50 square meter lot there cost as much as her lot in Sofia, which is five times smaller. This is why she has not seen an upward trend in the development of urban horticulture here in recent years.

And what do the neighbors think? "Many people say they specifically pass by us while walking because they enjoy looking at this green space full of life and vegetables." Gorichka later used the experience from the garden to create a manual for people who want to start their own plot. You can find an excerpt from it HERE.

Donna Pickard, a sociologist at the Bulgarian Academy of Sciences and one of the main drivers behind a multidisciplinary study of urban agriculture conducted between 2017 and 2020 (recently published by Springer under the title Urban Agriculture for Improving the Quality of Life) says: "The history of urban agriculture, at least in Sofia in recent years, can be summarized as follows: a small number of non-governmental and informal civil organizations set up gardens that satisfy the demand on the part of young people, who we can tentatively call representatives of the middle class, but the main potential of this type of activity for integrating and supporting people and families at risk and living in poverty is not realized, because in order to realize it, local authorities and relevant institutions need to get involved in the process."

Ten years ago, her team of sociologists began to collect data on urban agriculture in Sofia and discovered that the potential for its development was neglected by the Sofia municipality using the argument that the people of Sofia were not interested in engaging in this activity. "Of course, we asked where the municipality got data about this lack of interest, and after realizing that there was none, the design of the study began to take shape – we decided that science could be of use to the development of urban agriculture by offering accurate and reliable information about who is engaging in this practice in the capital and why, and what are its possible social, economic, ecological and spatial benefits.” 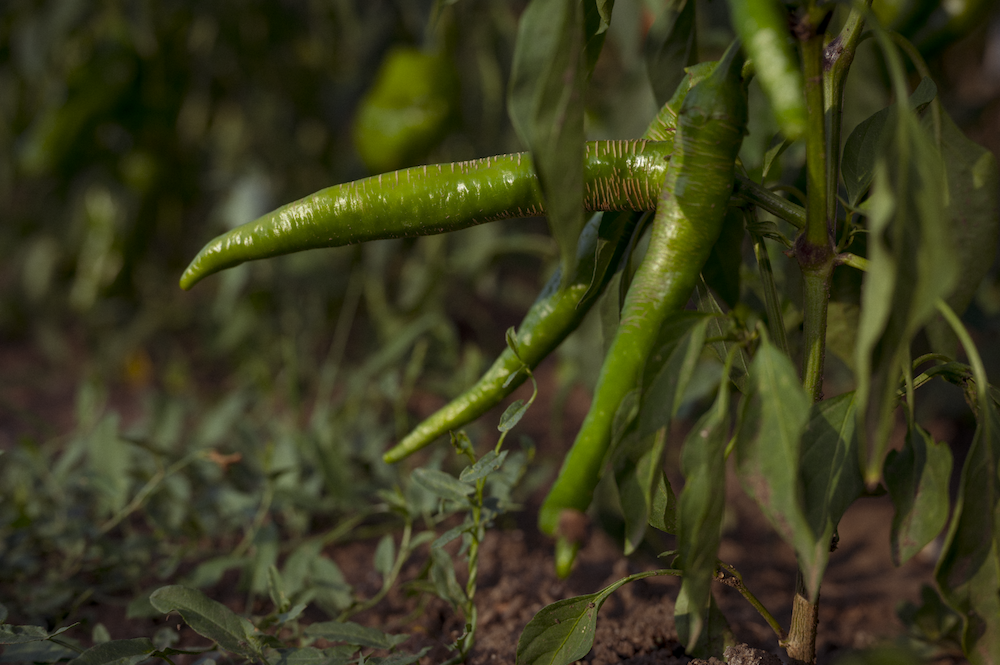 What are some of the results of this study? A little over a quarter of the 747 people surveyed from three districts in Sofia say that they engage in urban or suburban agriculture, over 60% of that group say that they feel healthier and more energetic because of it, and three quarters observe a strong positive effect on their psyche. "More than half of those surveyed believe that there is generally room for growing food in the city, and 80% support the idea of ​​children in kindergartens and schools cultivating an area for growing vegetables." As part of the research, interactive maps of the researched areas were created and data was collected on available terrain suitable for future gardens.

"Urban gardening has deep roots and a long tradition in Bulgaria, and this can easily be seen in many houses with gardens, even in downtown Sofia; it is also not unusual in smaller cities in the country. In its new forms (community and shared gardens, as well as "solidarity" gardens with a charitable purpose), unlike with traditional ones, food production is not the end goal, but a means to achieve other, post-material goals and values such as strengthening civil society, fostering solidarity and mutual aid, education and moving towards more sustainable and responsible consumption patterns,” Donna continues. Is the produce grown in this kind of garden clean? According to her, not only is it possible to grow food uncontaminated by harmful substances in the city, but the food can sometimes be cleaner than what you buy in a store. "This is the case with urban honey collected in urban parks and gardens that have not been treated with the chemical pesticides so prevalent in typical agricultural areas."

The informal group Citizens for Urban Agriculture, which for several years has been working on the formulation of a concrete plan for developing urban gardening in Sofia, has played a huge part in all this, and benefitted not just gardening enthusiasts, but also society as a whole. "The initiative is constantly trying to establish a dialogue with the mayor of Sofia and her team, as well as with city council, but at the moment there are no signs that the management team of the Sofia municipality has any ambitions to create favorable conditions for the development of this practice." Despite this, some steps have already been taken and urban agriculture is part of the Vision for Sofia, and a report has been submitted to city council for discussion, containing proposals for changing some of the capital's ordinances to regulate urban agriculture and create incentives for its development.

More about urban gardening at: urbangardening-sofia.com
More about the research at: urbanagriculture-bg.com 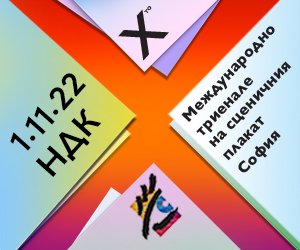