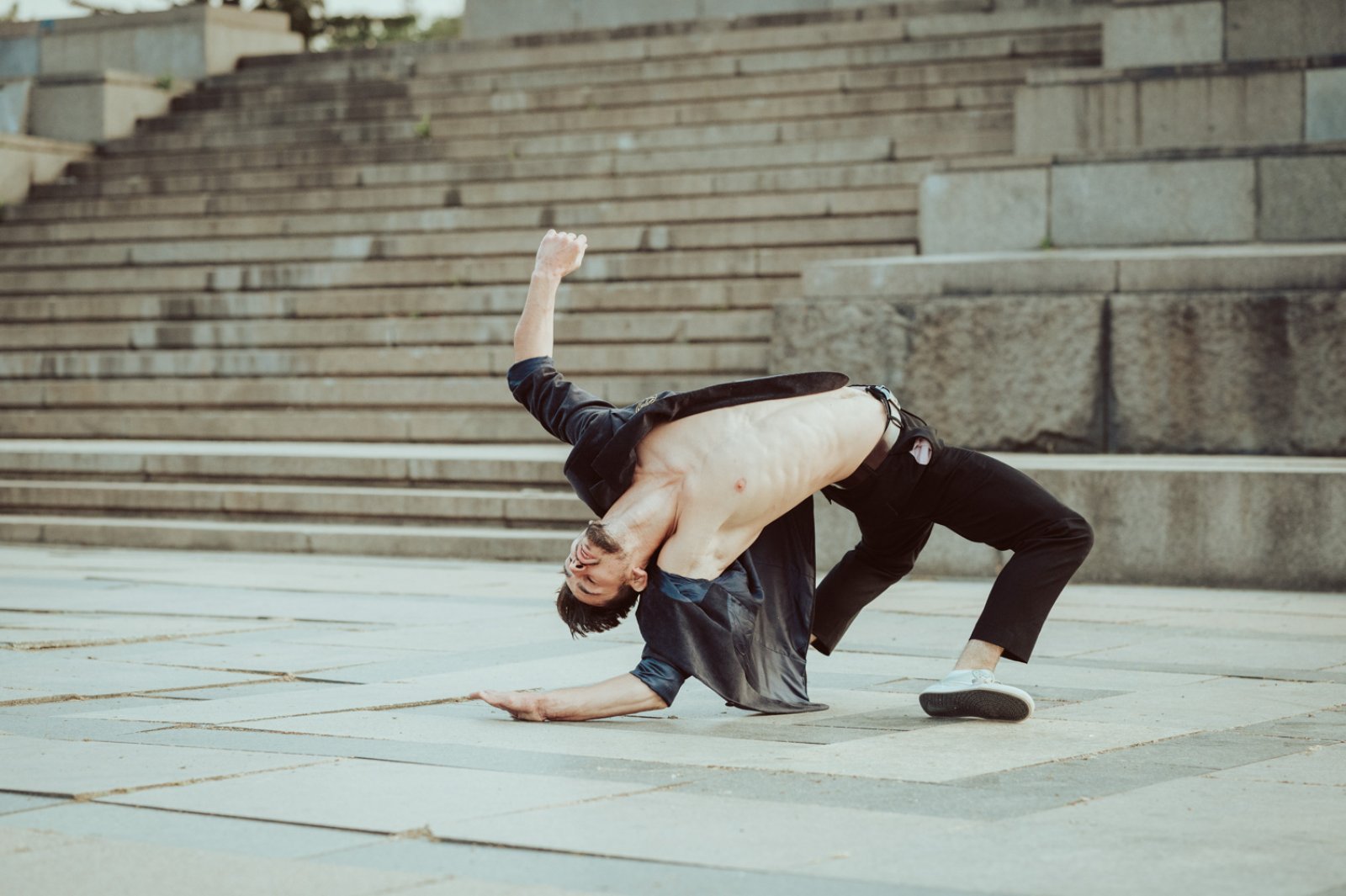 Vladimir Gruev never thought that he would dance professionally, because most of the time dance was just a hobby to which he devoted a huge part of his energy. 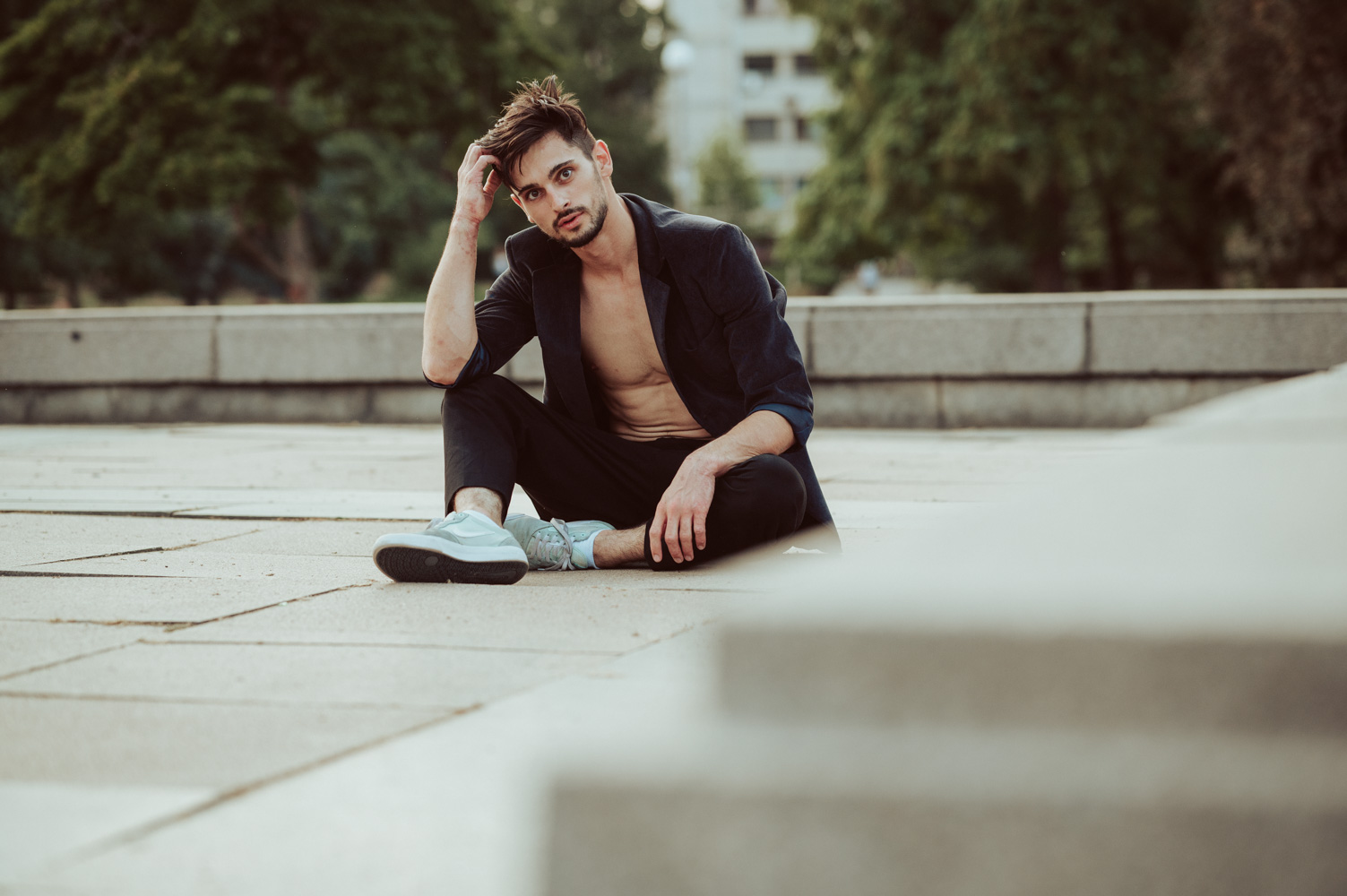 Vladimir Gruev never thought that he would dance professionally, because most of the time dance was just a hobby to which he devoted a huge part of his energy. Until, that is, he auditioned for the French dance company Herve Koubi in Madrid and got the chance to do nothing else and devote himself entirely to movement. Now, he admits, he often feels like the protagonist of Fight Club– he is always on a plane as part of the busy rhythm of the dance company which performs all over the world. He uses the time spent traveling to take some shots with his camera, which he also does impressively well. Recently, whenever he is in Bulgaria, he likes to capture the walls of Urban Creatures, as well as to organize dance seminars with the participation of musicians from Academy 360.

How did the transition from amateur to professional dancer happen for you and when did France become part of your journey?

I never imagined that I would be a professional dancer. Since I was a child, I thought that dancing was just a hobby for me and that I had to do something serious. There was never a conscious decision that this would be my profession. I have always loved to move and I did it with great dedication and without any expectations.

In 2018, I had just found my footing after university and had enough projects as a videographer, but my need for movement did not decrease in the least. It was the closest I ever got to a "serious job" ever, and I used every change I got to dance, it was a way to relax. I was involved in all kinds of projects with the sole purpose of being in the dance studio as long as possible. Gradually they started to invite us to various festivals in England. 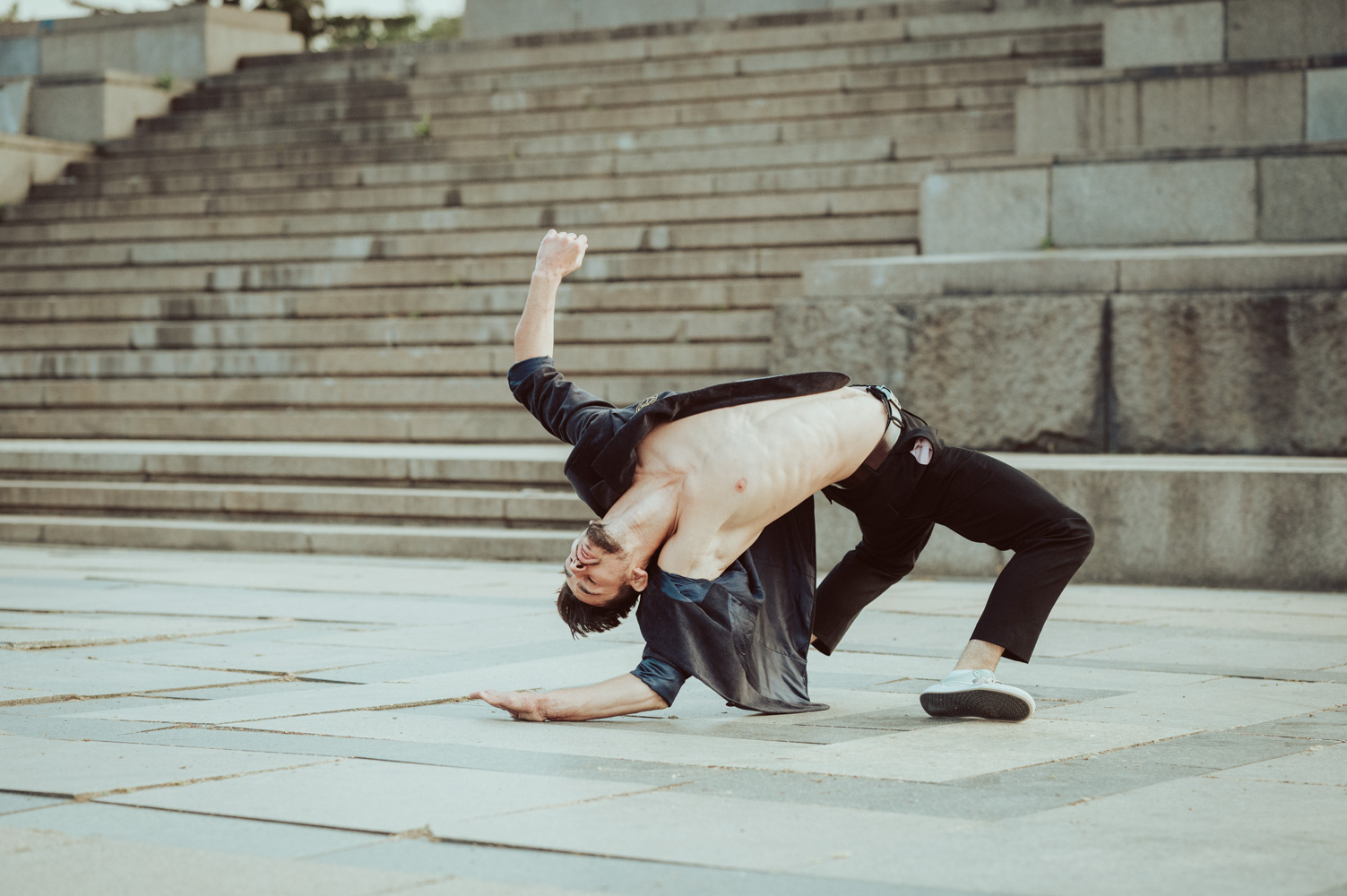 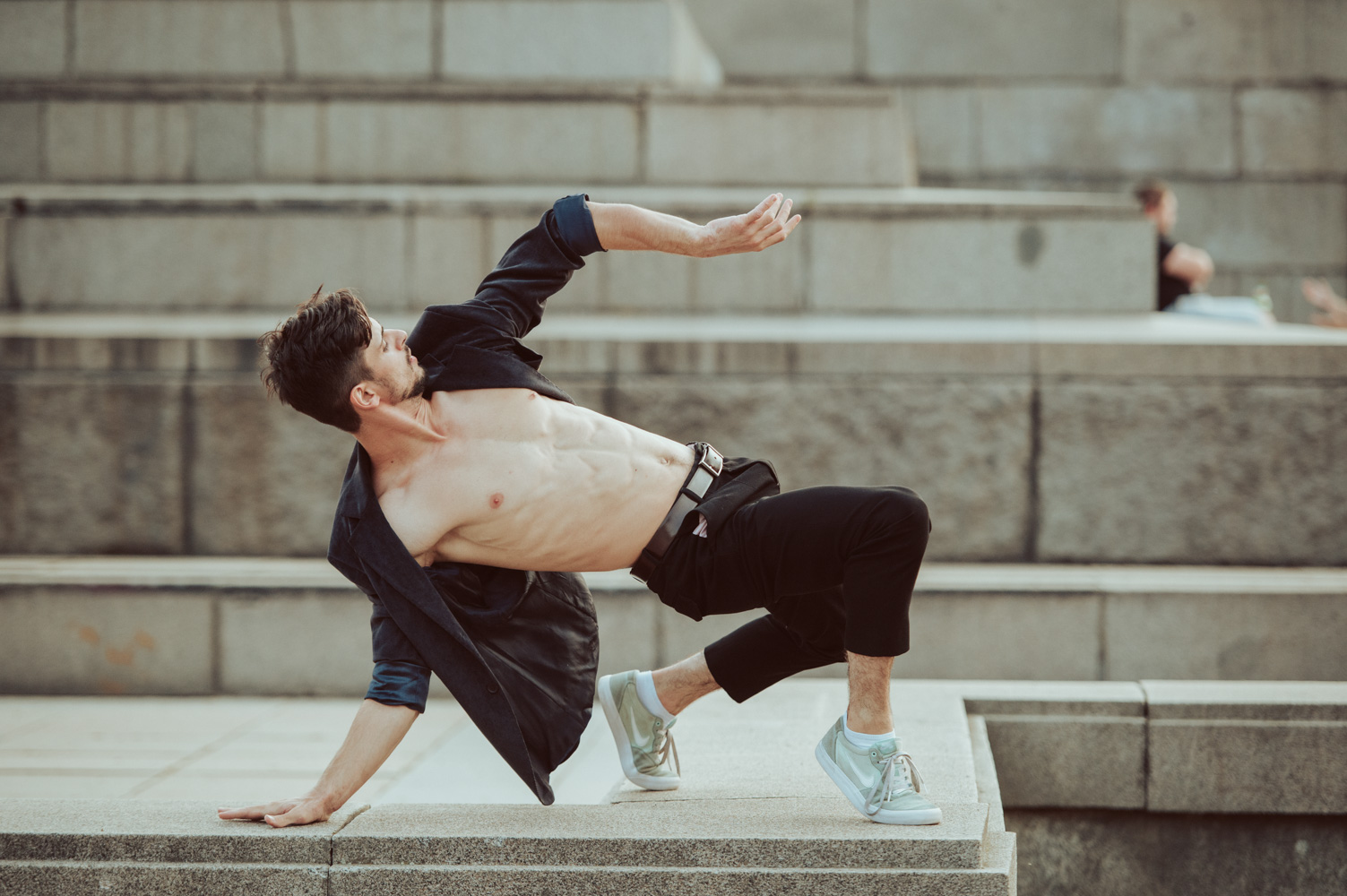 We performed on famous stages, but the money we earned was still far from what you need for a normal life. But I didn't expect anything different – from a young age Iit had been drilled into my head that a musician cannot feed a household, let alone a dancer.

One day some friends forwarded me the casting call for the French company Herve Koubi in Madrid. The things they did looked pretty similar to what we had done in England. Even the costumes were almost the same, only theirs were white and ours were red. I immediately bought a ticket to Madrid and a week later I was at the casting. There were amazing dancers from Venezuela with very impressive acrobatic movements. When I saw them warming up I thought my chances had just flown out the window. Then it was my turn. I moved with freedom and love. When the choreographer said that he would be happy to work with me, I was a little shocked that I was given the opportunity to do nothing else but dance.

This alternative seemed so unrealistic to me. But even now I don't want to look at dance as a job. If you look at it like that, all the magic is gone. Of course, you have to have a professional attitude, be on time, take extra care of your body and make sure that it is in good shape, but I always try to make curiosity and love of movement the driving force. 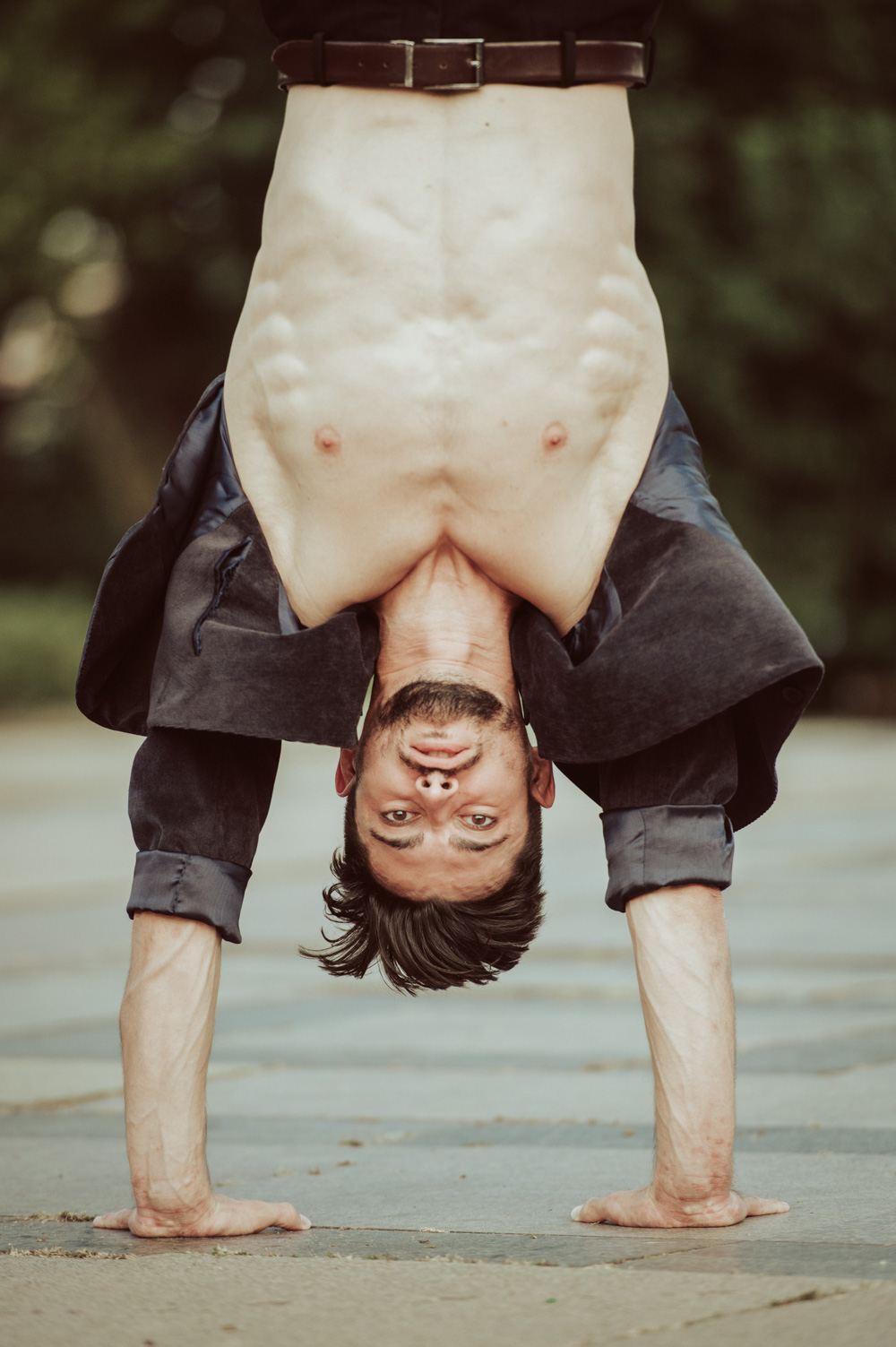 What is your earliest memory of dance as an art and when did you realize that this would be your future?

I think it was most likely folk dance. I didn't like that there were certain steps that you had to follow, and I never managed to learn them. Besides, the music and the rhythm were also a complete mystery to me. To this day, I can't do a single one of these dances. But now I can appreciate the magic of having so many people following the same rhythm together.

Fortunately, I discovered breakdancing, which in the beginning was more like an extreme sport than a type of dance in my imagination. As a 12-year-old, learning to stand on my hands, I felt that this would always bring me pleasure. Seven years later, I came across a hip-hop theater festival in London, where I watched a Dutch crew that was very famous in the world of dance competitions. This time, however, there was no ego on stage, no need to prove yourself. It was very clean, moving and casual, and the movements were still impressive. For the first time, I saw people use this form in order to share something rather than compare themselves to others. I felt something click in me at that moment and I said to myself, "This is it!" 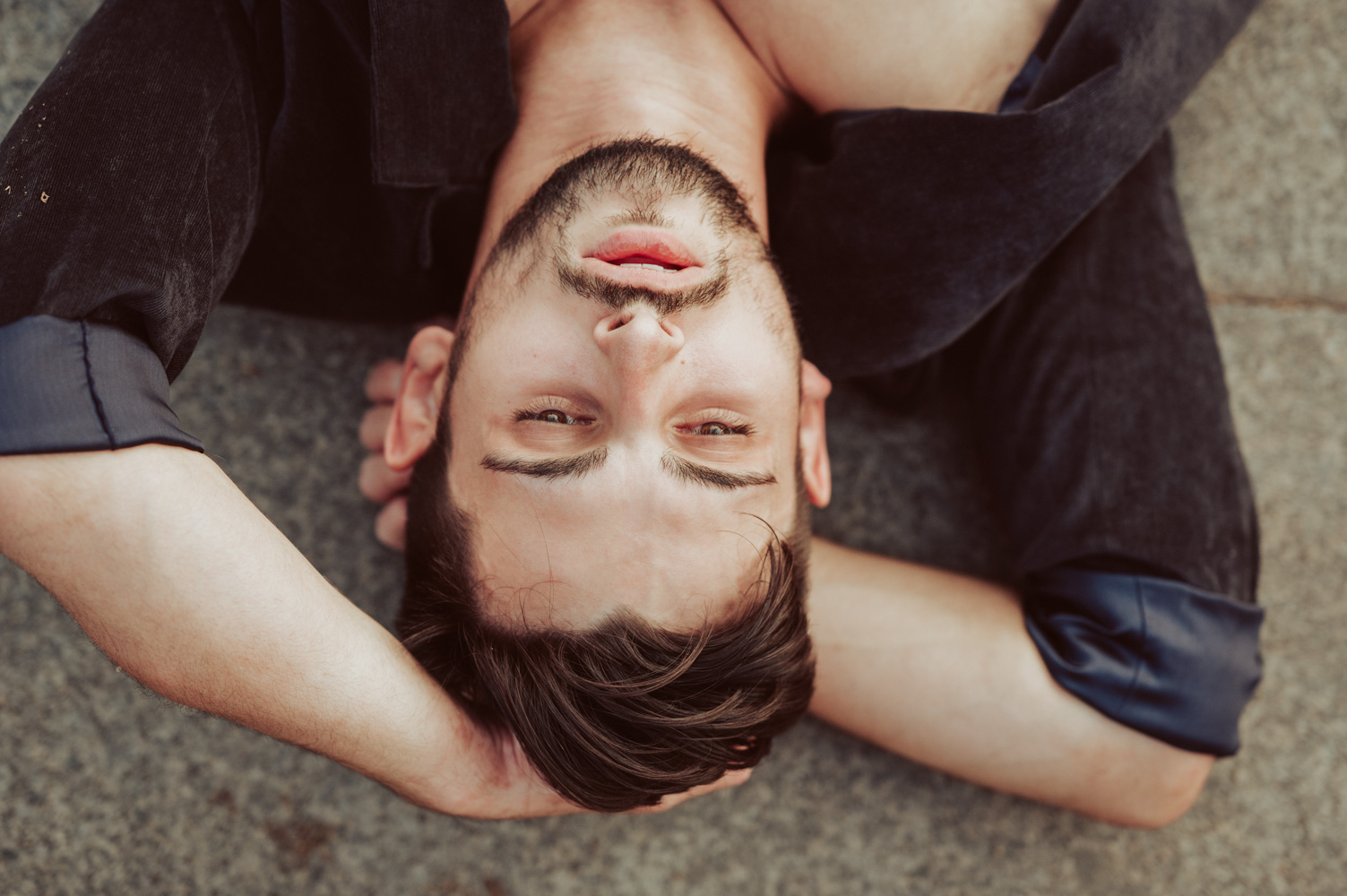 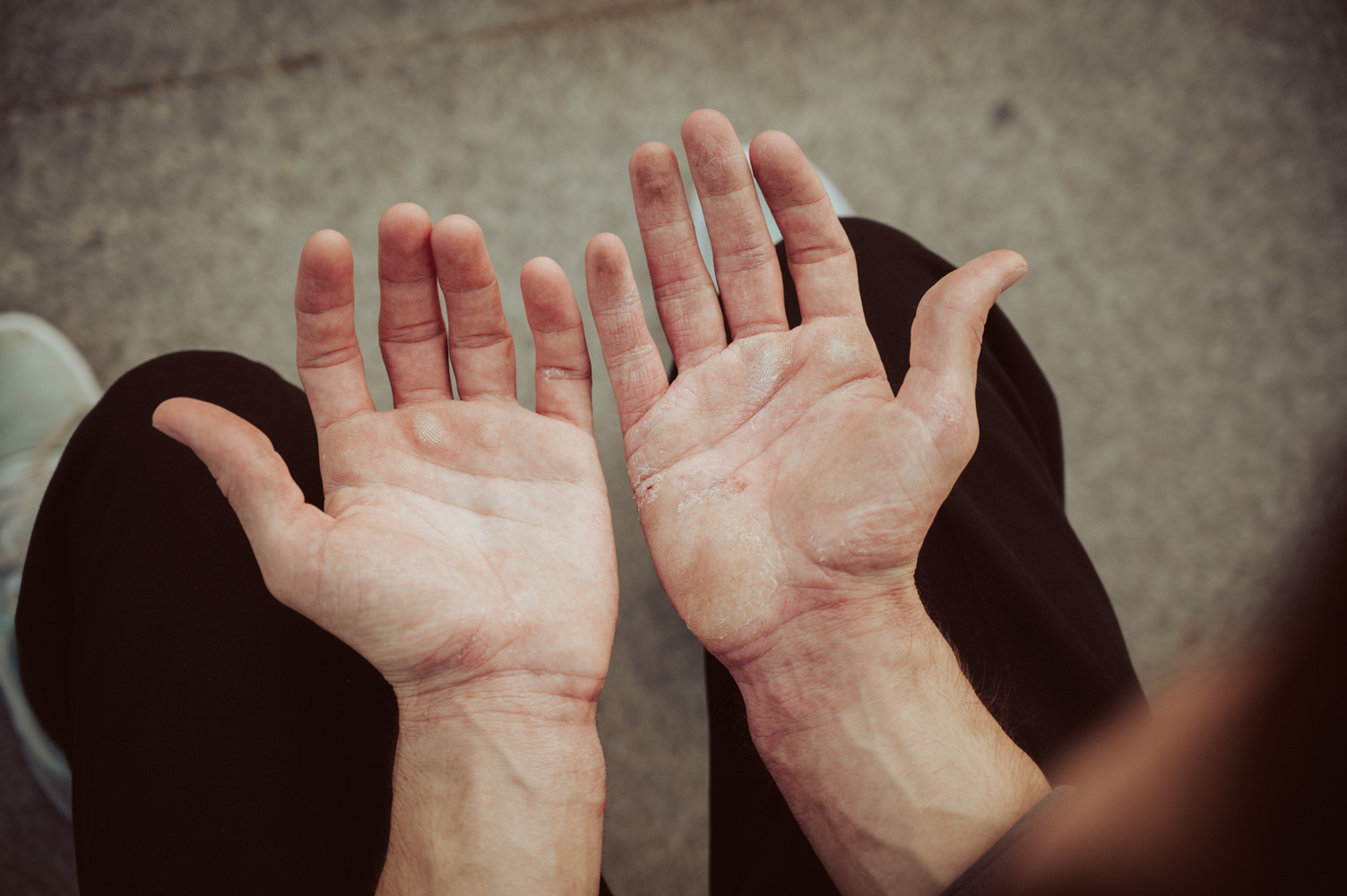 How would you define your personal style and how did you find it?

A combination of break and contemporary dance. Recently, this combination is becoming more and more popular and I am surprised that it has not been given a new label yet. Some would file it under the Experimental dance column, although that is a very broad concept.

After the Dutch performance and the first contemporary dance workshop I attended, it became clear to me that there was a vast world of dance that I did not know about, and that I found really interesting. Still, I continued to develop as a break-dancer, traveled to competitions, and followed the fast breakbeats until one day I suffered my first major ankle injury. The dynamic movement characteristic of a break was no longer possible for me. Despite the pain, I couldn't sit still. I started to slowly and gently explore how I could move without injuring myself further. And thus began a transformation and a search that continues to this day.

When you deprive movement of speed and focus it on feeling, it stops looking like a breakdance and becomes much more meditative. I am less and less interested in what the movements look like, I focus on the sensations inside and out. Perhaps this new search is also influenced by the rehearsal process for the performance Rituals of the Soul, which I am working on with the dance company Dune. This new approach gives me freedom and removes the need for comparisons.

Along with your performances on stage, you continue to get involved in street dances and festivals. Does street dance give you an irreplaceable feeling? 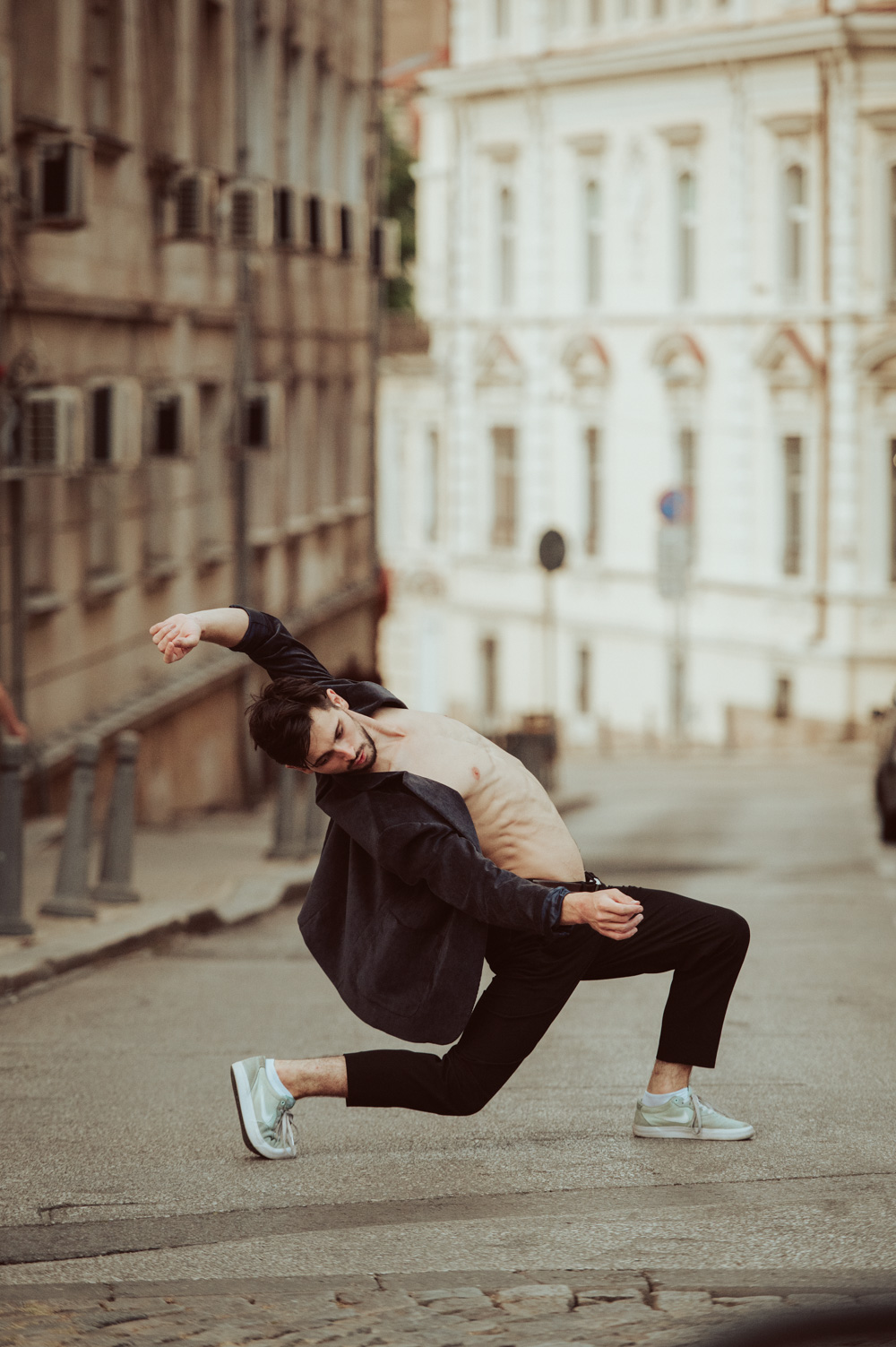 Apart from your body, you also "dance" with the camera. What are the roots of this passion? What kind of photography excites you?

In my opinion, dancing develops your ability to make something out of nothing and automatically makes you more creative in your other endeavors. I think I'm also somewhat influenced by skate photography, which shows the body in unusually dynamic motion in an urban environment.

My relationship with photography began very naturally and after a year of denying that I was a photographer, and saying I was just a man with a camera, I got my first commission from the Bulgarian street brand Goloka. Seven years later, I opened my first exhibition in Sofia, at Academy 360, which included photographs of dancers from my travels in recent years.

Until recently, I thought that photography was not necessary for me and that it wasn't giving me anything. But during a dinner with some friends, I showed them new unpublished photos and these warm, unadulterated smiles appeared on their faces –like children presented with ice cream. I would be happy to continue to offer this feeling to others through my photographs. 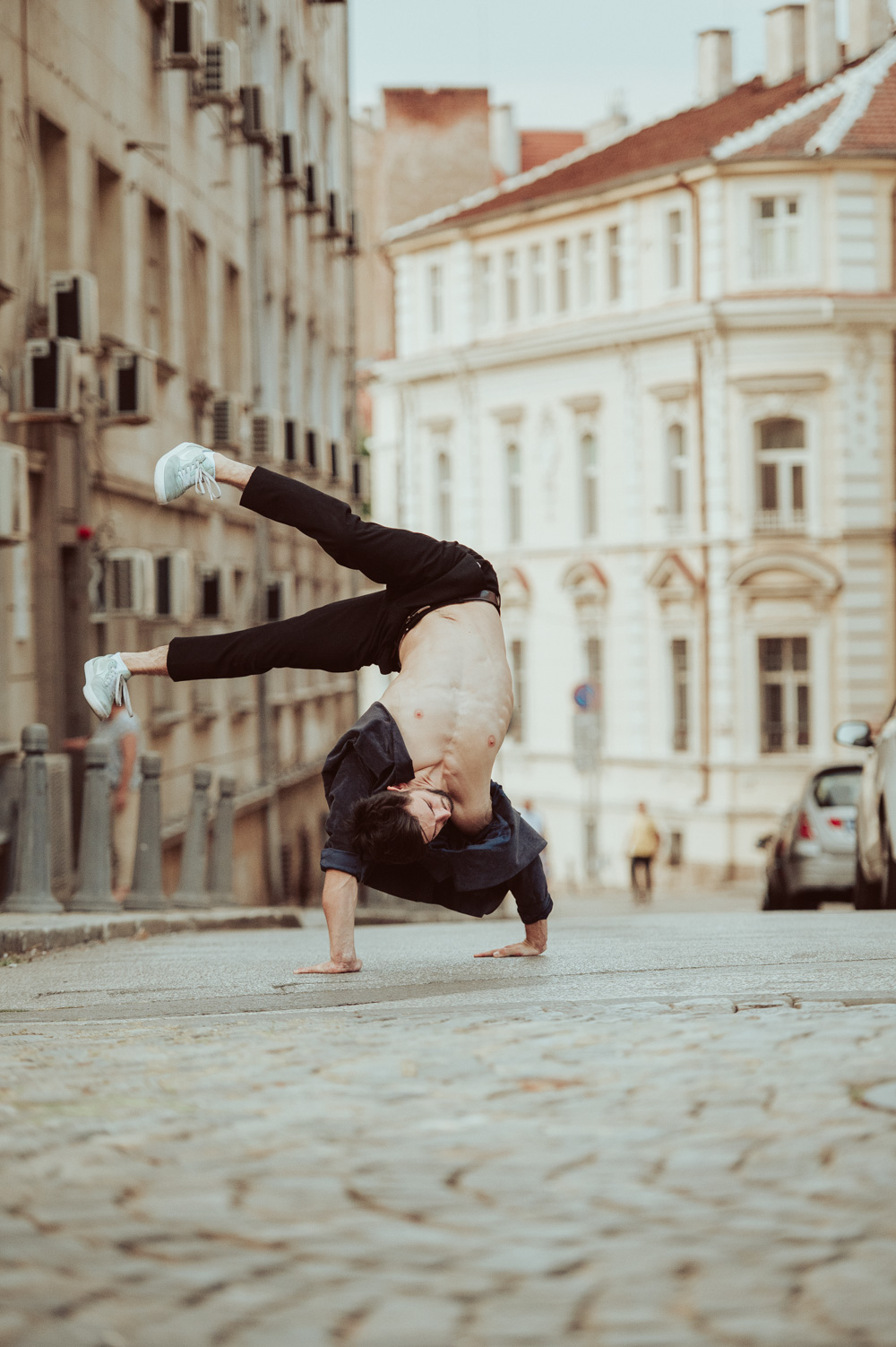 Since you can make this comparison, when do you think we will catch up with the French (speaking of dance art, and with a slight wink implied in the question)?

The social system in France is highly developed to benefit artists. Thanks to it, they have security and freedom of choice. It also means there are many more festivals, practicing artists, and you can grow up with the idea from an early age that this may be your profession one day.

Spaces and festivals abroad invite you to do a show and they take care of everything, while here you have to rent out the hall to be able to share your work. There are many talented dancers and choreographers in Bulgaria, but given the structure of our theaters and the economic environment, when you take on the mission of being a dancer in Bulgaria, you become a modern-day Sisyphus. However, the situation is improving –good festivals are popping up, as well as new, inspiring artists. I hope the environment changes.

What motivates you to take on new challenges?

I like my comfort zone. Sometimes the rhythm of touring and performances is challenging enough and I don't need any extra adrenaline. When you are calm and quiet, your curiosity naturally leads you to the new challenges you need. Of course, it's also nice to have a crazy friend who'll join you on some crazy venture, or invite you to join theirs. 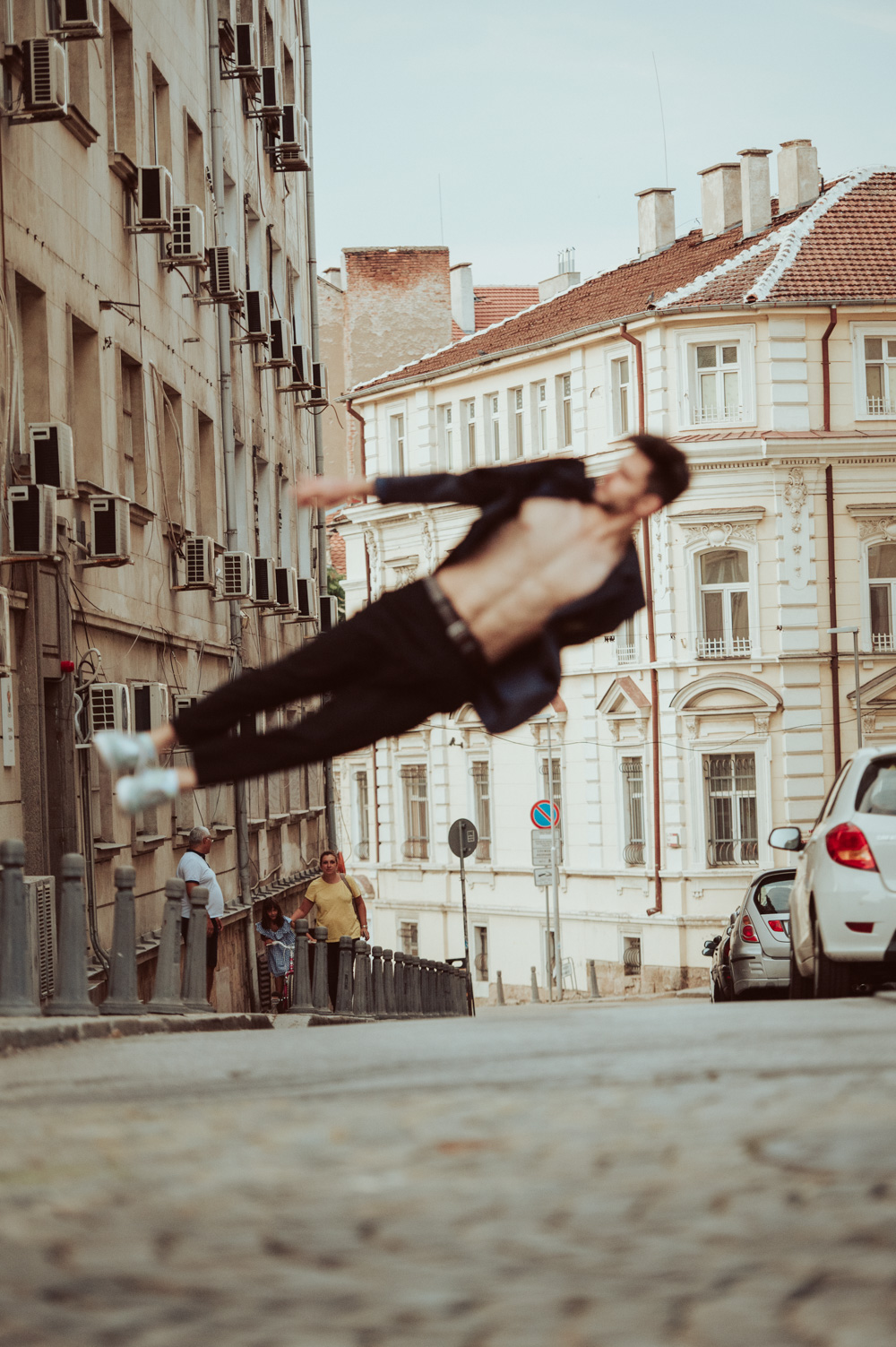 Are there moments when words are powerless and only dance or a photograph can "speak"?

Beautiful live music can be that kind of moment. The same rhythm goes through all the people around you. There is nothing to discuss, you just turn off the "logic" button and go into a trance.

As for photography: an example of this is the BOZKO wall St. George in Sofia, which we worked on with Urban Creatures. It was great to watch people's reactions, craning their necks to look up with their mouths open, lost in the image of the old saint and the rising dragon. 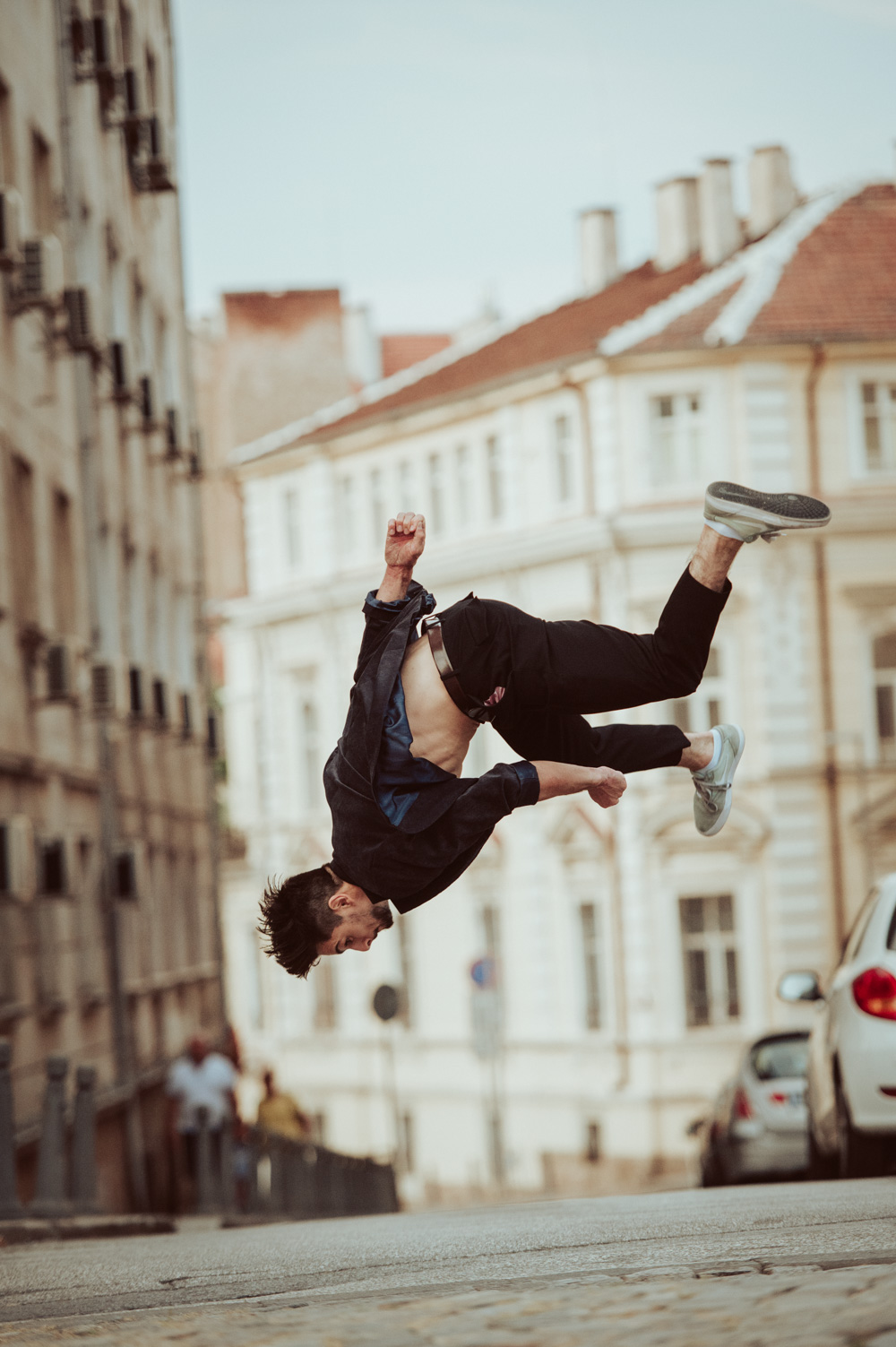 How and where do you like to relax? What are some of your spots outside the stage and dancing, and away from the lens, where do you feel most at home?

A nice coffee and a notebook, that's when the committee of all the people living in my head gathers to see if we are going in the right direction. The beach in Calais. Looking out the window of a train. A gallery. Or the studio where I can just dance for myself without my own or other people's expectations.

When it was hardest for you to follow yourself and when does that happen most easily?

When you start living according to other people's beliefs. It's easy to forget what you like and what makes you feel alive when you have to conform to other people's views. This can make you feel drained and out of place. We must constantly remind ourselves what our personal spark is and make sure it never goes out.

This interview is part of the #followmyself series, which is supported by Fashion Days.