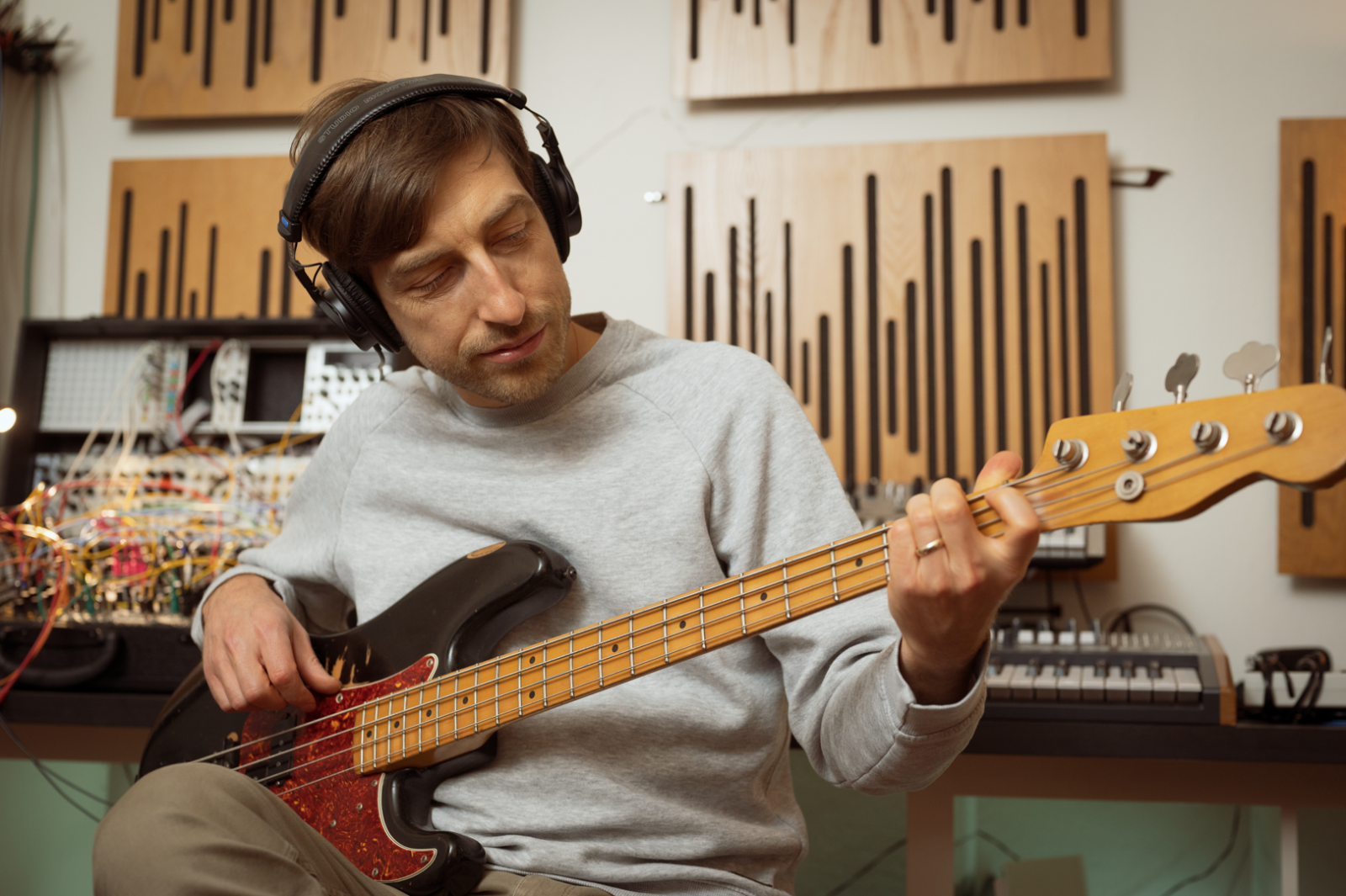 When he was very young, Bulgarian electronic music producer Ivan Shopov would listen to The Beatles and Uriah Heep with his father and help flip the records. Later, someone brought him a cassette player from Kuwait, and he and his brother started making copies of rock and metal albums. When he was 10, he started taking drum lessons, at 13 – bass guitar lessons, and at 16 he had already started a punk-rock-metal cover band in his native Troyan. At home, he experimented with using the turntable and the cassette player because he wanted to create beats that sounded like Aphex Twin. All this youthful musical enthusiasm certainly bore fruit because today Ivan Shopov is one of the central figures of the Bulgarian electronic scene. While studying Graphics at the National Academy of Arts in Sofia, he gained buzz performing as COOH at the popular Drum & Jazz parties, and over the years he also worked in different musical genres behind pseudonyms such as Balkansky, Drum Kid and Underhill. He has been working on various collaborations for over twenty years now, and over time they have all become associated with folklore. Among them are several albums with Teodosii Spasov, Avigeia, and his latest project TRIGAIDA, which released the mini-album Rofinka in October. 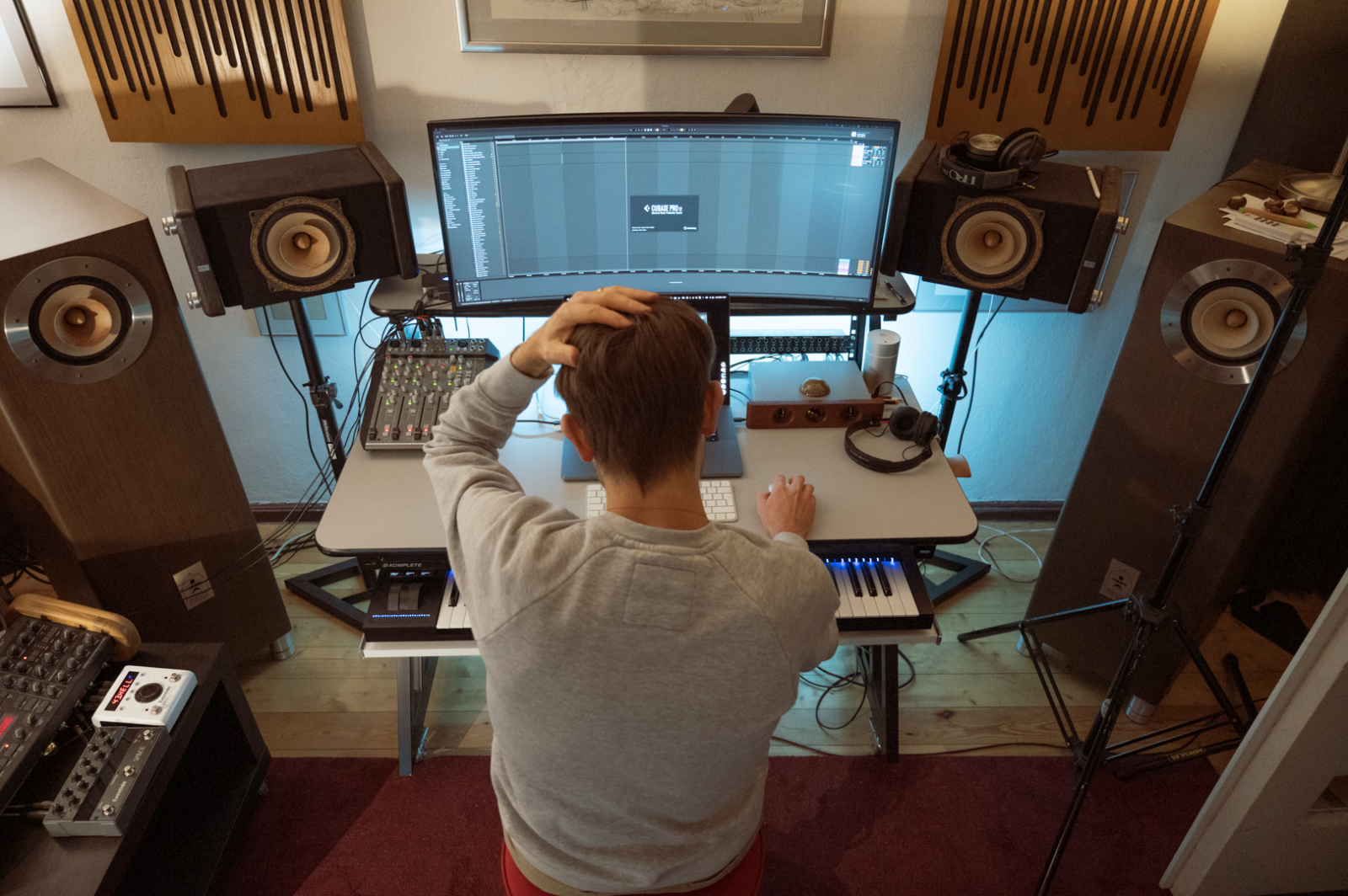 When did you start thinking of computers as creative instruments?

When I was around 16, I met the band Bahur from Troyan and their guitarist showed me the computer he used to create beats and melodies using a keyboard and mouse. I was really impressed by how he could control these sounds and create all the elements of a composition himself, so I started going to a computer game club every day. There, I would record everything I managed to play on the ReBirth program, which I got from a friend on a floppy disk, using a cable and a cassette player. I'm talking about 1998, when there were only a few people who had computers in my hometown of Troyan, and this club was my salvation. All of the money I saved went into experimenting there and buying new music. When I had 4-5 tapes of my electronic compositions ready, I decided to pick a name for my project. I was sitting in chemistry class at school, very bored, when I saw the compound COOH on the board and thought that it looked experimental enough – that’s how the name came about. When I came to Sofia to study at NAA, I met Valery Sholevski - Ogonek, who showed me the Fruity Loops program. I began to play around with it and I would spend many sleepless nights trying to create something new. I didn't have my own computer yet, and I would bother everyone I knew who had one so I could keep learning. I have been doing this ever since, I haven’t stopped looking for newer and more interesting ways to create sounds. I have never played any games on a computer, except for the most interesting one – making music. 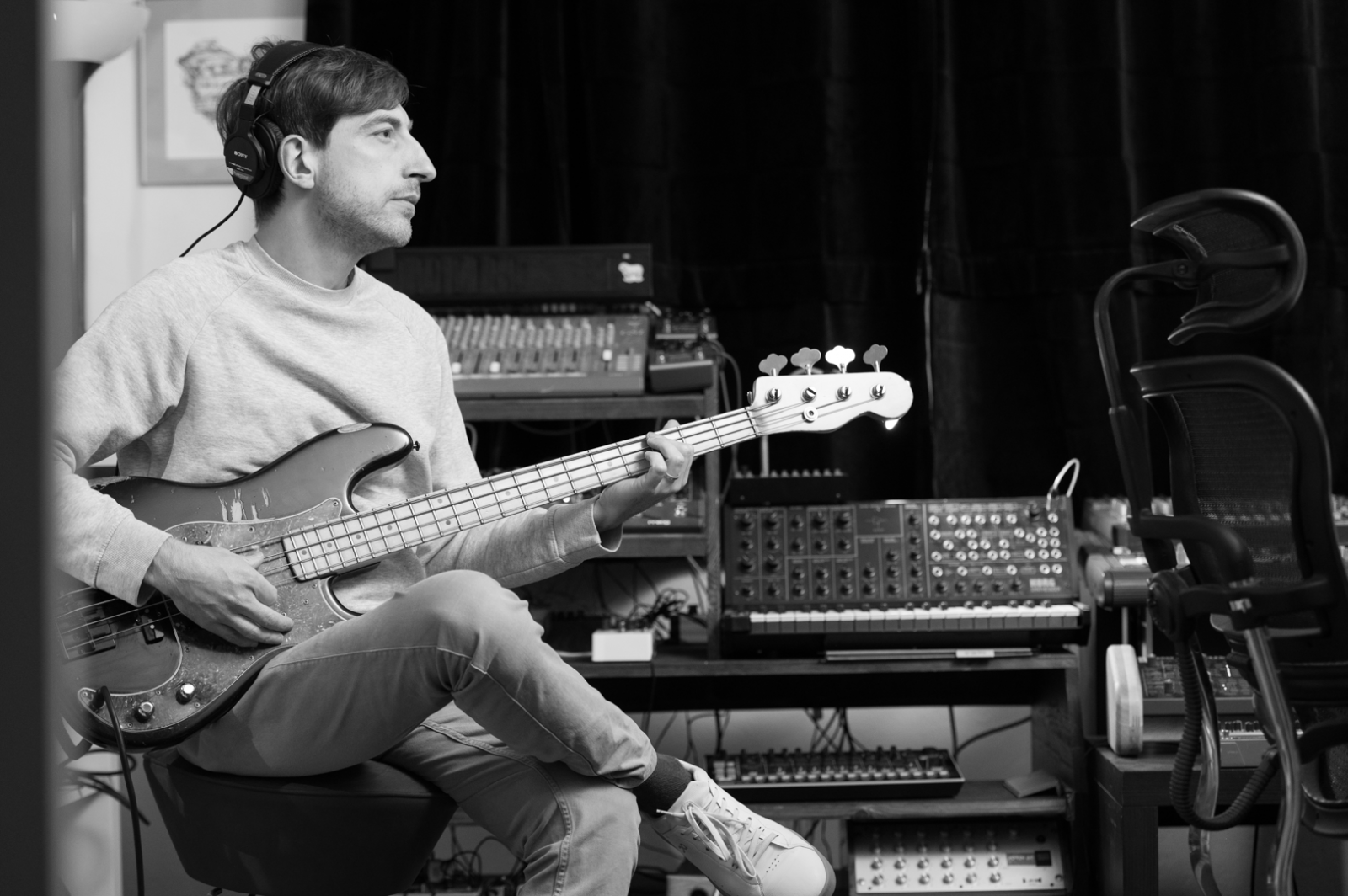 What were your sources of music and inspiration in your early years, and how did you start working with folklore?

First it was rock and pop, then came heavy rock and metal, followed by gothic metal, industrial and electronic music. Each style would lead me to the next, and my interest in folk music began when my teacher at the art school where I was studying gave me some tapes with world jazz records that also used folk motifs. Those tapes included albums by Hector Zazu, Jan Garbarek, Miles Davis and other names in that vein. Later, inspired by this sound, I also discovered Theodosii Spasov, Ivo Papazov, Eva Quartet and other Bulgarian artists. I remember using a sample from Teodosii Spasov in a drum and bass track in 2002, and how four years later we performed together on stage. Ivo Hristov, who asked me to remix several albums released by his Kuker Music label, can also take a great deal of credit for my entry into folklore, because he gave me the opportunity to work with music by the best Bulgarian ethno artists. After these remixes, the collaborative project Balkansky was born and our debut album Kuker was released in 2009.

Many people say that they respect and like Bulgarian folklore, but they cannot listen to it – what is the reason for that?

I think our folklore needs to be translated into a format that people can understand and appreciate, because in its authentic form it is very far from the attitude and worldview of most people today. You need to listen to it in its authentic environment in order to feel its power, it can sound out of place in the city or at the office, so it needs to be presented in a new and beautiful way that does not abuse its power. The voices and instruments of our folklore have an incredible energy and can really transport you to a different dimension if they can reach the modern listener through the open door of a skillful interpretation using familiar musical styles and techniques.

What do we miss out on when we don't know or don’t care about our folk music traditions?

Our history, customs and culture are a treasure trove, but I didn’t always think this way. I used to really like Nordic beliefs and myths, and Viking culture, and how bands like Bathory and Amorphis described it in their music. Then I realized that there is also mysticism and an immensely beautiful landscape to be found here, and that our folk songs celebrate it. This inspired me to seek out and listen to more folk music.

I think that every Bulgarian feels the need to connect with his roots at some point in his life. Maybe when he is abroad, missing his homeland, or when he needs a sense of national belonging while feeling lost in foreign worlds and in the illusion that he can part with his roots. If you don't know where you’re coming from, you won't know where you're going. So even if you are not an expert on our folklore, it is important to at least respect the thousand years of history of our people and culture. 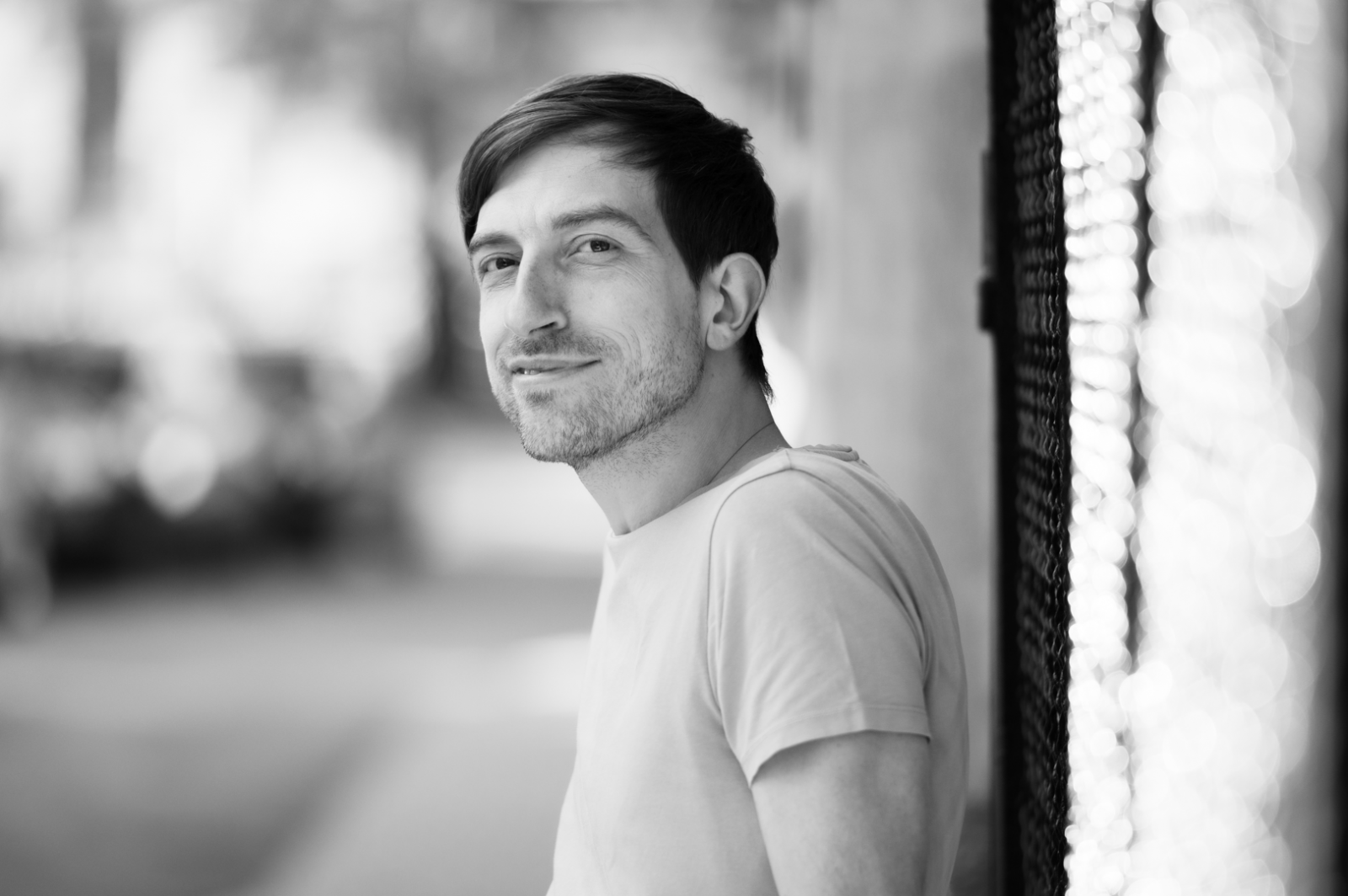 You often mentor young Bulgarian artists. What lessons do you try to impart to them from your own artistic experience, and what do you learn from working with them?

I have always sought to help talented people in whom I see a desire to work hard and grow as artists. Sometimes I just help out with the sound and composition of an album, but I always try to give more than what is asked of me, so that they can focus on what’s important and don't waste time going in the wrong direction while trying to find their way.

I learn these lessons from artists who are more successful than me and I try to pass it on to others. Creating more competition for yourself helps you develop and unleashes more talent onto the stage, and sharing expertise and technical skills is a process of self-knowledge, which is a powerful tool for development. Every time I help someone, I also help myself by bolstering what I have learned and becoming inspired to apply it in my own practice. 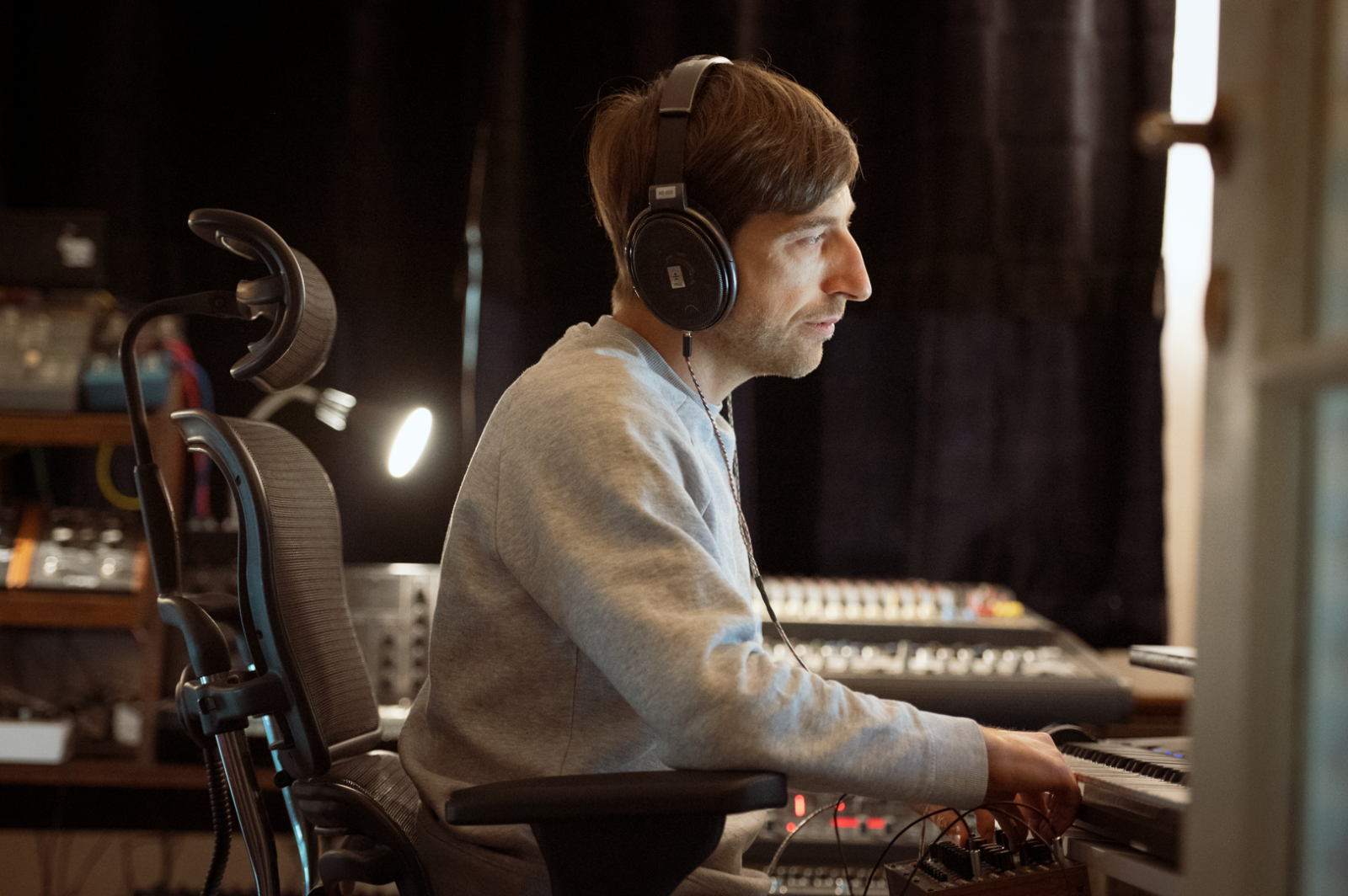 How do you recharge and how do you like to spend your time away from music?

My favorite way to recharge is with my family and the people who inspire me are. I like to be in nature, in my native Troyan, in the mountains. Any place you can see more twisty lines and less concrete. This summer we stayed in an incredible place in Borovets, where I had time for my wife and daughter, we socialized with like-minded people and we enjoyed nature, movement and breathing practices, as well as healthy and nourishing food.

Where can we run into you in the city and who are the people who inspire you?

I spend most of my time at home with my family or in the studio-atelier where I make music and paint. Ever since my child was born, my evenings have been very different because of the early mornings and housework. These days I mostly go to clubs and concerts when I am involved in the music being performed. Among the people who inspire me are colleagues whose ideas and creative work run parallel to mine, such as the musician Teodosii Spasov, the artist Nasimo, the choreographer Zhivko Zhelyazkov, the creator of Etheraudio Asparuh Zhelyazkov, and many others who show me the right path to spiritual and personal development.

If you had the power, what would you change with a snap of your fingers?

I would make everyone in the world realize that they have a soul and help them break away from the illusion of the material world.

When is it easiest and hardest for you to follow yourself?

It is easiest when I am conscious of, and separate myself from the delusions of the world we live in. It's hardest when I'm physically unwell. I try to lead a conscious and healthy lifestyle so that I can be myself for as long as possible.

This interview is part of the #followmyself series, which takes place with the support of Fashion Days. Tell Me: Dance magnets under the floorboards

Antonia and Lyubomir Chonos have been married for fifteen years, and even though two thirds of their marriage have been spent at KANAAL, they can still make each other laugh, which is probably the key to their success.