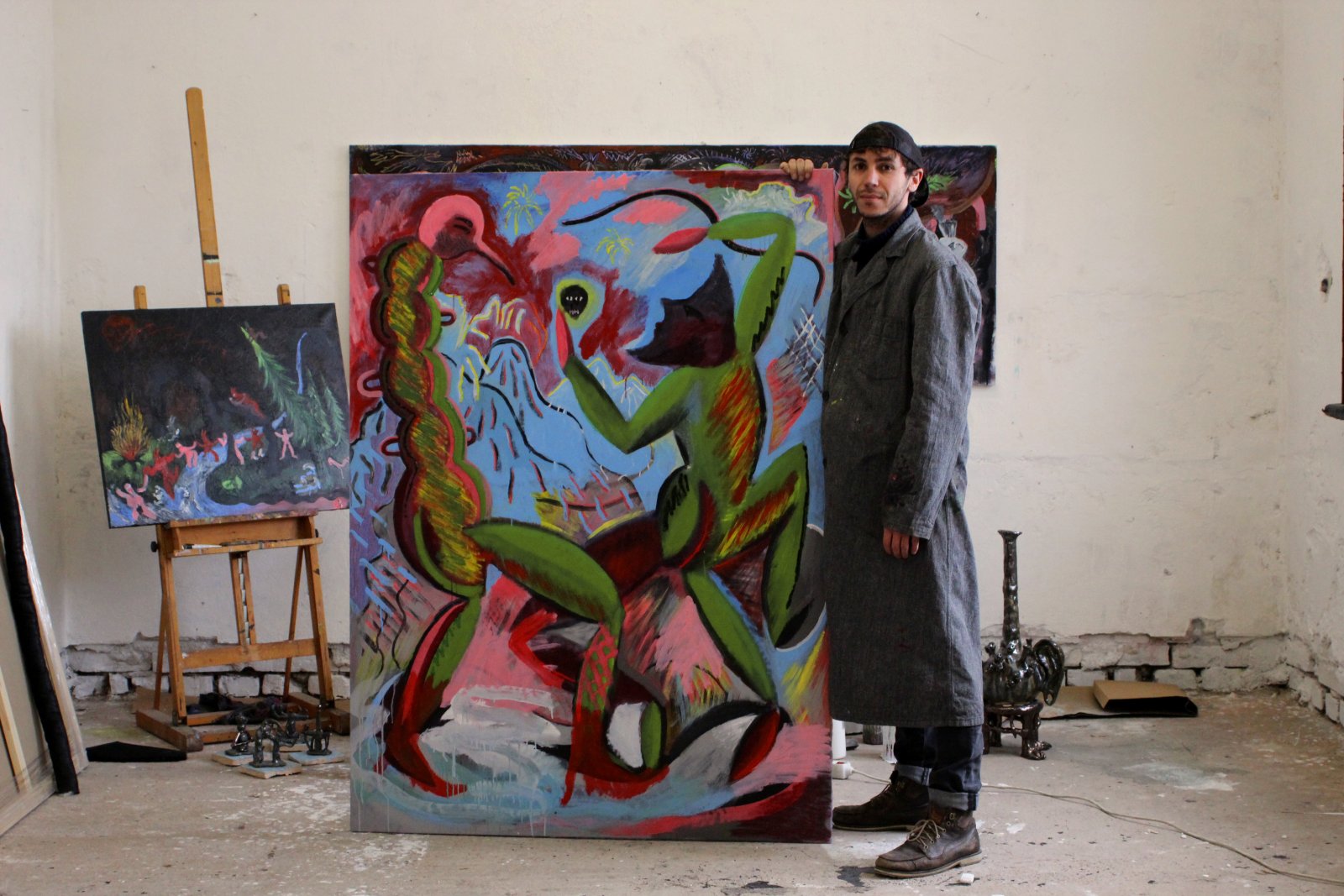 Incidentally, his birth certificate lists seven names, but he says they're secret and he prefers to be called Mitch Brezounek – "it's shorter." He came to Bulgaria for the first time eleven years ago with three of his friends from the French city of Brittany. They arrived with a car full of their works, ready to participate in an exhibition at Atelier Plastelin in Sofia, and soon after, without having planned it, he decided to stay here. He has been in Plovdiv since 2016, and he believes that artists have a much broader field to work in outside the capital – even an Eastern European capital – because there's more room for invention and more things that have yet to be done.

A year ago, he created the semi-parodic 22 card deck Art Tarot (2021), which were shown alongside his ceramic works at the KO-OP gallery as part of the exhibition The Future Is Coming, and which seem like predictions for what lies ahead in the world of art, which is in an even worse state after the pandemic. Last month, his latest film Recycle Life was part of the short program of the Burgas International Film Festival, and he is already working on his next large-scale project. We spoke to him about the main differences between his native France and Bulgaria, the typical local features and images that amuse him, what he has been planning and how he would describe Plovdiv in three words. 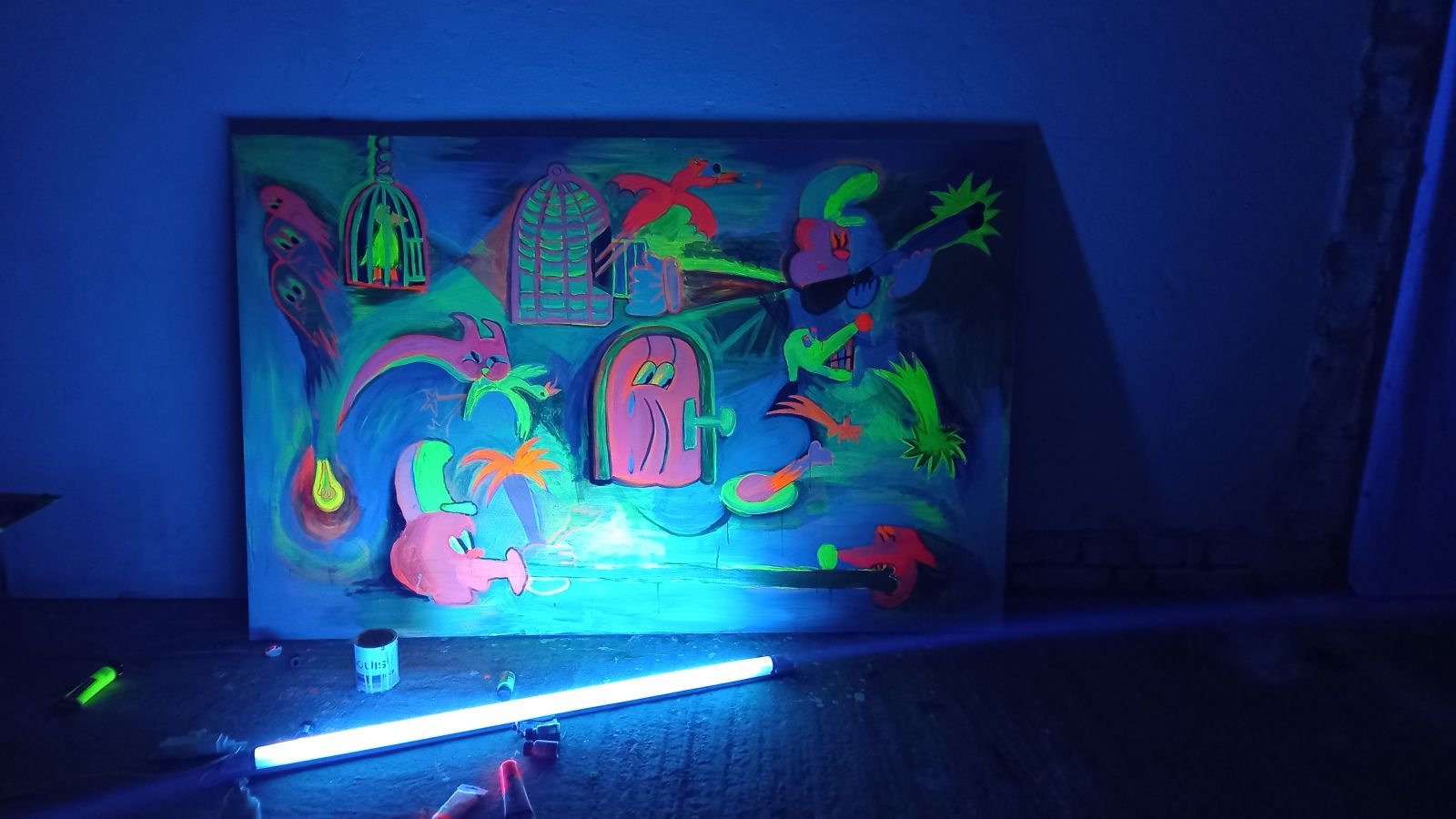 What are the topics you return to most often in your art?

They have to do with conflicts, war, the current political situation in Bulgaria. But not just that – also themes related to love, hope and humor.

How are our countries different when it comes to opportunities and challenges?

The opportunities are the same, as are the difficulties. You know, when it's the same system everywhere, you encounter the same problems along the way. It all depends on your motivation and ambition. But it's great if you don't take yourself too seriously either, because art is not a white cube. It's much more than that, and everyone can have their own definition and vision of it. 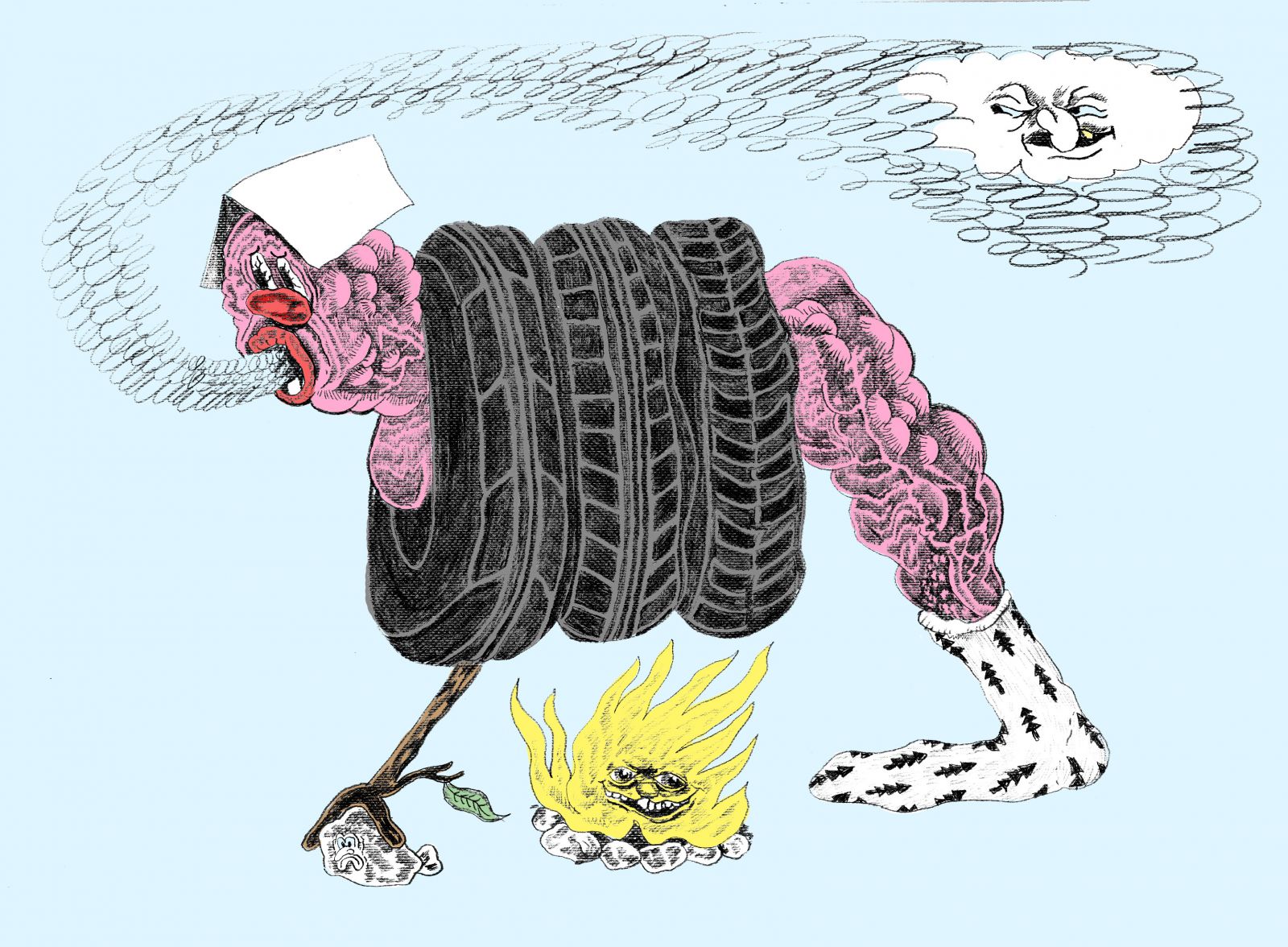 What are some typical Bulgarian traits that continue to amuse or confuse you?

I have a whole list of those, but I'll start with the drivers and their obsession with German cars, driving fast and coming in first on the highway – being the first one to make it home and drink a rakija with a shopska salad. The second is that people don't really care about the environment, they burn car tires or toss them in the forest, but at the same time they say they are proud of their mountains. They always say that the Bulgarian mountains are the most beautiful. I have quite a few more, but I'll save them for the next interview. 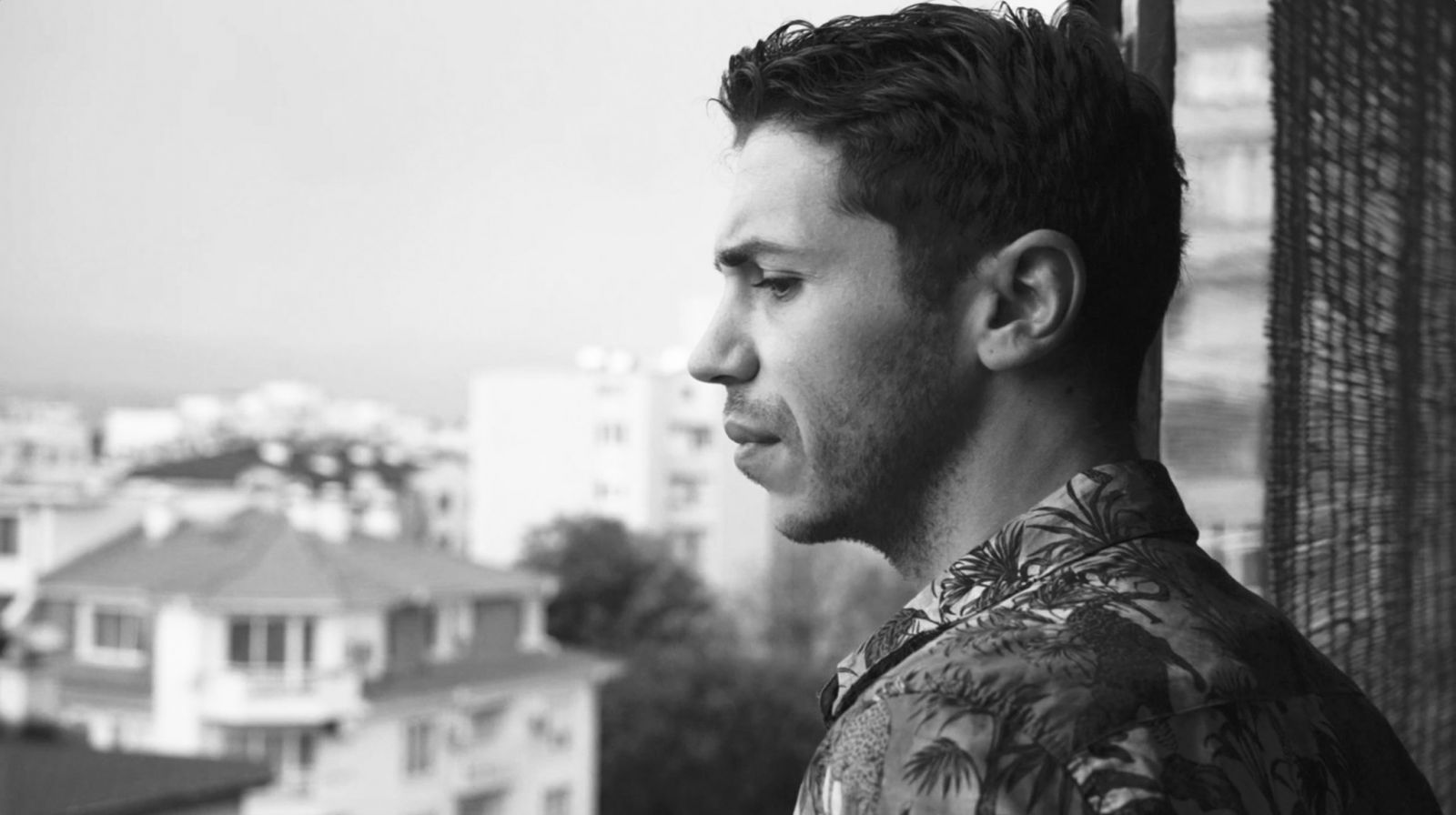 Why would you recommend life in Bulgaria to foreign artists and what would you warn them about?

First of all, Bulgaria is still a European country, it has a rich history and beautiful natural landscapes. I would say that the art scene has evolved in the last few years and more opportunities are opening up. But the main thing is that Bulgaria needs more foreigners to introduce different points of view and exchange knowledge, because the country needs more people to develop the cultural life of many of its cities. It is much more powerful to be an artist living in a small city in Eastern Europe than in a huge capital city where everything has already been done. Here, everything has yet to be done.

“People don't really care about the environment, they burn car tires or toss them in the forest, but at the same time they say they are proud of their mountains" 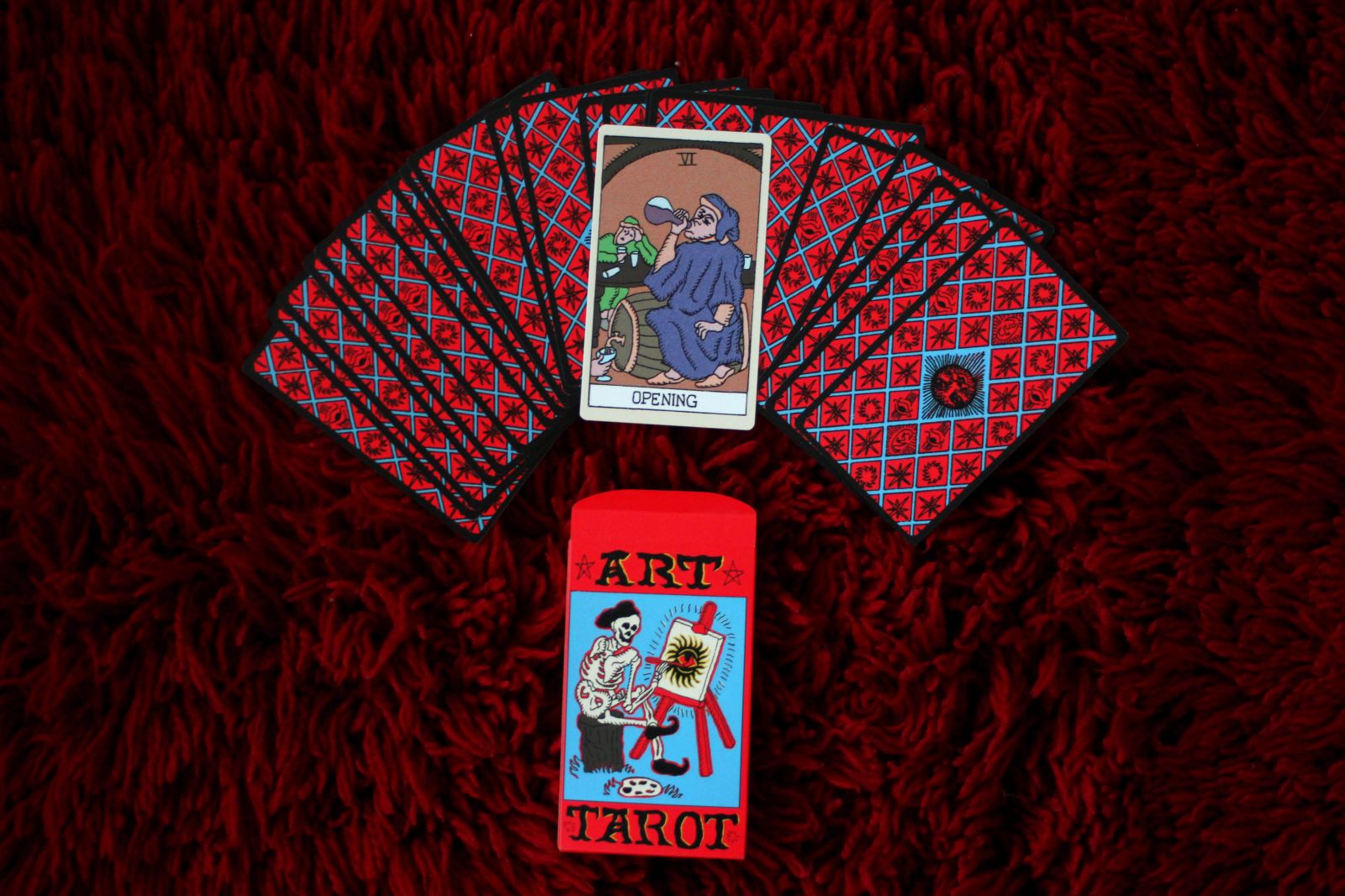 And how did the pandemic change your point of view as an artist?

Nothing has changed for me. I can work from home on the computer or paint, write or walk to my studio. 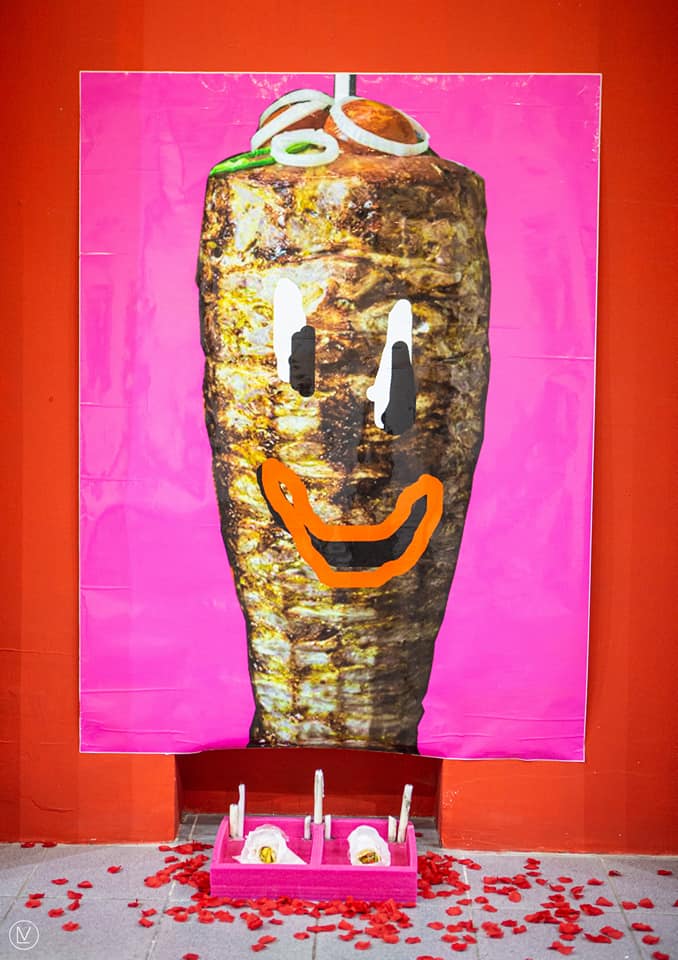 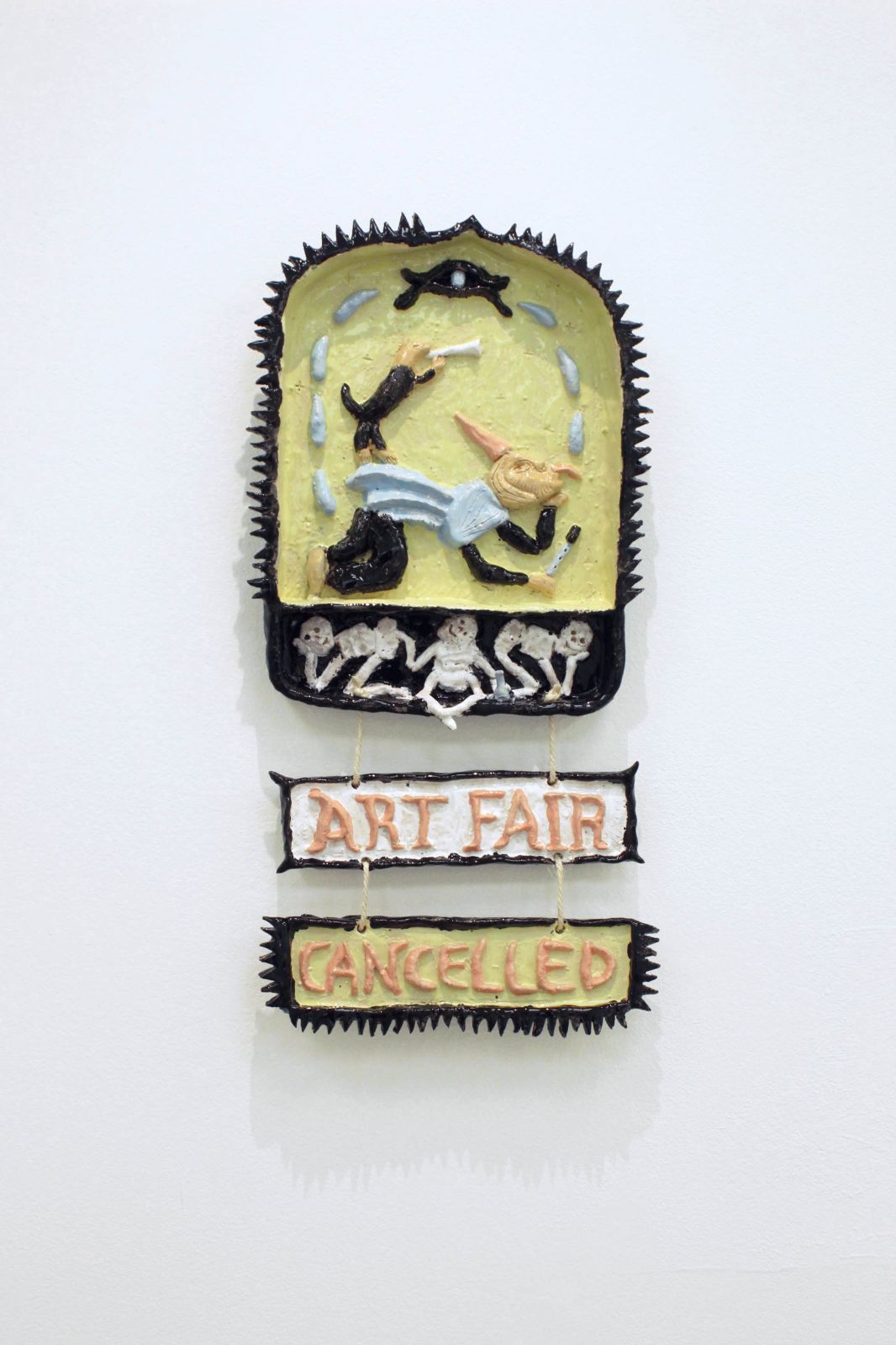 If you were to adapt your deck into something like a Bulgarian Tarot, what are some specific local images you would include?

A Toto card with a magic lottery ticket. The polluter – old men dancing round a bonfire of car tires. Health – with a caricature of Baba Vanga. A card with a collapsing parliament.

You work in different media such as illustration, ceramics, video. Where do you feel most at home and what else would you like to try?

First of all, I like to experiment and I think it's really important to try different materials, techniques and to always be excited to learn something new. I don't have any favorites, but the thing I really like is directing films or videos, because it touches on many different areas – script writing, casting, photography, mise-en-scene, photography... It's a beautiful social experience. I like to brainstorm and develop ideas with the kind of people who trust and follow your idea through to the end – for better or for worse. 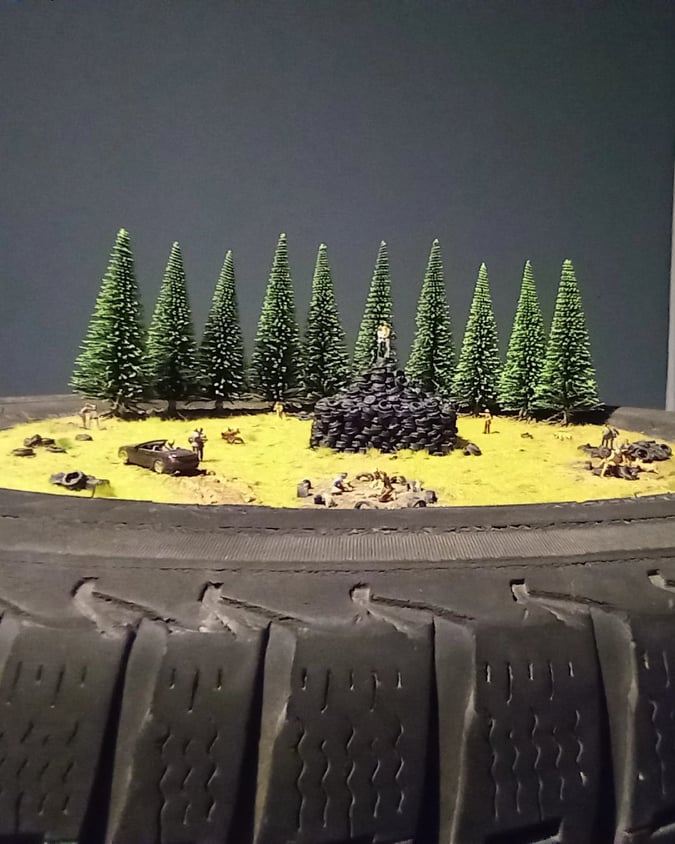 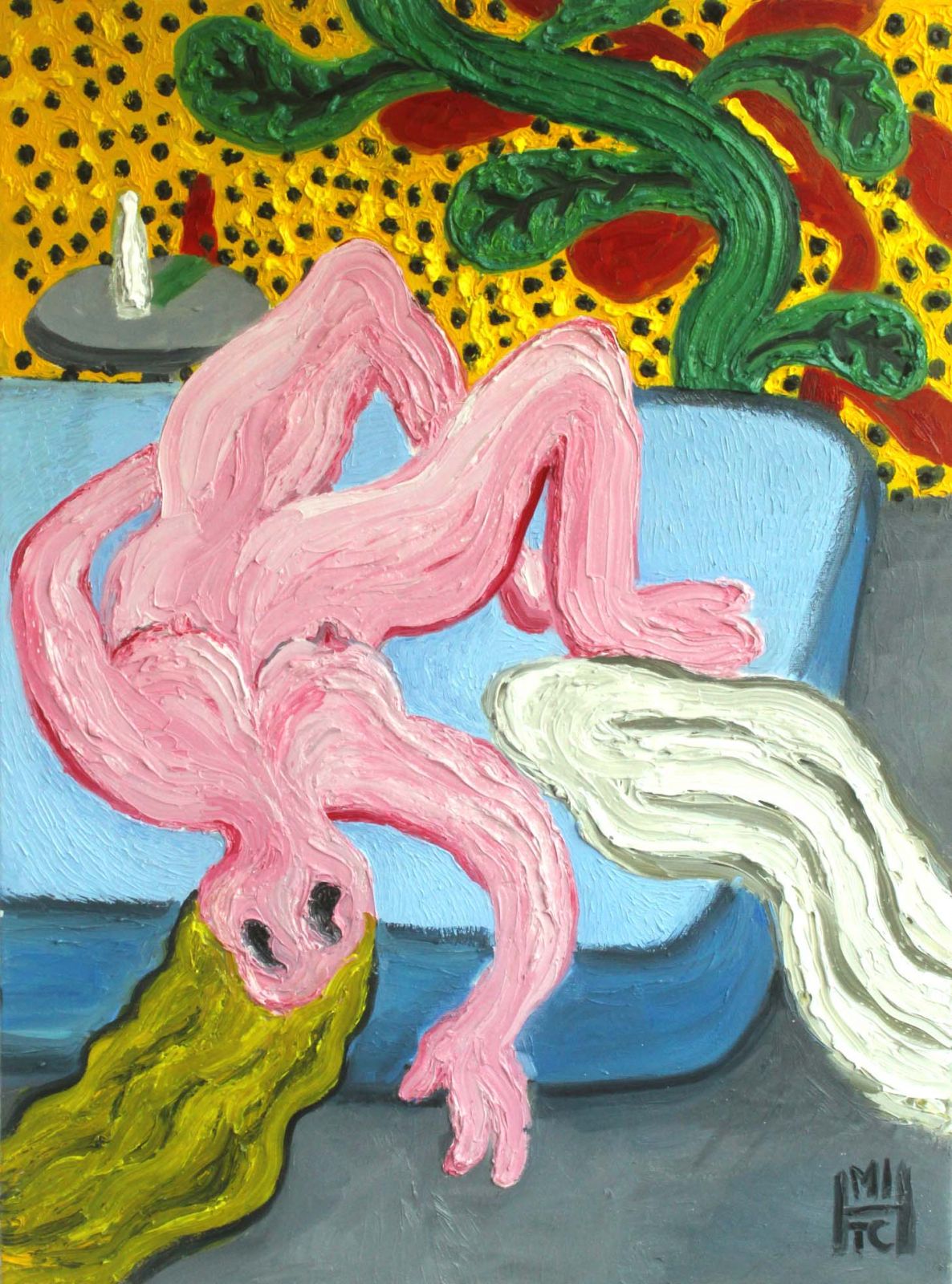 What are you currently working on?

For a year now, I have been working on a large-scale project that includes a virtual art intervention on the largest monument of the Soviet Army in Bulgaria. The virtual medium gives me and my collaborators the freedom to create installations without any restrictions. The only limit is our imagination. One of the layers is a physical art intervention and an augmented reality option. The project takes the audience into a historical game between these two dimensions. We will launch it in September. 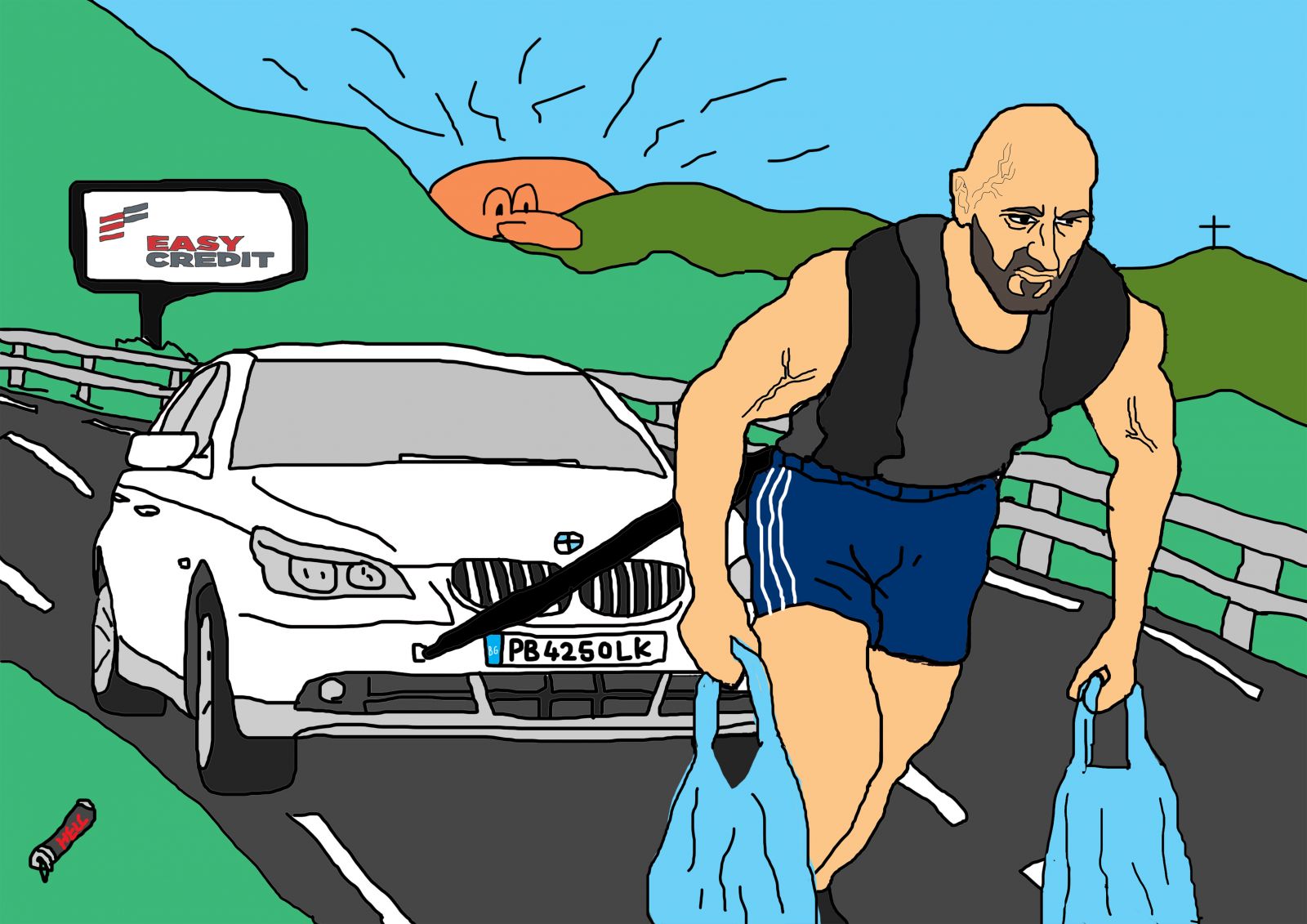 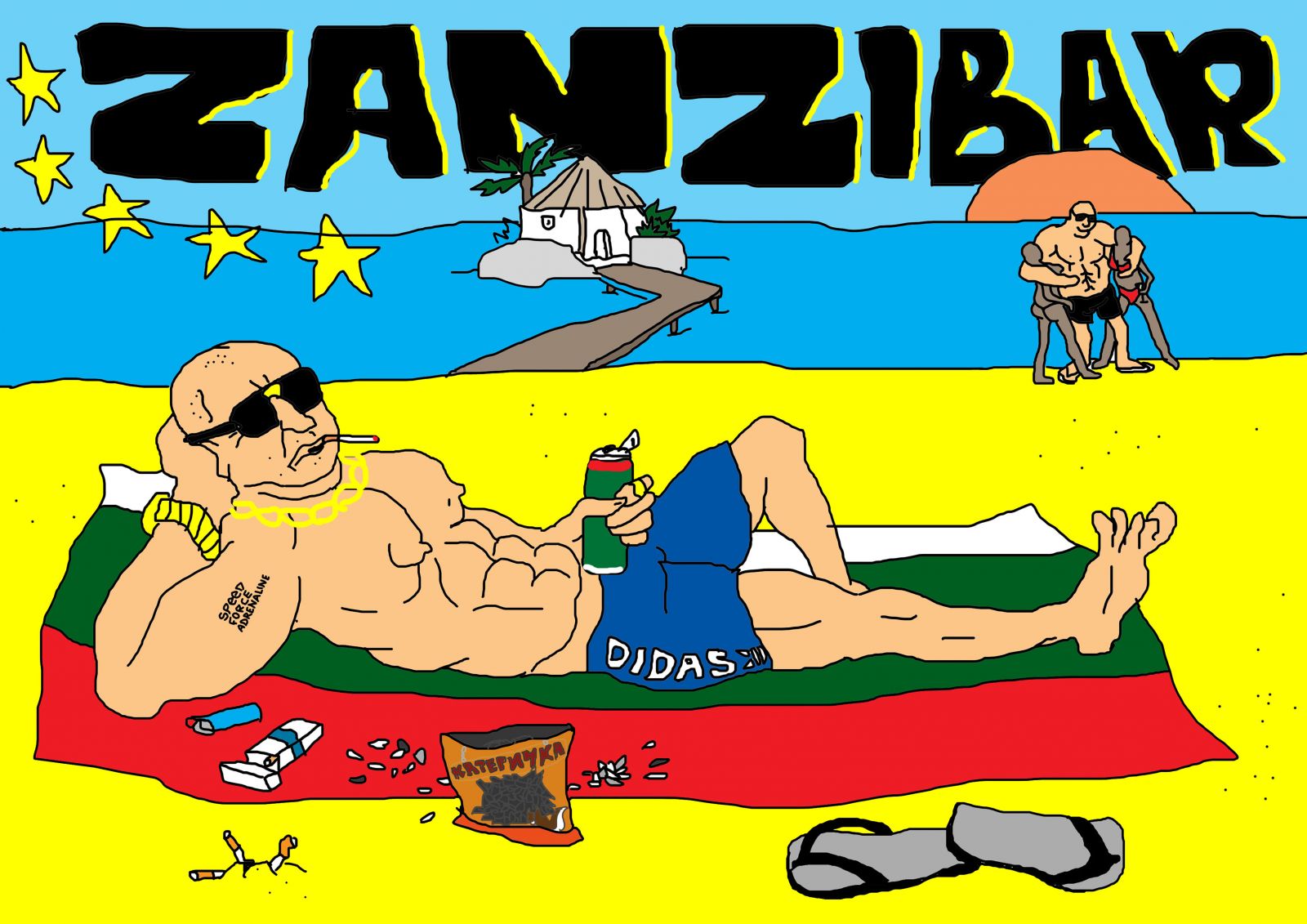 How would you describe Plovdiv in three words?

Bulgarian words that you find unusual or funny? 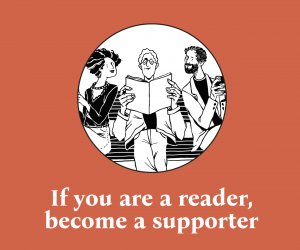