The new edition of Sofia DocuMental crosses all borders

Documentary cinema may not be preferred in cinemas, but on the part of festivals, it acquires increasingly large and interesting dimensions, which already have their genre branches. This is proven by the new edition of the first Bulgarian documentary film festival dedicated to human rights - Sofia DocuМental, which this year will be held from September 19 to 28 at several locations in the capital, such as Largoto, Cinema house, Liumier cinema and the Czech Cultural Center.

"Hard times are not new to Sofia DocuMental, a festival that began as an online event during the pandemic. Third year in a row, times seem ever harder, especially with the war that is waged so close to us. This means only one thing — more than ever we need solidarity and brave voices. Sofia DocuMental addresses this need by offering the best contemporary documentaries focused on the inalienable rights of each and every one of us. We have selected inspiring stories, whose authors will present them in person", says Martichka Bozhilova, artistic director of the festival.

In the festival program we find countless interesting titles, and the organizers will even meet us with some of the people behind them. Here are some ideas of what to watch: 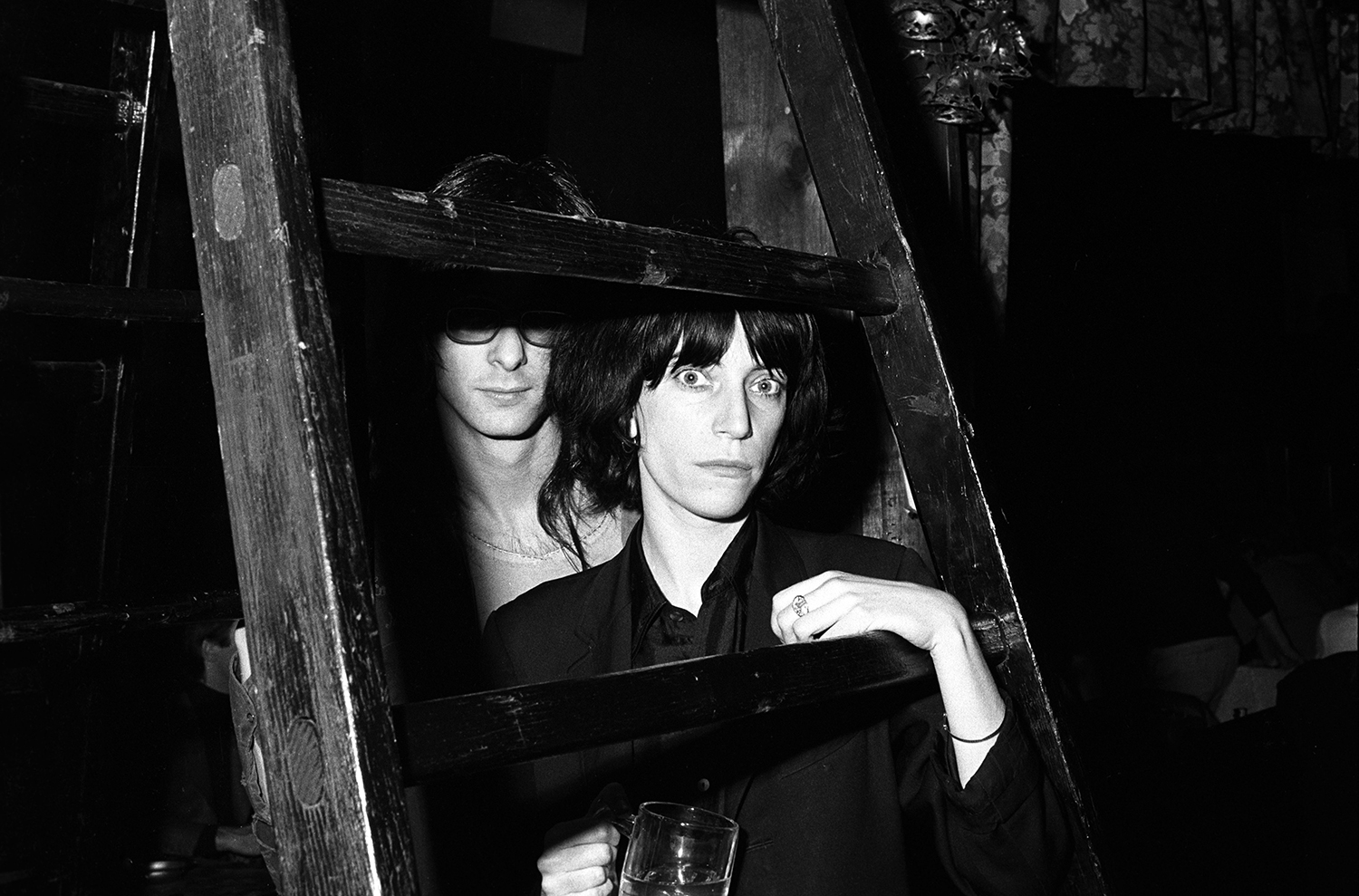 “What better time to speak about issues than the time when there are people who don’t want to hear about them?” Poet or rock singer, performer, or mother — Patti Smith, the "Godmother of Punk," combines several roles in her life. She is the embodiment of freedom, living outside society's expectations. Her debut album Horses hits like a bomb. Patti Smith’s music, poetry, and politics are fearless, funny, raw, and original. The film follows Patti Smith’s punk-icon roots in the 70s through the trials of daily life, her fights for civil rights, anti-war activism and her conviction that artists must say something meaningful through their work instead of just entertain.

This screening is organized in partnership with kvARTal Festival. 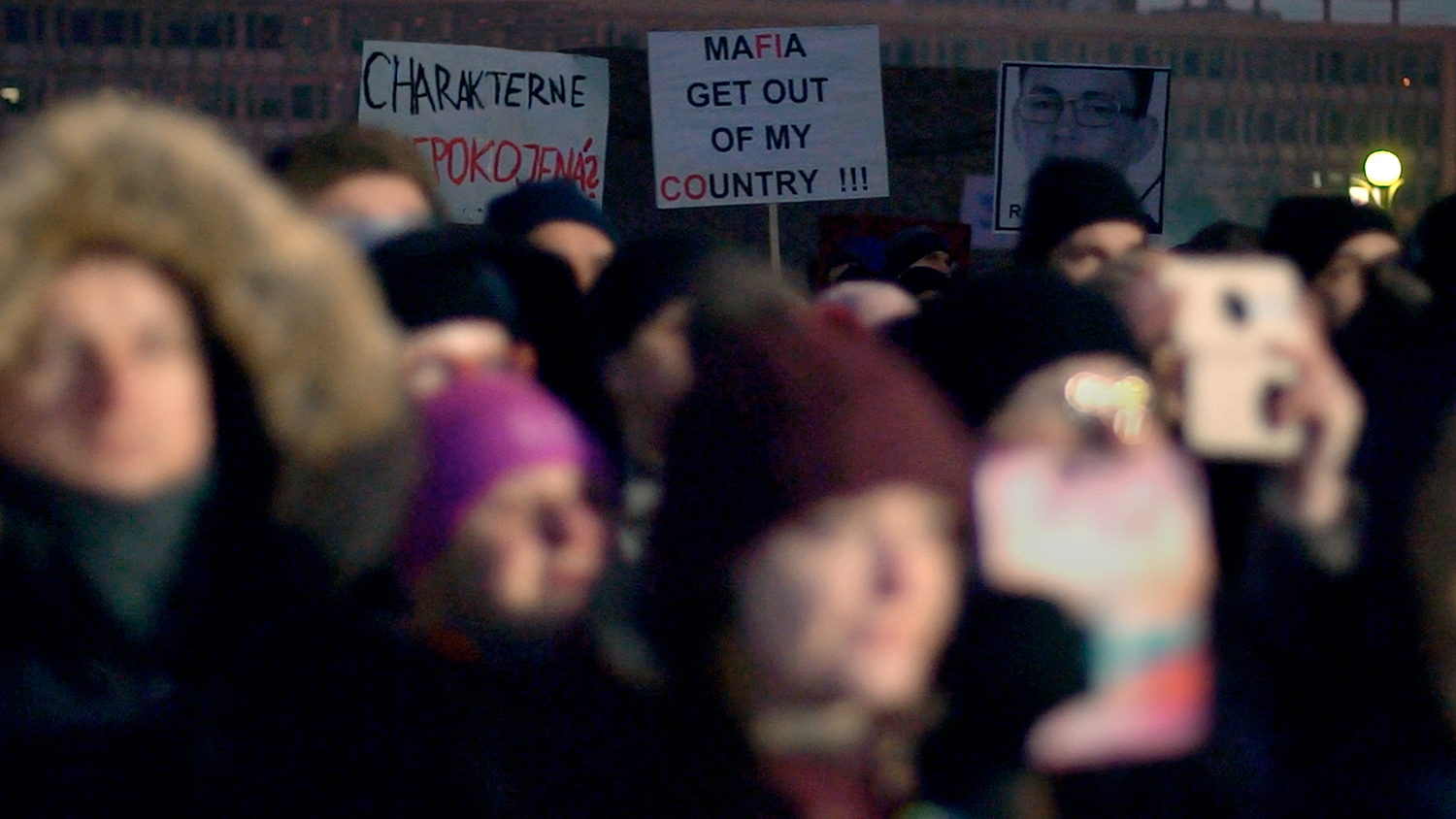 The Killing of a Journalist (2022)
Director: Matt Sarnecki

On the night of February 21, 2018, investigative journalist Ján Kuciak and his fiancée Martina Kušnírová, both just 27 years old, were brutally murdered in their home. It was the first targeted killing of a journalist in Slovakia's history, and shocked citizens protested on a scale not seen since the fall of communism. Kuciak was well known for covering questionable financial connections between politicians and "elite" business tycoons, namely millionaire Marián Kocner. When police failed to meaningfully investigate the prime suspect, journalists mobilized the public. 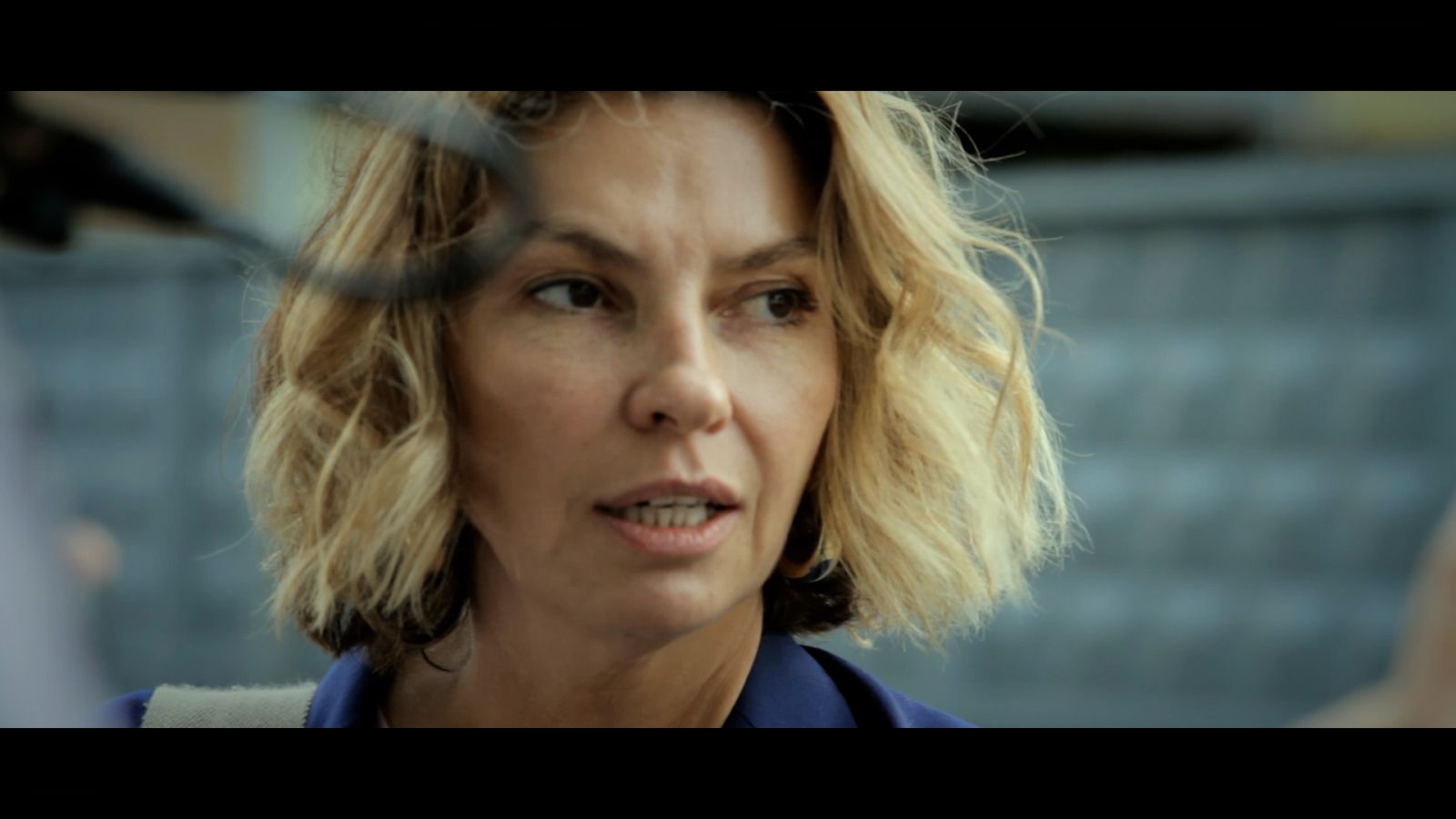 In 2008, Natasha, with no interest in politics, a newly rich woman, decides to open an independent TV station in Russia and builds an open-minded team of outcasts. Her channel - Dozhd, with its gay-friendly work culture, funky branding, and cheeky satire quickly gains a devoted fan base. In 2012, however, Dozhd dared to do something only a few journalists do: it covered the protests that followed Putin’s third-term election. The documentary follows the channel’s removal from lucrative national cable packages, the harassment of its staff, and Natasha’s legal prosecution. How far can one go in protecting fair broadcasting and freedom of speech? 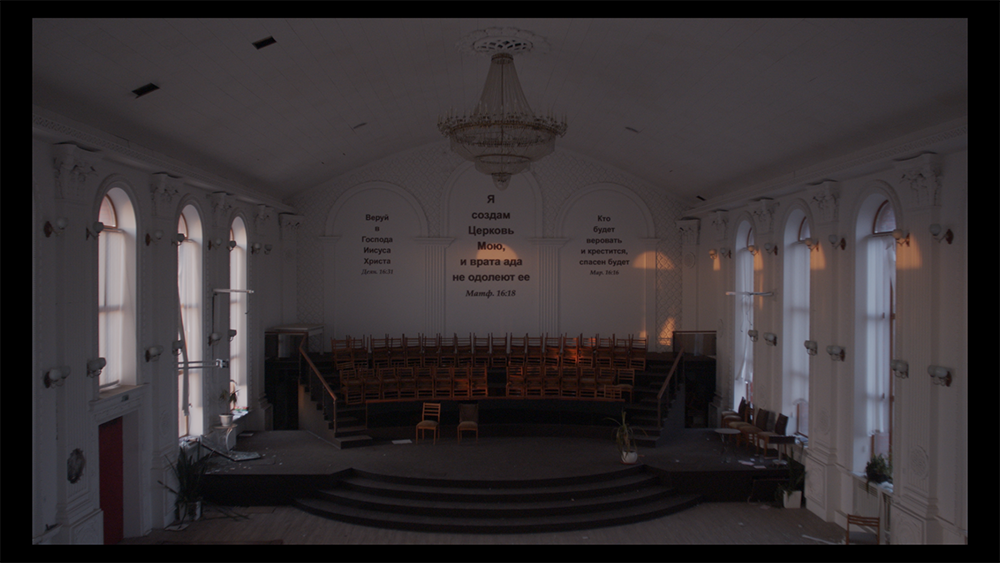 Filmmaker and anthropologist Mantas Kvedaravičius was taken captive and killed by Russian soldiers on April 2nd, during the siege of Mariupol. Hanna Bilobrova's journey with her fiancé to document the suffering of the Ukrainians turned into a quest to find out how Kvedaravičius was killed, to bring his body back to his native Lithuania, and to complete his work. The movie is conceived as a follow-up to Kvedaravičius’ 2016 documentary Mariupolis. The film was shown for the first time at the Cannes Film Festival this year.

Since the pro-Russian separatist uprisings began in Eastern Ukraine in 2014, hundreds of women have joined the armed struggle. Female soldiers are often relegated to administrative posts and portrayed by the media as oddities, who are more concerned with whether they will have enough time for a manicure. But even if the female soldiers at the front naturally don't give up their femininity, they want to play an important role and fight for their country just like their male colleagues. Filmmaker Masha Kondakova went to war with three of these women. This film is both an urgent and brave piece of war journalism  —  one scene literally capturing the filmmaker encamped in a cramped house under shellfire. As the title suggests, the film is not just about the war against Russian separatists, but it focuses also on the internal struggle of women for acceptance in a patriarchal society. 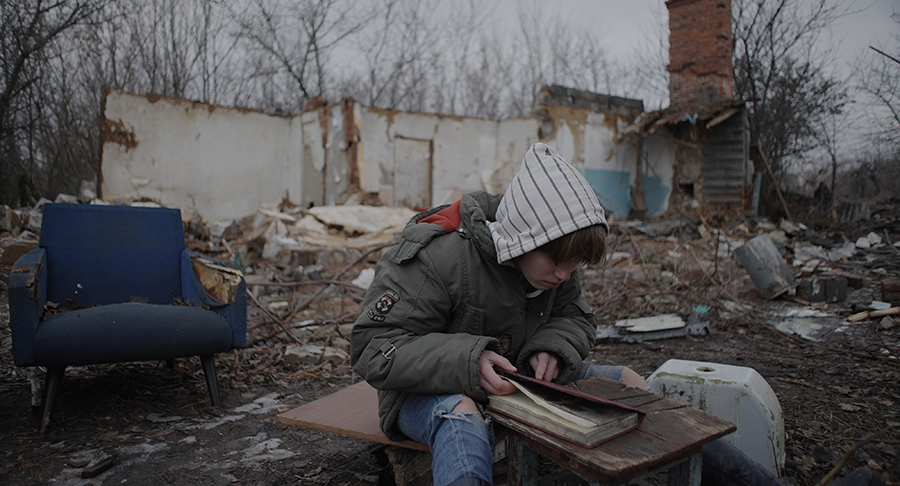 In Eastern Ukraine, the conflict with Russia has left a trail of ruin and desolation. Here lives Nastya, who became a witness to war at age six. Scarred by her experience and yet self-determined, she now makes her way through a dystopian landscape. The camera closely but unobtrusively follows a group of children who wander around the remnants of their former home and life. 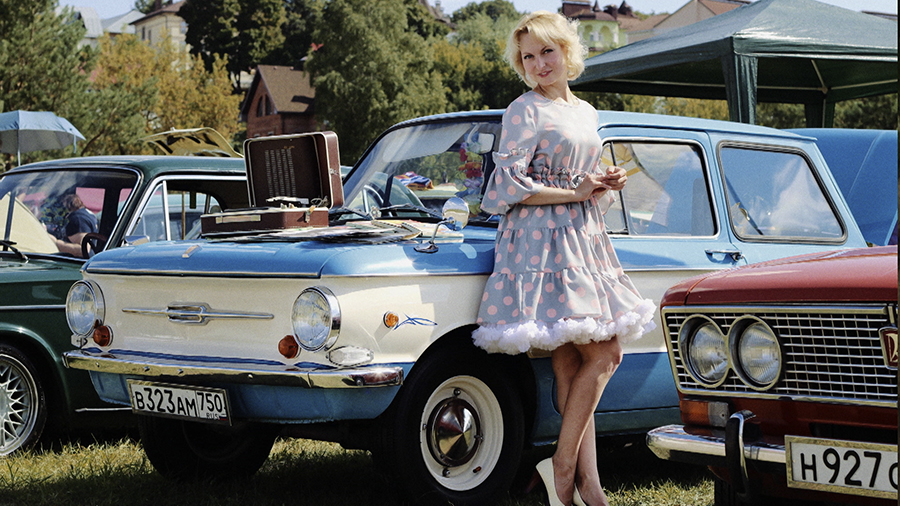 The Cars We Drove Into Capitalism (2021)

During the Cold War, almost every family in the Eastern Bloc treasured and impeccably maintained the car they had waited for so long. This film looks at the fascinating history of socialist automobiles based on select accounts which portray the events and hardships of the time with a touch of humour. The automobile was also seen as a weapon against the imperialist class enemy. For most communist countries, the car was an instrument of propaganda, used to symbolize technological progress and the equality, if not the superiority of their system.

The ticket price is 10 BGN. The festival has prepared a limited number of 10 exclusive accreditations (80 BGN), which give access to all screenings. You can buy tickets at documental.bg and epaygo.bg. 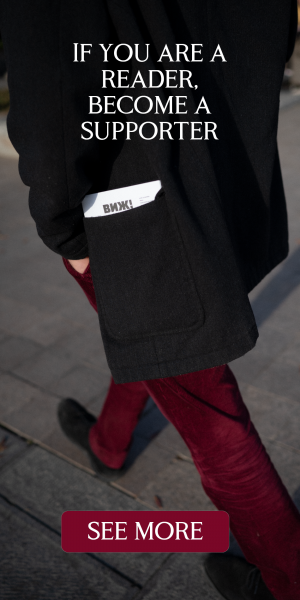 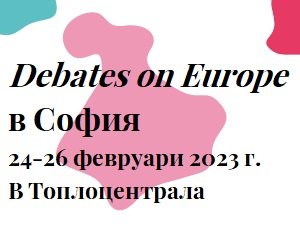 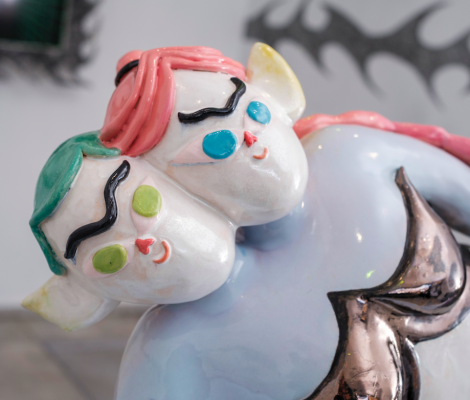 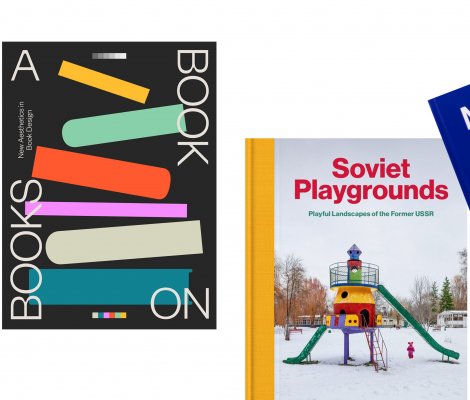