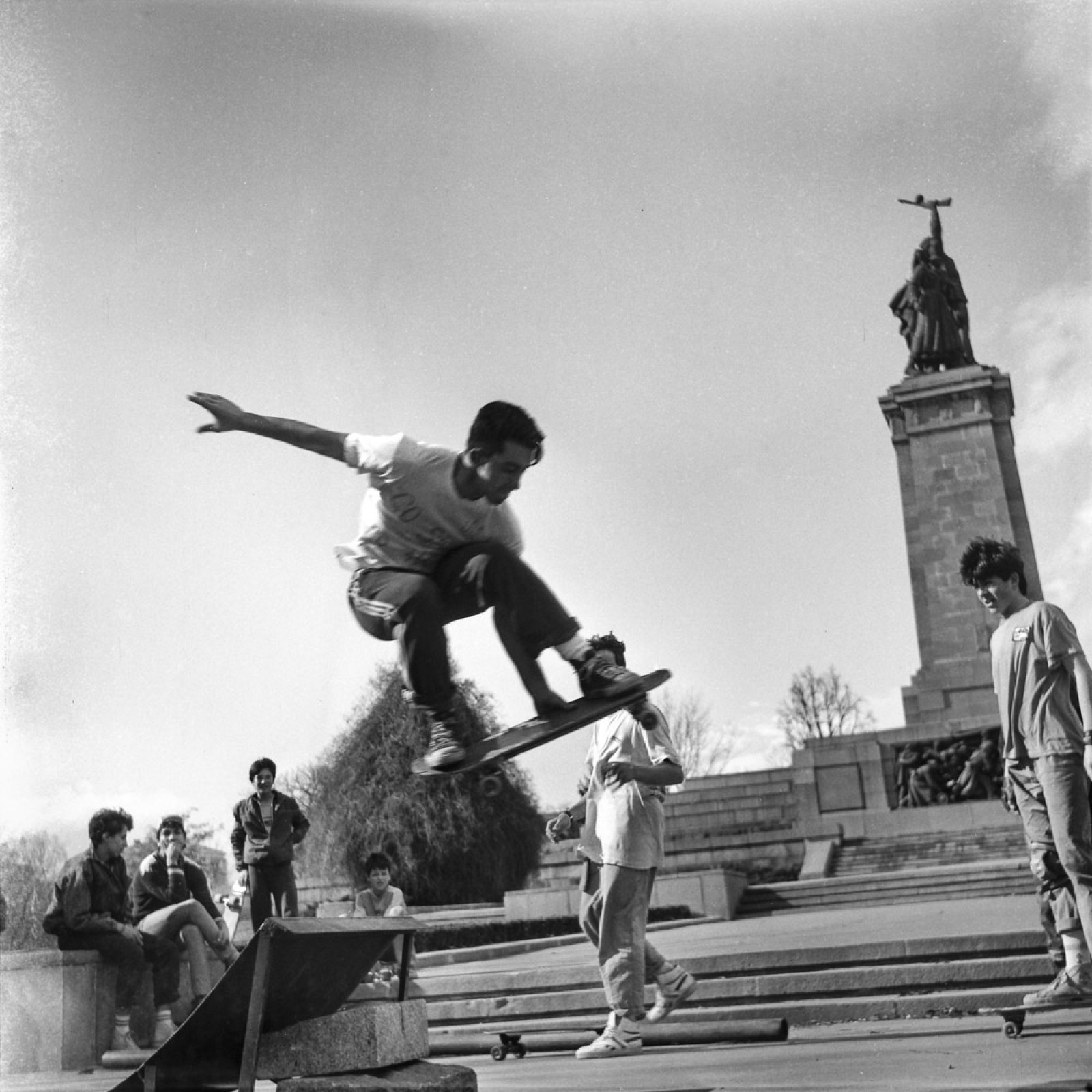 Photographer: Martin Mladenov, from the he exhibition Skaters from the Past
Topic

On the skating board

Adding skateboarding to the list of activities supported by the Youth Union was not only a way for the system to retain control and closely monitor the activities of young people, but also, in its own way, a ridiculous paradox. Because Bulgaria is perhaps one of the few Eastern European countries where skateboarding, a peculiar underground culture, was institutionalized.

Dosyu Amudzhev remembers his first encounter with the skateboard when he was in eighth grade, around 1985, and his classmate Eka Chandra Chakravardaya showed up with one of the first boards. 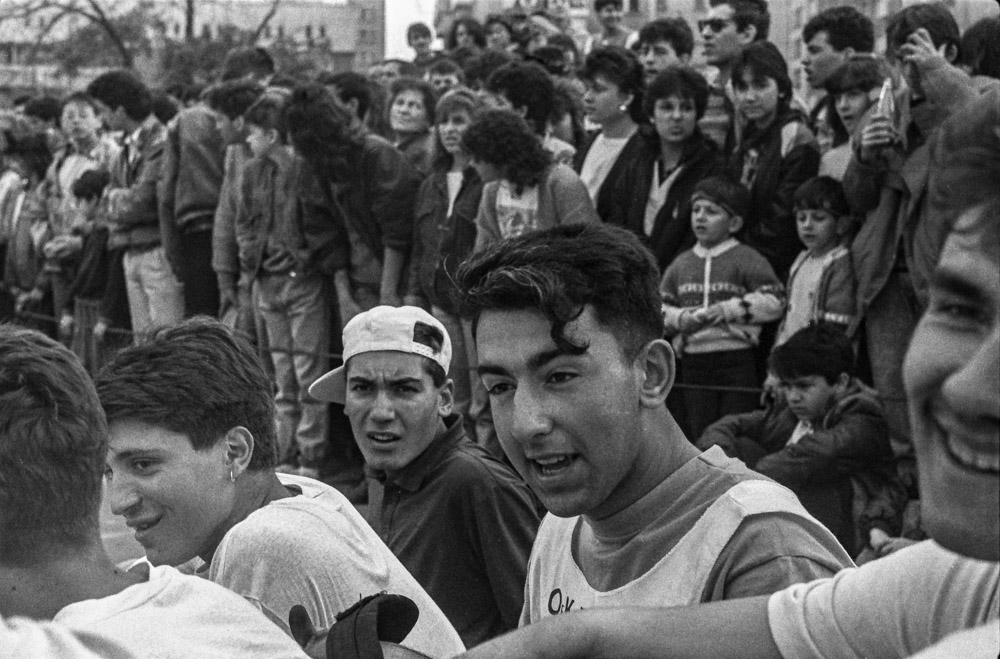 At that time, Sofia's first skaters gathered mainly around lake Ariana. They assembled, combine, cut tires, came up with workarounds for replacement parts. In the beginning, they mostly rode those older, plastic models you could buy at Korekom. Later, wooden ones began to appear. Some found ways to make their own boards, others begged, traded, make arrangements with acquaintances abroad to buy and bring them boards. 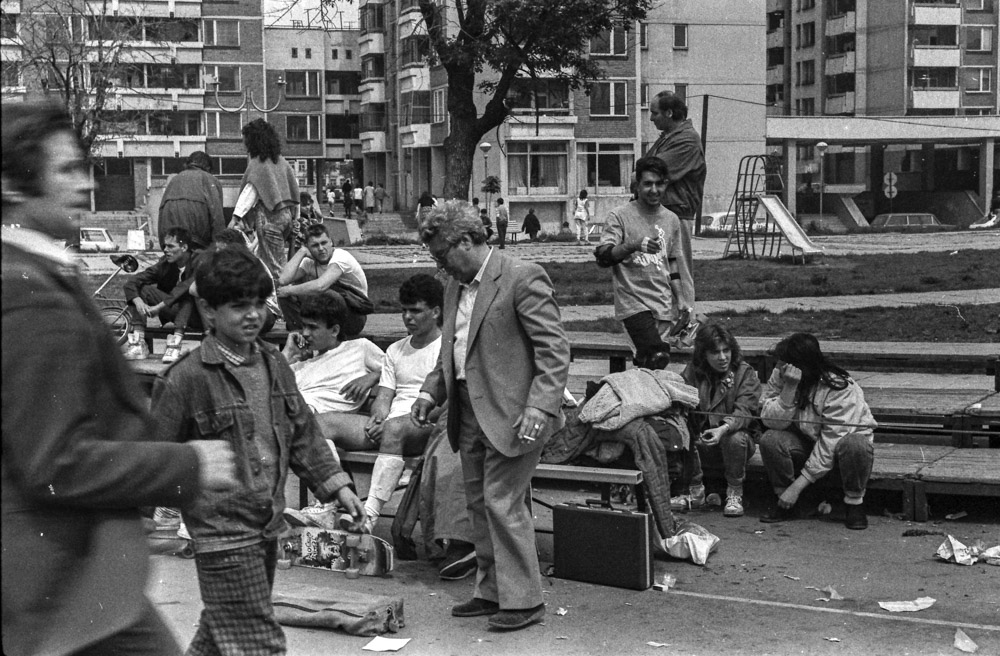 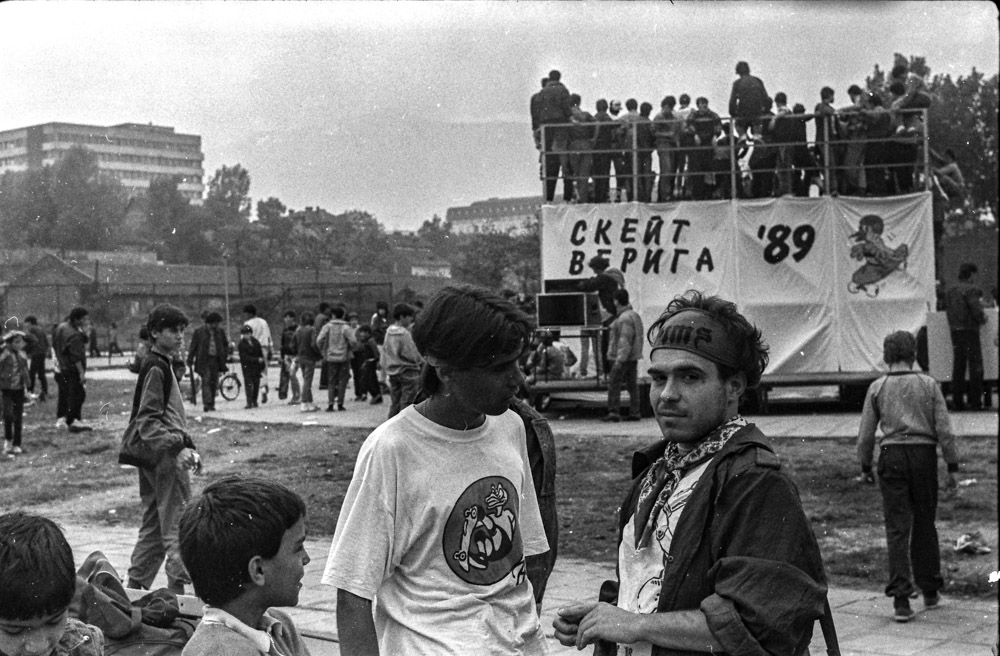 From back then, Dosyu remembers a trip with his father to Czechoslovakia, when he came across a poster in a shop with a skateboarder on a ramp. He bought it and started going around the city and asking where he could see the thing shown in the photo, to no avail. Eventually he came across an old man who recognized the spotlight towers in the stadium visible in the background of the photo, and told him how to get there. This is how Dosyu met some of the Czechoslovaks who were riding back in 86-87.

He will also never forget the time a journalist from the Narodna Mladezh newspaper showed up and how soon after skateboarding was officially considered a sports educational activity and run by the municipal committees of the Dimitrov Communist Youth Union. The skate chain People's Youth was created. For a few young people in the Komsomol, skateboarding proved to be a good way to make their fresh ideas happen, and it was beginning to attract more and more enthusiasts. Mainly in Sofia, Plodiv and Burgas, but also in Plovdiv, Targovishte, Ruse, Pleven, Kazanlak, Kardzhali. Before the first national competition in Sofia in April 1989, various smaller and local events were organized. 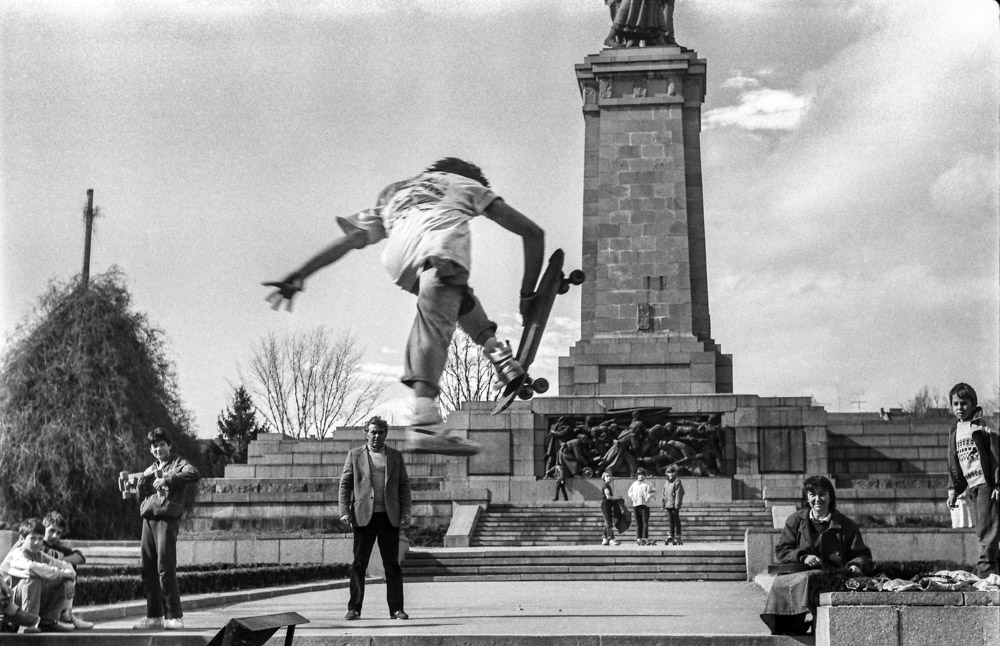 Some of the participants were even sent to a skating camp in Prague. "We nearly lost our minds," Dosyu recalls the visit. They saw real professional skateboarders for the first time – with uniforms, sponsors, equipment, training, and from all over the world. 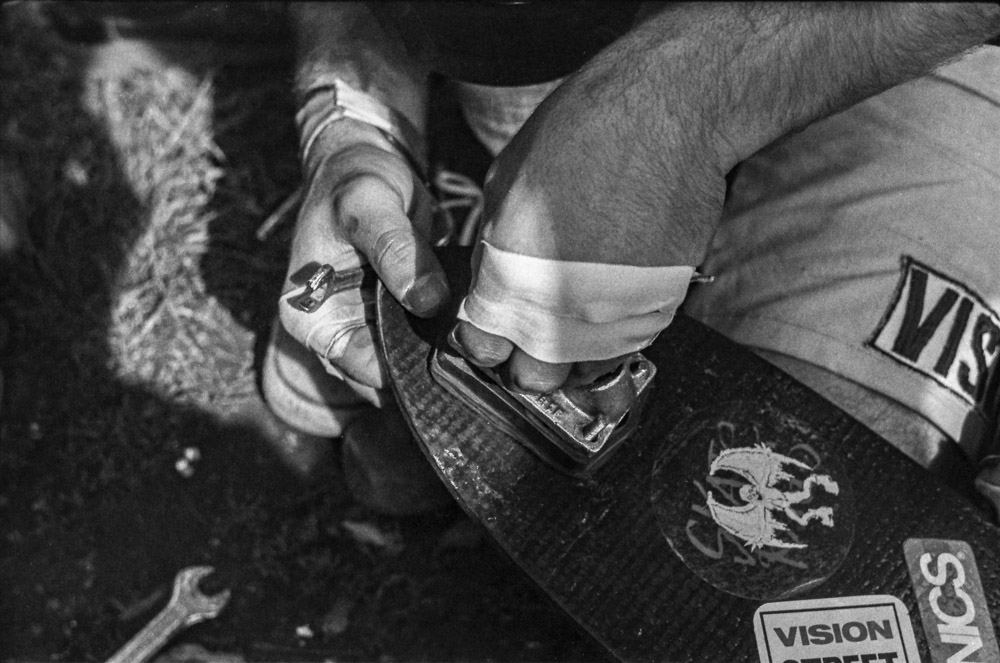 In Prague, he met an English skater who was really moved and felt bad seeing the board Dosyu was riding on. It was white, plastic, bought during his previous visit to Prague, cheaply made and with many DIY improvements. "It was a ridiculous thing to slalom with" and couldn't compare to what everyone else was skating with. The Englishman promised to send him a real board, and they exchanged addresses over beers. Months passed and Dosyu completely forgot about this meeting, until one day he was summoned to the customs office to explain what was in a shipment sent to him from Britain. A man asked him many questions about the backstory and contents of the shipment. They opened the package in front of him. "It was a beautiful black slalom board. Wrapped in cellophane! I was so touched, and in the end I was allowed to take it home because I was a member of the Komsomol.” 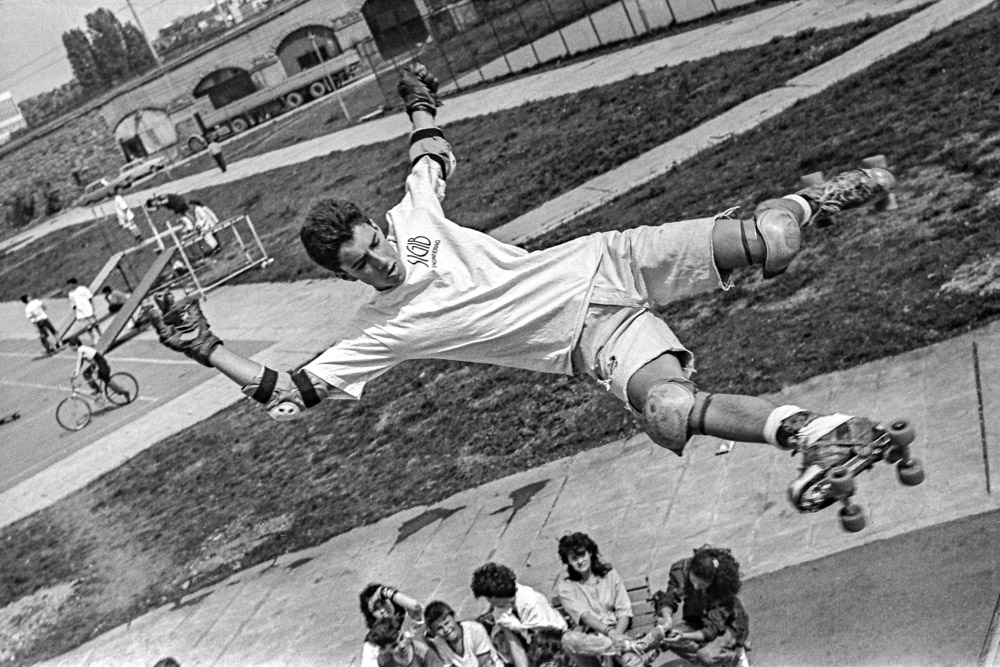 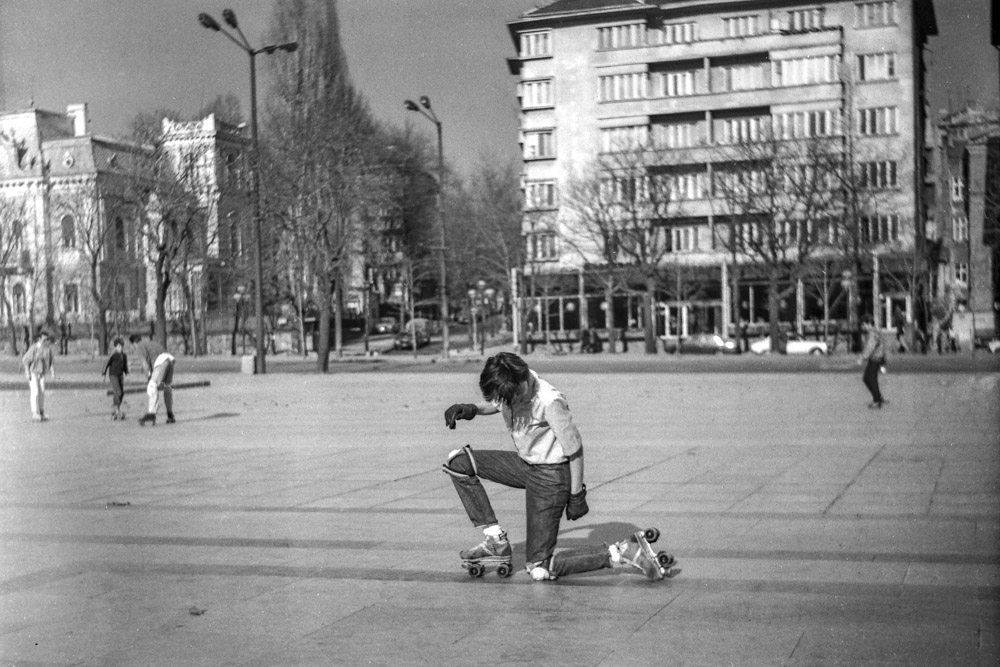 He thinks that adding skateboarding to the list of activities supported by the Youth Union was not only a way for the system to retain control and closely monitor the activities of young people, but also, in its own way, a ridiculous paradox.

Because, he believes, Bulgaria is perhaps one of the few Eastern European countries where skateboarding, a peculiar underground culture, was institutionalized. 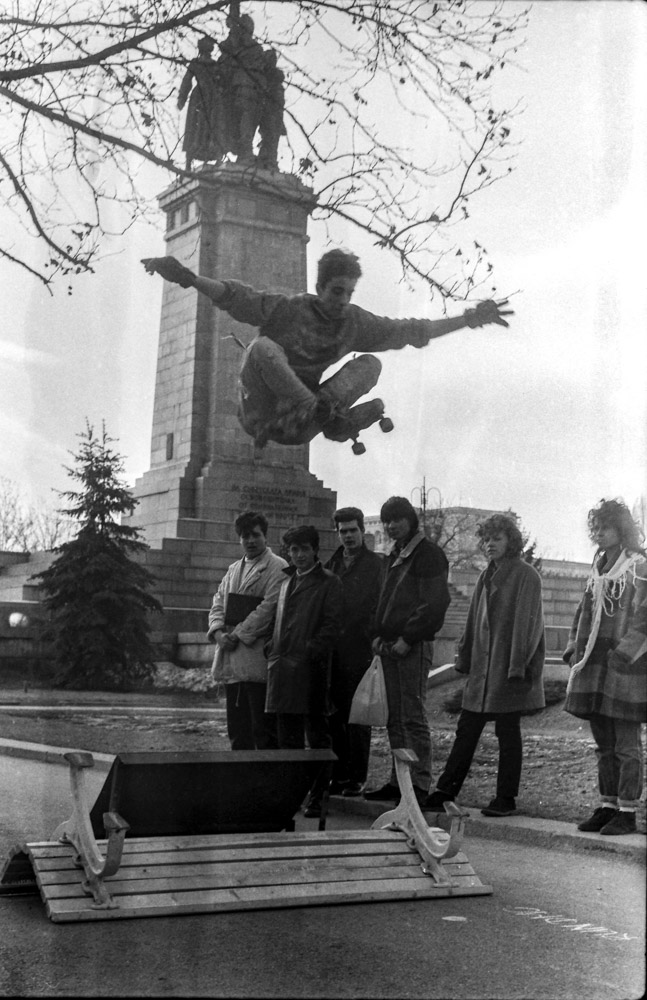 After the National Championship in 1989, Bulgarian participants were invited to the European Skateboarding Championships in the Czech Republic, for which the Komsomol provided Adidas uniforms made in Bulgaria. "It was very funny to see everyone else looking a little unkempt, while we all wore the same brand new uniform. A Swede even said that we obviously had very rich sponsors because we could afford to wear this brand. We didn't even know that these brands were expensive in the West. Many of us exchanged them for professional T-shirts." 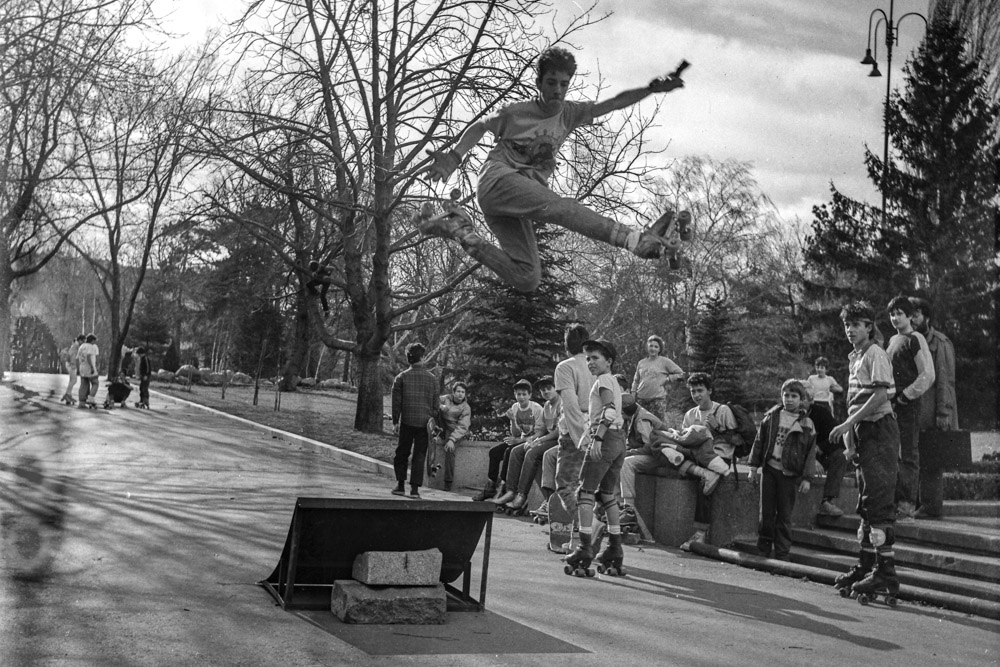 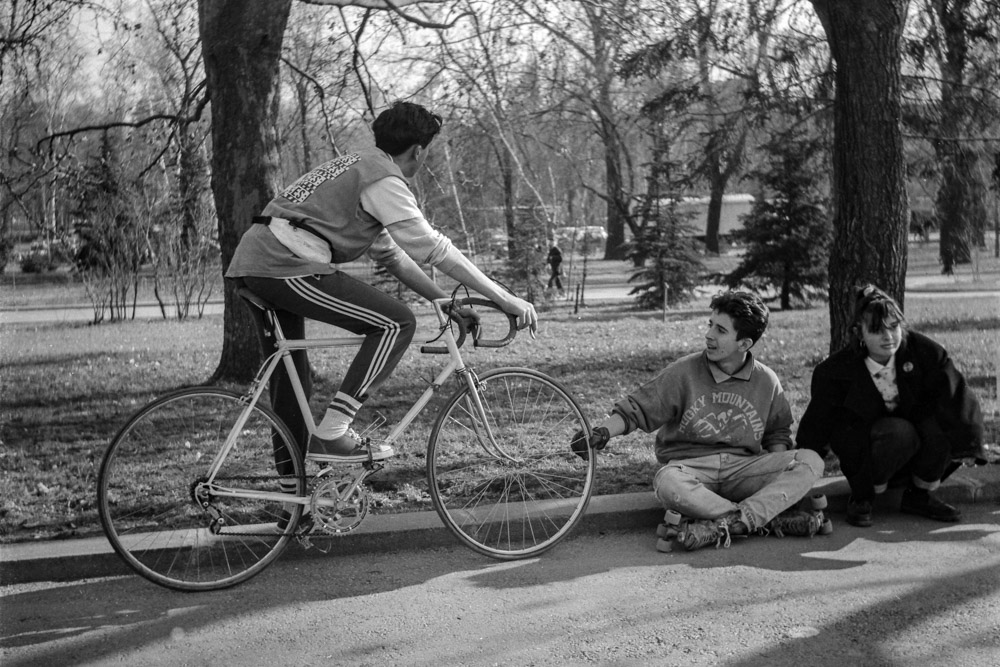 Before they could get real boards, many, like Dosyu, looked for homemade alternatives. They got help from carpenters, learned to work with plywood, cut shapes, used resin press. Then they had to wait for about a week to test the result and see if it worked at all. They broke their boards, made new ones. A friend of his called Moni Monev told him: "Dosyu, I will always remember you with your skateboard and your wrench."

His youthful hobby also left lasting memories for his family. He asked a relative to bring him original Santa Cruz OJ wheels. They cost 180 marks, and his father vowed to leave them to sit in his grandmother's cabinet for a bit, because they were more valuable than her porcelain. 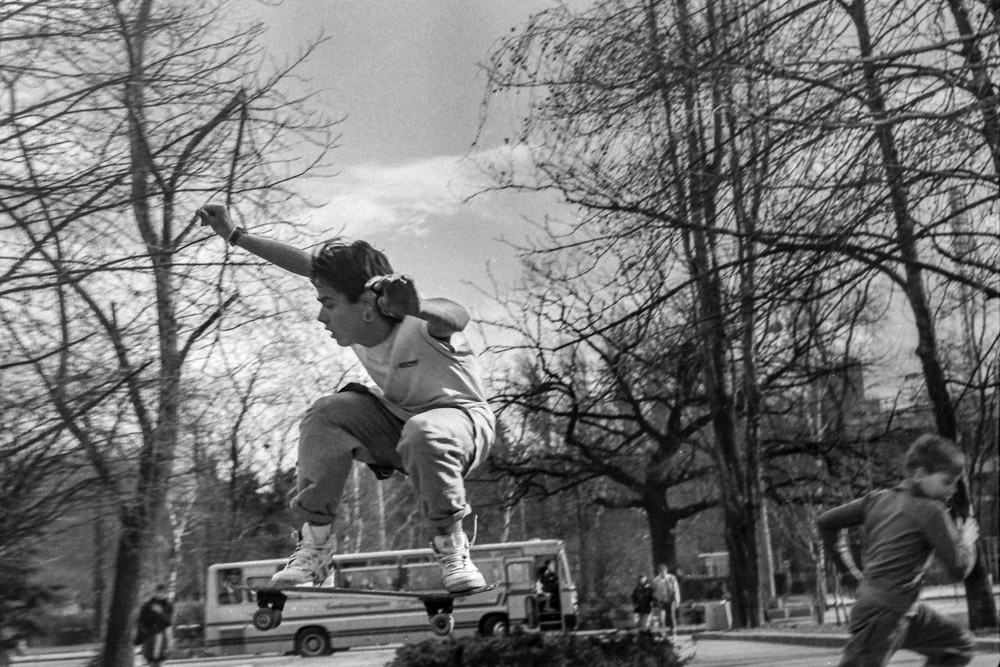 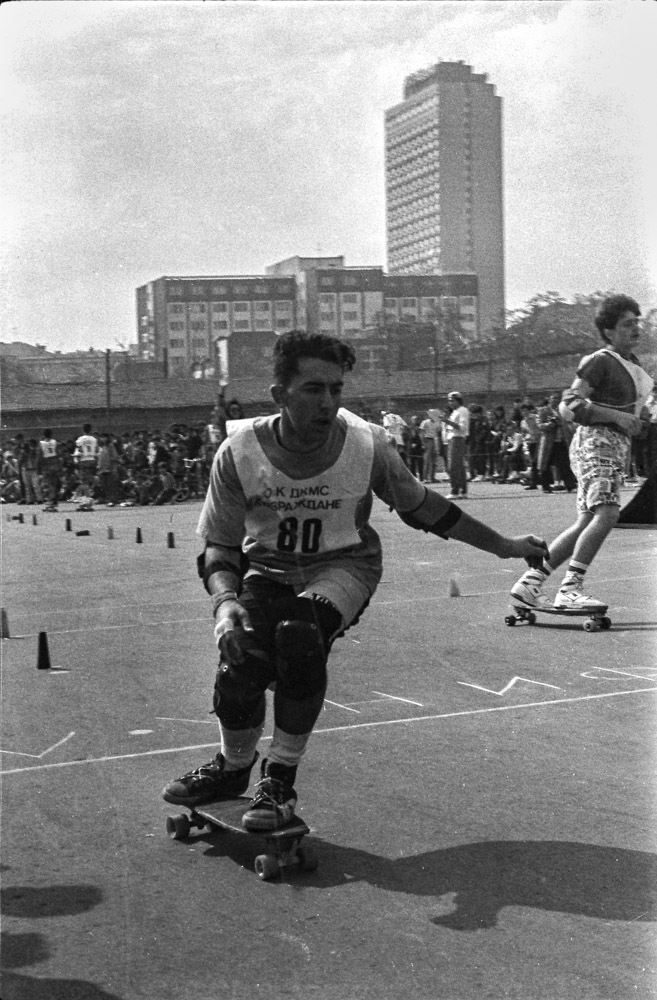 So the summer of 1989 passed and in the autumn Dosyu left to do military service, while the skate chain Narodna Mladezh remained in the hands of the Komsomol. While it still existed.