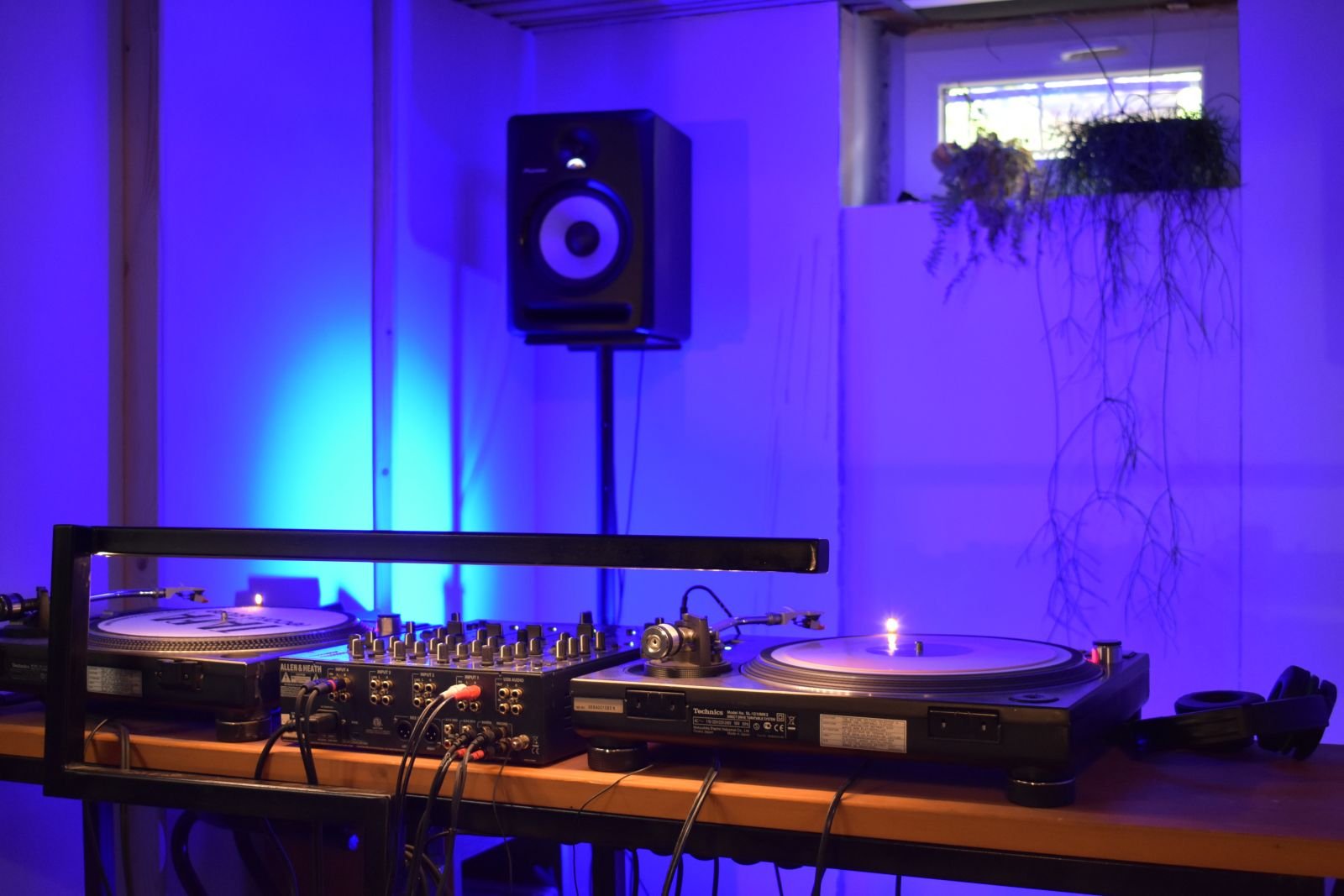 After years in which vinyl factories and record companies around the world suffered from the lack of profitable interest in their product, with its high sound quality and collector's value, and many expected an even darker future of total market collapse, a new trend surprised everyone – a significant jump in vinyl sales.

The force with which streaming platforms swept the global music business has led to the decline of many physical media, which had previously competed for shelf space in the libraries of Bulgarian music lovers. But after years in which vinyl factories and record companies around the world suffered from the lack of profitable interest in their product, with its high sound quality and collector's value, and many expected an even darker future of total market collapse, a new trend surprised everyone – a significant jump in vinyl sales. This slow but glorious process has been going on for over fifteen years now. Although the pandemic dealt another severe blow to the sale of physical media in early 2020 with the closure of many music stores, vinyl sales continued to grow, and in the same year, for the first time in thirty-four years, overtook CD sales worldwide. There are all sorts of reasons for this phenomenon and they are not solely focused on the much better, richer and denser sound that vinyl offers, nor on the almost theatrical feeling of bringing a record out, playing it and storing it, the appreciation of covers as separate works of art or the pleasure of accumulating an invaluable collection while also meaningfully and tangibly supporting a favorite artist.

Although this revival has been ongoing in foreign markets for years now, in our country, vinyl records have long been regarded as a retro item, associated mostly with nostalgia for Balkanton studio releases and the thrill of shopping at the Corecom imported goods store. There have always been local connoisseurs and music lovers who would regularly spend a considerable amount of their paycheck in order to fill a gap in their collection, but they were not enough to support a real local market, and until recently they had to mostly order from abroad or online if they wanted a diverse selection of new releases.

Still, interest in vinyl has been increasing here for several years now, albeit belatedly. Dukyan Meloman confirms this – one of the first stores to sell gramophone records after 1989, and one of the first local incarnations of the record shop since the first half of the 90s. "We started our personal collections then and it was natural to also share this knowledge of vinyl records with our customers. There were very few new records in the 90s, mostly jazz titles produced in the 80s and of course we mainly offered second hand records. At that time, many personal collections were being resold and many interesting things emerged for collectors. Clients were often perplexed about why we insisted on vinyl during the years of the CD boom, but there were also those who to this day have a ritual of buying a new record each week," say Margarita Borisova and her husband Yavor Ganchev, who have been in charge of this small island of music at Shesti Septemvri #7A for almost 30 years.

In the beginning, the people buying records there were older customers looking for classical music and jazz. "That made a lot of sense, after all, most of what was offered back then were such titles, and these were the very few dedicated collectors. You could talk to them for hours about music, hear their stories about certain records that they had a hard time finding and had spent years looking for them." Socialist-era collectors would sometimes part with one of their treasures and usually told us something interesting about it," they recall. 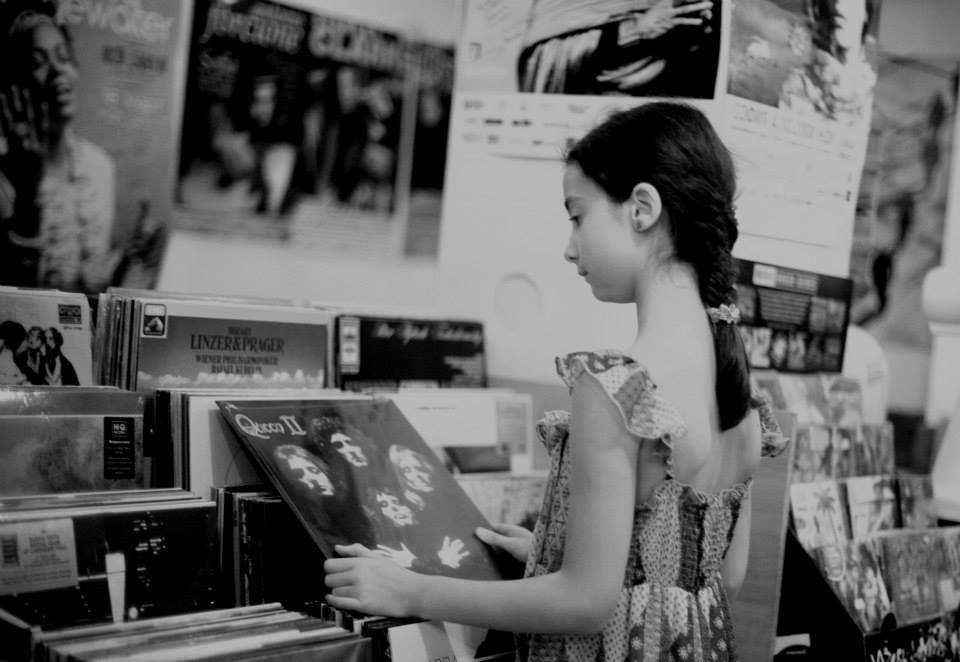 In the late 90s, they turned to independent labels such as Intuition, Network Medien and began to distribute them. "Others would just ignore us. The turning point came when, with the help and support of Lyudmil Fotev, the director of RFI in Sofia, we started distributing the cult label for jazz and new classical music ECM in 2003. From that moment on, other independent labels began to seek us out, that's how ACT, Telarc, Heads Up, Enja, Ziriguiboom, World Circuit started working with us, some of them don't even exist anymore."

Twenty years ago, one of their main challenges was the delivery of goods, which came with countless unnecessary documents, a ton of lost time and nerves shot due to the various whims of customs officials. "Today the community is quite large, and the most important thing is that young people are now excited to listen to records. Every day we see groups of young people just browsing the records and enjoying the beauty of albums by their favorite artists and bands. Many of them have these spontaneous reactions when, with trembling hands and unbelieving eyes, they touch records by their favorite artists,"the two note. 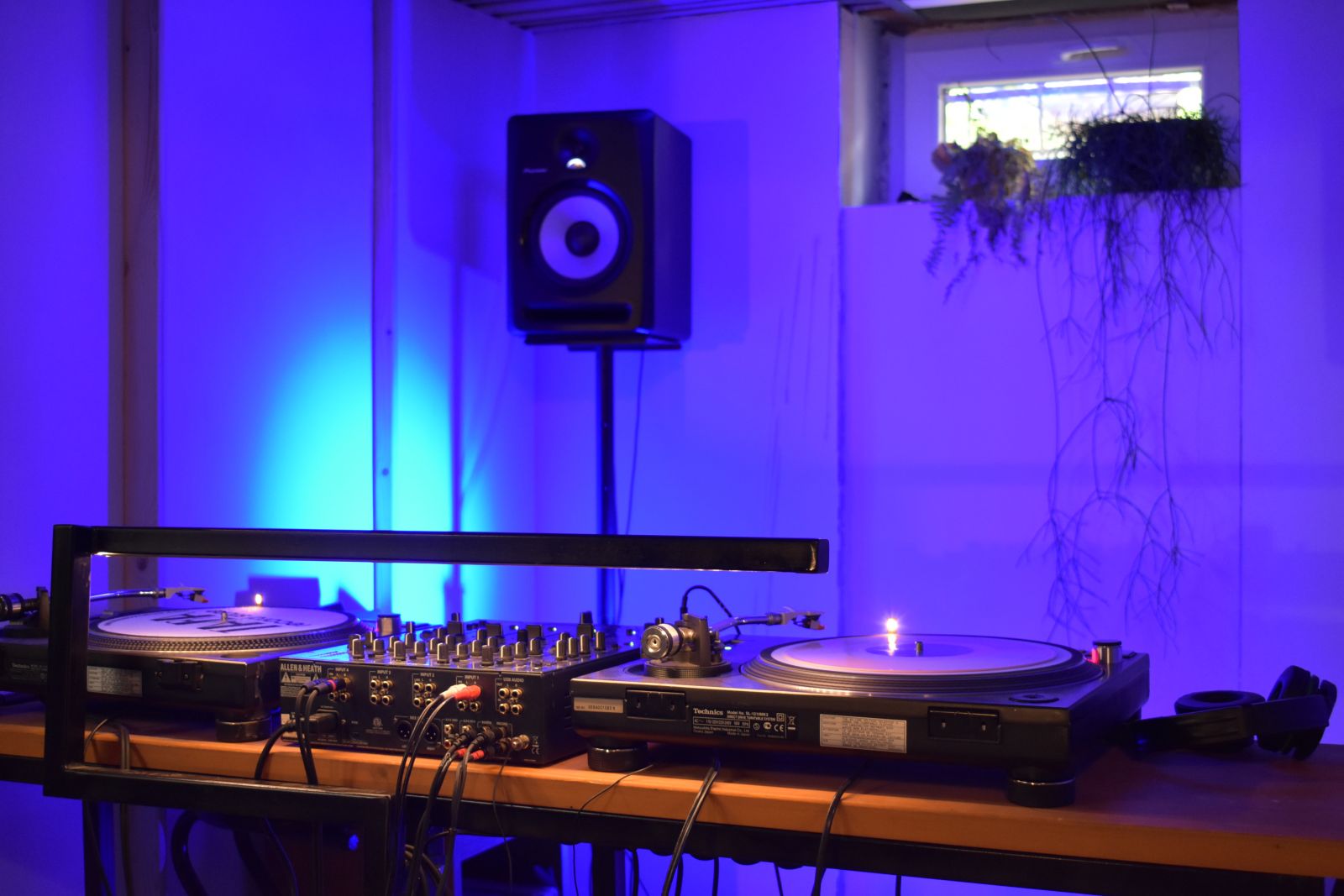 One of the newest additions to Sofia's record shop landscape is Tava at 52 Tsar Asen Street, which opened just a few months before the Covid pandemic began, though it had been online since February 2019, says one of its founders, Vladimir Stamenov. "However, this turned out to be the 'moment of truth' – we received support from so many people and realized that we were doing something significant. Right now, we are proud to be able to organize several music events in our store every week. Local artists, and more and more foreign artists, come to play records and share their art in our space," he adds. Together with Martina Kazakova, he maintains not just the physical location, but also the online version of the store, which focuses on electronic music.

Their goal is for TAVA to be not just a home for listening and shopping, but also for in-store sessions with music selected by vinyl collectors, artists and lovers of electronic music, which they record and broadcast on YouTube. After an additional acoustic treatment of the entire space last year, they hope that the atmosphere they have created will be "yet another reason for people in Sofia to choose to listen to this week's new records in our store with a drink in hand." 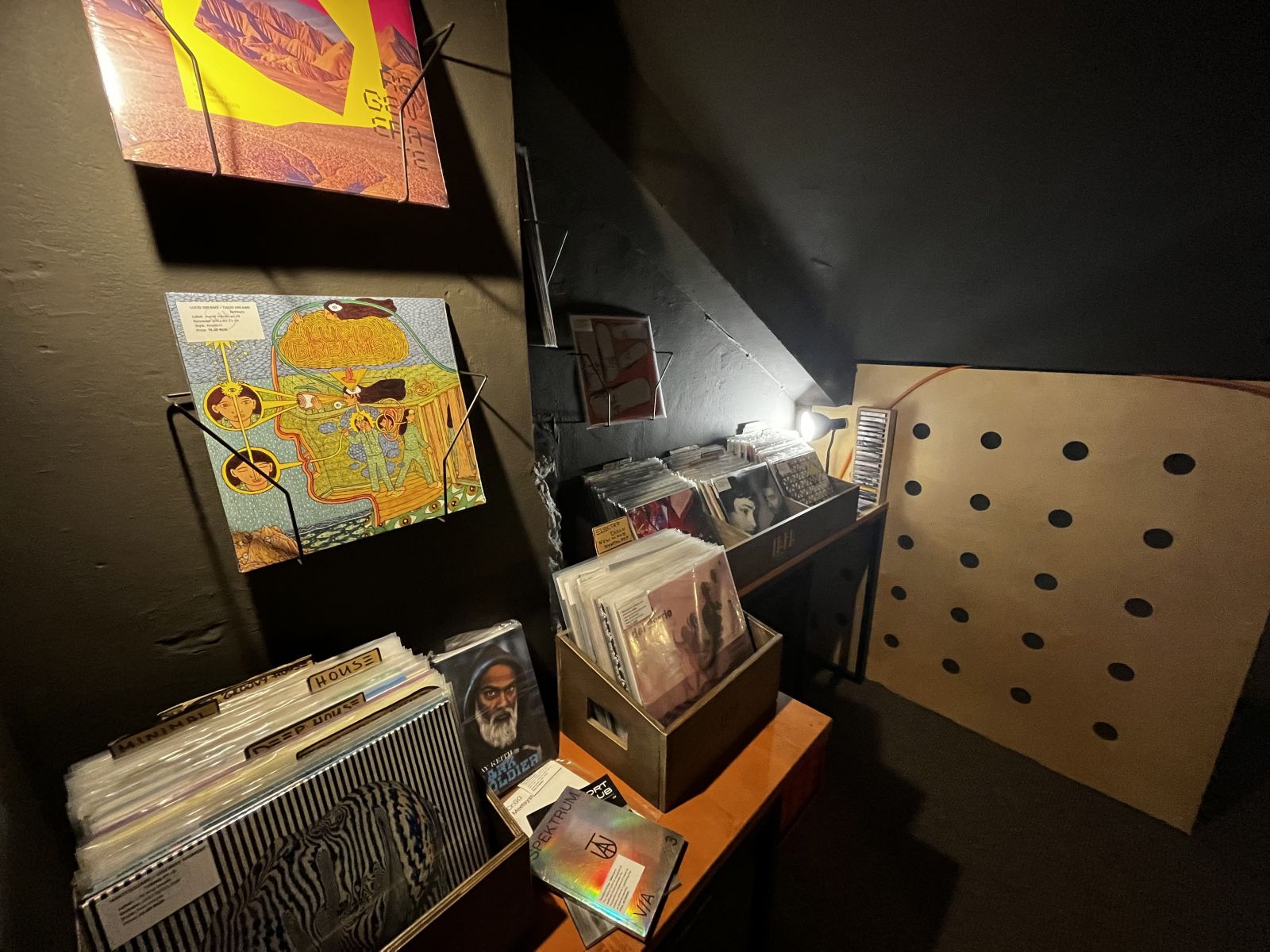 In addition to selling "fresh" titles that are hot off the press, which are available on the official release date, the store also offers fans the option of selling items from their collections. "A record that is no longer needed by someone can be a real treasure in the hands of another. Whenever someone's collection enters the store, there is a special excitement in the air – both for us and for our customers who come in on a treasure hunt," they explain.

They believe that the Balkans have great potential for developing the electronic music scene and culture. They have noticed that classic records are a mainstay in people's shopping carts, and if they had to generalize, their customers prefer techno and minimal genres. "It makes us very happy that there is a lasting trend towards the old school sound from before 2000." As for which cities in the country place the most online orders, they say: "Our answer will hardly surprise anyone. But for us it is a small victory every time we see a smaller town in the address field of the order. That's what we are fighting for."

Anton Dobrev, founder of the Bulgarian online store for vinyl records Laterna, agrees with these observation. A couple of years after its founding, his website has gained the respect of vinyl lovers in Bulgaria who are looking for the latest independent releases, and who admire not just the customer service, but also the excellent selection, as well as the availability of titles which on become boutique editions as early as their pre-sale abroad and are generally quite difficult to obtain.

"This is possible with the help of modern technologies that allow us to maintain and update the catalog, including records in pre-sale, in real time, as well as to automate a number of other procedures such as order processing. The online platform allows for more efficient organization, even better prices, which is not possible in a physical store – but it is not as effective when it comes to satisfaction. But in most cases, these are two different kinds of experience that can easily go hand in hand," he says.

He says that the main rule he follows in his selection is "only records that I would buy for myself" plus titles that the audience is interested in and fit into the musical profile of the store. Because of the store's good relationship and mutual support with a number of labels and record distributors, deliveries are never an issue, and everyone is happy for their music to reach people in Bulgaria, regardless of how many titles get sold. "The small capacity can be a problem when we can't stock up a number of quality releases which can and should be in our store, or when there is a delay."

For Anton, who has a humanities degree from Sofia University and has worked in various kinds of businesses for about fifteen years, including in the technology sector, his interest in vinyl dates back to his teenage years and his admiration for DJ culture and art in the late 1990s. "Later, with the expansion of my musical tastes and the beginning of the vinyl revival (in the early 10s), I started to look for and collect interesting vinyl releases as a way of cultural and aesthetic enrichment and financial impoverishment." Laterna started out as a passion project, as he calls it – he was looking for an endeavor to combine his business knowledge and various interests, and that would allow him to address to the lack of, and difficulty in obtaining DJ and collector's records in our part of the world.

At first, he wasn't really thinking about the business model of an online record store, "but in the end, that's what happened." One of the challenges he anticipated when embarking on this endeavor is that, in Bulgaria, the purchase of a record is an expense that presupposes foregoing other purchases, and is thus not very popular. What he did not expect was that buyers would initially approach Bulgarian online stores with mistrust.

And can we expect Laterna to become a physical store? "That is the right way to be present in the lives of music lovers and record collectors, and a natural step that has been on my agenda since day one. The plans exist, I have yet to decide if they will be implemented or not, and what kind of compromises can be made or not made, because doing something and doing it the right way are two very different things," he adds. Or a store where a full basket equals an empty bin