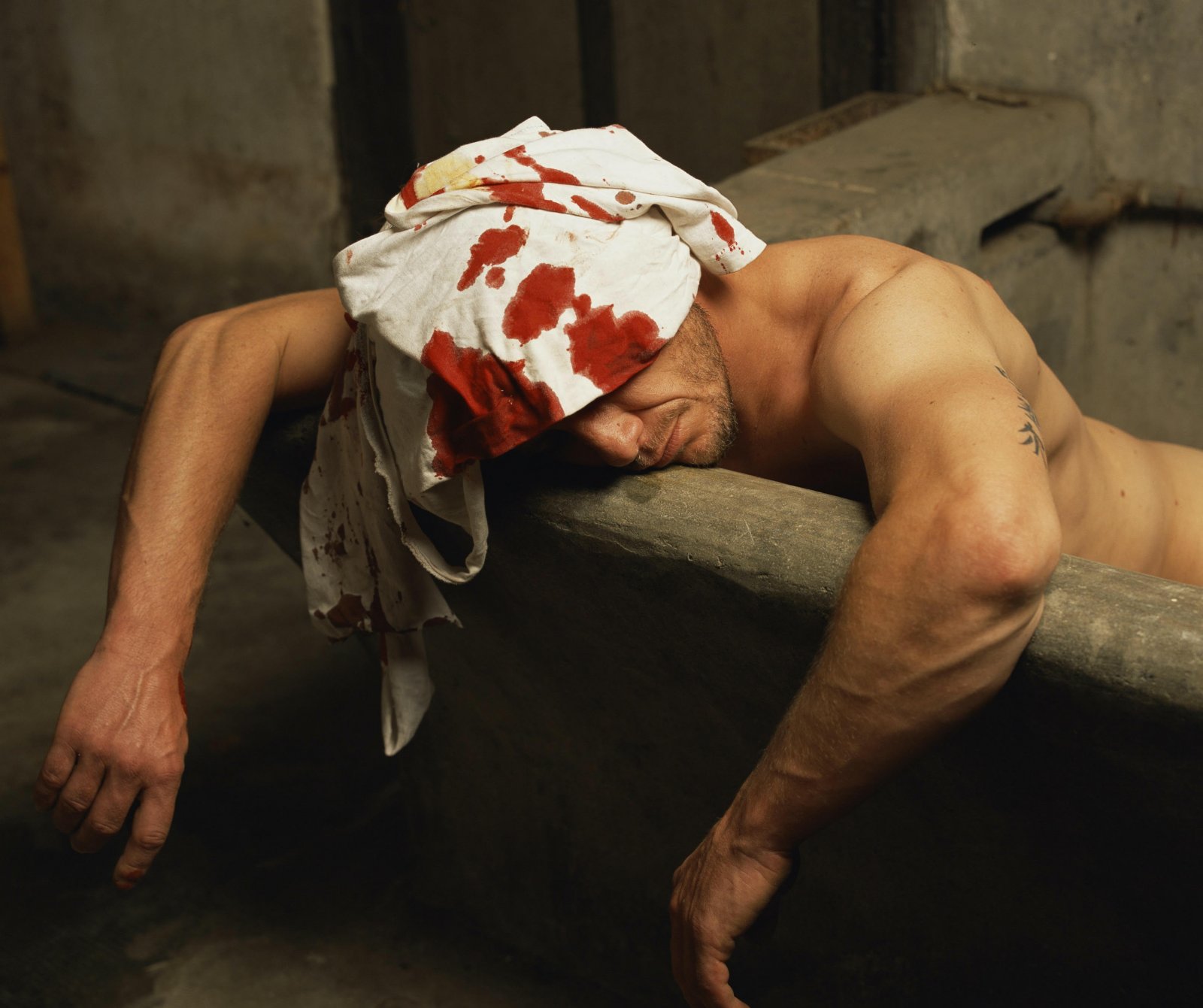 Andres Serrano’s Torture series (2015), along with his film, Insurrection (2022), have arrived to Sofia’s National Art Gallery. The artworks are presented as part of Masters of Photography implemented by the MUZIS Foundation, and are produced by the London-based arts organization, a/political. The exhibition open on September 16th and will remain open until October 27th, during which viewers can see some of Serrano’s most recent works. The exhibit addresses complex issues that are profoundly political, discussing disquieting aspects of human nature both individually and collectively.

With his two ambitious projects, the artist traces people’s innate drive towards fear and violence. Serrano also points to political and social narratives’ ability to shape our emotions, opinions, identities, and actions. Torture and Insurrection do not take an informative, passive position. They highlight the very real effects that fear and violence have caused throughout history—including the torture and marginalization of human beings at the hands of authority, and the basis upon which radical politics and fervent nationalism have evolved. 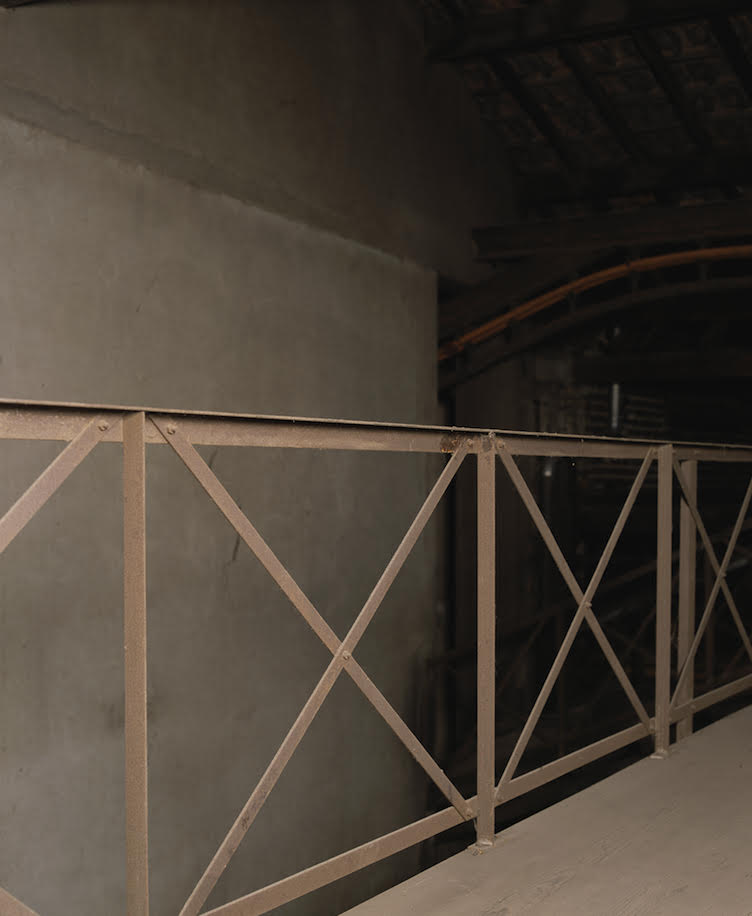 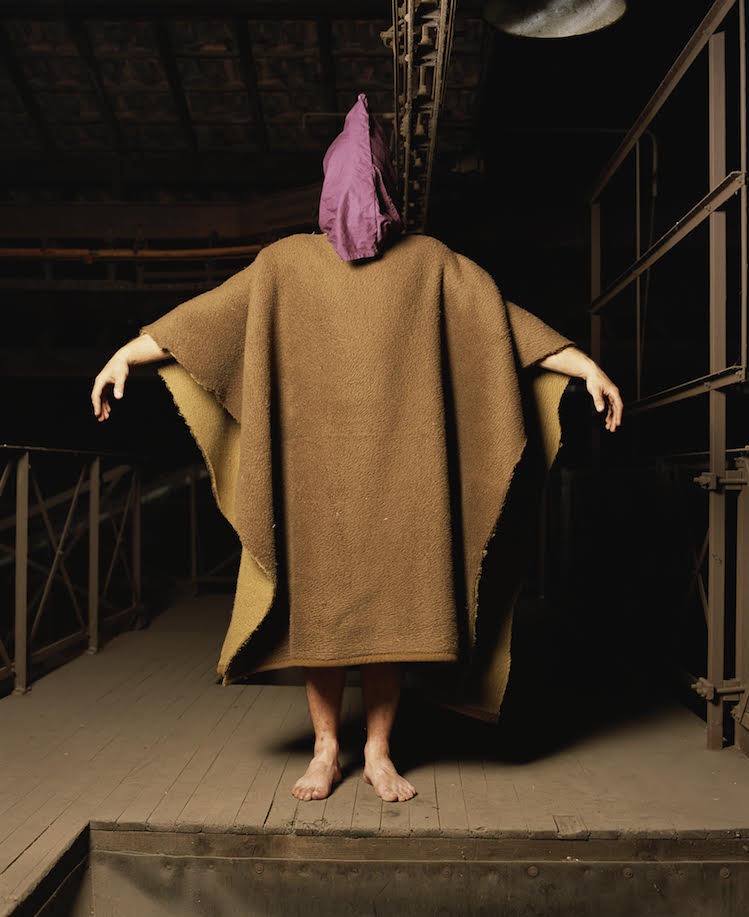 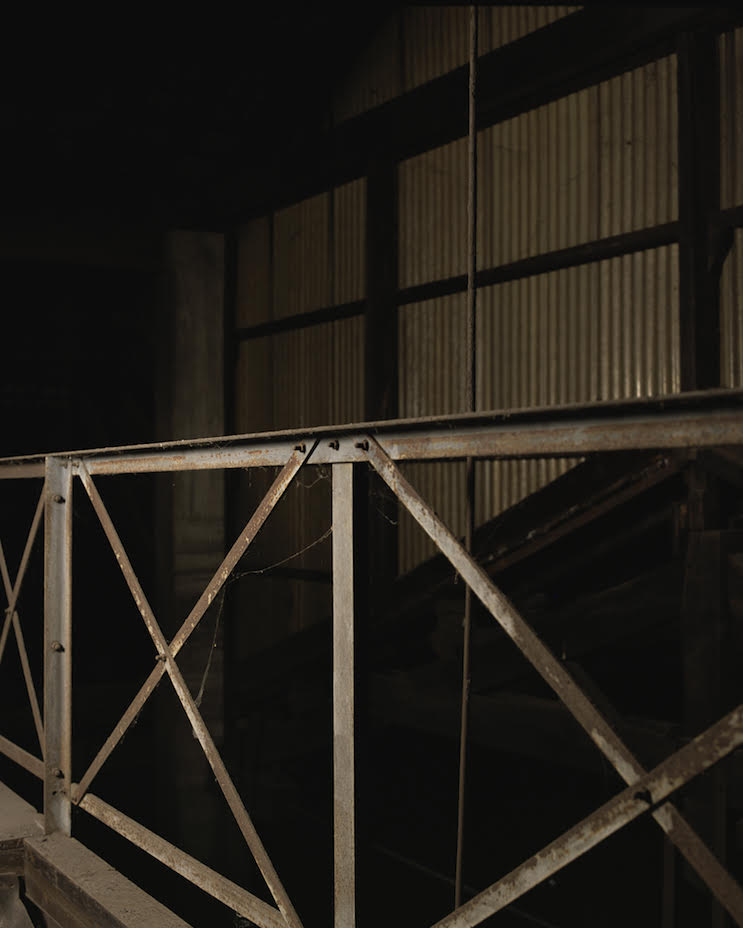 Serrano’s message is as topical to today’s political climate as it has been in a myriad of past critical events. We are most familiar with, and directly affected by, the horrific happenings that have taken place especially over the past century: the two World Wars, the rise and fall of Fascism and Communism, the Holocaust, the Cold War, and most recently the war in Yugoslavia, the war in Afghanistan, the emergence of terrorism, the election of Donald J. Trump, and presently, the war in Ukraine. Presented within the Bulgarian context, Serrano’s artworks can reverberate locally. 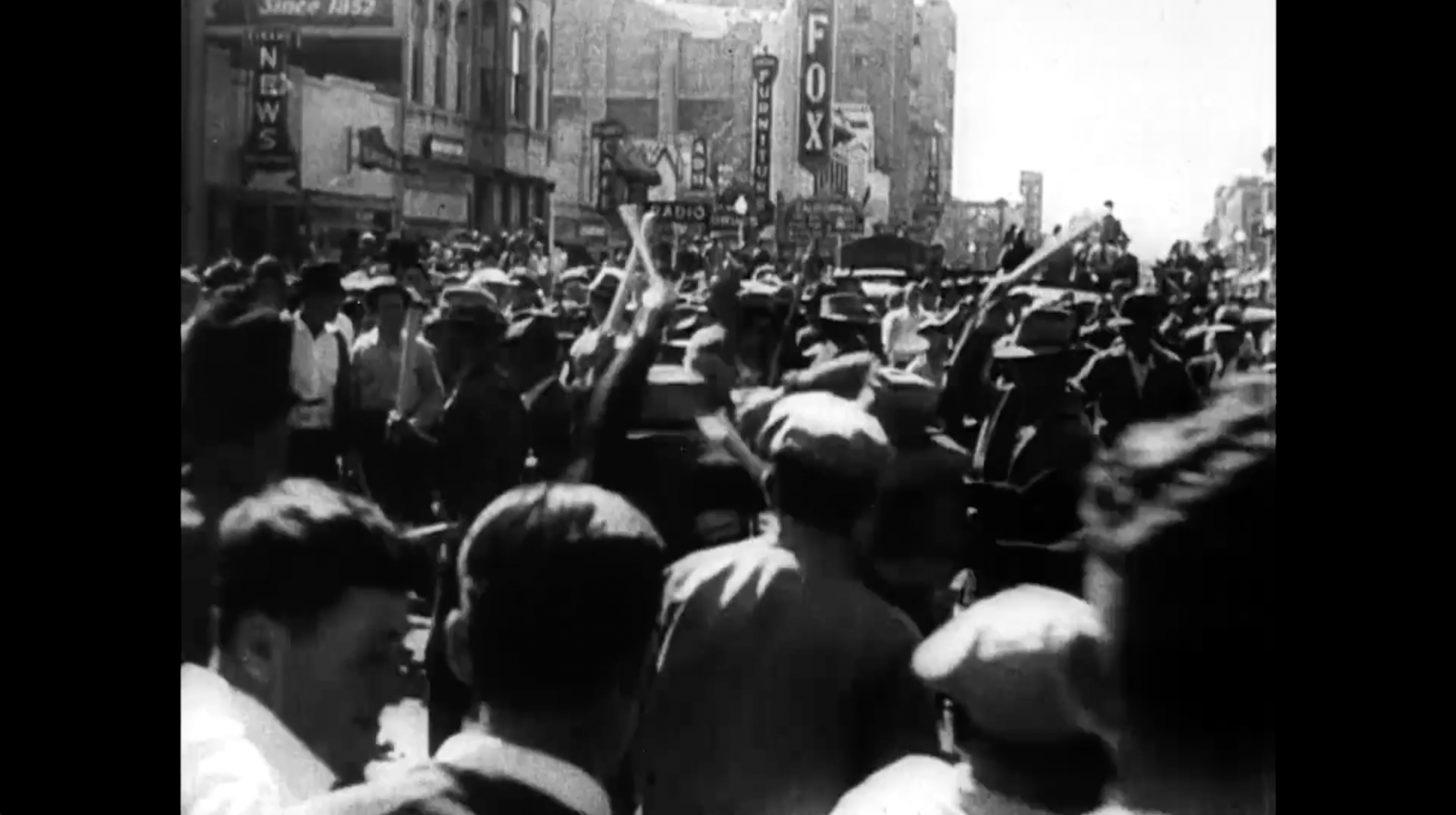 Film still from the film Insurrection (2022) by Andres Serrano; courtesy of the artist and a/political

The appalling consequences and generational trauma of radical politics is in Bulgaria’s recent collective memory. They also maintain present-day cultural and political issues. We are well-aware of the Communist party’s corrupt and violent tactics that left the nation scarred—tactics that bred fear and distrust not only in the other, but ultimately in our very own governance. Serrano’s hour-long film Insurrection focuses on recent political turmoil in the US context, however, it eerily rings distant true to local efforts of past and present radicalization and polarization of a nation.

The film opens with one of Trump’s statements—“Maybe hate is what we need if we are gonna get something done”. His rhetoric is one that breeds animosity and suspicion. Trump was aware that fear is at the basis of hate. Conjuring up a common antagonist, an enemy, can unite a significant group of people, and polarize them. A common enemy conceives a common cause, and a sense of individual and group identity. A common cause for Trump was “to protect our country and our people” from immigrants and terrorists—from unwanted, dangerous outsiders. This extremist viewpoint was also held by some of history’s renowned villains: Adolf Hitler and Joseph Stalin, to name a couple. As a historical parallel, in the case of Communism, nations needed defence against the morally corrupt West. Thus, any which individual that threatened that status-quo was punished. The methods with which people are willing to stand up for this constructed ideology, and to justify their own fears, can be extreme, as seen in Serrano’s Torture series. 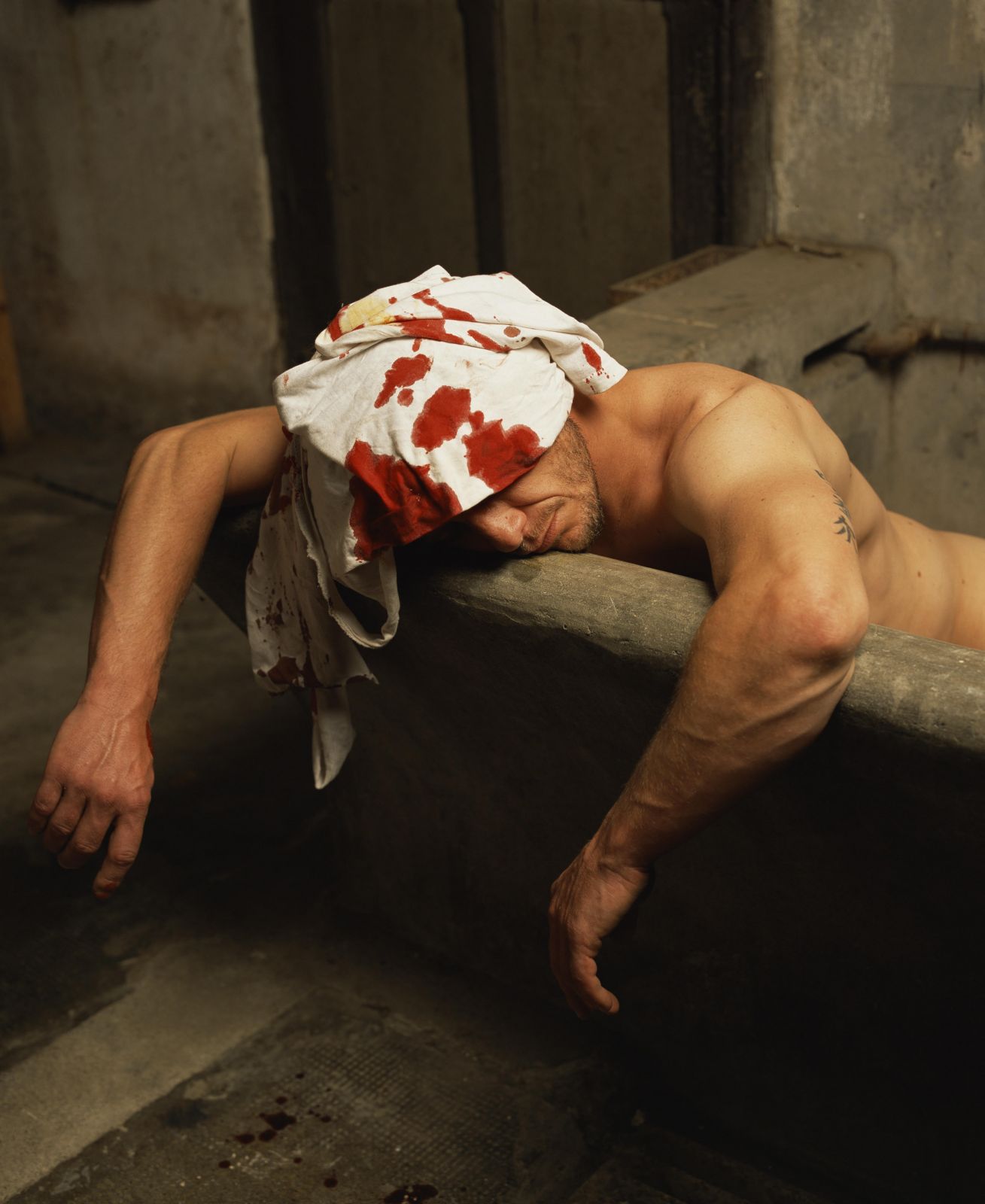 Untitled XIV (2015) from the series Torture (2015) by Andres Serrano; courtesy of the artist and a/political

The Renaissance painting-sized photographs in Torture display torture practices inflicted onto volunteers that opted to be photographed for the artist’s project. In addition to these photos, the artist also captured images of concentration camps, Stasi prisons, torture museums, actual victims of torture, and medieval torture devices. 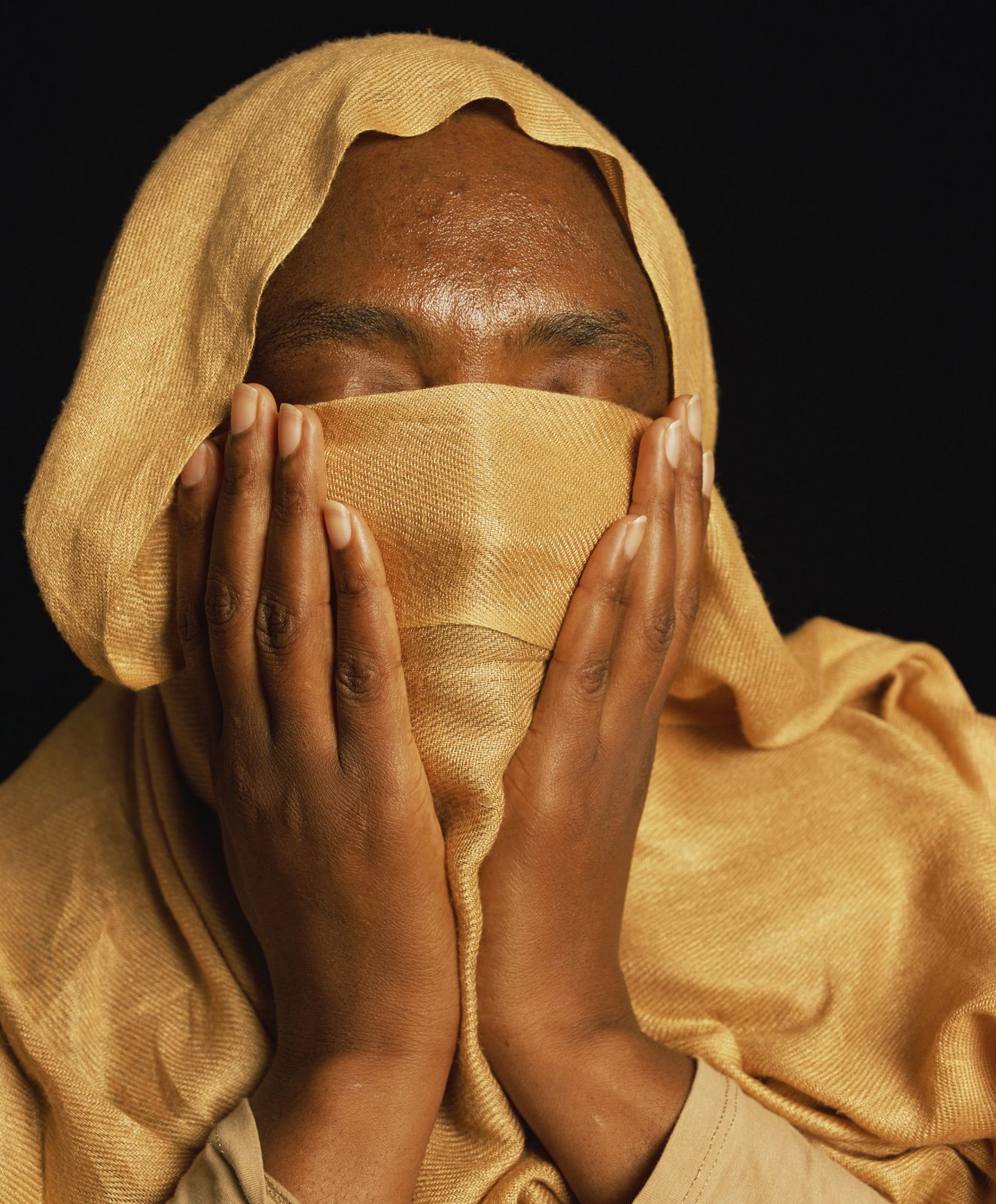 Fatima, was Imprisoned and Tortured in Sudan (2015) from the series Torture (2015) by Andres Serrano; courtesy of the artist and a/political

Exhibited are also the portrait of the ex-Central Intelligence Agency analyst and whistleblower John Kiriakou—the man who revealed the CIA’s widespread use of waterboarding to interrogate al-Qaeda prisoners in 2007. Another portrait shown at the exhibit is of Fatima—a woman that was imprisoned and tortured in Sudan. Serrano photographed her as she protected her face, and her identity, with her veil. Through the documentation of multiple subjects, locations, and objects linked to torture, Serrano’s works flatten time in favor of pointing to torture as a panhistorical and universal human practice. 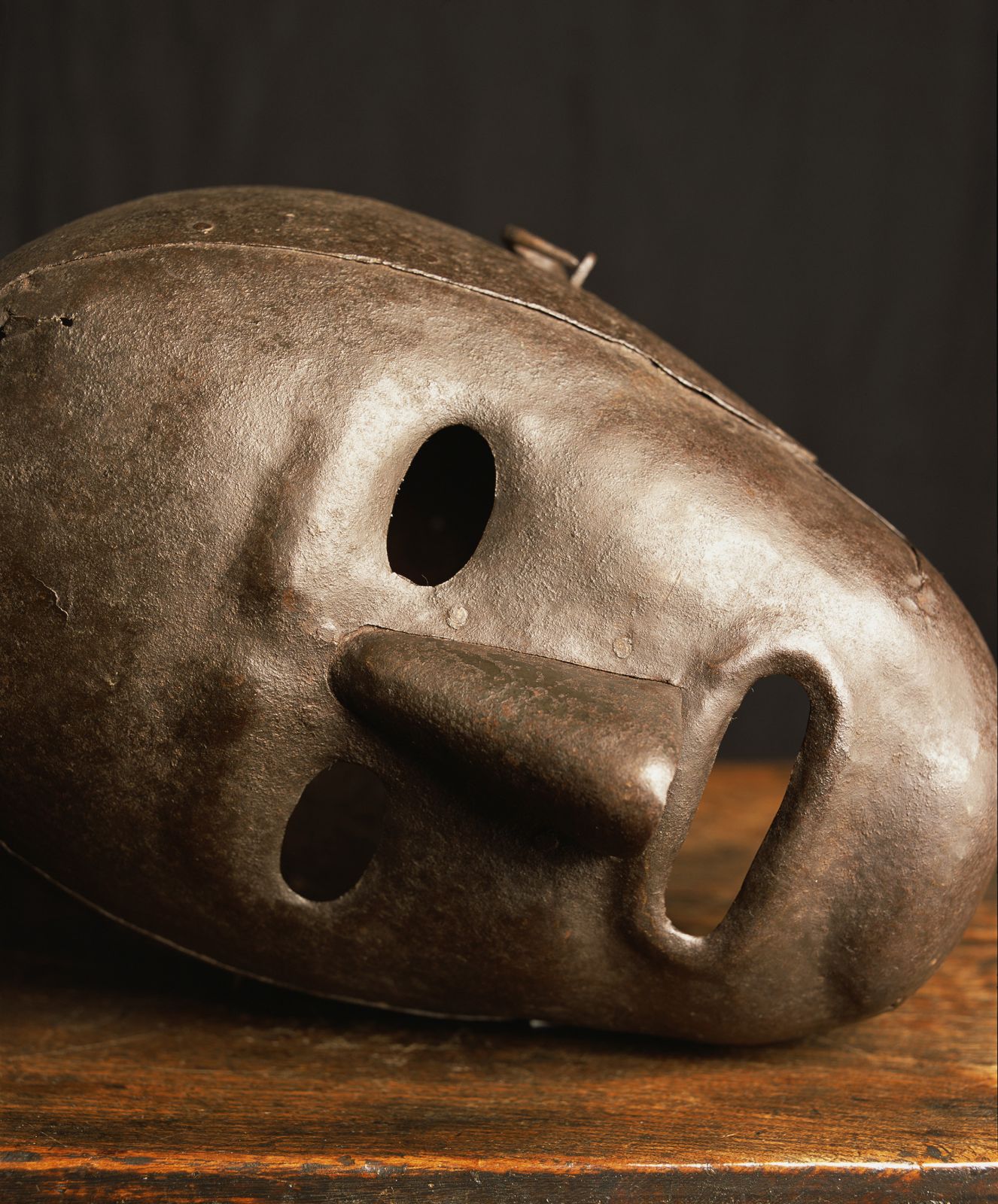 Scold’s Bridle IV, Hever Castle, Kent, UK (2015) from the series Torture (2015) by Andres Serrano; courtesy of the artist and a/political

The artist’s aestheticization of torture describes its brutal reality and underlines the continuing use and cover-up of inhumane crimes against persons considered a “threat” to the status quo. The torture and execution of thousands of people that were found to be “enemies of the people” during the regime in Bulgaria and neighboring countries in the not-so-distant past speaks to the ubiquity of violence across time. When given instruments of power paired with a righteous ideological impetus, people can become dangerous and sadistic. The act of violence and torture is administered by a ruling power and its executioners. Both parties moralize corporal and capital punishment by the overarching ideology of their time. 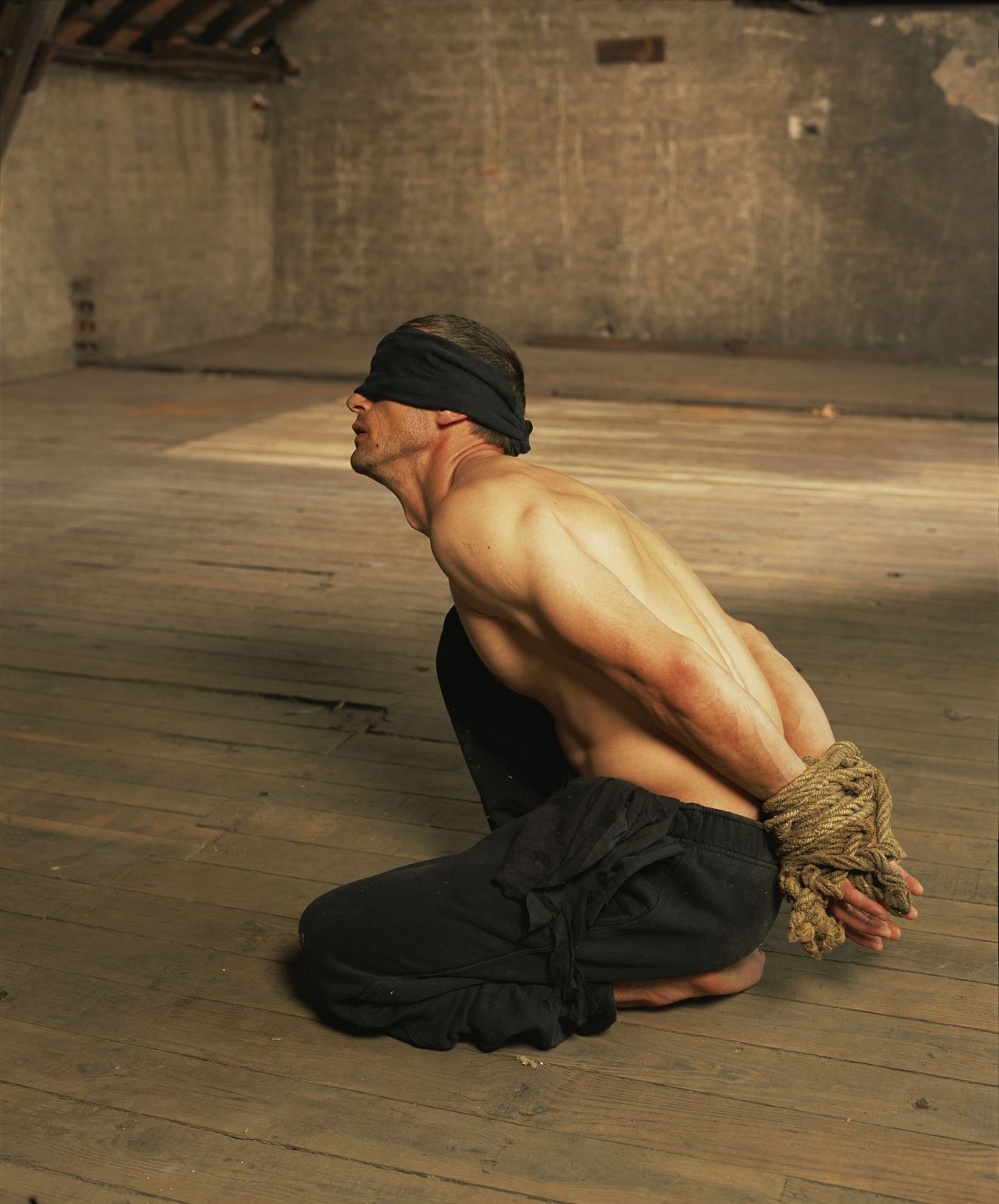 Untitled XIII (2015) from the series Torture (2015) by Andres Serrano; courtesy of the artist and a/political

If Torture provides a view of violence that links history to the present-day, Insurrection highlights the current manipulation of fear and hate. Insurrection reveals the centuries’-long American war-time cultural ethos by combining historical footage of the past 150 years, along with personal footage posted online showing crowd uprisings provoked by political outrage. The film turns the justification behind the events captured upside down. Serrano’s work creates a dreadful, yet accurate, portrait of a nation built upon fear that has nurtured violence, polarization and nationalism. 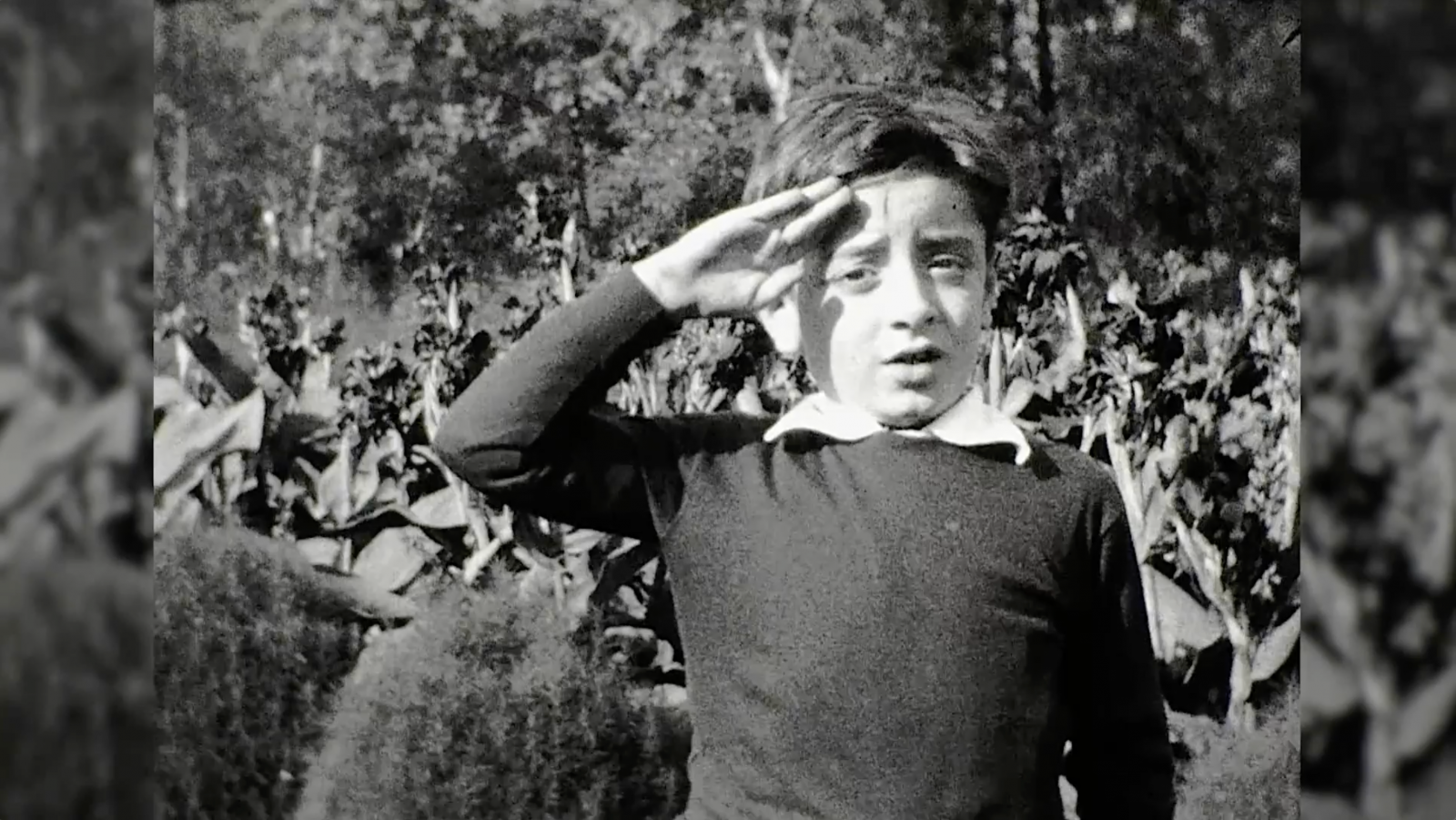 Film still from the film Insurrection (2022) by Andres Serrano; courtesy of the artist and a/political

Despite Insurrection’s focus on recent events that have taken place in the States—namely the United States Capitol attack in early 2021 during which a mob stormed Washington DC’s Capitol Building seeking to keep Trump in power—the film’s message can apply to the political and societal radicalization as consequence of the present-day war in Ukraine. A madman’s agenda to breed fear for the sake of power has destabilized and divided populations. The real consequence is thousands of lost lives by violence at the hands of authority and its executioners.

Serrano’s works point to disturbing aspects of human nature that loop in time, conveying that political and social ideologies have, and will continue shaping our beliefs, and thus, actions.

WHEN: 16 September - 27 October
WHERE: National Art Gallery - The Palace, Sofia
The Bulgarian premiere of the movie "Insurrection" is on 16. September from 19:30 to 21 o'clock in the Ball Room of the gallery. The Unknown Soldiers of Bulgarian Photography

In recent years, Synthesis Gallery has been restoring the fragmented and poorly documented history of photography in Bulgaria