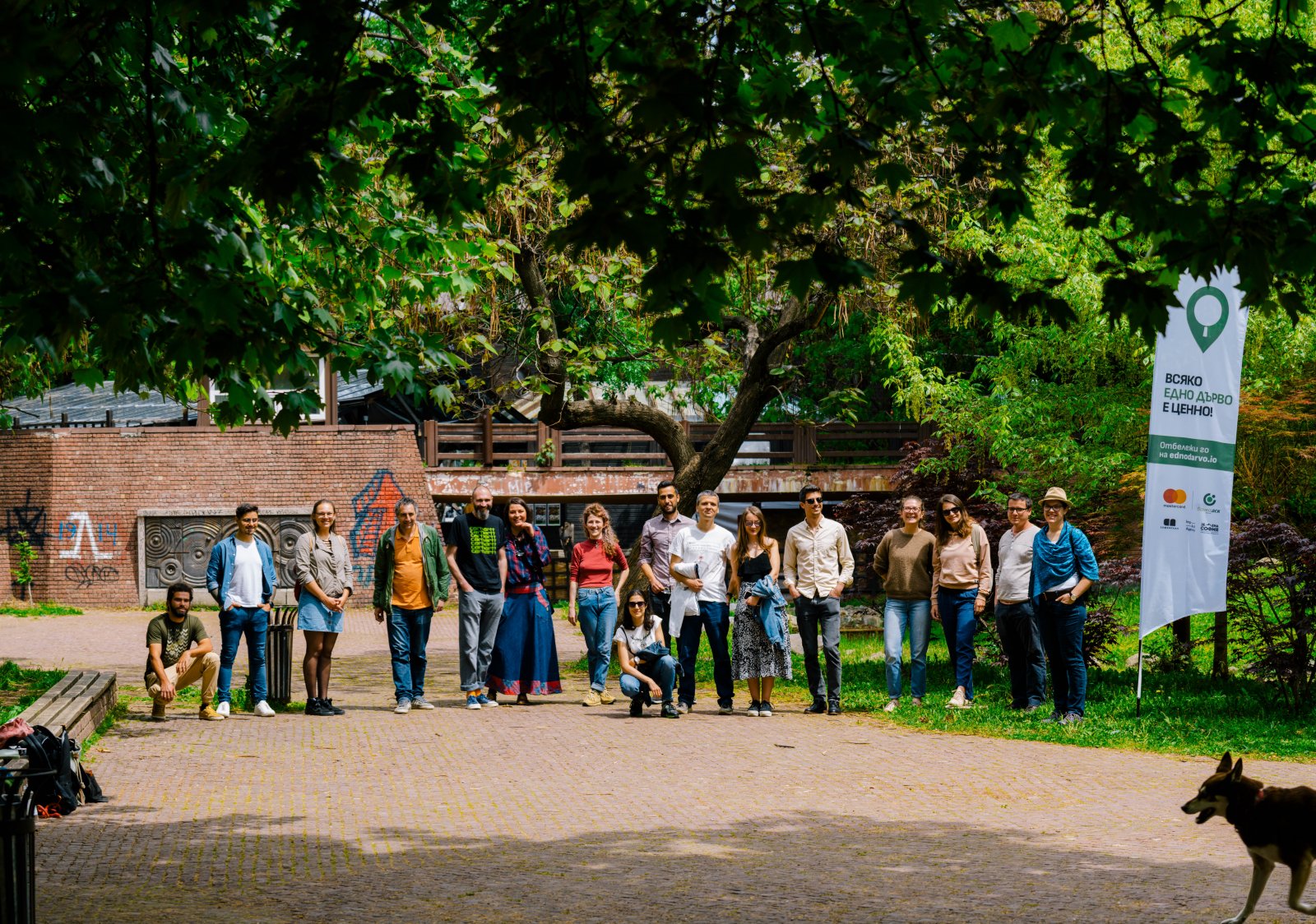 The “OneTree” (EdnoDarvo) initiative started in the spring of 2021, but its roots go deeper in time. The idea for it was born back in 2017 during the hackathon #BG10xEU, when Yordan Dervishev, the software engineer and co-founder of the foundation, noticed that the places intended for planting trees on the sidewalks in Sofia were empty — some had stood empty for years, and some had even been sealed with concrete. He came up with the idea of ​​creating an internet platform where these vacant spots would be tagged and the data would be shared with the institutions that manage them. Later, he met Alexander Petrov, landscape architect and professor at the University of Architecture, Civil Engineering and Geodesy, and with their combined knowledge and care, they further developed the ednodarvo.io platform. A little over a year later, there are more than 600 registered users, and nearly 23,000 trees have been added to the interactive digital map, including stumps and vacant spots. Alexander Petkov and I spoke about the challenges that EdnoDarvo is tackling. 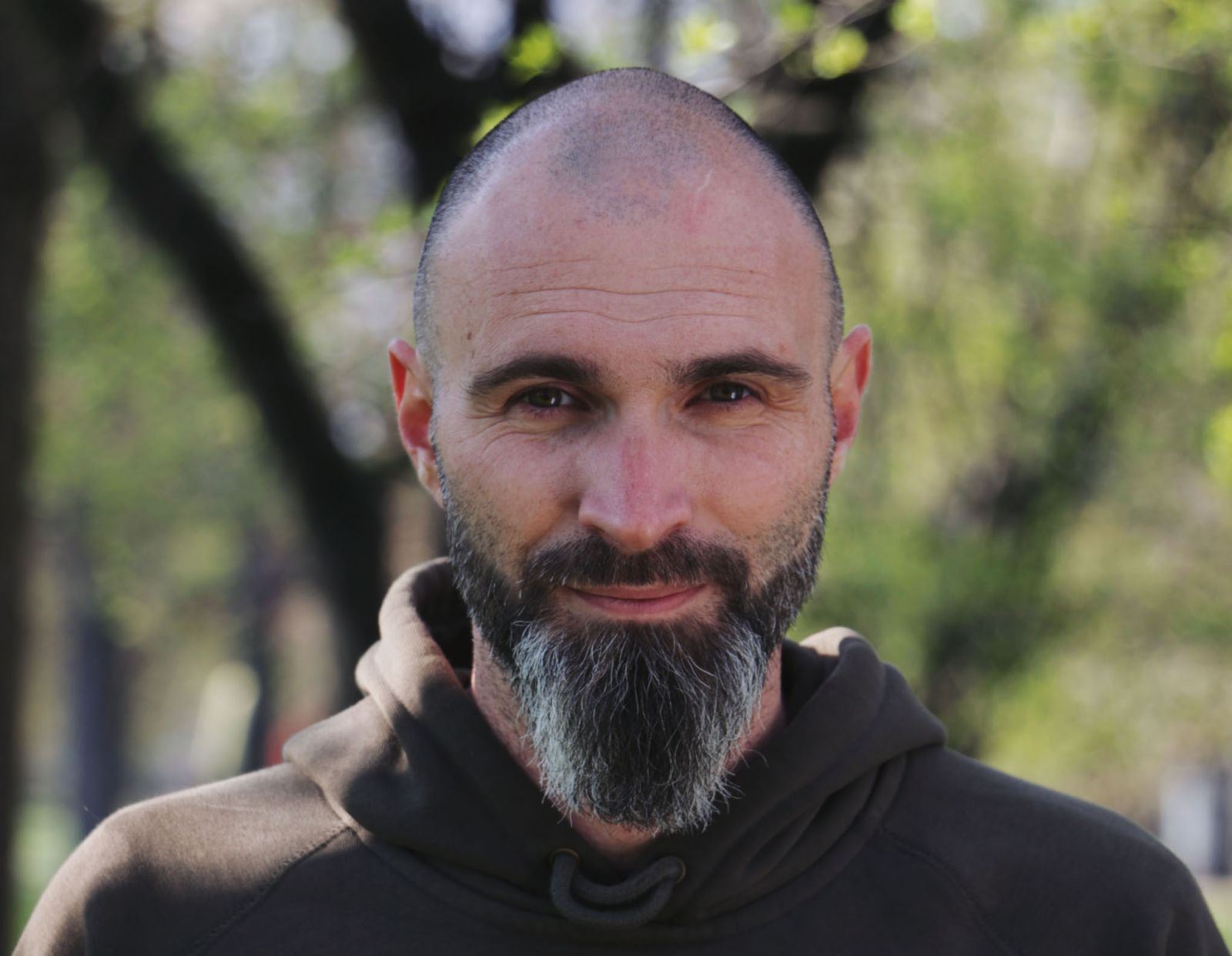 What proved to be the biggest challenge and what was unexpectedly easy?

What was surprising for us was the prevailing lack of understanding on the part of the administration that expert assessment and detailed knowledge of each tree is necessary for maintaining green spaces in populated areas. This lack of understanding is shocking given that, by law, the creation and maintenance of a directory of all trees and green areas is the responsibility of each municipality. Another unpleasant surprise for us was the administration's refusal to involve citizens in the process of gathering information about trees. Yes, some types of damage and issues are visible only to experts, but there are also quite a few things that any person could notice and identify. It turned out to be really easy for young children to use the platform – they do a great job with mapping and taking pictures, and filling in information. 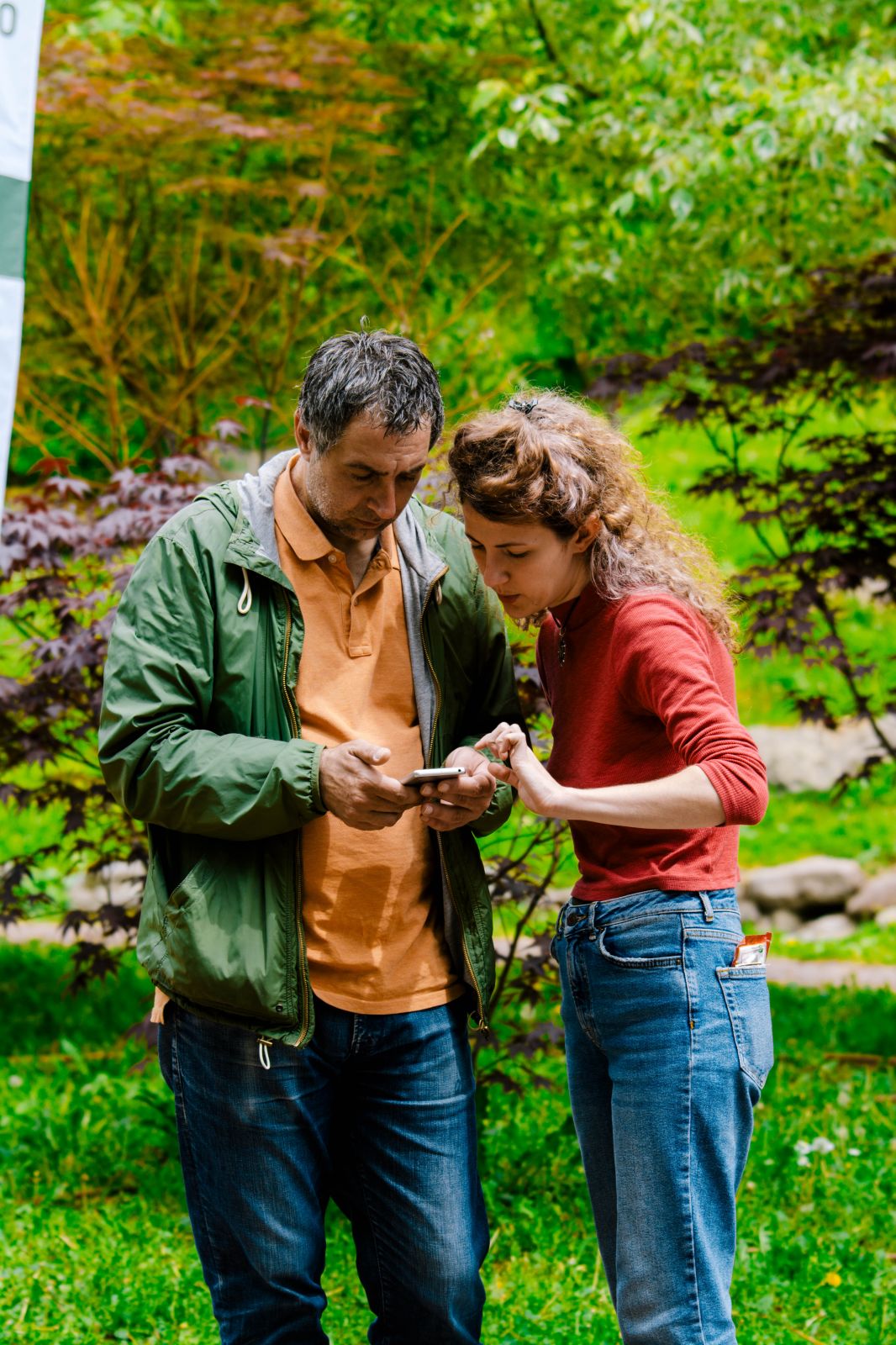 People often take trees for granted. Some even find them a hindrance and take illegal steps to remove a tree or trim it down. Where do you think this lack of appreciation and respect for trees comes from?

There are not that many people who think of trees as obstacles. They are usually construction investors who benefit financially from having a larger plot to build on. It is unfortunate that these people do not appreciate the benefits of trees in an urban environment. These benefits, in fact, often remain invisible even to those who love trees. Why is this the case – most likely because in Bulgaria we are fortunate to live in places with good landscaping. The bad thing is that it is aging and if we are not careful, we can lose it, and as it happens often with us humans – we only appreciate what we had when we’ve lost it.

The trees mapped so far are mostly in Sofia. Do you plan to promote the application in other big cities in the country and how will this be useful for their local administrations?

EdnoDarvo is open to all cities and settlements in Bulgaria. We are looking for people to join the foundation so that we can promote our activities in other Bulgarian cities as well.

In addition to what we call the "citizen module" on EdnoDarvo, we recently completed work on another module, which we tentatively called "expert." In June, some of our green experts tested this module in the town of Dobrich. There, on behalf of the municipality (we thank them heartily for their trust), we made an expert assessment of the perennial vegetation in the central parts of the city. We are about to publish our results very soon.

In parallel, we are also developing a module designed to support municipalities in managing and caring for urban trees. The ednodarvo.io platform allows the accumulation of historical data for each tree on the map. About its features, issues and current condition. This creates the opportunity both for tracking its development and for preparing an analysis and drawing up plans for smart and responsive urban tree management. 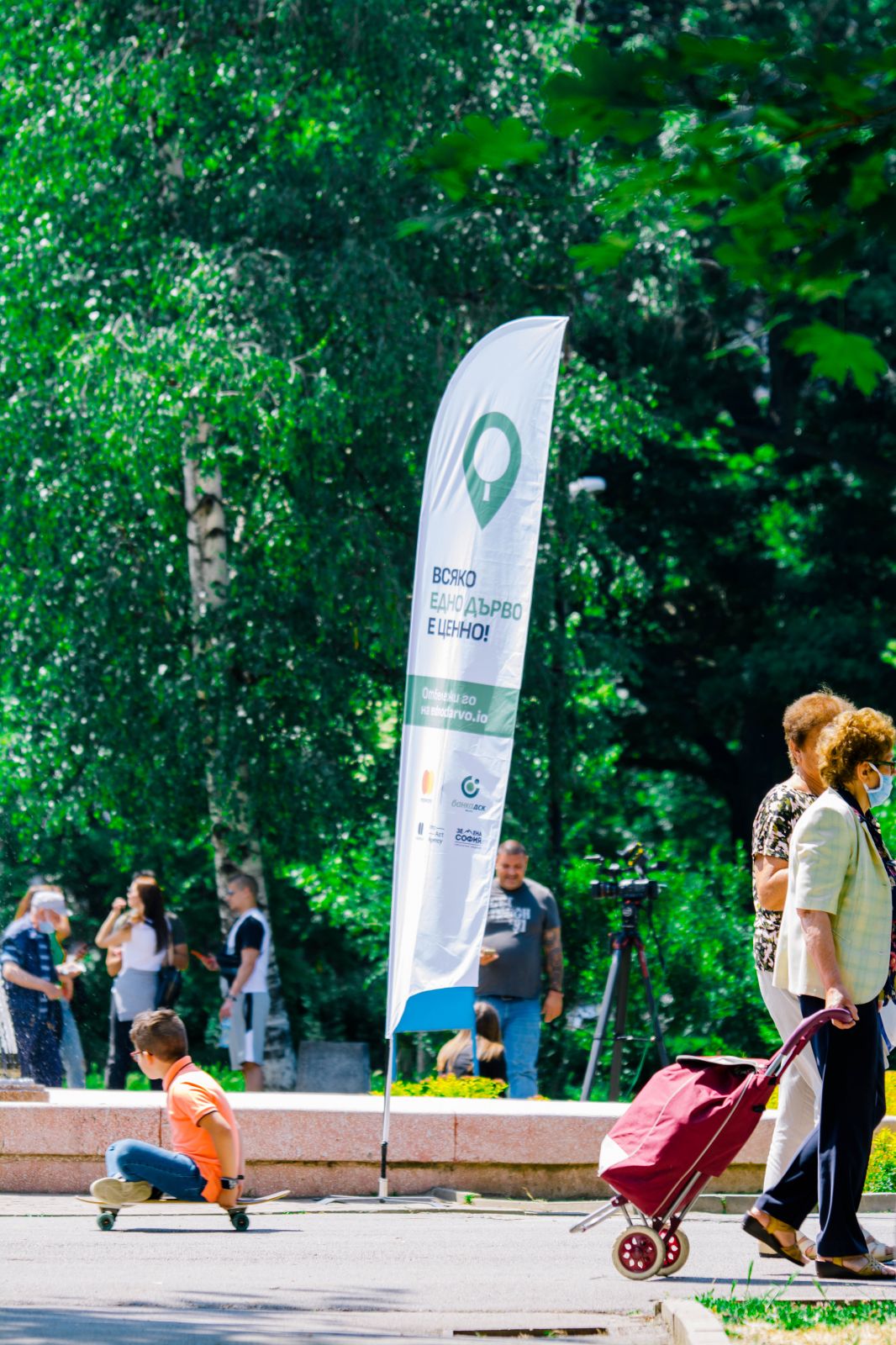 What are the dominant species in our cities? Which of these could we replace with more suitable ones, and how could this happen with as little damage as possible?

The most common species are lindens, ash trees, maples, horse chestnuts, birches, plane trees and oaks. In different parts of the country, they make up a different percentage of urban green spaces, and this is normal, since the border between two climate zones passes through Bulgaria.

In fact, the diversity of tree species in Bulgarian towns is significantly greater than that in our forests. This is excellent as many of the non-native trees in our cities are better suited to the harsh conditions of urban environments than many of our “native” trees. However, there are also species that turn out to be not so suitable over time. The reasons for this are many and varied, but I will not dwell on them in detail now. It is visible to the naked eye that species such as: Acer negundo (Ash-leaved sycamore), Betula pendula (Birch), Aesculus hippocastanum (Horse chestnut), Fraxinus oxycarpa (Polish ash) are often suffering in our cities today. This does not automatically mean that they should be replaced entirely by other species.

Cities have a complex morphology. Buildings affect the local environment like small hills or rocks. The conditions for plant life are very different on the north and south sides of a building. Streets and boulevards also have a huge and unnatural impact on the environment. In some cases, trees suffer from a lack of care or improper care, and in others from changes in the environment – excessive drying, over-compaction and/or sealing of the soil, significant air pollution, increase in maximum temperatures and/or increase of temperature ranges, etc.

Changing the species composition in our urban spaces is no less important than the gradual replacement of aging trees and the timely and proper care for tree vegetation. In order for all these things to happen, it is necessary to increase the expert capacity of municipal administrations. In most Bulgarian cities, there is a lack of permanent employees trained to properly care for urban green spaces. We could say that the maintenance of both green spaces and perennial vegetation (trees) is kept to a minimum. It is often reduced to mowing (not always done in an expedient manner) and sanitary pruning (sometimes done right, sometimes murderous), which is woefully inadequate. Given the increasingly tangible negative effects of climate change and, in addition, the aging of the trees in our cities, it is essential that Bulgarian municipalities have long-term, far-sighted and sufficiently flexible plans for the management of their green systems. Tree replacement needs to be expertly planned and done in phases 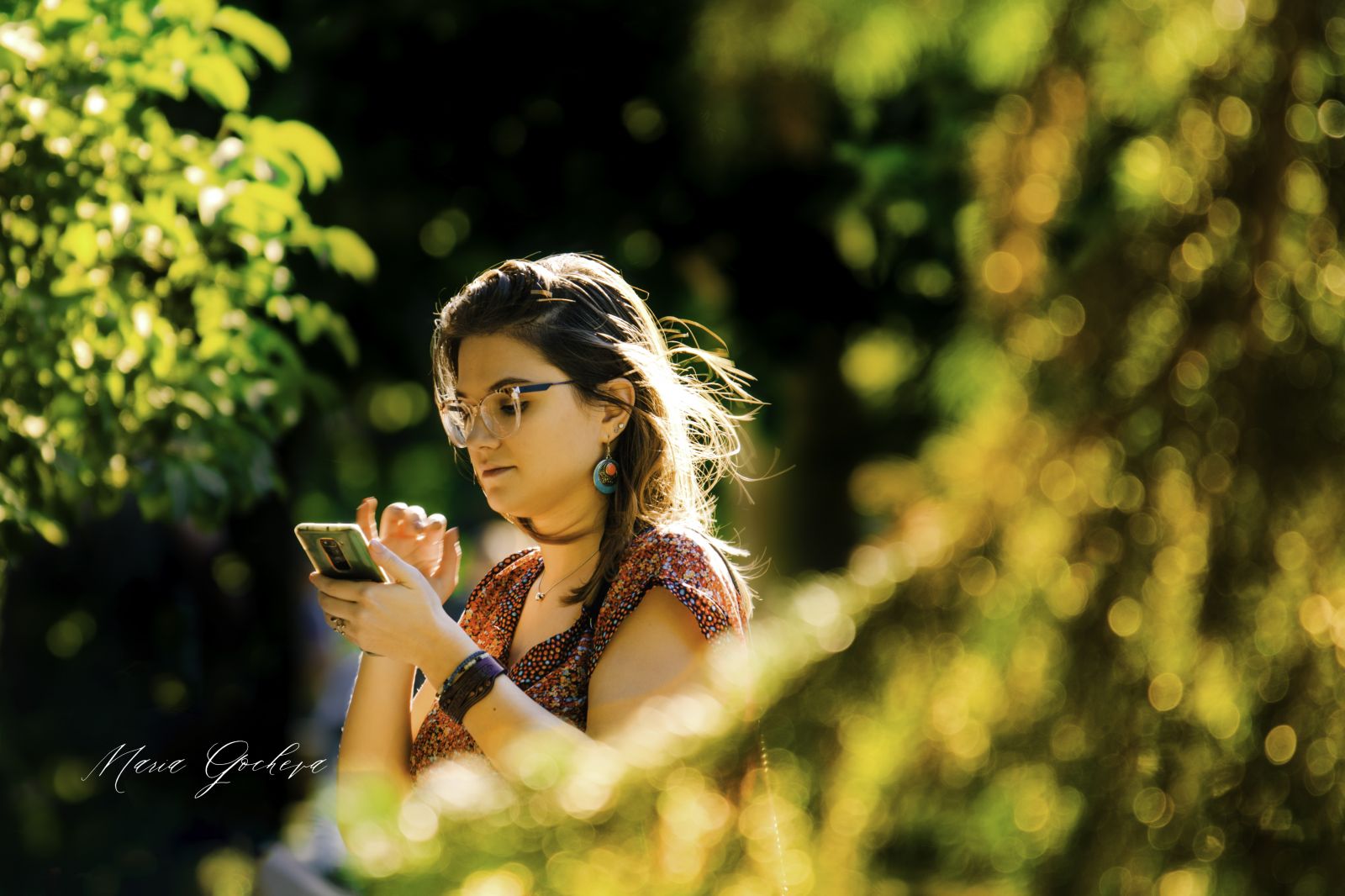 According to scientists, trees have a highly developed and complex communication network and know how to "talk" to each other. What do you imagine the trees in Bulgarian cities say to each other? And what would you like them to say to each other in the future?

Sometimes I feel that trees, these ancient organisms, possess a kind of wisdom unfathomable to us humans. This feeling first arose in me years ago during my visit to Redwood National Park in California. It contains individuals from the species Sequoia sempervirens (Evergreen Sequoia), which are more than 2,000 years old! There are trees growing in the cracks of the bark of some of these trees! Can you imagine how much time that is, and what these giants have seen/experienced? Native Americans (the original inventors of the circular economy and the environmentally-friendly way of life) used to walk in the thickets of these forests. That's why it's difficult and slightly embarrassing for me to answer this question, but I'll try.

"People have been in too much of a hurry lately, it’s quite unnecessary and inefficient," the oak told the chestnut.

"That's right. And the heat is unbearable even for me," the silver-leaved linden joined in. “It's a pity that I'm far from that bus stop and the people there can't take advantage of the coolness beneath my branches. Look at those three poor souls, lined up in the shadow of that metal street pole...”

"One of them recently cut off a large portion of my roots (they were replacing some cables) and now I can barely keep from falling onto the building next to me," the chestnut sobbed and several more of its browned leaves fell on the hot asphalt. And autumn was still far away...

The trees of the future:

"Yesterday, two groups of schoolkids picked some of my fruit. They said they would bring it to a kindergarten where it would serve as dessert for the little ones. I feel better now. My branches were painfully heavy. They didn't take everything. They said the rest is for the birds,” the cherry smiled.

“And I am getting my branches pruned this fall because so many new ones have sprouted.” 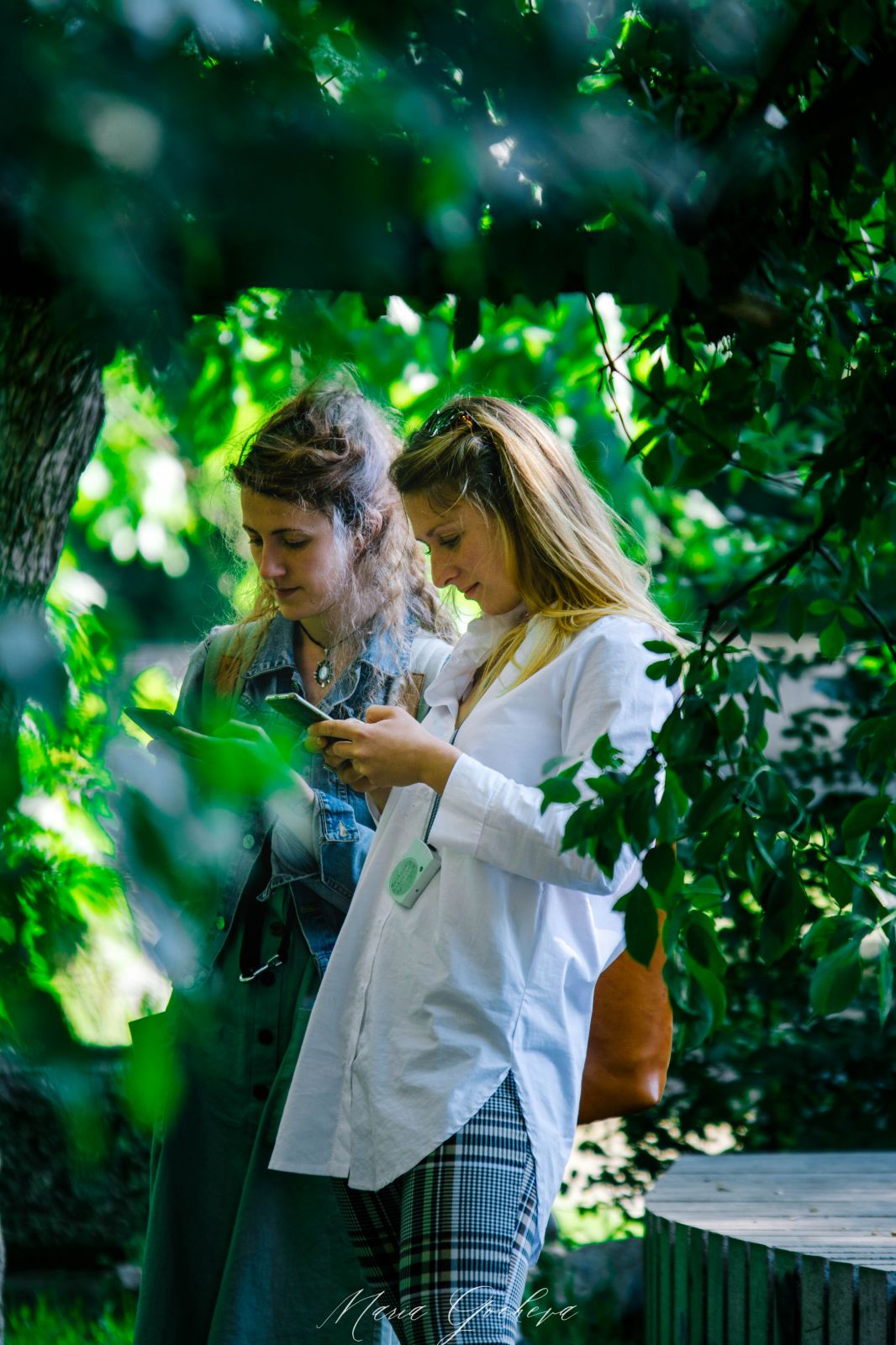 What is childhood without climbing a single tree?

A childhood with fewer ripped sneakers, which might sound good at first, but actually makes us a little sad. It's also a childhood with a very limited knowledge of nature, and that means less self-knowledge.

And if you had to describe yourself through several tree species, which ones would they be?

The EdnoDarvo application can be found at ednodarvo.io, and information about their current initiatives can be found on their Facebook and Instagram pages. Slava Savova guides us through the history of the mineral baths and springs in Bulgaria, and tells us about the future of this recently abandoned heritage